How I Learned To Stop Worrying, And Accept Being Bald

As a balding woman with PCOS, learning to let go of my hair was the first step towards having the hair of my dreams.
alopeciapcos. polycystic ovary syndrome 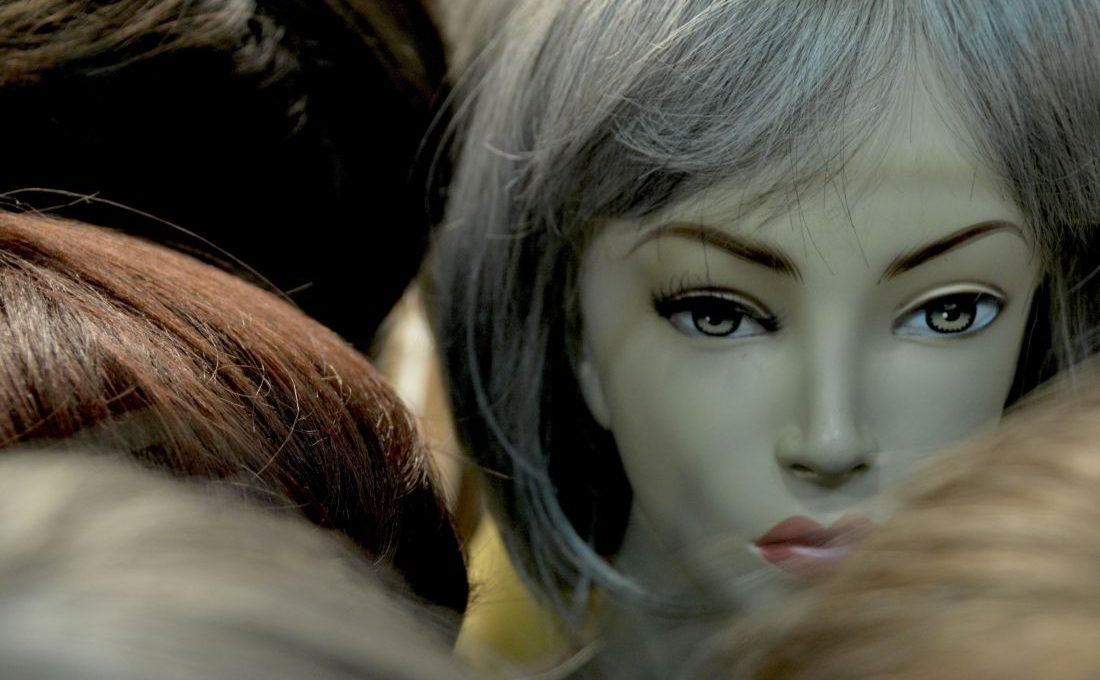 It was a posh salon, and I had no business being there. Because salons are for people with enough hair to do something with, and my sparse strands barely qualified.

Still, there I was, hoping a world-class haircut could give me some self-confidence.

I waited awkwardly on the low leather chairs, refusing offers of cucumber water and chamomile tea from spiky-haired men. Surrounded by mirrored walls, I felt uncomfortable, doing whatever I could to avoid catching a glimpse of myself.

Eventually, the stylist summoned me to her chair. She was blonde and eastern European, shaped like Barbie’s mother-in-law. Under her hyper-judgmental gaze, I sweated and squirmed.

“Hmm, I’ll see what I can do,” she said, doubtfully, as a woman a few yards away took a surreptitious photo of me with her phone.

That was four years ago. It was the last time I had a proper salon hair cut. Not that what I walked away with would make anyone’s style book.

Never Had Much Hair

As a woman with a complex of dysfunctional hormone symptoms called polycystic ovary syndrome (PCOS), I never had much hair.

At best, I had a normal amount, but the actual body of my hair was so fine that the most I could ever do with it was a skinny pony tail or flaccid 1980s perm. But after fertility treatments and pregnancy, even this meager supply of hair failed me. Now I was no longer thinning: I was balding.

Wear hair? That is an option?

After my humiliating salon experience, I turned to the the internet to see how other women with PCOS were handling hair loss. There, I discovered a whole community of women in their 20s, 30s, and 40s trading tips for how to conceal hair loss and “wear” hair.

Wear hair? That is an option?

After feeling helpless since my 20s, I suddenly found myself exposed to an secretive subculture of other youngish women, all struggling with thinning or balding scalps. Navigating this hair loss dark web would teach me how to use fake hair, but to do so, I would have to get over my fear of exposure—of the fear that someone who had known me for years might suddenly point out my luxurious artificial locks.

My first fake hair arrived in the mail, long and blonde with dark roots that made it hard to blend with my natural tint. I unboxed it that afternoon with only my 2-year-old daughter watching. Seeing myself in the mirror with a full head of hair for the first time in 40 years, I felt ridiculous. But when he came home, my husband–though confused at first–was supportive, despite the fact that I endlessly badgered him with insecure questions about how I looked.

Still, the early results were promising. So I continued to turn to my members-only hair loss support group, learning more and more about the mysterious art of wearing fake hair.

There are two types of wig-wearers: the out and proud, and the totally undercover.

There are two types of wig-wearers: the out and proud, and the totally undercover. I chose to be open about my new look, which led to several conversations where friends claimed they couldn’t tell that my new hair was not real.

Even if the mean girl voice in my head said they were lying, I kept putting on my hair and playing the part, acting confident. In private, however, my husband endured a thousand questions. Did my hair look good? Did I look weird? Could people tell it was fake?

Unfortunately, I didn’t realize someone else was picking up on my obsession — my now three-year-old daughter

Taking A Step Back

One autumn afternoon, as I brushed my daughter’s long hair into a ponytail, I noticed some tiny, patchy spots.

At first, I couldn’t believe it. Am I just so obsessed with hair loss, I see it everywhere? But the same day, I found little hairballs in and around her bed.

She was pulling out her hair.

Worried I was infecting my daughter with my own anxieties, we met with a child therapist. Accompanied by my husband and feeling under-styled in her mid-century home office, I brought all of my guilt to that first visit, convinced that my own obsessions with hair had cursed my child with an incurable case of trichotillomania.

Deliberately not talking about hair made me realize just how obsessed I had become.

The therapist wouldn’t go that far, but she did agree: it wasn’t helping.

“No more talking about hair — hers or yours,” she said. “Make hair a non-issue.”

Deliberately not talking about hair made me realize just how obsessed I had become. To a certain extent, that was natural: after decades of self-consciousness and embarrassment, I’d finally found a way to appear ‘normal’. But in doing so, I’d imposed my own preoccupation

upon my daughter, teaching her by example to constantly judge her own standard of hair beauty.

For both of us, it was time to break the habit of making such a big deal about hair.

Pressing The Mute Button On Self-Consciousness

Even after I learned to press “Mute” on the hair talk in front of my daughter, the anxious dialogue lives on inside my head every time I leave my house wearing a wig.

“Are they staring? Is my tag showing? Was that compliment sincere?”

Yet eventually, I reached the level of a seasoned hair-wearer by saying “So what?” to these questions. I stopped caring if I was “passing”,  if daily shifts in my hairstyle made people uncomfortable. Instead, I embraced a new world view: I can literally have any hair I want.

By letting go of hair, I now have all the hair.

By letting go of hair, I now have all the hair.

I got my latest haircut under the light of the full moon, a time when we release what doesn’t support our growth. My husband wielded the clippers in our kitchen, and buzzed off the last of my thinning strands, leaving me with a buzzcut.

My daughter, rubbing my fuzzy head, agreed. Whether my hair was thick or thin, long or short, real or fake… it was beautiful, all the same. 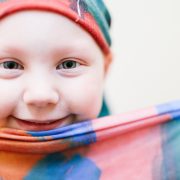 Bald Is Beautiful
Deborah Lynn Blumberg
I Am A Psychopath, Studying Other Psychopaths

What To Do When Your Teenager Has Depression
Don’t miss one more amazing story.
Every week, we’ll send a few of our favorite stories to inspire you.
Send this to a friend
Scroll to top