Just like the tidal zone, there is a space between healthy and sick, and I am finally learning to be happy living here.
chronic migrainechronic migraine syndromemigraines 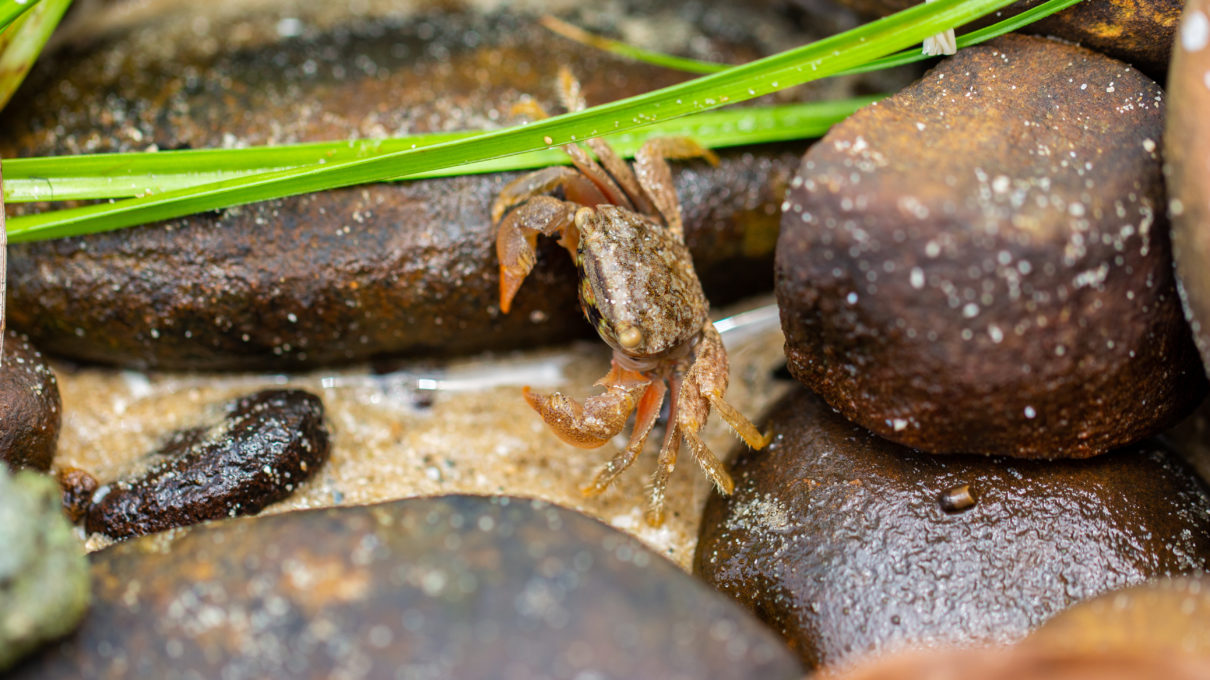 As a child my favorite activity was to walk past the sunbathers to the rocky tidal pools at the end of Stinson Beach. There, I would squat on the rocks and cling with my bare feet like a barnacle, peering into the tiny worlds below me.  I would poke at the creatures within, and collect hermit crabs in plastic buckets to “observe”—which most of the time, of course, just involved them dying from the hot sun.

What was so magical and strange to me about the tidal zone was its impermanence. It changes all the time; blink and you might miss it. That was why I tried to save those crabs. I have always been a collector—flowers, vintage sundresses, pottery, friends—because I am change-averse. Which is why it is so strange and so uncomfortable to me that my life is as mercurial as the tides.

I am disabled by multiple chronic illnesses, including chronic migraine syndrome, which makes every day look different than the last. Sometimes I’m paralyzed with pain; the next, chipperly telling my boss how great my weekend was. It’s a strange reality, which is why it took until I was 24 for someone to come right out and tell me the truth: I qualify as disabled.

Just a few years ago, this conversation would have been deeply upsetting. Growing up, I believed there were two states of being: healthy and sick. Even when I spent weeks confined to my bed, I fought as hard as I could to leave “sick” behind me. I would drag myself from the small bedroom I rented near the subway to make it to the office in time for the morning staff meeting at my first real job, caking foundation on my face to cover the stubborn shadows under my eyes. Even if it meant nearly fainting in the elevator, I was determined.

I believed sickness to be a temporary hurdle in the obstacle course of my life, and if I could just jump a little higher, I might be able to clear it.

I believed sickness to be a temporary hurdle in the obstacle course of my life, and if I could just jump a little higher, I might be able to clear it. Years spent in doctors’ offices had convinced me that health was a destination. I didn’t know what it would be like when I got there, only that I had to reach it even if I nearly killed myself on the way.

It was through yoga that began to change the way I viewed my health.  I started daily yoga practice to reduce my symptoms, but in the end what I gained was much deeper: the knowledge that rather than two points on a map, illness and health are more like companions. They can coexist. And there can be beauty in sitting between them.Looking down at my hands planted on the mat in downward dog, they look miraculous. Not sick or healthy, only beautiful.

Just like the tidal zone, there is a space between healthy and sick, and I am finally learning to be happy living here. It takes the average autoimmune patient half a decade to be diagnosed. But the diagnosis is just the beginning. Diagnosis is low tide—everything seems clear, all the debris of an ocean washed up onto a wet and squelching shore. Seaweed, crabs, beer bottles, empty bottles of pain medication, sick days and doctors’ notes and emergency room visits.

But eventually, high tide returns and with it the confusion of unexplained symptoms, frustrating appointments, long days spent inside.

What’s difficult to remember when the tide is high is that it’s not long before it goes out again and vice versa. It’s not linear. Neither is healing. Both are cyclical, and progress happens so slowly sometimes you don’t even see it. The water line creeps down until the beach is twice the size it was earlier in the day.

On a recent day, my boyfriend and I headed to  Pt. Pinole, an old military base on the shores of the San Francisco Bay and just a short drive from our house in Oakland.

Just like the tidal zone, there is a space between healthy and sick, and I am finally learning to be happy living here.

The narrow path we were hiking hugs the cliffside, offering glimpses of the cerulean Bay sparkling in the midday sun. I felt pulled downward toward the shore, where I saw an opening:a narrow path through the brambles carved roughly into the cliff. I urged my boyfriend to come down with me. To be close enough to touch the ocean and not do it feels fundamentally sinful to me.

When we reached the beach, I kicked off my hefty hiking shoes and leaped them on a log alongside my hat and backpack. Unburdened, I walked toward the shore. The water was clear as glass, and when I cautiously dipped a toe in, I am delighted by how warm it is.

I put my whole foot in, and then the other, and I headed out towards the horizon, my legs caressed by the silken waves. The sun beat down  on my back. I thought of the heating pad at home next to my bed, the way I arrange it when I am aching and frustrated.

I prefer the natural version. I stretched my arms toward the sun and inhaled the salty air.  I smiled and then, running my fingers through the water, I turned back toward the shore. The tide would be coming in soon, after all.

Lauren David
Do you know someone else who would enjoy this story?
You might also like...
Dr. Wrong
Stephanie Harper
When Alcoholism Killed My Partner, The COVID Shutdown Helped Me Heal.

Warrior Surf
Don’t miss one more amazing story.
Every week, we’ll send a few of our favorite stories to inspire you.
Send this to a friend
Scroll to top