How Performing In ‘The Vagina Monologues’ Helped Me Confront My Depression

I may have agoraphobia, depression, and anxiety.... but thanks to my experience acting, the world is now my stage.
agoraphobiaanxietydepression 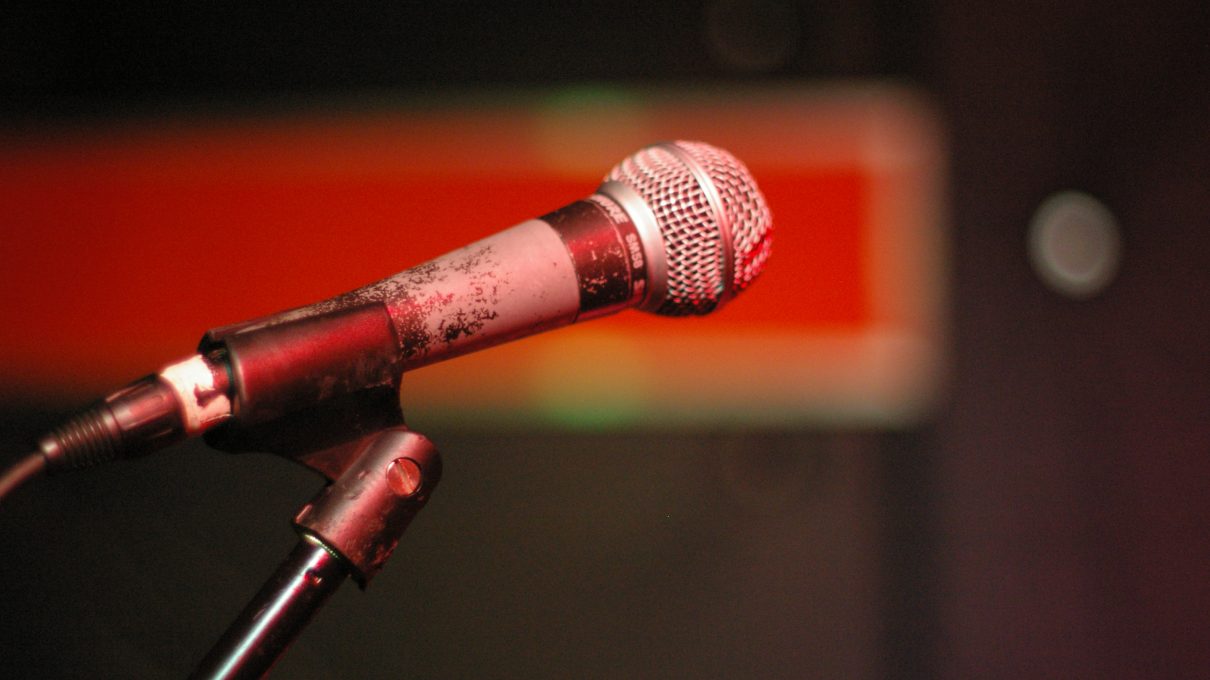 At 40, I found myself on a local University community theater’s makeshift stage in Birmingham, Alabama, performing on stage for the first time in my life.

The audience was only 100 people, but to me, it felt like thousands. I was on stage, making my acting debut as the ‘The Little Coochie Snorcher That Could’, a southern black lady who falls in love with a woman from a homeless shelter, in an adaptation of Eve Ensler’s The Vagina Monologues. 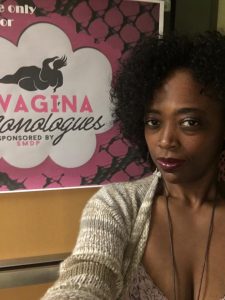 Standing on the stage in stilettos and pink lingerie, my voice started shaking. For the first 10 seconds, the words wouldn’t come out. In panic, I looked at my stage manager, but she just nodded, as if to say: You got this.

Within seconds, I gained my footing. Once I got used to being in front of so many people in sexy clothing, playing a role totally opposite the quiet, reserved person I am in everyday life, a sense of power came over me.

For the first time, maybe in my life, I felt confident and free.

I guess I’ve always felt “crazy” or different. As a black woman, there’s a staunch stigma–more so than for Caucasians–associated with being depressed. It made me introverted and prone to panic attacks.

As a black woman, there’s a staunch stigma–more so than for Caucasians–associated with being depressed. It made me introverted and prone to panic attacks.

In elementary school, I would get so nervous before class, sometimes I couldn’t hold my bowels; I wouldn’t eat all day, just in case it happened in front of my peers. So from a young age, living with social anxiety was my normal: a normal which isolated me from other people my age, and drove me inwards.

Never eat in the cafeteria, miss the bus so you don’t have to sit next to strangers, sit in the back of class where you’ll be unnoticed. Vanish, become invisible, retreat into the abyss of depression and anxiety.

Eventually, I grew so depressed and agoraphobic that I became afraid to leave my home. I ballooned to 337 pounds, only standing up from my couch to go to work or buy fast food. When I wasn’t at work, I was on my red couch, eating fast food. Eventually, when going to see a doctor for a serious sinus infection, he told me he suspect edI had agoraphobia, an anxiety disorder characterized by a fear of open or crowded spaces.

Outside of being called “crazy,” I’d never really had a name for my condition. But now I did. As I read about the symptoms of agoraphobia at home, I realized that the diagnosis fit me like a glove. A spirit of resilience rose within me: I decided, then and there, not to let agoraphobia and depression define my life.

A spirit of resilience rose within me: I decided, then and there, not to let agoraphobia and depression define my life.

A year and 180 lost pounds later, I saw a flyer for the Vagina Monologues auditions.

I had just divorced my husband, who had told me, as he left, that I would never be anything but “crazy” and no one would ever be my friend. Like my agoraphobia diagnosis, it galvanized me. Shedding tears of resolve, I vowed I wouldn’t let him be right, and I would have friends. Chasing my childhood dream of being a writer, I joined a group in Birmingham called Women Writing for a Change. Soon, I had formed a bond with the five women in the group, who accepted me for who I was, and held me to account.It was to my writing group that I first mentioned my whim to audition for The Vagina Monologues. They were wildly encouraging.

Soon, I found myself huddled in a room at the University of Alabama with 25 other women, all auditioning for the same play. When I was first called in, I almost forgot to breathe when I read my first line: “My vagina is a shell, a tulip, and a destiny. I am arriving as I am beginning to leave. My vagina, my vagina, me”. I thought of my first love—a tall basketball player I met in high school—as I read the short piece. Afterward, the set manager thanked me, and said that my name would be posted on a Facebook account if I got the part.

Two days later, I got word I’d gotten the part. 16 women out of 25 made it. Apparently, I nailed the audition.

The night of the performance, I found myself huddling again in a crowded public restroom with these same 15 women. As I nervously prepared myself, I wondered if even a single one of my-costars could have guessed that a year earlier, I’d weighed nearly twice as much, and had been so anxious, I couldn’t even leave my house.

I wondered if even a single one of my-costars could have guessed that a year earlier, I’d weighed nearly twice as much, and had been so anxious, I couldn’t even leave my house.

Like I nailed the audition, I nailed the performance, drawing gasps from the audience as I went off-script with sexy moves and overtures. The part I’d been given—Playing a confident, body positive, queer black woman—was the polar opposite of the part I played in life, and how most of my friends and even family saw me. But I drew strength from it. I realized that if a role like this—in which a black woman goes on stage and proudly owns her sexuality–could become mainstream enough to be in a well-known play like The Vagina Monologues, then maybe, too, the stigma around mental illness could be lifted in the African-American community, and people like me could be more accepted.

Post-Monologues, I still suffer daily from the symptoms of depression and agoraphobia. There are days when I sit for thirty minutes in my car, sweating anxiously, afraid to go to work to face my day. But having proven that I can go on stage has served as a hopeful beacon to me. There remains a stigma of being an African American southern woman who suffers from depression and a fear of going outside, but reclaiming my voice and expressing myself, through acting and writing, has put me on a healing.

I may be recovering from agoraphobia, but the world is now my stage. 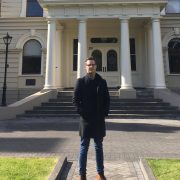 How Crohn's and Depression Pushed This Man Into Law School
Sarah Wilson
How iPods, iTunes And Spotify Can Help Treat Dementia

Community Roundup: What Advice Would You Give The Recently Diagnosed?
Don’t miss one more amazing story.
Every week, we’ll send a few of our favorite stories to inspire you.
Send this to a friend
Scroll to top