How Sgt. Pepper’s Gave Doctors The Ability To Scan For Brain Tumors

Millions of doctors and patients owe a debt of gratitude to the Beatles. If it wasn't for their music, the CAT scan might never have made it to market.
best of 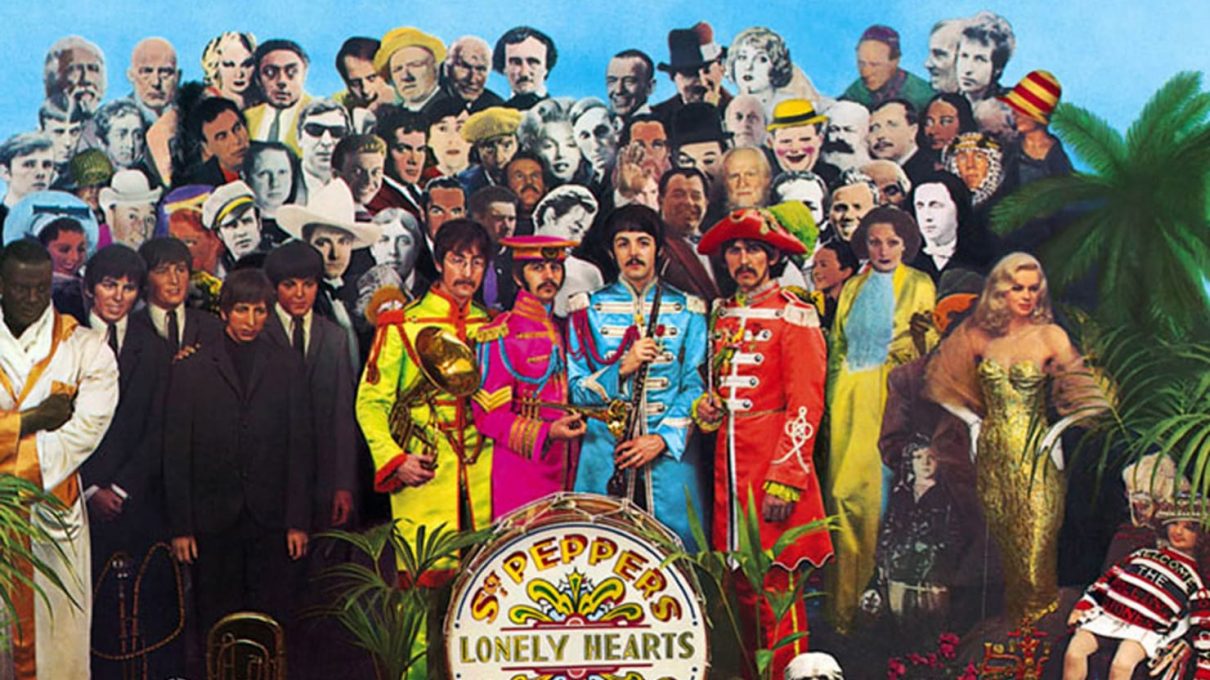 It was just over 50 years ago today that EMI released The Beatles’ Sgt. Pepper’s Lonely Hearts Club Band, a proto-concept album blending perky pop and psychedelia that would go on to be one of the best-selling albums of all time. Topping the charts around the world, it sold 2.5 million copies in three months, as well as garnering numerous awards around the globe–including six Grammys–making it The Beatles’ most popular album to date.

But this record–and others by the Fab Four–also contributed to our health. The same year that The Beatles were changing the world of pop music, their record label, EMI, was sowing the seeds for a cutting-edge medical diagnostic tool.

EMI was more than just a record company. Electric and Musical Industries, created in 1931 when the Columbia Gramophone Company and the Gramophone Company merged, produced records, recording equipment, and a variety of electronic devices. They developed radar equipment during and after World War II, television cameras and transmitters, photomultipliers (a form of vacuum tube), and the EMIDEC 1100, an early transistor-based computer, and much more. With 30% of EMI’s profits coming from sales of records, notable those of The Beatles, the company had large piles of money and needed to do something with it.

It’s getting better all the time 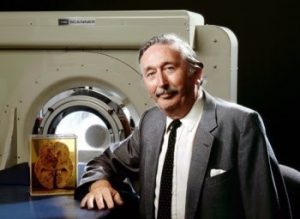 One area EMI focused on was medical equipment. Godfrey Hounsfield, who designed the EMIDEC computer, was on a “weekend ramble” in 1967, the same year that Sgt. Pepper’s was released. A self-taught pianist, he might not have been humming “With a Little Help From My Friends,” but he had “a realisation that you could determine what was in a box by taking readings at all angles through it,” he would say later. His curiosity led to an extraordinary invention: the CT (computer tomographer) scanner, known more commonly in the United tates as the CAT scan.

Hounsfield had no university degree and was mostly self-taught, but he had vision. Perhaps more as an exercise, he developed a computer that could interpret x-ray images in slices and reconstruct the shapes of solid objects. He had no plans for a medical device, but realizing that this idea could be used on humans, Hounsfield tried out his device first on a pickled human brain, then a cow brain he bought from a local butcher. The UK government, seeing the potential in Hounsfield’s invention, provided funding for research and development, and EMI perfected the device. 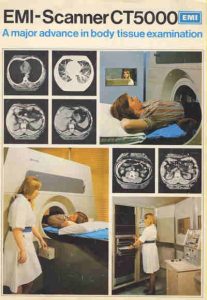 The cover to the brochure for the first EMI CT5000 scanners, which went on sale im 1975.

The first diagnostic scan was performed in 1971, and allowed doctors to see a brain tumor in a 41-year old female patient, revolutionizing medicine, allowing doctors to see more than just bones. Seeing the inside of someone’s brain meant that they would no longer make diagnoses based on symptoms, but be able to confirm the present of tumors and other lesions.

Though the early CT scanner was only large enough to look inside human heads, the next step was to scan an entire human body. Engineer Tony Williams was chosen as the first subject for this, because he could fit in the small device designed to scan heads. When a larger scanner was built, Hounsfield scanned himself, and “reputedly he recognized in the images his lunch of crisps and beer eaten at the Blue Anchor pub.”

Early on, the CT scanner had low resolution (80 x 80 pixels), and took over 5 minutes for each of the 160 scans made. Processing this data took two and a half hours, given the speed of computers of that period. But improvements to the device have turned the CT scanner into one of the essential diagnostic devices. It’s fast, has high resolution, and images are generated almost immediately.

It’s a great story, thinking that The Beatles’ record sales contributed to this medical invention, which earned Hounsfield the Nobel Prize in Physiology or Medicine in 1979, shared with Alan M. Cormack, who had defined the theoretical aspects of computer tomography.

Some have questioned over the years whether or not The Beatles’ recording income was really used to fund the invention of the CAT scanner, pointing out that government research grants far exceeded the amount of investment EMI made. Some have even claimed that it’s an urban legend.

Nevertheless, EMI did pump a large sum of money into the project, both for research, and then for manufacturing and marketing the device, and much of the company’s profits at the time did come from The Beatles. And what’s indisputable is that Hounsfield himself believed that Sgt. Pepper’s had given the world the ability to scan inside the body for diseases and tumors. 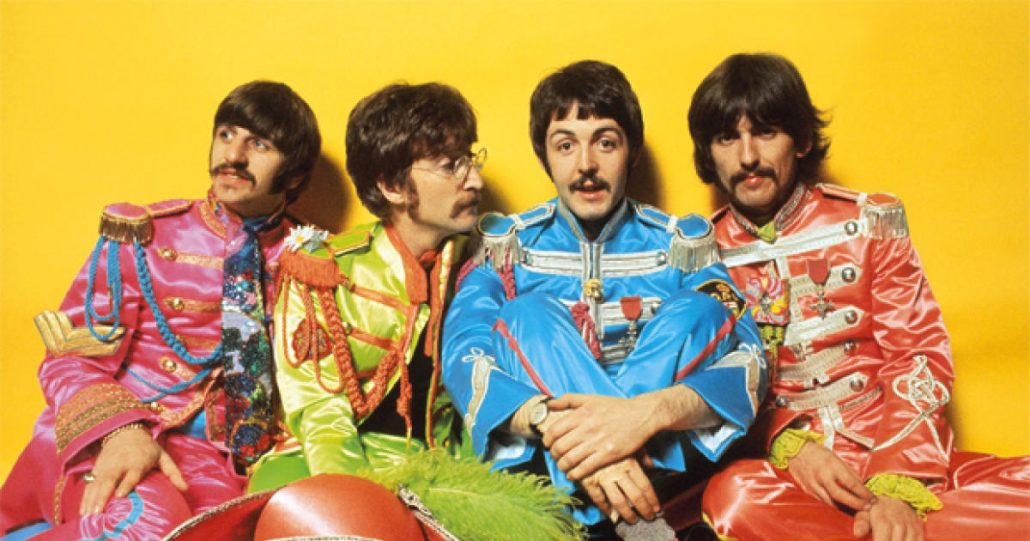 Hounsfield was emphatic that cancer patients owed a debt of gratitude to the Beatles.

“I invited Godfrey Hounsfield to give a lecture immediately after his Nobel Prize was announced,” one acquaintance remembers. “I spent the day with him. He was quite emphatic that the funding he obtained was thanks to the Beatles. He didn’t enlarge on how this came about, but he had a very clear brain and spoke very simply so there was no misunderstanding.”

The CT scanner would ultimately turn out to not be profitable for EMI, but it did revolutionize diagnosis, notably for cancer. Thanks to The Beatles and Sgt. Pepper’s, we really are getting better every day. 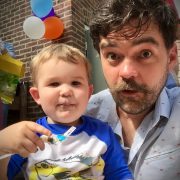 How Do You Talk To Your Kids When You Have Cancer?
Mark Schoneveld
Proof Of Life

Parenting In Public With Love And Lots Of Insulin
Don’t miss one more amazing story.
Every week, we’ll send a few of our favorite stories to inspire you.
Send this to a friend
Scroll to top