After his own near-death experience left him a double amputee, Dr. B.J. Miller became a specialist in the art of dying well.
amputeedeath 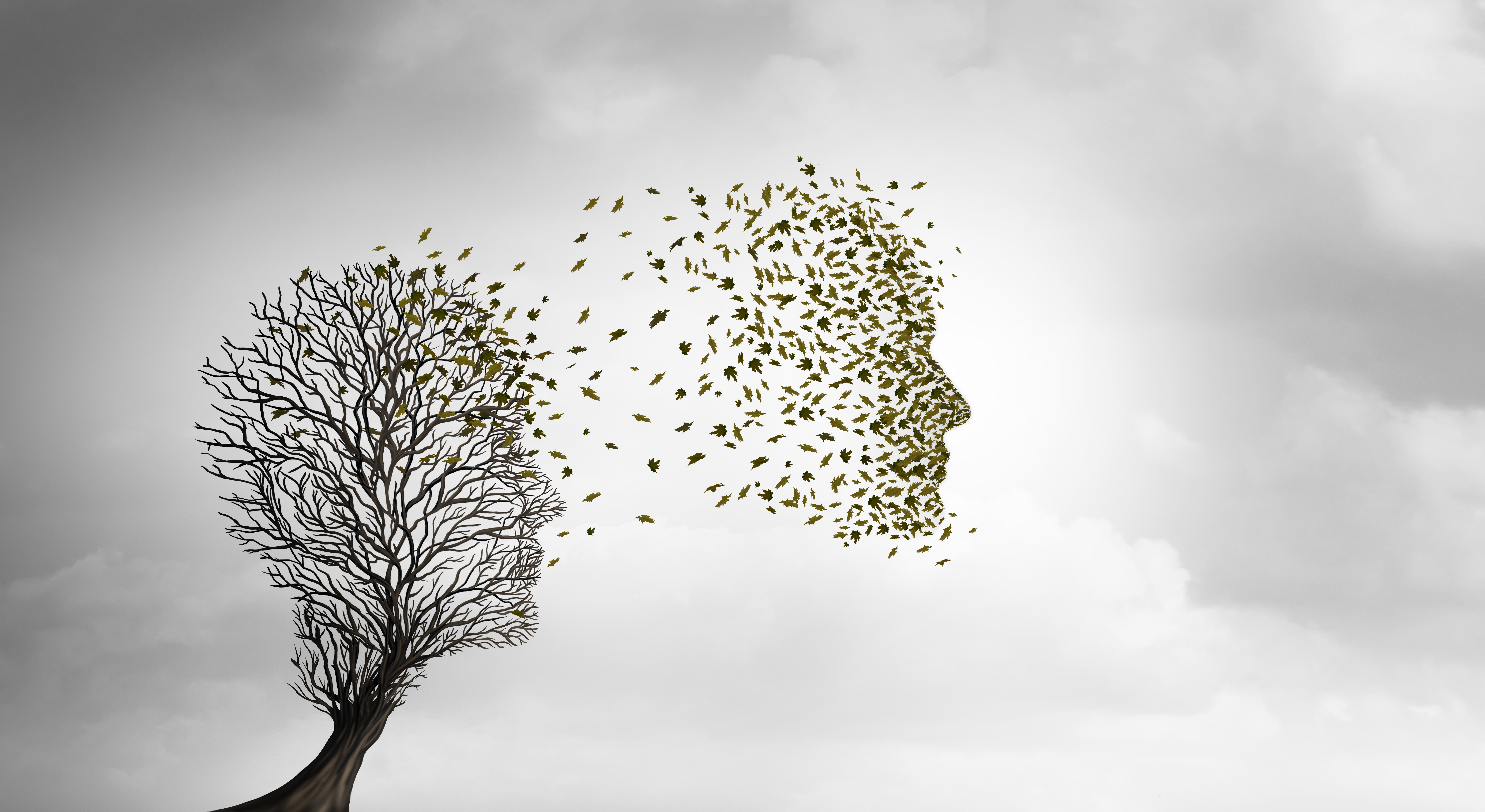 “Only a small fraction of us, ten to twenty precent, will die without warning,” says palliative care specialist Dr. B.J. Miller.

It is important then, he insists, to have your affairs in order before you go. This means coming to psychological terms with the inevitability of death, yes, but also the more mundane stuff. Is your will written? Do you have any secrets or confessions you need to get off your chest? Is your living space clean so that loved ones won’t have to sort through a disaster zone? All of the answers to these questions Miller and co-author Shoshana Berger have compiled in their new book, A Beginner’s Guide to the End: Practical Advice for Living Life and Facing Death. The book is meant as an explainer on all things end-of-life, a kind of Death for Dummies. It is chock full of wisdom.

Miller is no stranger to death. For decades, he has worked in palliative care, much of it as director of the Zen Hospice Project in San Francisco. He is now in the midst of starting Mettle Health, an online palliative care company. He was set on the career path by a near-death experience of his own when, in a youthful spit of recklessness, he was electrocuted climbing atop a parked train car. He barely survived the ordeal and eventually lost two legs and an arm from subsequent amputations.

From Miller’s perspective, Americans too often look at death as a matter of winning and losing. “There is nothing wrong with you for dying,” asserts Miller in the book, which has just been released as a paperback. We “beat” cancer or “lose the fight” to it; we “pass away”; we “succumb.” Miller thinks all of this judgy vernacular of death contributes to our reluctance as a society to speak honestly about the end of our lives and all of the emotional and logistical complexities attached to it.

Folks reached out to Miller from his homebase in San Francisco to hear more.

What are some common misunderstandings about your field?

What do you mean by “identity” issues?

A lot of people will be minding their business and then along comes a diagnosis. That can rock people in all sorts of ways

A lot of people will be minding their business and then along comes a diagnosis. That can rock people in all sorts of ways. One of the major ways we see is in their identity. “Who am I now? I thought I was this healthy robust dad of three who works in the steel industry. Now I can no longer work, I am no longer robust and I don’t know who the hell I am. I feel lost. I’m not sure what my purpose is anymore. People don’t know how to relate to me anymore.” That’s what I mean, by the way we get shaken to our foundation about who we are. Trying to accommodate a big diagnosis into that identity is tricky stuff. Also, just traversing the medical system–if you’re seriously ill, being a patient or a caregiver is a full-time job. That’s not a happy identity for most people. I try to help people see beyond their diagnosis.

Does that shock to our identity contribute to our unwillingness to talk about death?

I think so. We’re terrible at dealing with death because we’re wired to run away from the subject. But we have all these social structures and language issues on top of it. We prize youth. Disability or frailty is considered a weakness. Dying is considered failing. “They succumbed to their illness; they lost the battle.” All the cues we send each other is that dying is a bad thing and something to be avoided. No one includes in that language that it’s unavoidable and you eventually will die, that it’s the most normal thing on the planet. We keep sending sub-signals that we’re somehow aberrant to be sick or dying.

How does one become better at confronting death?

We’re terrible at dealing with death because we’re wired to run away from the subject.

Like any subject, it requires time and care. If you’ve avoided something your whole life and then it’s just foisted on you, well, it’s gonna be terrifying. You’re not gonna be very good at navigating it and there’s just way more pain then there needs to be. Part of the work here is how do we reorient as a society so that our shared view of reality includes illness, disability and frailty and death, so that we can have some familiarity with it again? Things are harder than ever because of healthcare’s tech successes. It just means that it’s easier and easier to defer really thinking about your own mortality. That just makes us worse and worse at it when we finally have to.

What are some cultures or countries that handle death well?

This issue is part and parcel of a larger issue we have in the West in that we’re sort of at war with nature. You see it play out in the climate. We’ve built our history on this idea that humans overcome nature. No civilization gets away with that thinking for too long. Go to cultures older than ours. They will have eventually had to reckon with this piece of reality. If you look at Scandanavian cultures, they tend to do this well–not because they’re older so much as they have a different view towards the group, on society as a family versus a container of individuals.

We’ve built our history on this idea that humans overcome nature. No civilization gets away with that thinking for too long.

One of the ways it’s so hard to navigate illness and death is that you need a lot of help. We don’t have a social structure in place to care for each other. That’s a huge problem that is going to be coming home to roost here in the coming decade as the boomers age. We’re going to be so smacked in the head with this fact that dying really is a team sport. It’s not an individual being extinguished.

In your book you argue for starting a “Death Ed” program in schools. Is that really possible you think?

Entrenching something like Death Ed may prove to be out of reach. But at the personal level, soon we’re all going to be caregivers for ourselves or someone we love and we’re just not going to be able to get away with this idea of death as an abstraction. The shortcomings of how we handle the subject are going to become more obvious and so whether our systems embrace death education or not, individuals are. I see a lot of people that have been making a living in recent years primarily on public speaking about a subject that I used to talk to people about and they would walk away from me. They wouldn’t let me finish a sentence. Something is changing. The public is increasingly interested in this subject. I get invited to talk to school kids every now and then. How long were we able to pretend that smoking wasn’t bad for you? Well how long are we going to get away with pretending that you don’t die? I don’t think much longer.

You write in your intro, “No one is asking that you give up the fear of death”. Why not? Isn’t that the goal?

For me there’s a refinement. Fear is a natural thing, like hunger or any other basic emotion. A better goal is that we learn how to work with our fear. I don’t like being angry, for example. But anger has its place. The bigger question is what do you do with that feeling? We can learn to acknowledge it, look at it, see it for what it is, move past it and not be so afraid. That’s how it’s played out with my patients and myself. The fear doesn’t go away but it morphs because you’ve defanged it by dealing with it.

What are some books on death or thinkers that have impacted your thoughts?

I find the best teachers in daily life. Being a caregiver of my mom who has been disabled my whole life, becoming a disabled person in a near-death experience, then working with thousands of patients over the years. Beyond that I point people to the existentialists, who have a lot to say on this. The great spiritual traditions, Buddhism in particular. The stoics offer us a lot here.

What is a good death?

I say, what’s a better death? Make it relative. I don’t think there’s an absolute good death out there. For each of us it’s a little bit different.

I say, what’s a better death? Make it relative. I don’t think there’s an absolute good death out there. For each of us it’s a little bit different. It has to be marked against the death we’d have if we did nothing, the default death. There are themes. People definitely want comfort, don’t want to be alone, want to be at home, don’t want to leave their families bankrupt, be right with their god, whoever that may be. So there are themes that bubble up. Still, a lot of people say they wanna die at home, but many people don’t. I think a good death ends up being a death that is consonant with the person’s personality. If you tell me you’re a fighter, that’s your identity, well you might be signing up for ICU stays at the end of the life, trying lasting treatment efforts no matter the cost or the pain. I don’t necessarily line up as a fighter. For me it will be a home death. I might want to spend a fair amount of that time by myself. A good death is in keeping with the person who’s doing the dying. It’s self-referential. 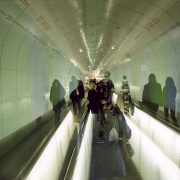 Ending The End-Of-Life Conveyer Belt
Carey Dunne
When COVID-19 Shut Down Her Therapies, Painting Became The Ultimate Pain Me...

My Mother, The Caregiver, Made Me A Revolutionary
Don’t miss one more amazing story.
Every week, we’ll send a few of our favorite stories to inspire you.
Send this to a friend
Scroll to top