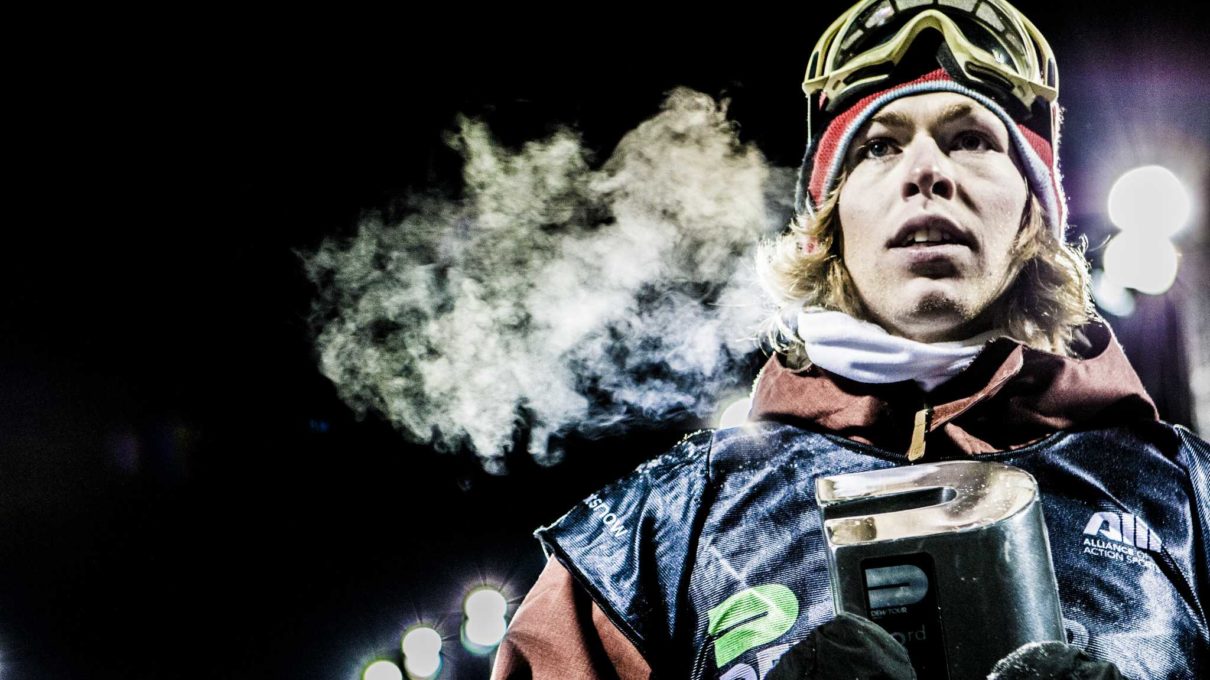 In 2009, twenty-two-year-old Kevin Pearce was at the top of his game—and the name of that game was competitive snowboarding.

Born in Hanover, New Hampshire and raised in Vermont, Pearce, a New Englander through-and-through, thrived in the snow. He and his older brother Adam began competitive snowboarding as they moved through high school, careful to balance athletics with academics.

“I always felt that Adam and Kevin were thoughtful, never reckless,” Pia, Pearce’s mother, told BrainLine. “As they got better, they would try more difficult tricks, but they worked up to them realistically.”

As Kevin Pearce progressed, he began to snag an impressive amount of wins. Two years in a row, he won The Arctic Challenge (2007 and 2008). Then, he won two Air & Style rings in one season, at Nokia in Munich and Billabong in Innsbruck. Pearce competed in 2008’s X Games, earning three medals and also becoming the first athlete to ever compete in three medal events in one day. In 2009, he won another medal at the X Games. Winning against and surpassing many snowboarders older than him, Pearce’s talent seemed unparalleled.

San Diego Olympic snowboarder Shaun White, who began as a skateboarding protégé of Tony Hawk’s, became Kevin Pearce’s main rival as they both vied for the same titles in the same snowboarding events. It appeared as though Pearce would usurp White as the young up-and-comer—they both were preparing to compete in the 2010 Olympic Winter Games in Vancouver, after all.

Pearce, while training on a half-pip near Park City, Utah, attempted a maneuver referred to as a “cab double cork” and didn’t land the trick. Instead, Pearce’s forehead above his left eye took the brunt of the force.

Pearce, while training on a half-pip near Park City, Utah, attempted a maneuver referred to as a “cab double cork” and didn’t land the trick. Instead, Pearce’s forehead above his left eye took the brunt of the force. After being flown to University of Utah Medical Center in Salt Lake City, Pearce spent about three weeks in the intensive care unit. Afterward, he was transferred to Craig Hospital, a specialist in traumatic brain injuries (TBIs), located in Denver, Colorado. Rehabilitation at Craig Hospital lasted four months—Pearce returned to his family’s home in Vermont following treatment.

Lucy Walker’s 2013 documentary The Crash Reel details the White and Pearce rivalry, Pearce’s subsequent traumatic brain injury and the rehabilitation following the severe injury and coma. A poignant and telling moment occurs later in the film when a post-injury Pearce sneaks to the mountains with his friends and tries to snowboard once again. Another accident, he had been warned—even a minor one—would likely lead to a fatality. Pearce avoids injury but discovers he can no longer perform at the same level he once had.

“There was nothing telling me that I couldn’t do what I used to do,” Pearce told The Guardian in 2013. “That was the hardest part, because my brain wouldn’t allow me to see that. It didn’t want to tell me [the truth].”

Unfortunately, this is the norm for sufferers of traumatic brain injuries—not just for themselves but for the people surrounding them: once time has elapsed and the sufferer no longer appears injured, why can’t they go back to how things were? They look fine—there’s been so much improvement! But this isn’t in the case.

According to the CDC, 52% of severe TBI sufferers will further decline or die within five years of their injury. Of those that survive past the five-year mark, 57% are moderately or severely disabled.

Kevin Pearce’s story, ten years post-injury, has a happy ending, though—even if it isn’t the one he envisioned in 2009. After coming to terms with the end of his professional snowboarding career, Pearce and his brother started the LoveYourBrain Foundation in 2014.

Pearce wanted to help traumatic brain injury survivors to be able to “be still” in both body and mind while increasing the all-important neuroplasticity in their healing brains. Post-injury, he discovered yoga as a way to reconnect with his body and help him manage his feelings. LoveYourBrain is a free yoga program designed with traumatic brain injury survivors in mind: accommodating, gentle, kind.

According to the CDC, in 2014 (the last year data was collected), about 2.8 million traumatic brain injury (TBI)-related emergency department (ED) visits, hospitalizations, and deaths occurred in the United States. With stats like these, it’s no wonder the National Bureau for Biotechnology Information has been calling TBIs the silent epidemic for years. And for many of these traumatic brain injury survivors, inadequate insurance stands between them and a substantial means of rehabilitation. Pearce’s program takes the initiative to make healing accessible despite a survivor’s health insurance coverage or lack thereof.

LoveYourBrain comprises a 6-week program that meets once a week for an hour and a half. During that time, traumatic brain injury survivors and their caregivers (if necessary) participate in “gentle yoga, guided meditation, and facilitated group discussion to build community and foster resilience.” It’s a setup that offers solidarity and support—for an injury as alienating as a TBI, this is invaluable.

Kevin Pearce, it took years to realize his deficits wouldn’t just go away. When it comes to a severe traumatic brain injury, there is no “healed,” only a lifetime of healing.

For Kevin Pearce, it took years to realize his deficits wouldn’t just go away. When it comes to a severe traumatic brain injury, there is no “healed,” only a lifetime of healing. But Pearce, who just married partner Kaitlyn Ford on September 21st of this year, finds fulfillment outside of competition by helping others care for themselves and their brains.

“Because I had this thing that I wanted to get back to so bad,” Pearce told National Geographic in 2014, “I put that work in and I did what it took. Teaching a person to be the best that they can be and to love themselves for the way they are, whether they have an injured brain, whether they have Down Syndrome [like Pearce’s brother David], to love who they are is so important.

“So that’s kind of what we’ve been trying to start with this whole LoveYourBrain movement. To teach people the idea of what it means to love the human brain and to love yourself.”

Elizabeth Limbach
Do you know someone else who would enjoy this story?
You might also like...
The Neurologist Poet Who Helps Heal Combat Vets
Brittany Shoot
Ask Ada: My Mother With Dementia Thinks I Abandoned Her

What My Yoga Teacher Taught Me About Managing Chronic Illness
Don’t miss one more amazing story.
Every week, we’ll send a few of our favorite stories to inspire you.
Send this to a friend
Scroll to top