Kirsten Schultz, who has arthritis, wants safe, satisfying intimacy to be attainable by everyone.
arthritissystemic juvenile idiopathic arthritis 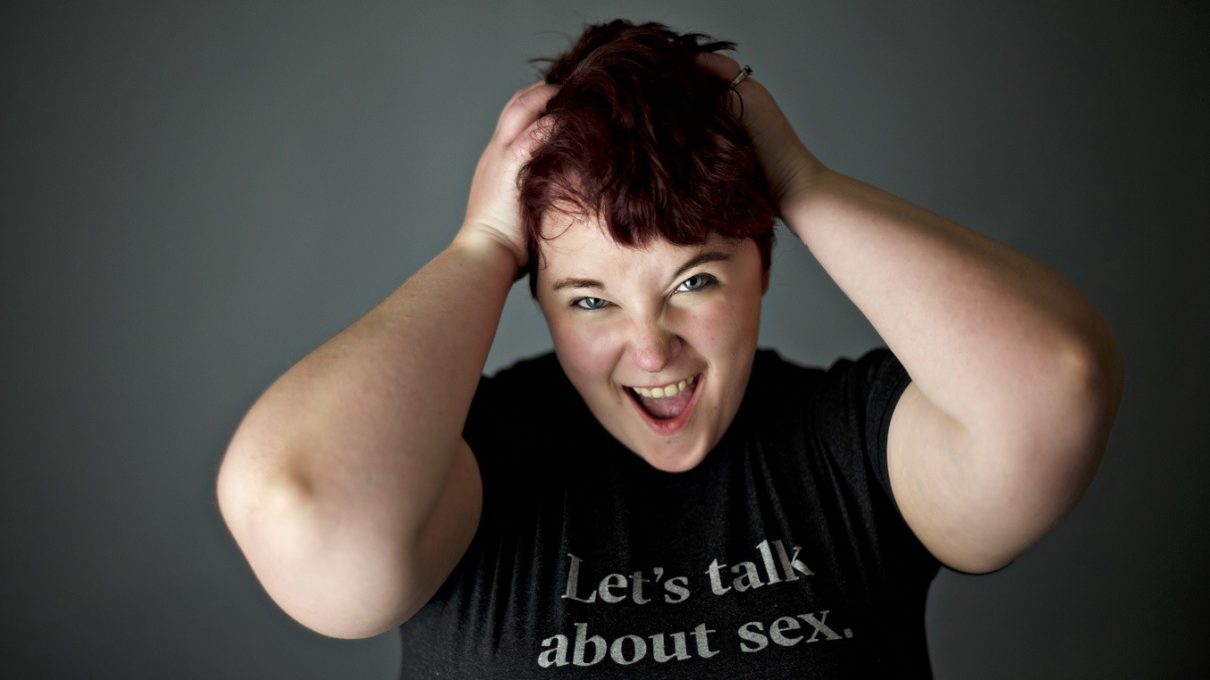 In 2015, sex educator Kirsten Schultz began tweeting with the hashtag #chronicsex. It was meant to spark conversation around the sex lives of people with chronic illnesses and disabilities. Today, it has grown into a full-on movement, with a website, a podcast, and pages on Instagram, Twitter, and Facebook. Schultz now hosts monthly Twitter chats and podcast episodes to bust myths about sex with chronic illnesses and disabilities.

Schultz lives with Systemic Juvenile Idiopathic Arthritis, a condition characterized by fevers, skin rashes, and stiff, painful joints that begins in childhood for unknown reasons. She noticed a lack of discussion around sex for people with chronic illnesses and disabilities or even acknowledgment that this demographic had sex, so now, her work is filling that gap. We asked her about her best sex advice for those with chronic illness and disabilities and the misconceptions people still have about this topic.

How did you get interested in sex education for people with chronic illnesses and disabilities?

I’ve always been interested in sex education. In high school, I volunteered with Planned Parenthood and even wrote a thesis about the lack of sex education in the US compared to other countries. I just never thought it was a real career, so I moved on to topics that I felt would lead to jobs. I’ve been writing about my own journey with Systemic Juvenile Idiopathic Arthritis (SJIA) since 2007. Around 2012, several bloggers dealing with types of arthritis began talking about how arthritis was affecting our sex lives. I kept talking about it because it was having a huge impact on my relationship at the time. Cut to 2015, and Lucky Tomaszek from Tool Shed Toys in Milwaukee spoke at the Arthritis Introspective conference about sex and arthritis. I looked around at the variety of people who didn’t know some very basic sex education facts. Later that year, Chronic Sex was born, and it’s grown exponentially over the years.

What are the most common questions people come to you with?

I get a lot of questions from AFAB [Assigned Female at Birth] people who are struggling to orgasm and are wondering if they’re alone in that. The short answer is hell no! I tend to work with a fair amount of abled partners to try to help them understand what living with an illness or disability itself is like, too. There’s a lot to be learned about empathy and communication from those situations.

What are the biggest misconceptions people have about the sex lives of those with chronic illnesses and disabilities?

There are a lot of abled people who treat us like desexualized children. This is especially true for people who are visibly disabled, and it’s called infantilization.

There are a lot of abled people who treat us like desexualized children. This is especially true for people who are visibly disabled, and it’s called infantilization. We’re often thought of as being incapable of having our own wants and desires. Because of that, there is also a misconception that people in interabled relationships (where one partner is abled and another is not) are taking advantage of us. On the flip side, there’s also this idea that abled partners are somehow saviors and saints, too. The reality of all of these situations is that we’re all human beings — nothing more and nothing less.

What are the biggest sexual challenges this population reports, and what are some of the solutions they have found?

The biggest issue tends to be a breakdown in communication. Often, couples dealing with pain will grit to make it through sex because they don’t want to alarm their partners. Abled partners may not understand why things cause pain, too, and it can be hard to explain that if someone is dealing with fatigue, brain fog, or a number of other illness-related issues. Working on communication is key in any relationship, but especially sexually. A lot of people I’ve worked with have found it easier to communicate after using Kate Kenfield’s Tea and Empathy cards.

Finding comfortable positions tends to be a major barrier, too. This can be especially true if each partner is dealing with a physical disability. Experimenting with various positions, sex toys and furniture, and communicating are all major pieces to the sexuality puzzle. For example, my partner and I both have bad backs, knees, and hips. Because of that, we tend to switch off on who is doing more of the work according to which joints are worse for who at any given time. Using items like massagers, wands, and positioning wedges enhances our sex life and gives us the ability to have more fun with each other.

It’s important to remember that with sex, orgasm shouldn’t ever be the one end goal. This isn’t a race to orgasm but a marathon of pleasure.

Additionally, there can be a lot of difficulties with orgasms. Some of that is related to diagnoses, medications, the conditions themselves, and other factors. It’s important to remember that with sex, orgasm shouldn’t ever be the one end goal. This isn’t a race to orgasm but a marathon of pleasure. Once we see sex that way, it becomes easier to use things like sex toys together, knowing that orgasms are a plus but never a requirement for all partners involved.

What would you like people with chronic illnesses and disabilities to know about sex?

How can these people’s partners support them better?

It’s hard to be a partner to someone dealing with something that you can’t relate to. Whether that’s major depression, a long-standing injury, or invisible disability, it can be hard to empathize. This is one place where communication can help a lot. Ask your partner to share with you what they feel — not only physically, but emotionally, too. That brings a whole new level of intimacy that really elevates the connection partners have. It can also help you better understand what they’re dealing with. It’s important, though, to recognize that you’ll never be in their body, so you’ll never fully understand their life. Even if you have the same diagnoses, you’d never fully understand what it’s like to be in someone else’s shoes.

Most of all? Be patient, flexible, and loving. There are a lot of heavy things we have to deal with as the “sick” partners. Sometimes the realization hits us on high pain days that this won’t ever get better. Maybe that will make us cranky or feel like ranting. Other times, we may be struggling with the concept of mortality and withdraw. Through each hard moment, we need to know that you care about us.

Let’s stop treating sex as something to only be discussed behind closed doors or to sell the newest cheeseburger and, instead, realize that it’s a part of a well-rounded life for many.

In what ways would you like to see society change to better accommodate people with chronic illnesses and disabilities who want fulfilling sex lives?

We need to talk about it more. Health care providers need to tell us the side effects of medications and even how our disabilities/illnesses may affect our sex lives. It shouldn’t take someone like me becoming a sex educator to learn these things. I’ve been very privileged in the opportunities I’ve had to learn more about these issues, and that’s not something everyone has. Let’s stop treating sex as something to only be discussed behind closed doors or to sell the newest cheeseburger and, instead, realize that it’s a part of a well-rounded life for many. 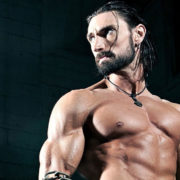 Ask Ada: Help, My Doctor’s A Bully
Don’t miss one more amazing story.
Every week, we’ll send a few of our favorite stories to inspire you.
Send this to a friend
Scroll to top