Going on vacation to Florida during a pandemic sounds dangerous, but it was doctor's orders after I'd worried myself into a chronic case of GERD.
gerdtmjd 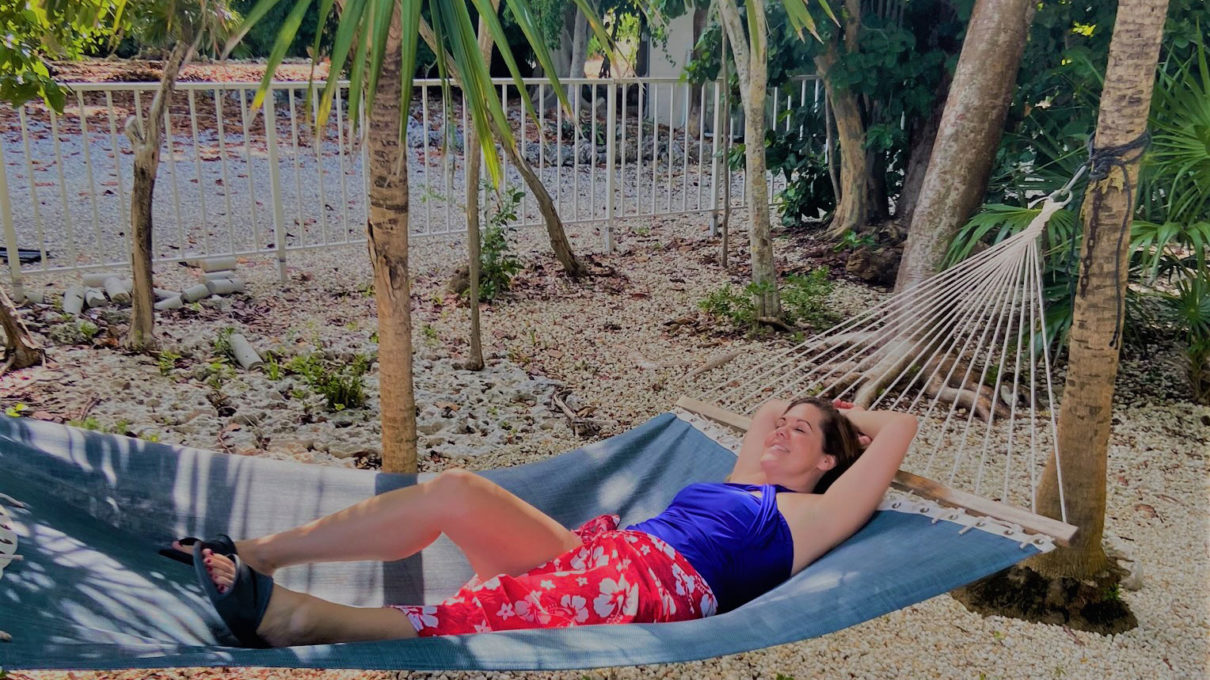 The clouds drifted in front of the sun as I floated in the pool behind our ocean-front rental house. I was on a socially distant vacation with my family in the Florida Keys, a six-hour drive down Alligator Alley from our home near Tampa. On the island of that magenta raft, I was alone except for a Diet Coke, a copy of Clap When You Land by Elizabeth Acevedo, and one simple job: relax my jaw.

When SARS-CoV-2 screeched life to a halt in early March, I began having headaches. At first, they were the kind that merely seep into your consciousness. You’re in downward dog or throwing a load of laundry into the washing machine, and suddenly, you realize—hey, my head hurts. I’d pop a couple of ibuprofen and keep homeschooling my three sons while trying to work remotely.

But as the months in quarantine trudged on, one plodding foot in front of the other, and life’s uncertainty rose with the spread of COVID-19, my headaches became something I couldn’t dampen with pain relievers. My ears started to throb sometime in June, and after a call to a telehealth physician, I took an antibiotic for what we both assumed was a double ear infection.

After a few days on the medication, I assumed the pain would decrease; instead, it turned sharp, radiating from my jaw to my hairline. My ears popped and filled like I was descending on a plane, and my upper chest felt heavy, though I wasn’t coughing. It also felt like someone had shoved their thumb into the hollow between my collar bones, so when I tried to swallow my coffee or Clos du Bois—depending on the time of day—the liquid would pool, choking me.

“Is that you, ‘Rona?” I thought, recalling the meme with the chihuahua every time a wave of pain overtook me.

I knew I didn’t have the symptoms—cough, shortness of breath, fever, loss of taste or smell—but that fear was a cloud that hung over my head, shrouding me in a vigilant sense of angst that left me sleepless night after night. At the time, I wasn’t just worried for my health and that of my family. I was also worried about our way of life. Would I lose my job? Would my husband lose his? Would the stores run out of food? (I didn’t know how to farm!!!!) Would my kids fall behind if my efforts at teaching them were as miserable as I assumed they were? Would we all emerge on the other side of this mentally and physically stable?

Would I ever see my parents again?

My worries, of course, were reflected on every social media page, every news brief, every group text conversation and long distance phone call. I, like many others, scoured the internet for information that could mitigate my fears. I screenshot graphics and sent them to friends, urging them to wear masks when our governor didn’t mandate them. I pasted links on my social pages and read medical journal studies to my family. My husband and I talked to each other in bed, bathed in moonlight, wondering what we’d do if one of us got sick.

If one of us died.

My fears and worries all bubbled together into a great vat of anxiety stew that churned and frothed in my gut until, without realizing it, I became physically ill.

My husband and I talked to each other in bed, bathed in moonlight, wondering what we’d do if one of us got sick.

If one of us died.

Unable to ignore the pain in my head any longer, I called an ENT specialist.

After vacuuming out my ear canals and not-so-gently threading a probe down a nasal passage to confirm his diagnosis, he gave me a handful of prescriptions and a mandate to relax or I was going to cause even more trauma to my ears, nose, and throat.

Apparently, I had worried my way into Gastroesophageal reflux disease (GERD), Temporomandibular joint disorder (commonly referred to as TMJD) which caused Eustachian Tube Dysfunction (ETD), which led to a double ear infection.

The ear infection had been resolved by the teledoctor’s prescription (thank you, sir!), but my eustachian tubes were still sealed tight, and once I’d gotten off the ibuprofen I’d been eating like candy, I could tell that my mandible joints hurt.

The doctor said I’d likely been clenching my teeth without knowing it out of anxiety. (He’d seen it often since March.) And by stressing out that joint, which connects right in front of the ears, fluid pressure had pushed my eustachian tubes closed. I dismissed him, saying that I never clenched my teeth.

But as he was talking to me, I realized—

I was doing it right then.

In fact, relaxing my jaw felt so weird, I realized I must be clenching my teeth all the time.

Of course, I knew I suffered from a little bit of anxiety, but jeez, didn’t we all? We were in the middle of a pandemic! And sure, that nervousness would explain the TMJ and ETD, but you can’t get GERD from anxiety, can you?

Relaxing my jaw felt so weird, I realized I must be clenching my teeth all the time.… but you can’t get GERD from anxiety, can you?

I asked my doctor, and he cocked an eyebrow at me. “The gut is closely tied to psychology,” he explained. “Look it up.”

So, I did. And welp? He was right (imagine that). A large cross-sectional study published in 2018 in the Journal of Neurogastroenterology and Motility shows a strong association between GERD and anxiety. The feeling I’d had in my gut—that awful churning of angst—was as physical as it was mental. And if I didn’t get my months of worry under control, I was looking at years of problems.

I promised him I’d take the assortment of medications he prescribed, and I’d give this concept of calming down a whirl.

So that was my job as I floated in the pool: Read. Stare at the clouds. And relax. I honestly didn’t think I’d be able to. But as it turns out, there is something decidedly soothing about water breaking against a shoreline. There’s something healing about sitting in the sunshine, letting yourself sink into a beautiful book, and listening to your kids play.

After a few days of prescribed Vitamin D, I felt my knots unwind, my jaw soften, and the awful, insidious monster of worry that had been chewing at me release the strength of its bite.

The medications my doctor prescribed eased my physical symptoms as they were designed to do; the sunshine and the letting go of what I could not control eased my psychological ones.

Did it solve it completely? Nah. I can’t be on vacation forever. And with the decision about sending my kids back to school full time or not looming on the horizon, the anxiety is certainly not going away any time soon.

But what that vacation did give me is a mental place to go when I’m all wrung out. I can imagine myself sitting on that raft, sipping my Diet Coke—the one I’m allowed per day since the doc made me toss most of my caffeine. I can feel the sunshine on my bare shoulders and the sea breeze in my hair.

And when I let myself go, my jaw loosens, my chest expands, and for a little while, I can breathe and thank the holy heavens that I’m one of the lucky ones who still can. 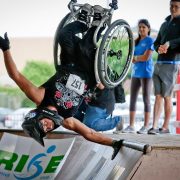 Wheelz in the Air
Brent Crane
A Silent Field Of Dreams

When COVID-19 Shut Down Her Therapies, Painting Became The Ultimate Pain Me...
Don’t miss one more amazing story.
Every week, we’ll send a few of our favorite stories to inspire you.
Send this to a friend
Scroll to top