Helen Hoang’s debut book, The Kiss Quotient, paints a refreshing and sincere portrayal of a heroine with Asperger’s syndrome.
autism 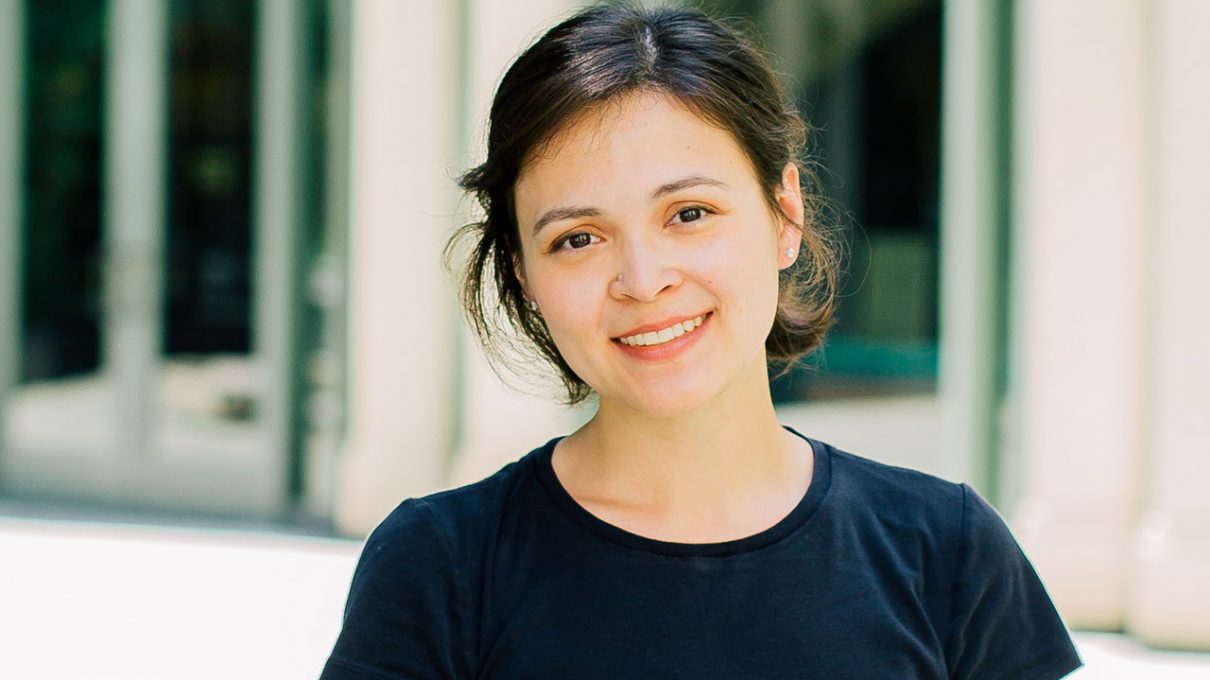 Stella Lane, the main character in Helen Hoang’s debut novel, The Kiss Quotient, tries to conceal her autism. Being around crowds, any kind of surprise, and intimate relationships can make Stella uncomfortable. French kissing reminds her of a shark getting its teeth cleaned by pilot fish. She’s an unlikely lead for a romance novel. Hoang, however, understands the quirks that come with being autistic: as someone with Asperger’s Syndrome, she has many of them herself. She also knows romance novels; it’s a genre she fell in love with at an early age.

The Kiss Quotient, published by Penguin Random House, is out now. Folks spoke with Hoang about the book and how and why she drew on her own diagnosis to create a character who’s easy to love. 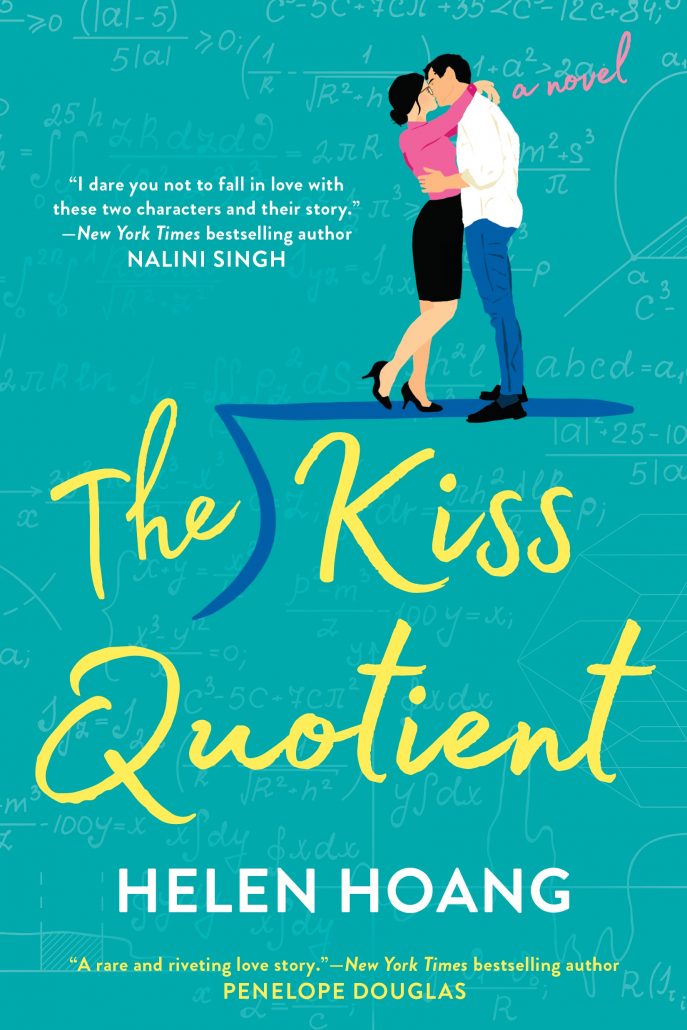 The cover of Hoang’s debut novel, The Kiss Quotient.

Why did you make your main character, Stella Lane, autistic?

I wrote Stella as autistic because that made the most sense for the character. It was also something I strongly wanted to write at the time, as I was pursuing an autism diagnosis for myself.

I read in an interview that you decided to give Stella autistic traits that you were concealing. What were those traits and why did you conceal them?

Since I was little, I’ve been hiding my stimming (ed: self-stimulating, or stimming, are repetitive body movements such as head shaking or hand flapping many autistics exhibit) and social awkwardness. In an effort not to draw attention to myself or annoy people, I found ways to stim that you can’t see or hear. As for the social awkwardness, I carefully observed my peers and learned how to mimic well-liked kids so I could have friends.

My sensory issues are not severe, so I’d say I ignored rather than concealed them, which is what Stella did in order to be accepted.

Can you talk about how writing this book helped you with your Asperger’s diagnosis?

Writing this book was an opportunity to explore traits I’d been hiding, understand them better, and embrace them. As I pursued and eventually attained a diagnosis (at age 34), Stella, my autistic heroine, was born on the page. I knew her intimately.

Writing this book was an opportunity to explore traits I’d been hiding, understand them better, and embrace them.

Stella hates surprises. Can you discuss how she prepares to be around people, noise, and anything else out of her norm? And do you relate to this? If so, how?

I showed Stella preparing to be around new people by running through a list of socializing do’s and dont’s and forming conversation trees in her head beforehand. These are things I do. My own conversation trees can get quite elaborate, including stories and anecdotes which I think people will respond to favorably. I plan when to raise my eyebrows and what to do with my hands for proper delivery, sometimes I practice in a mirror. I usually lose sleep before events like this because I’m obsessively trying to predict and prepare for the future.

As for noise, I didn’t show her preparing for it because that’s not something I’ve been able to figure out how to do, aside from earplugs or headphones, which I’ve gotten in trouble for using in social settings because it’s considered rude.

There are so few main characters in books with autism. What was the reaction from the San Diego chapter of Romance Writers of America to Stella being autistic?

In general, I’ve found people are very welcoming of Stella. The San Diego chapter of Romance Writers of America has been supportive.

When my therapist finally diagnosed me with autism spectrum disorder… the hard part was sharing my diagnosis with friends and family… I needn’t have worried, though. My loved ones have been supportive.

Can you tell me how the Autistic Women’s Association helped you?

The Autistic Women’s Association has a private group on social media where women can meet and interact. They welcome self-diagnoses, so it was a safe place to be before I sought a professional opinion. It was incredible connecting with women who shared so many similar experiences with me, and unlike what you see on TV, they were warm, supportive, and intensely compassionate. They happily answered my questions and were always around to talk when I needed it. I very quickly understood that among these women, I belonged, and that’s important when you’ve spent most of your life feeling otherwise. 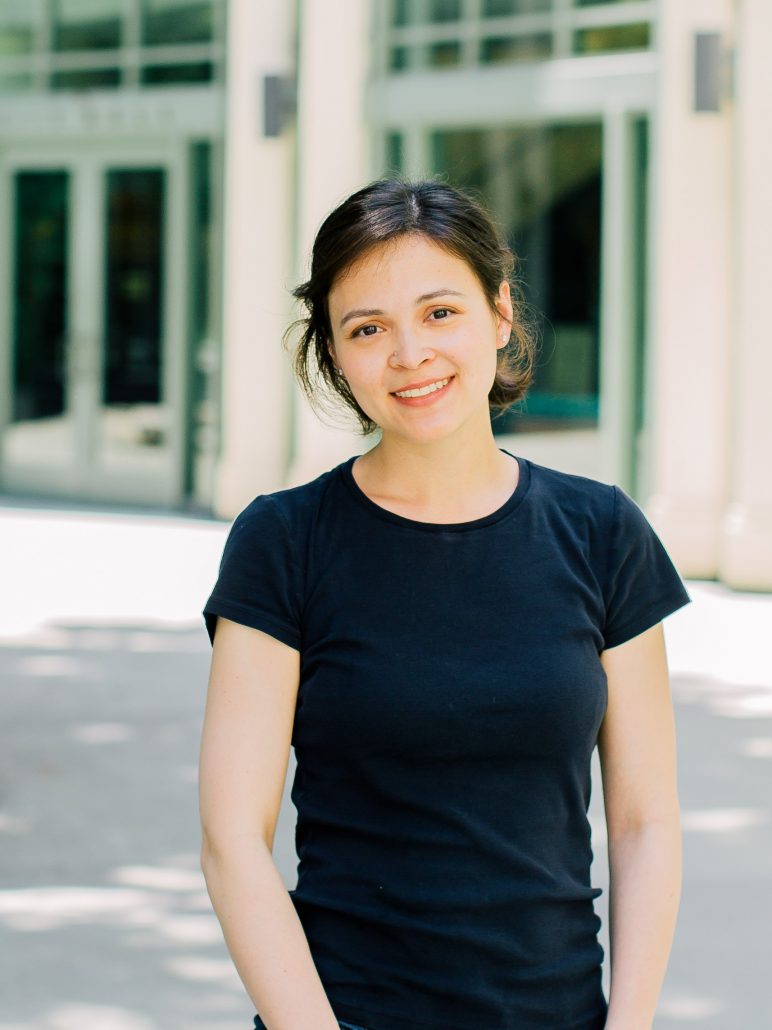 You said you “eventually attained a diagnosis.” How did you handle it? What was your reaction?

Prior to obtaining an official diagnosis, I’d already begun to identify with it based on my research, personal experiences, and sense of belonging with other autistic women. When my therapist finally diagnosed me with autism spectrum disorder, I felt an enormous sense of relief. The hard part was sharing my diagnosis with friends and family. I feared they would be disappointed or ashamed, and I wrote this insecurity into the book. I needn’t have worried, though. My loved ones have been supportive.

Everyone on the spectrum has their own valid experiences, impairments, strengths, and points of view

Have you met anyone as wonderful as Michael Phan, the romantic leading man in the novel? He’s so patient and caring. If you have, who is he based on?

Michael was composed from bits and pieces of real people and fictional people. I wanted him to be caring like my husband and considerate like my cousin but have the deep-rooted sense of honor from heroes in my favorite wuxia sagas.

Everyone on the spectrum has their own valid experiences, impairments, strengths, and points of view. My experience, and therefore, Stella’s, is just one among many and cannot be taken as “standard.” There is no standard.

Helen Hoang’s The Kiss Quotient can be purchased on Amazon here. 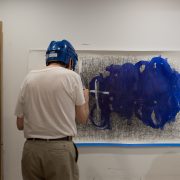 Because Of Migraines, I Don’t Do Stuff
Don’t miss one more amazing story.
Every week, we’ll send a few of our favorite stories to inspire you.
Send this to a friend
Scroll to top