Dr. James Fallon was studying the brain scans of serial killers when he noticed something: their brains looked just like his.
alzheimer'spsychopathy 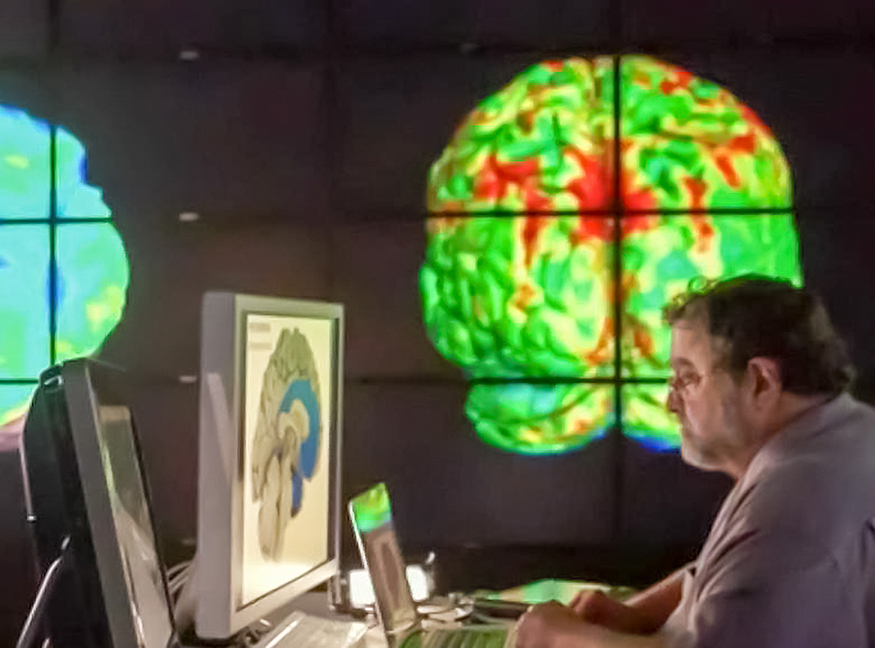 A little over a decade ago, Dr. James Fallon, a biological psychiatrist, was in his lab sorting through a pile of brain scans when he noticed something abnormal. The PET scans were done on members of his family, including himself, to serve as controls in a study on Alzheimer’s disease. Just previously, he had completed a study which involved analyzing PET scans of serial killers. Looking through his family’s scans that day, he noticed one that looked like it might have been taken from that previous study.

“I just started laughing,” Fallon recalls. “I thought the technicians were messing with me. I thought they obviously slipped in one of the murderers.” But it was not a joke or mistake. The scan had come from his own family. He checked the name. It was his. “This was Gandalf showing up at my door,” he said.

About one percent of the population rates high on the Hare psychopathy checklist. Many others possess psychopathic traits: a drastic lack of empathy, serially manipulative, highly selfish. And while many criminals are psychopaths, not all psychopaths are criminals. Quite the contrary–some of our society’s most successful people, as determined by experts, are or were likely psychopaths: Theodore Roosevelt, John F. Kennedy, Bill Clinton. About four percent of CEOs are psychopaths. Though psychopathic traits like fearless dominance or a victory at all costs mentality can be destructive when used for ill, they can be powerfully productive too.

It took Fallon some years to fully accept his psychopathy. Laughter was his first reaction, then he forgot about it. Sometime after that discovery with the brain scan he had a genetic test and the results were similarly conclusive. In 2010, at a psychiatry conference he attended in Europe, a group of psychiatrists at a party told him that they thought he possessed some clear psychopathic traits. Later, when he asked his family and colleagues about it, they agreed: he did do a lot of psychopathic things. “That’s when it sunk in,” he said.

Fallon’s was a “pro-social” psychopathy. He had done some rash thing in his life–joy rides in stolen cars as a youth; reckless journeys abroad; adolescent run-ins with the law–but he never hurt anyone. In 2013, Fallon published a book about his experience, The Psychopath Inside: A Neuroscientist’s Personal Journey into the Dark Side of the Brain. Though the finding still does not really bother him, he reports, he has recently taken pains to combat his psychopathic tendencies, trying to be more thoughtful in his interactions with others. We reached out to hear more about.

How did you get into biological psychiatry?

I knew growing up that I loved the natural world. I had obsessive compulsive disorder until about 17 or so. It kind of goes away but you try to hold onto the good things about OCD which makes you really good professionally: you finish jobs; you’re very careful about things. With many of these disorders, there’s many great things that can help you in life. I also had asthma, which taught me to be very introspective. Asthma attacks can be kind of like mindful meditation. You can’t breathe. You’re monitoring your breath. I think being in those states gave me an interest in understanding the mind. I was fortunate enough and smart enough to turn it into a whole life.

What was your reaction to seeing that brain scan of yours?

Before I knew it was mine I said, “This person is really dangerous probably. They and their family and doctor need to be notified. This is not somebody who’s going to be very sociable in society.” When I found out the truth I just laughed. I said, “I know I’m normal so my theory must be wrong.” I had developed this theory about all the structures involved in a psychopathic brain. This brain on the scan showed all the changes in the psychopathic brain, which is the turning on of the lower part of the prefrontal cortex, the orbital cortex, and also the cingulate cortex, that strip of emotional brain that loops around like a big C into the hippocampus, which is important for emotional memory and then the amyglia, which goes in a big circle into the interior insula, which has to do with empathy. All of these were turned off in a certain way in the psychopaths I had studied. Within the next four years others studying psychopaths found the same thing. I wasn’t wrong. Still, I didn’t care. I was so busy in the lab with other studies. I had started an adult stem cell company. I was very busy.

Before I knew it was mine I said, “This person is really dangerous probably.”

What was the reaction you received from friends and family?

When I came back from Europe I asked my colleagues and family what they really thought about me. They all said the same thing, “Well you’re fun to be around but you do psychopathic things all the time.” Then it became real for me. After being psychologically analyzed, one psychiatrist told me, “Here’s a guy who has all the thoughts, urges and dreams of a full-blown psychopath but he simply never acts them out.” He said he’d never really seen that before. I act minor things–it’s like psychopathy light. I manipulate people. But I do everything with them. I put people in danger but I’m with them all the way on it. I never wanted to hurt anybody. But I take a lot of risks and put others at risk. It’s off putting to people, which I found out. These two psychiatrists ask’d how I felt about it and I said, “I really don’t care.” They said, “That’s the problem. You really, really don’t care.” And I still don’t.

Have you tried to change anything about your life since finding out?

I took it as a challenge. I thought maybe I could harness my own ego to beat myself. I’ve been trying to manipulate people all my life without knowing it, just for gains–not money or sex or anything like that–but just to play a power trip game to own them in a conversation, for example. I wanted to see if I could beat that. Nobody else can beat psychopathy but I can, I thought. I know it sounds jerky but that’s what happened.

For three months I monitored all my interactions with my wife. I also observed the behavior of others. I noticed that, even when people weren’t looking, they really sacrificed their own pleasures in their life for others. I tried to do that, to be a good roommate for my wife: wash your dishes after eating; pour the the wine first; but also, when her aunt dies, go to the funeral. I didn’t ever do that stuff–I’d blow it off. But I started to do all these things.

After a few months my wife said, “What has come over you?” I told her it was an experiment. She said, “I don’t care. You’re treating me better. I like it.” It’s not like I ever hit her or anything like that. But treating somebody well is different from not abusing them. I said, “It’s phony, though. It’s just an experiment.” She didn’t care. That blew me away. I tried with a couple of other people close to me and they noticed it, too. I’ve been trying to do that more. Every interaction I say to myself, “What would a good guy do here?” I’ve found that fifty or one hundred times a day I was doing the most selfish thing possible. I’ve been trying to reverse it.

I’ve found that fifty or one hundred times a day I was doing the most selfish thing possible. I’ve been trying to reverse it.

I found out something else interesting. Since the time I was in college I’ve only slept four hours a night. Since I started this I’ve been sleeping five or six. It’s exhausting to be a nice person! Being friendly, helpful, considerate–all the things I’m not naturally, unless I’m trying to con somebody into something. 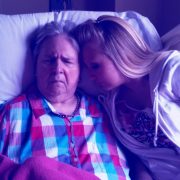 How I Learned To Stop Worrying, And Accept Being Bald
Don’t miss one more amazing story.
Every week, we’ll send a few of our favorite stories to inspire you.
Send this to a friend
Scroll to top