Just because you married a doctor doesn't mean your marriage can survive cancer, but it can show you who you really married.
best ofcancer 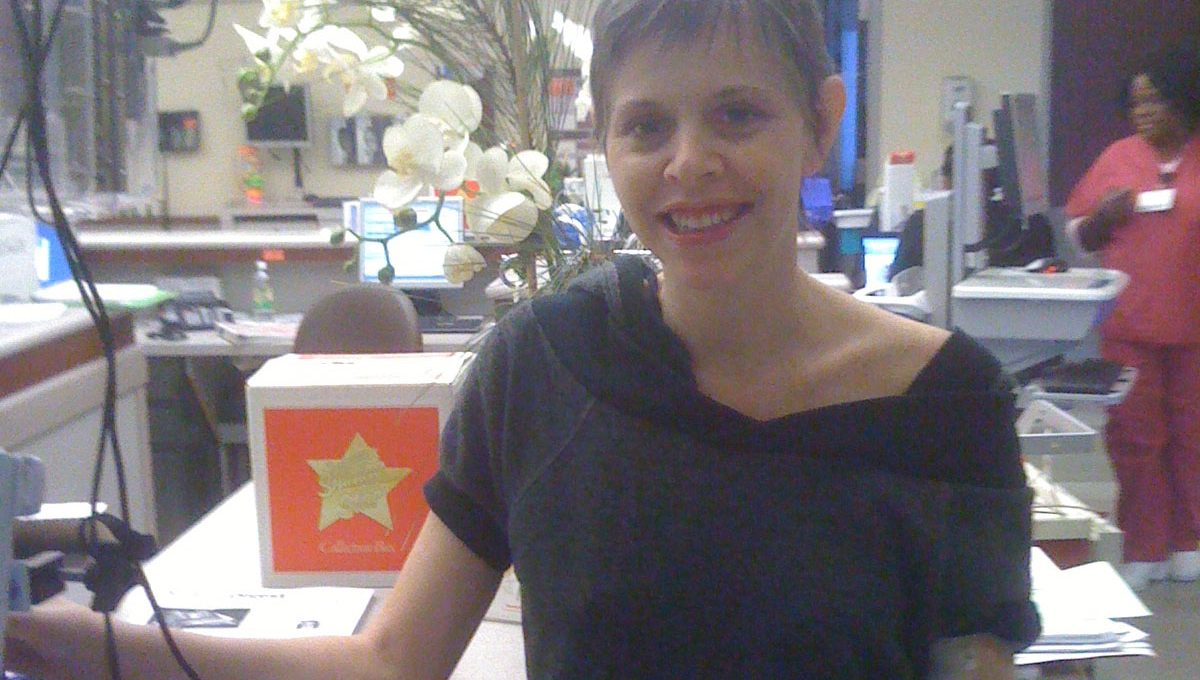 I was a divorced, thirty-seven-old nurse on a New York City psych unit when a handsome doctor with thick dark hair introduced himself. He was six years my junior and winked at me because I couldn’t pronounce his Greek last name correctly. He was incredibly smart, graduating at the top of his Ivy League university with a free ride to medical school. Our lives felt full with purpose when we worked with the chronically mentally ill population.  We listened to indie rock bands like “Built to Spill” or “Yo La Tengo”. We had nachos delivered from our East Village Mexican joint while we played Scrabble. For every one of his, “sesquipedalian”, I’d come back with something like “dog”. Laughing hysterically, I’d say: “But, it’s not fair you speak Greek.”

Six months later, we tied the knot in a small ceremony at city hall in downtown Manhattan. Six months doesn’t seem like a long time to date someone before getting married, but whirlwind romances ran in my family. Fifty years ago, my parents went on their first date on New Year’s Eve and were married by April. They are still together; if it worked for them, why couldn’t it work for us?

But newlywed bliss was a short-lived thing. A month after our wedding, I got a stomach pain. Seeking help, I was continually dismissed with condescending comments. Believing my pain was psychosomatic, a physician told me to see a psychiatrist. I felt betrayed, because my husband agreed: “You’re being crazy. I’m a doctor and I’m telling you there’s nothing wrong with you.”

My husband agreed: “You’re being crazy. I’m a doctor and I’m telling you there’s nothing wrong with you.”

Almost a year to the day of our first anniversary, I collapsed at work.  An emergency appendectomy eventually revealed a rare stage 4 abdominal tumor. As weird as it sounds for someone just diagnosed with a cancer that could kill them within 12 months, I felt validated that I was right; at least I wasn’t a hypochondriac.

I had one chance at survival, according to my oncologist: an experimental, brutal surgery where heated chemotherapy would be poured directly into my abdomen. I wanted to live, so I went for it. It took 10 hours and I lost most of my non-essential organs. In the ICU, a ventilator kept me alive. When I awoke my husband and my mom were there. I looked at the tubes poking out of my skin and staples from my breastbone to my pelvis, relieved that at the very least, the two people I loved most were there.

The surgeon explained the cancer was more aggressive then he’d suspected. In his Colombian accent, he told me, “I’ve done my part, now you do yours. You stay alive. Laugh as much as possible: hat’s your only job.”

Laugh? I could barely breathe. 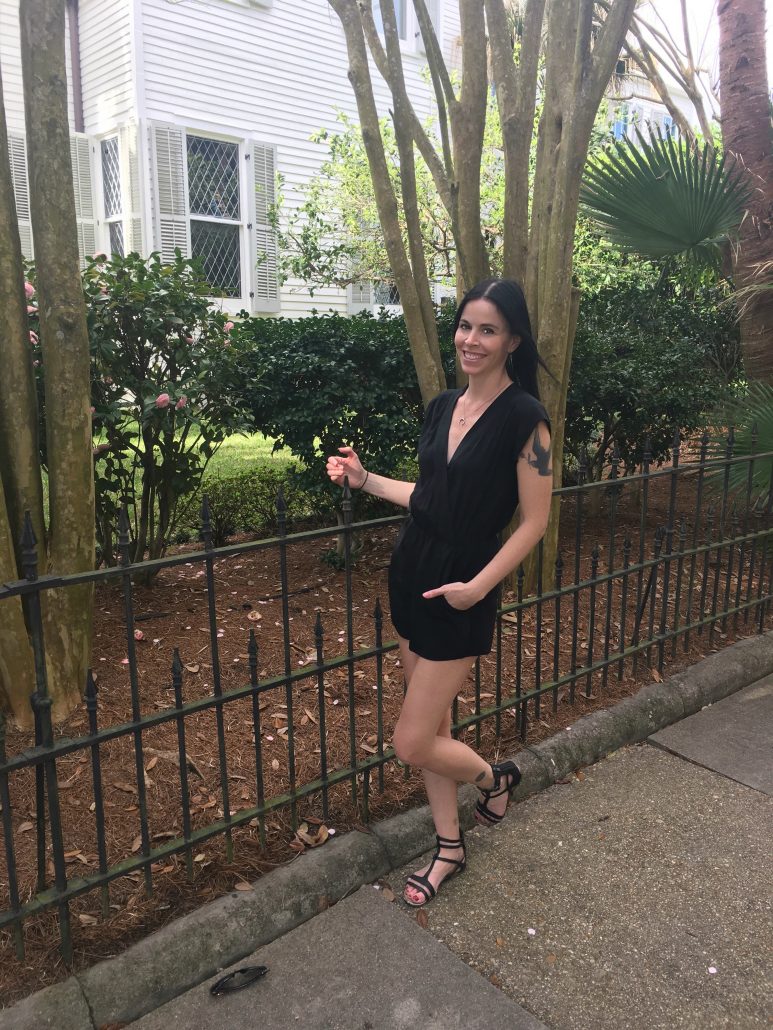 Liz Montgomery before her cancer diagnosis.

My mother stayed with me. My husband needed to get back to work. I didn’t want him to leave, but I accepted it: we had bills to pay.

For the next two weeks, I hardly saw him, but he picked me up when it was time for me to be discharged.

The drive home was merciless. Every bump in the road felt like I was being shanked. We pulled over six times because I was so nauseous. He had to go to work the next day and became frustrated at the length of the trip.

That was the first of many tip-offs that my husband was just not going to offer me the support and level of care I needed during my recovery. Soon, my mom called. ““Liz, you need to come stay with me and dad to recover,” my mom said. He didn’t object and I didn’t question her judgment.

That was the first of many tip-offs that my husband was just not going to offer me the support and level of care I needed during my recovery.

Soon, I was recuperating at my parent’s New Jersey, fifty-five and older community. I slept upright on my parent’s couch. Their house felt like a nursing home, or as my older brother called it, a waiting room for heaven.

I was on methadone, morphine, and fentanyl to quell my pain. My 72-year-old Irish Catholic mother comforted me until I fell asleep. She lifted me up with her frail arms to bathe me. When clumps of my jet-black hair remained, she shaved my head. Unable to eat, I needed intravenous feedings.

While my husband continued on with his life in NYC, mine felt like it was coming to an agonizingly slow end.

Friends called but I was too weak to speak. In moments of lucidity I remembered my life as a fun, fit nurse before the operation. My body felt like a shell holding my soul hostage. My spouse visited on weekends. My mom liked to put blush on my cheeks to prepare for his visit: “There now you look great.” He’d arrive excited to tell me stories about the hospital, but I wasn’t good company. The narcotics took over and like a heroin addict I’d pass out mid-sentence.

In moments of lucidity, I missed my husband and our Scrabble games. So still unable to care for myself, and against my parents advice, I returned home to be with him, our dog and three cats. After an MRI declared me cancer free, my so-called remission still included hospitalizations, bowel obstructions, infections and more tube feedings.  A home health nurse visited twice a week.

While my husband continued on with his life in NYC, mine felt like it was coming to an agonizingly slow end.

Too medicated to play games, we watched Dexter on Showtime in an attempt to find commonality again. Halfway in I’d fall asleep. One night, as he fought back tears he said, “I’m so sorry I didn’t believe you. I’m a doctor and I didn’t do anything.” We cried together.

My husband encouraged me to get back to nursing. Ignoring my instincts, I agreed. I wanted to prove to both of us that I was getting better, so I pushed myself. My fellow nurses welcomed me back. Weighing 90 pounds at 5’7”, wisps of baby hair covered with a scarf, I hid my feeding tube with a black armband. I was embarrassed by the way I looked, and perpetually exhausted, but I cared for my patients every bit as diligently as my husband had failed to care for me.

After my first shift ended, I was excited to share my accomplishment of making it through the day. Opening the door to my apartment, my animals ran to greet me. Someone else was waiting to greet me too. Sitting in our green, velour, armless chair, my husband wore an old band T-shirt, cargo shorts, and flip-flops. 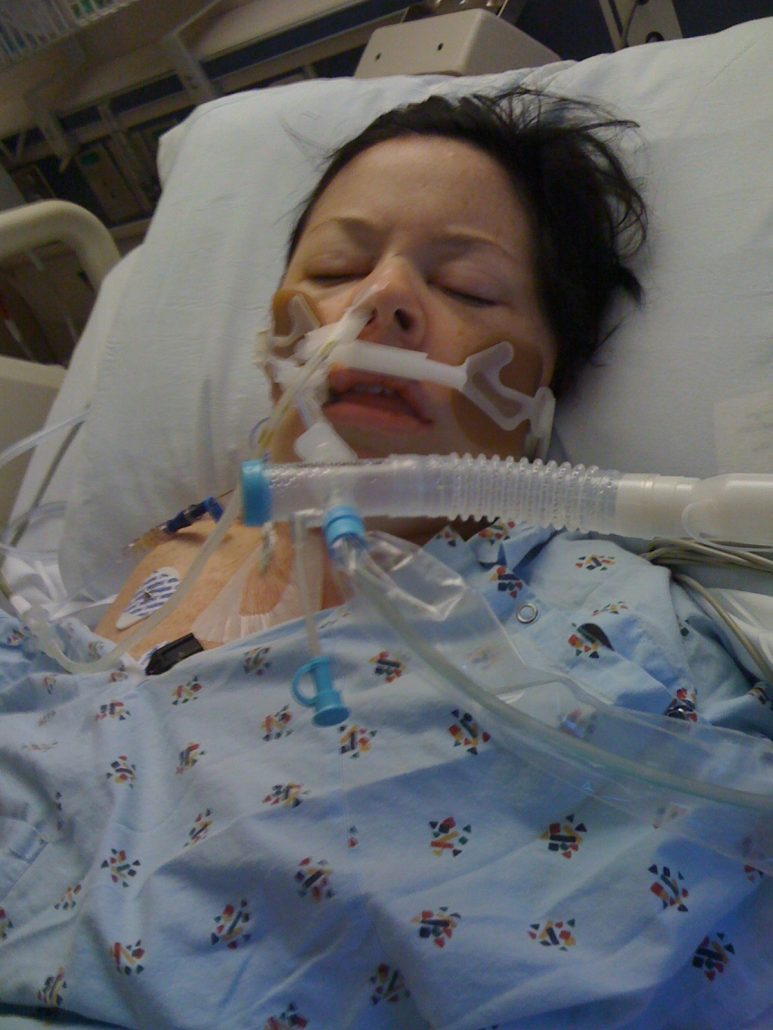 Liz Montgomery, fighting for her life after being diagnosed with a stage IV abdominal tumor.

Without looking at me, he said simply: “I can’t do this, I can’t handle being married anymore.”

He stood up and walked out.

Shocked, I didn’t follow him. On my short walk to the bedroom, I noticed all of his stuff was gone.

That night, too stunned and tired to even process what had happened, I watched Bridget Jones Diary on DVD, swallowed my medication and fell asleep.

Without looking at me, he said simply: “I can’t do this, I can’t handle being married anymore.”

In the morning, the realization of abandonment felt like a weight on my chest. I called him repeatedly, but he didn’t answer. My mom rushed over, moving in for weeks to help me heal emotionally. She begged me to not think about him, fearing stress would cause my illness to return. Attempting to comfort me, she said: “Liz, try and rest. You will find a way through this, you always do.”

To Have And To Hold

I worked when I was able. One day, I bumped into my ex at the hospital. He said. “Please let it go, we haven’t been a real couple since you were diagnosed.” He then told me he had a girlfriend.

His lips kept moving after that but I couldn’t hear what he was saying because I’ve never hated anyone more than I did in that moment. I could understand that our union was too young for him to endure my illness and the time apart, but I couldn’t fathom how anyone, especially my husband, a doctor could lack such compassion.

I grieved the loss of my organs and my marriage. Eventually, my mother went home leaving me a yellow post-it note saying: “Liz, you are NEVER alone. Love, Mom.”

As time passed, my sadness dissipated. I went out with friends and to therapy. The fantasy I had of my parent’s high-speed romance had influenced my rush down the aisle. Now it was clear I had scarcely known him. But I don’t blame myself: I may have been naive marrying someone I only knew for six months, but years later, I still don’t understand how anyone—let alone a doctor with years of training to handle the chronically ill–could so incapable of fulfilling the vows he had made to me: “to love, comfort, honor, and keep me in sickness and in health.”

Cancer didn’t kill me, so I sure as hell wouldn’t let a broken marriage.

Regardless, I eventually realized that was his problem, and not mine. My problem was getting better, and so I stopped wasting time thinking about him, and spent more time focusing on my well-being. Cancer didn’t kill me, so I sure as hell wouldn’t let a broken marriage.

But sometimes it still stings when I hear about him, and his work today as a member of a groundbreaking cancer anxiety research team. I hope he treats his patients with more compassion than he did his wife. 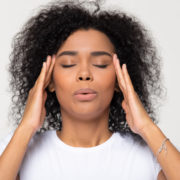 My Disability Is Invisible. I’m Still Disabled.
Don’t miss one more amazing story.
Every week, we’ll send a few of our favorite stories to inspire you.
Send this to a friend
Scroll to top