A scientist makes a discovery that would win a Nobel Prize and help untold scores of people... including himself.
cancerpancreatic cancer 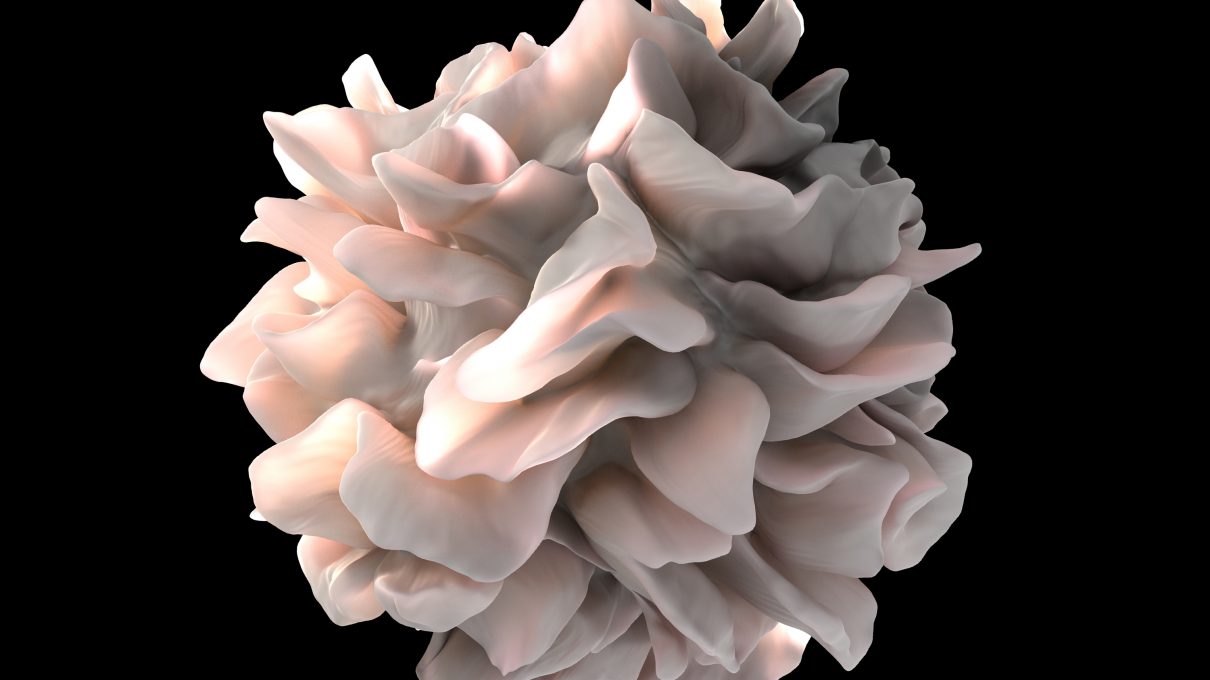 Like teenagers the world over, Nobel Prize-winning scientist Ralph Steinman had absolutely no idea what he wanted to do when he grew up.

In a 2009 essay, the Canadian-born immunologist and cell biologist described his early school career as unfocused, only landing on an interest in biology and medicine while taking “almost every other course” at McGill University in Montreal while on scholarship as an undergraduate.

This latent interest eventually led him to Harvard Medical School, where he earned his M.D. (also on scholarship), and an internship and residency at Massachusetts General Hospital. In 1970, the young Steinman joined the Laboratory of Cellular Physiology and Immunology at Rockefeller University in New York City as a postdoctoral fellow under cell biologist and immunologist Zanvil A. Cohn. Steinman wanted to know what triggers the body’s immune system to kick into gear to initiate a response, a question few scientists at the time were asking.

Just three years later, while working with cells from the spleens of mice, Steinman and Cohn made the discovery that would shape Steinman’s future: the identification and role of a particular type of white blood cell that sets into motion and controls the body’s immune system. They termed these cells dendritic cells, after the branching, tree-like shape the cells can form. 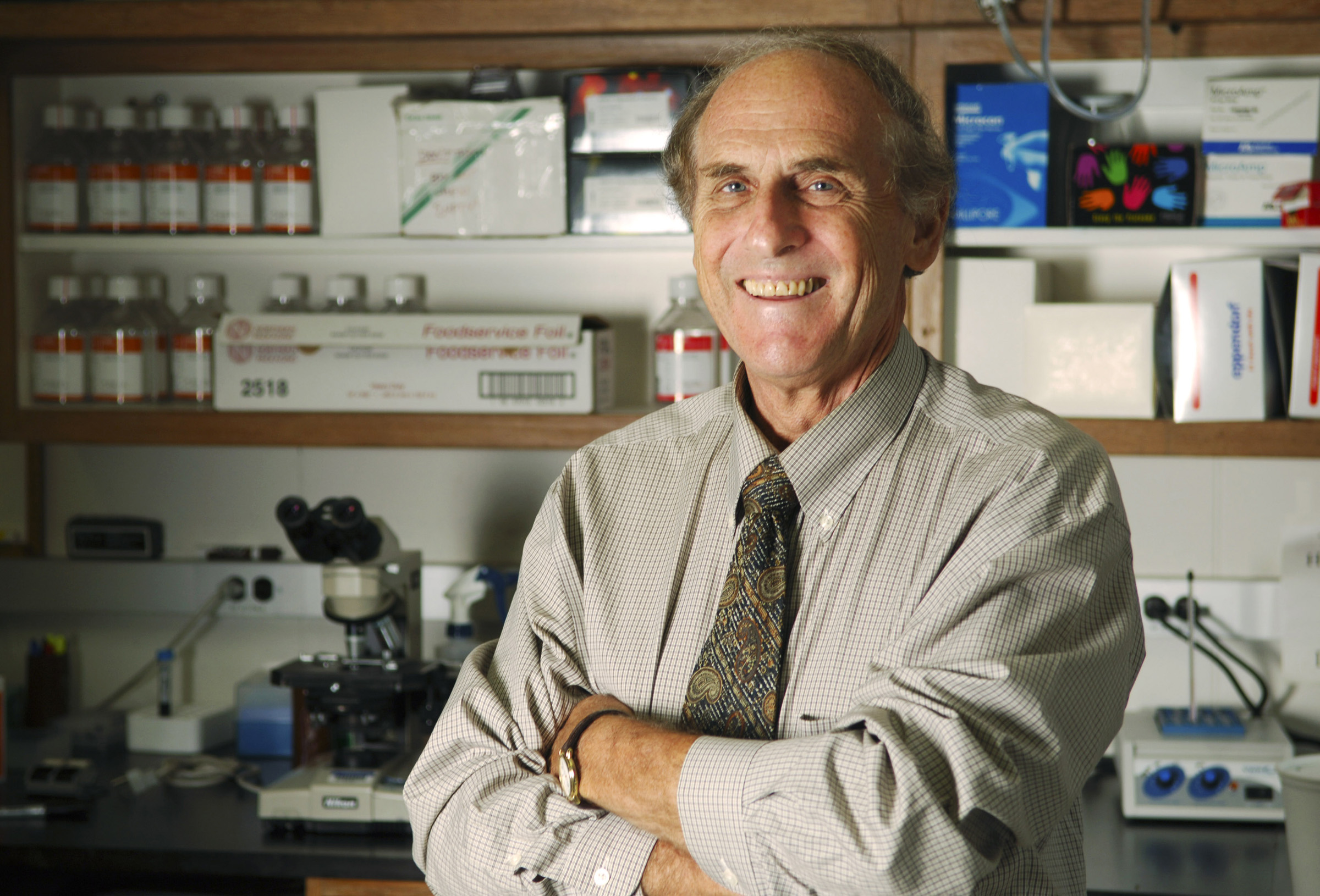 By identifying this chief component that initiates and regulates an immune response, Steinman had discovered why, when, and how the body’s immune system reacts the way that it does, especially in the face of foreign pathogens. He’d discovered what amounted to the boss cell that kicks off immune reactions and tells other cells what to do and what not to do. Dendritic cells also play a role in autoimmune diseases, inflammation, allergies, and transplant rejections.

This discovery would revolutionize immunotherapy and eventually launch the new field of dendritic cell biology. But at the time, Steinman’s discovery was generally disregarded. Dendritic cells were considered little more than an obscure anomaly by much of the scientific community. To top it off, the cells were difficult to isolate, and low in frequency and abundance to boot. It would take more than 20 years and Steinman’s development of a new method to generate large numbers of dendritic cells for experimental use for the scientific community to finally verify and accept his theories.

His chances for surviving another year were estimated at less than five percent.

Steinman was especially interested in clinical applications for dendritic cells, dedicating much of his career toward the development of new medical therapies and treatments based on his research. His discovery led to the first therapeutic cancer vaccine in 1973, a dendritic cell-based immunotherapy for the treatment of prostate cancer. Other potential immunotherapies that have resulted include cancer and transplantation treatments and vaccines for HIV, malaria, tuberculosis, and the Epstein-Barr virus, some of which have reached clinical trials.

Steinman’s desire to see his research put into practical medical application cannot be overstated. Despite his gentle, almost grandfatherly way of speaking, he often expressed frustration at the slow speed at which experimental therapies escaped the confines of the lab and its theoretical animal and data models to reach actual patients. This impatience took on a new sense of urgency in 2007 when Steinman was diagnosed with Stage 4 (advanced) pancreatic cancer. By the time of his diagnosis, the cancer had already advanced beyond the pancreas and spread to Steinman’s lymph nodes. His chances for surviving another year were estimated at less than five percent.

So, Steinman went to work. In response to his illness, he designed and coordinated a single-case medical study with himself as the sole subject.

In addition to undergoing conventional surgery and chemotherapy, Steinman reached out to the international network of researchers in industry and academia he’d built over his decades-long career. Banding together for this common cause, he and his colleagues developed a variety of personalized cancer treatments, many based on his design and research, including vaccines developed from Steinman’s own tumor cells. 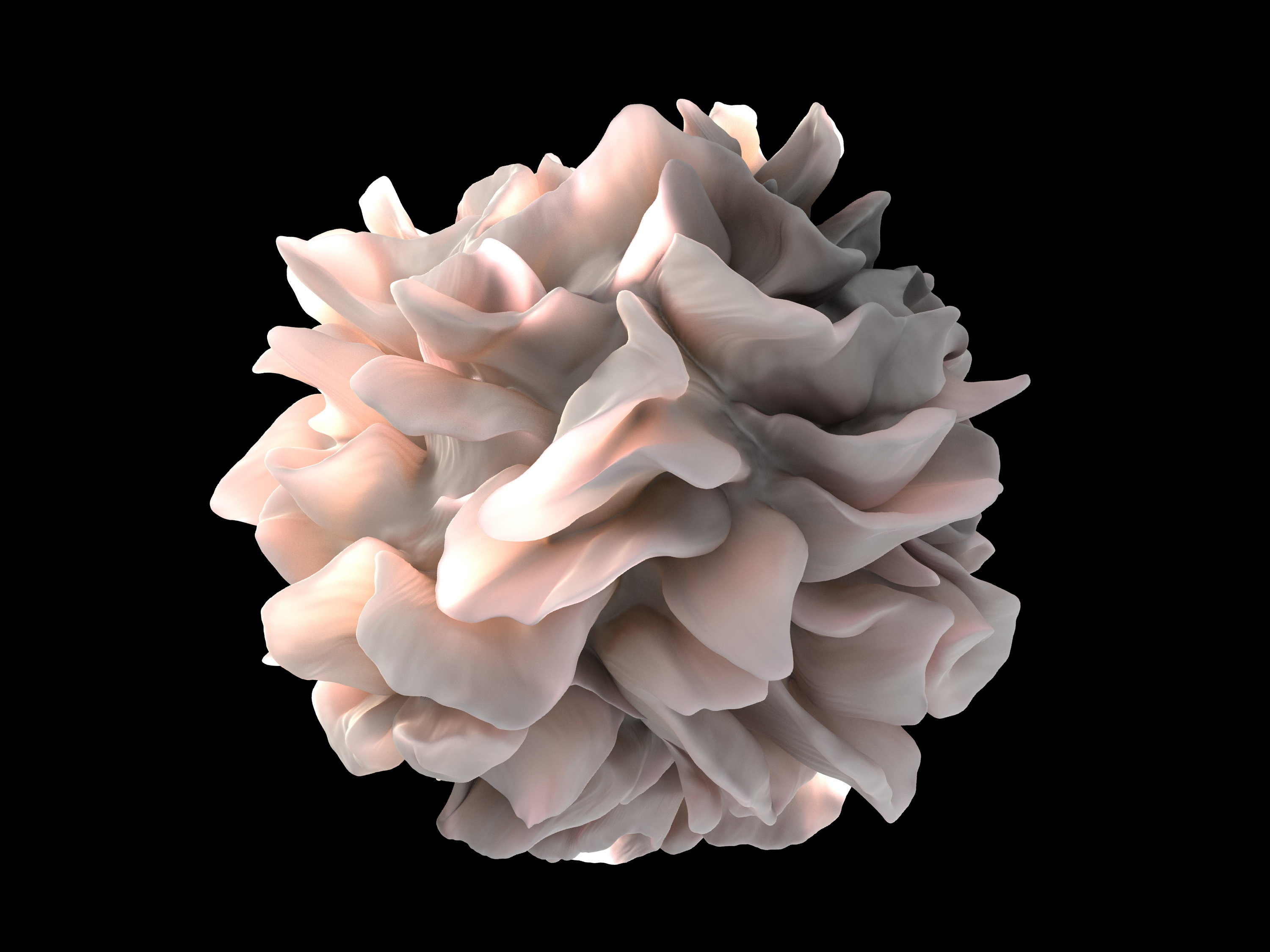 A close-up look at a dendritic cell, the boss cell that kicks off immune reactions and tells other cells what to do and what not to do.

Despite his general impatience with the speed of the traditional scientific process, Steinman insisted on conducting his personal trial according to established protocols, filing mounds of paperwork with official channels and seeking appropriate permissions for untested therapies just like any other trial. Although his personalized experiment was not controlled, he wanted it well-organized and well-documented so his treatment attempts might not only find a cure for himself but also gather knowledge that could be used to benefit others.

This adherence to protocol, however, became a source of frustration for some of Steinman’s colleagues. Steinman, for example, refused combined therapies that failed to get regulatory approval, even though he and many of his colleagues felt the combined approach had a higher likelihood of success. He also initially refused to undergo multiple treatments at once because doing so would confuse the data being collected. With time of the essence, colleagues had to argue with Steinman to get him to prioritize the possibility of his health and longevity over proper protocol and clean experimental results. All told, Steinman underwent as many as eight experimental therapies, in addition to surgery and chemotherapy, to combat his disease.

Four and a half years after his cancer diagnosis, he died just three days before the Nobel Prize announcement

During his long career, he received numerous awards and honors, including the prestigious Lasker Award (sometimes referred to as the American Nobel) in 2007. While in the midst of his illness and self-experimentation, he was also nominated for the 2011 Nobel Prize in Physiology or Medicine for his discovery of the dendritic cell and subsequent contributions to immunology research and medicine.

Steinman joked often about surviving long enough to witness the awards announcement, and as late as a week before, the possibility seemed likely. But on September 30, 2011, four and a half years after his cancer diagnosis, he died just three days before the Nobel Prize announcement. He was 68 years old.

Nobel Prize rules generally prohibit the awarding of a prize posthumously, but given the unusual circumstances and unfortunate timing of events, the Nobel Committee ruled to allow the honor to stand. Steinman shares the prize with American immunologist Bruce A. Beutler and French biologist Jules A. Hoffman, also for their work in the area of immunity research.

Although no one can be sure of the efficacy of the dendritic cell-based immunotherapies Steinman underwent or which one(s) might have helped, the Nobel Laureate lived more than four times longer than expected. His decades of work have contributed to clinical therapies for cancer and infectious diseases that will benefit patients for generations to come. And despite those early years of unfocused study, even his self-experimentation laid the groundwork for future treatments, including an immunotherapy against pancreatic cancer based on data gathered during Steinman’s final experiment. 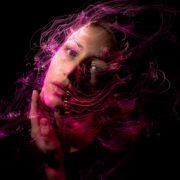 My Body Doesn't Hate Me. It's Just A Little Glitchy.
Jennifer Furner
Pinky Fang, The Artist With Different Eyes

The Health Coach Who Refused To Be Wounded
Don’t miss one more amazing story.
Every week, we’ll send a few of our favorite stories to inspire you.
Send this to a friend
Scroll to top