In Germany, How To Teach Empathy For The Disabled

To create a better world for his stepson, who has cerebral palsy, Patrick Dohmen teaches thousands about accessibility through role-playing.
blindnesscerebral palsyvisual impairment 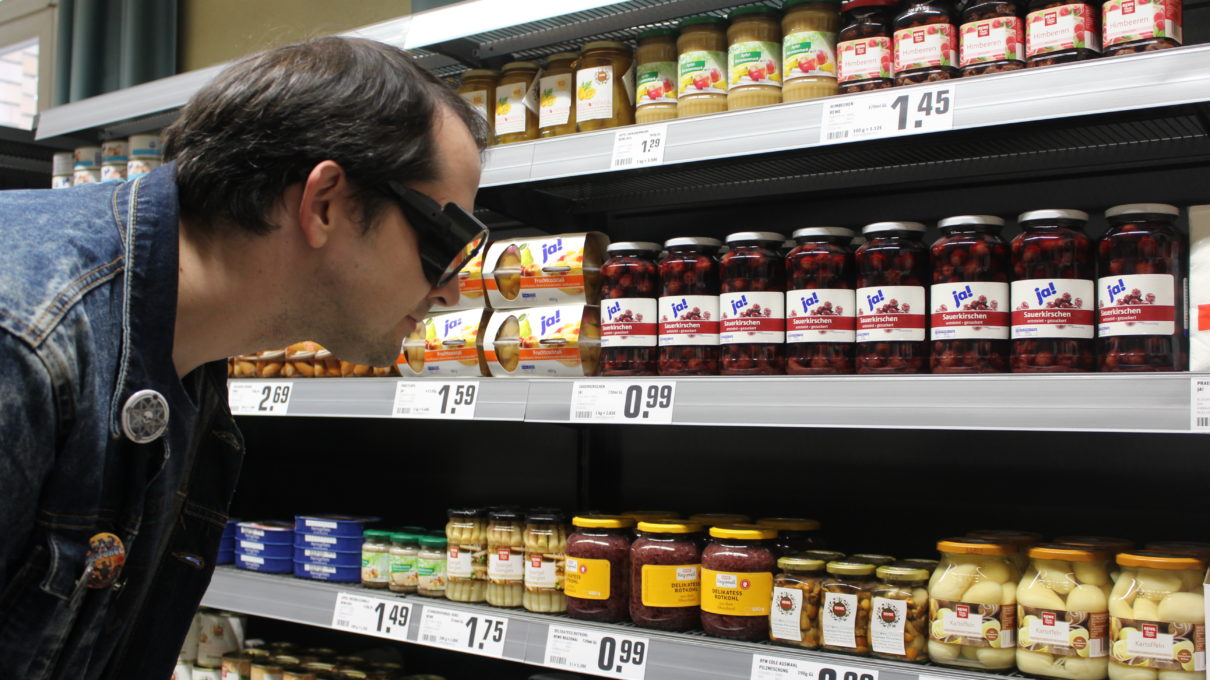 It’s like a scene out of a game show.

In West Germany’s Aachen city, not very far from the hauptbahnhof or train station, almost two dozen people frantically search the shelves of a tiny supermarket for five specific items: a bottle of jam, hot chocolate, muesli, a pack of cookies, a bottle of orange juice. But when the timer stops, no one has more than one or two things in their basket.

“It was tough to see properly with just a tiny hole on my dark goggles,” one of them says, removing his eyewear. “Big, dark spots on my glasses made it difficult to find things on the shelves,” complains another.

The nursing students—apprentices to eventually provide care to people with disabilities–have gathered at the Vocational College for Economics and Business Administration of the greater Aachen Region (BWV) to attend a unique workshop. Each one received special eyewear before launching into their grocery hunt to better understand the hurdles visually impaired people may face while shopping.

The exercise was part of a four-hour training session called SENSE, which uses a mock supermarket recreated at BMV by the international chain REWE to give nursing students a first hand experience on what it’s like for people with disabilities to shop at inaccessible stores.

SENSE is the brainchild of Patrick Dohmen, the founder and chairman of the European Competence Centre for Accessibility (EUKOBA e.V.) The 52-year-old business professional founded EUKOBA after facing barriers himself as he brought his stepson, Dean Curtis, who has cerebral palsy, to places without wheelchair accessibility, such as schools, playgrounds and restaurants, to name a few.

“I wanted to do something,” he says. Which is why EUKOBA works to alter mindsets about accessibility and get people to focus on small changes they can make to include everyone, no matter what health conditions or disabilities they may have.. Apart from SENSE, the non-profit offers an accessibility monitoring system for buildings and a seal that classifies them as barrier-free.

Heading Off A Health Care Crisis

Accessibility, Dohmen asserts, is important not only for people with disabilities, but for a wide swathe of able-bodied people, including children, the pregnant, the elderly, and more. And in a rapidly aging country like Germany, where one in five citizens is over the age of 65 and almost 10% of the population reporting as disabled, it’s even more critical. When the country signed the United Nations’s Convention on the Rights of Persons with Disabilities in 2009, it became mandatory by law to provide equal access to people with disabilities to all physical spaces, as well as transportation systems, information networks and communications.

But Dohmen says that while great strides have been made in improving accessibility for wheelchair users like his stepson, very little is being done for people with hearing and vision impairments, mental disabilities,  or the elderly Ignorance and attitude are still the biggest barriers. SENSE training aims to educate future employees of the health care industry about these issues, in the hope of enacting systemic change.

Learning What We Take For Granted

At BWV, Tammy Schlömer is taken aback when she is asked to cross over a low barrier kept in front of her, which she is unable to, wearing the specially-designed glasses she wears to simulate visual orientation issues, such as those with autism or who have experienced a stroke might face.

“No matter how I turn my head, I’m unable to see the floor in front of me,” she says in exasperation. Later, when Schlömer wears a vest that pokes her back when she bends, simulating spinal mobility issues, she finds it difficult to pick up a pen lying on the floor.  Schlömer had never given a thought to how someone with these limitations lived. “Now I can understand how challenging it must be for them to manage day-to-day activities,” she says.

“It is one thing to hear about something and another to see and feel it by yourself.”

“It is one thing to hear about something and another to see and feel it by yourself,” says another student, Ricarda Witt, after attending the workshop. Walking into a supermarket with simulation goggles that made it difficult for her to read properly was scary for her. “I was thinking, this could happen to me someday.”

SENSE training creates empathy in those who undergo it. Just ask Gabriel Gohr, who says he must have seen elderly customers struggling to pay a cashier a hundred times without thinking twice about it. It was only after he wore gloves simulating the experience of having hand tremors that he understood how hard something as simple as removing coins from a wallet could be for a person with these sorts of issues.

Changing The World, One Student At A Time

“It takes a lot of focus and energy,” he says, pulling out a 1 Euro coin from one of the multiple pockets of his wallet with quivering hands. “I’m now forced to think of alternatives for a more tremor-friendly wallet.”

Since the workshop came to life in 2016, Dohmen has trained 3,200 students working in the health, travel, and entertainment industries across Germany, Belgium, the Netherlands and Turkey. And what started out as an accessibility workshop has become a movement for greater social inclusivity.

After his training, Gohr says he will now  advocate for elderly and disabled people in public spaces. “Accessibility and inclusion are a matter of social justice for me now,” he says. 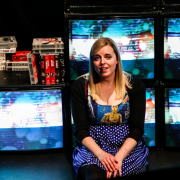 Ask Ada: How To Get My Family Back On ‘Team Mom’ After Illness?
Don’t miss one more amazing story.
Every week, we’ll send a few of our favorite stories to inspire you.
Send this to a friend
Scroll to top