In Sierra Leone, the Survivors of Ebola Fight Its Ghost

When he caught Ebola, Yusuf Kabba thought he was dead. Now, he fights the stigma and challenges that Ebola left behind.
ebola 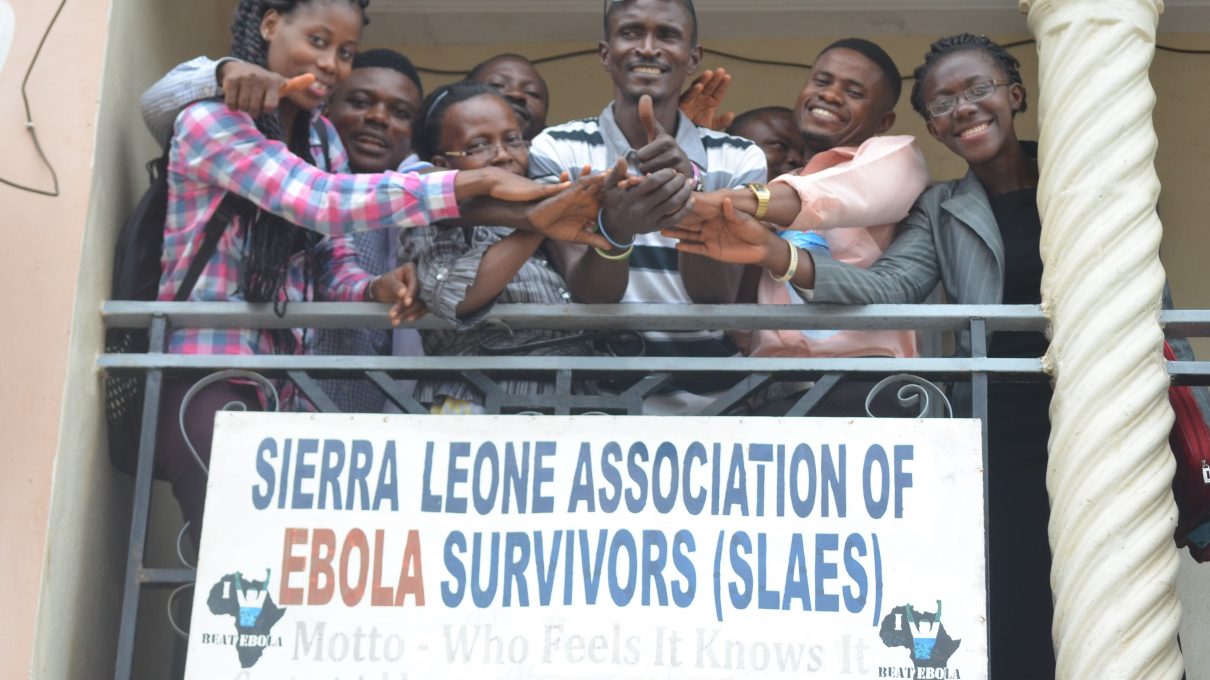 When the ambulance came for Yusuf Kabba, his family wailed and said their last goodbyes. That ambulance surely meant death. Everyone else it took away never came back. It was October 2014, and Ebola was at its peak in Sierra Leone.

he deadly virus shook the West African nation and the world. In the early months of it no-one knew what was going on. When Kabba caught the disease, he and his family and friends had no idea you could survive it.

Now 28 with bright eyes and a wide smile, Kabba is living proof that Ebola is curable. As president of the Sierra Leone Association of Ebola Survivors, he has dedicated the last three years to advocating for his fellow survivors.

Since May 2014, the virus has killed around 4,000 people through the country. That’s just officially: experts believe it could be higher. Luckily, Ebola’s shelf-life in Sierra Leone was fairly short: in November 2015, Sierra Leone was declared Ebola-free by the World Health Organisation.

“Surviving Ebola was a miracle,” Kabba says exactly three years after he went through hell fighting the disease. 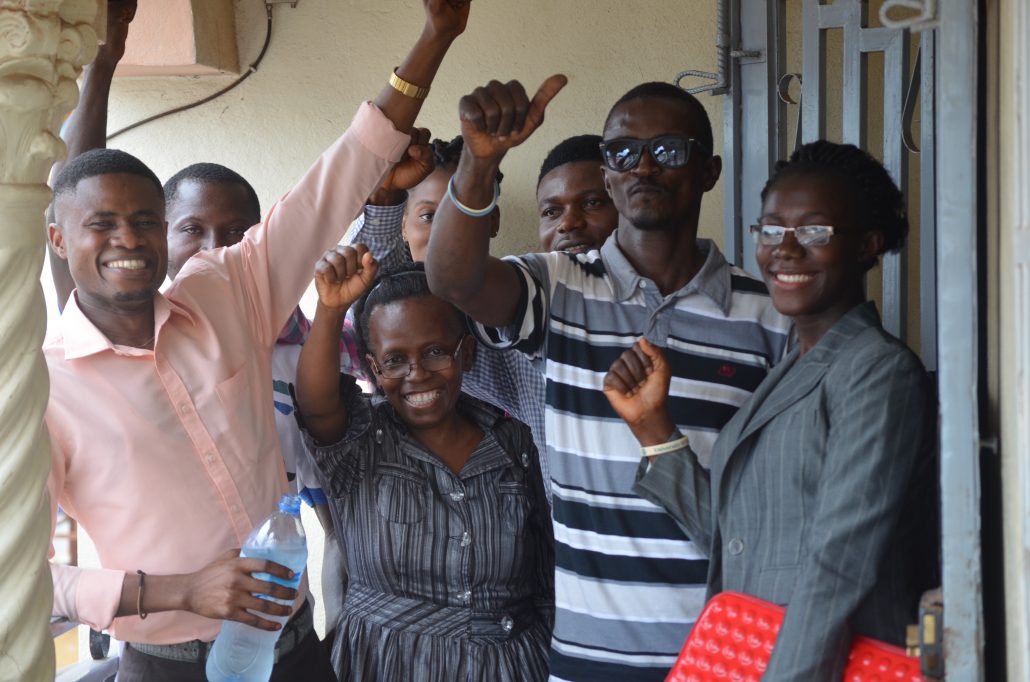 Yusuf Kabba posing with some of his fellow Ebola survivors.

The disease started in the east of the country but soon spread to the over-populated capital, where Kabba lived. He caught it from a doctor, who didn’t know he was infected. When Kabba started getting ill the ambulance came for him.

The ambulance took Kabba to a holding centre where he was left for a few weeks to be tested for the disease. Waiting for those results was torture: the center was appalling, and the horrors of it are still fresh in Kabba’s mind.

“I saw a large number of dead bodies. I was really confused about that. The place was not tidy. You would see people vomiting blood everywhere, everything was untidy, no caring.” People were left without treatment “just suffering and dying” while they waited for their results. Sometimes the bodies were left in the center for days.

Kabba found the energy to argue with medical staff about the poor system they were running. “I believe in talking about things I think are not right,” he says. “I was really arguing  with them…” all while showing the telltale signs of Ebola, like vomiting blood and excessive diarrhea.

Before the ambulance came for him, Kabba says he didn’t actually think he was going to die. But once at the center, the truth seemed much starker: Ebola was a death sentence. “I saw the visible evidence all around me–those who were with me [at the center] all died. I thought I was going to die too.”

But he didn’t die, and while the Ebola holding center he was in seemed inhumane, his health workers hadn’t actually given up on him. Kabba was taken to a treatment centre, where he saw firsthand that people could recover from the Ebola virus. Within two weeks at the treatment center, he had regained enough strength to walk down a corridor. As he did so, he heard the sounds of everyday living through a window, and knew then that he would rejoin the outside world. 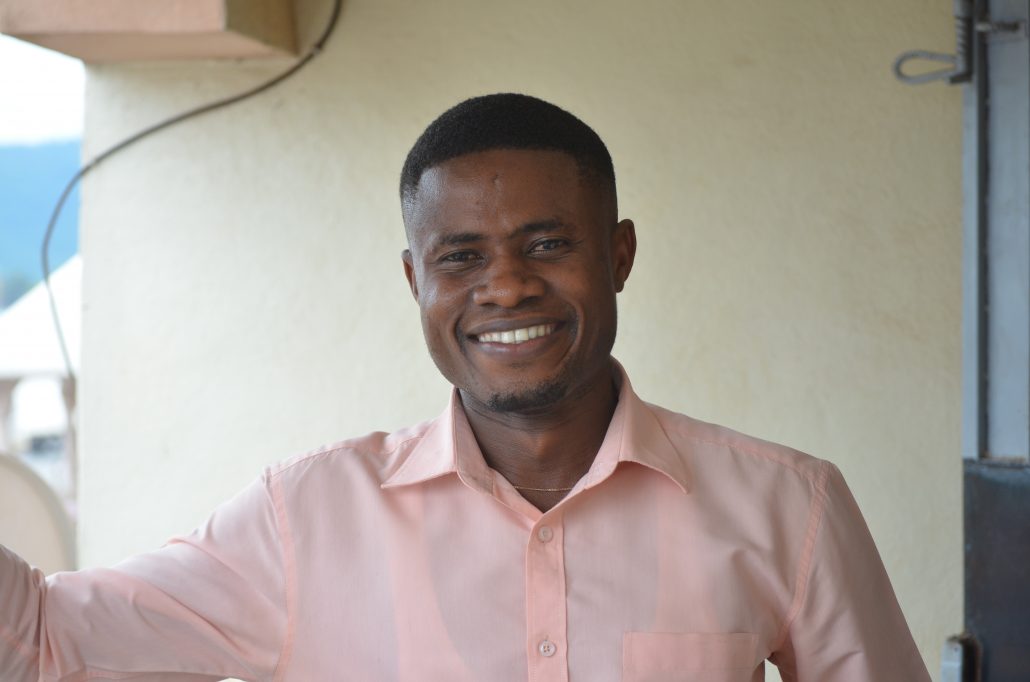 Kabba is living proof that Ebola can be survived.

Surviving ebola meant a new beginning for Kabba. After he recovered, he went to visit other patients still fighting Ebola, trying to show them that “hope is alive” and to keep fighting. And over the past three years, his organization has tireless worked to advocate on behalf of Sierra Leone’s Ebola survivors, and to end the disease’s grip on the nation.

“At the end of the day we succeeded,” Kabba says. “Our country was declared Ebola-free. That was a great moment for all of us as survivors, so we laughed, but it was also tragicomic:  we also cried, because while Ebola had gone, we’d lost so many of our friends and family members.”

Although Ebola may be gone from Sierra Leone, Kabba and his co-survivors are now fighting its ghost: stigma. “People think we are contagious,” he says. Through hard work and perseverance, Kabba his team and other campaigners have worked to integrate survivors back into their communities. A major coup was getting Sierra Leone president Ernest Bai Koroma to meet with and publicly support Ebola survivors.

With the stigma of Ebola now largely overcome, Kabba’s group focuses on advocating for improved medical care in Sierra Leone, especially for Ebola survivors. While his health is okay, Kabba says that many fellow survivors suffer from a variety of ailments, including blindness, insomnia, fatigue, and impotence. The weakened immune systems of Ebola survivors also can lead to deaths.

Despite it all, though, Kabba is living prove there is life after ebola. “All of us who have gone through this believe in a pathway towards a brighter future,” he says.

Priti Salian
Useful Resources
Do you know someone else who would enjoy this story?
How Chronic Illness Made Me A Better Writer

Sympathy Cards Without The Saccharine
Don’t miss one more amazing story.
Every week, we’ll send a few of our favorite stories to inspire you.
Send this to a friend
Scroll to top