In Tandem, The Sighted Bicycling The Blind

In Mexico City, a group of tandem bicyclists gathers every Sunday to give blind and visually-impaired people a tour of the town.
blindness 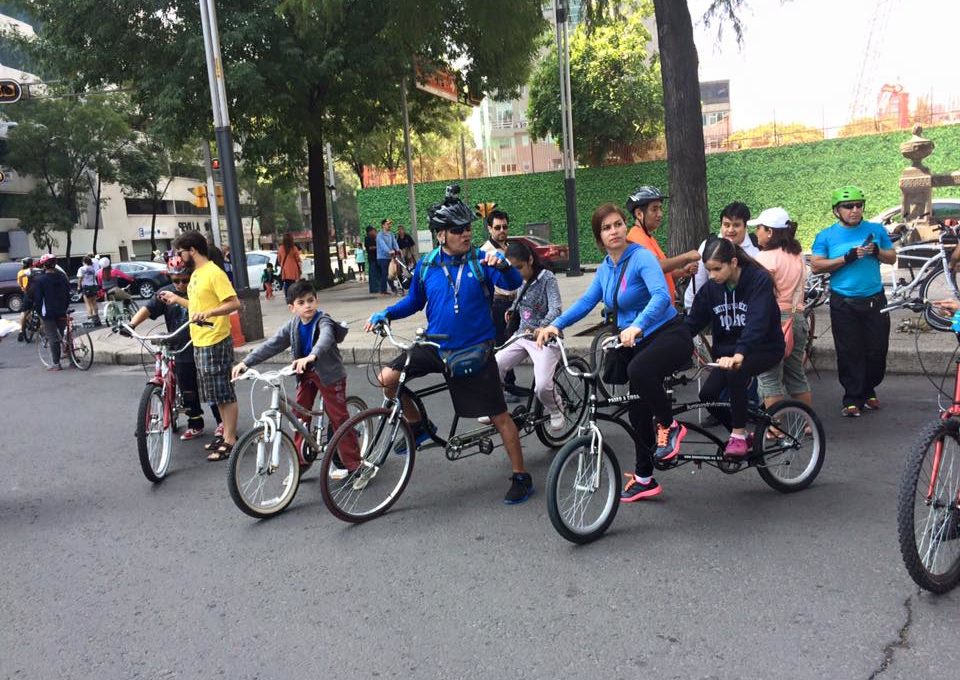 It’s called Paseo a Ciegas, or Blind Ride. The initiative, which began in 2010, has now helped hundreds of riders who cannot see to mount double bikes and take a spin on the open road with the assistance of volunteers. The objective is twofold: Fostering the inclusion of people with visual, motor and intellectual disabilities and generating awareness.

“Bikes have been with me since childhood, and I am passionate about sports, about road biking… and I like bikes themselves, as an object and apparatus,” says de la Torre, who has eight bicycles in his home collection. “Bike riding, with the wind in your face, the sensation is very close to that of freedom.”

“Bike riding, with the wind in your face, the sensation is very close to that of freedom.”

The organization currently has 27 tandem bicycles steered and co-pedaled by volunteers, in addition to three adult tricycles and a large stroller that can be used by people with motor or intellectual disabilities.

“(The idea is to) help others, make cities more human, more friendly, to treat people equally,” de la Torre explains, noting the ride has been replicated in 11 Mexican cities including Guadalajara, Monterrey and Morelia and taken to countries including Panama and Argentina.

When he started ten years ago, de la Torre added, he never imagined that his initiative would have such a deep impact. But in a mild stroke of good luck, he notes, his own project coincided with a growing interest in bicycles as an alternative form of transportation and activity in Mexico City, where local government was just beginning to implement a public bike system known as EcoBici, construct wide cycling lanes and hold the weekly Sunday recreational rides during which cars are banned and cyclists and runners take over congested streets.

“It’s an ingredient that was added to the soup,” says de la Torre.

“(The idea is to) help others, make cities more human, more friendly, to treat people equally.”

His idea also met a need. “It’s grown little by little due to demand, because of the interest from people in the disability community in riding a bike,” he said. “(People) started learning about us and they joined in.”

The riding group has also turned into somewhat of an influential club in all things recreational. “We have evolved,” said de la Torre, noting that riders and others with disabilities often do cultural activities together including visiting museums, going to shows, taking walks and trips, doing yoga and watching movies, in addition to a host of other activities.

There’s only one minor detail: Securing enough financing to make it all happen.

“There’s a lot of bureaucracy. We don’t have support from the government, we don’t have private support from any company, and making the association sustainable is a challenge. It’s very hard work and it’s very sincere work because it’s voluntary,” he said.

De la Torre obtained Paseo a Ciegas´ first few two-seater bikes through donations, but is currently in the process of raising funds which could be used for a recumbent hand-cycle bike for amputees or general upkeep.

“Buying (the bikes) is easy and cheap, but maintaining them is difficult and expensive,” de la Torre said, noting that other costs include paying rent to have a central office and place to store bikes and other materials. Regardless, he estimates that hundreds of people, if not thousands, have helped make the project sustainable.

He pointed to the volunteers who have reliably steered bikes over the years and recalled the first time he chaperoned his own two-seater. It was a life changing experience, he said.

“When I’ve had experiences and met people who were blind or became blind who ride and become independent through their bikes… it fills me with satisfaction, it motivates me to keep going,” de la Torre said. “This enables me to share (my passion) with people—people with disabilities, people who involved with the association—and then they also become passionate.”

After a decade, does he ever get tired of it all?

“I am a human being made of flesh and blood, and there are days when I say to myself, ´This is really hard, and it´s hard to do it alone,” he said.

“But when the fatigue, the pressure, the stress comes to my mind, I take out the bikes on Sunday and as soon as I start doing it, people with disabilities thank me and greet me, and all of the weight and exhaustion disappears, and I know I´ll keep doing this until I take my last breath.” 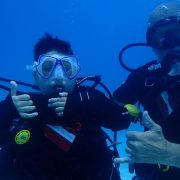 The Big-Hearted Org That Brings Scuba Diving To Everyone
Brent Crane
What To Ask Instead Of ‘Why Me?’

Ask Ada: I’m Sick Of Arguing People About Handicapped Parking. Help!
Don’t miss one more amazing story.
Every week, we’ll send a few of our favorite stories to inspire you.
Send this to a friend
Scroll to top