In Treating Chronic Illness, “Normal” Is Not Always The Right Standard

Normal is different for everyone. What doctors should concentrate on is you're not getting worse.
hormone disordersjaundice 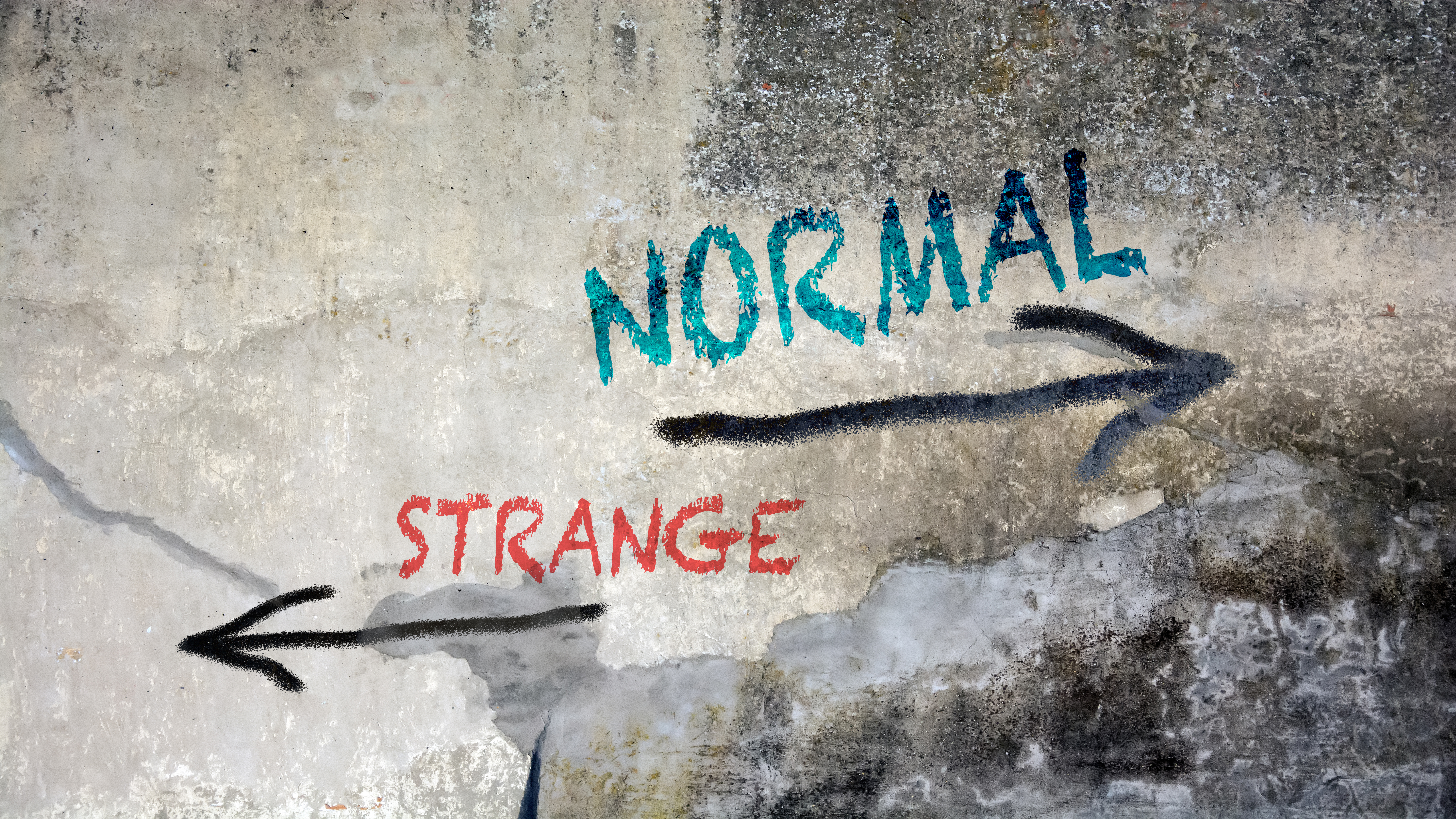 My mother, bless her heart, has always been obsessed with the concept of “normal.” More specifically, “normal,” as it pertains to her daughters.

That’s not to say that this is in any way atypical of any other mother, who surely yearns for their child to belong in the world. Every parent I’ve ever spoken to has expressed the same wants: for their children to be loved and accepted, to fit in, to have friends. My mother’s concern about my “normalcy” has been, in my opinion and perception, exacerbated by the fact that literally, since before birth, I have been anything but normal.

First, it was jaundice at birth, freakishly yellow eyes and skin that took the place of a typical Caucasian baby’s rosy tone. Then it was the fatigue, the failure-to-thrive, the constant doctor’s visits, the inability to attend public schools, and on and on and on. When my mother talks about this time in my life, she always pointedly mentions that, seemingly despite all my afflictions, people would stop her in supermarkets and at the library to peer down at me and say  “what a beautiful baby!”

“People say babies are cute or pretty, not beautiful,” Mom would say, punctuating that statement with a small smile. I still wonder if that smile is prompted by memories of pride in a smaller, chubbier version of me, or if she’s smiling in relief that, despite the poor genetics I inherited from her side of the family, I also bear her same wide eyes and full face that will protect me from age spots and wrinkles until my fifties.

When I hit puberty, there was no denying my body was under attack by abnormal forces.

When I hit puberty, there was no denying my body was under attack by abnormal forces. There was the disproportionate weight gain, the chemical imbalances that lead to diagnoses of depression and anxiety, and the lack of libido that was either due to hormones or sexual orientation, something my mother and I disagree about to this day. It was during this delicate time that I began to come alive to both this concept of “normal” and, more harshly, to how I was surely never going to fit into it.

My mother isn’t the only one fixated on the idea of “normalcy” when it comes to me and my physical form. Every doctor I’ve had, from birth to present day, has taken great pains to assure me verbally and through action that they are trying so hard to attain for me the same standard of health that the average non-chronically ill person possesses simply by genetic luck of the draw.

“Our goal is to get you to the normal amount of energy,” said my doctor to me at the age of six after my mother expressed concern over my unusually dark undereye circles and the five hours of broken sleep I was getting every night.

“I know it’s not normal, but you should be happy. Most girls would kill to have breasts like yours,” said a different doctor to me when I, at the already-confusing and stressful age of 14, asked her to investigate whether my 32DDD breasts were continuing to develop because of an overabundance of hormones in my system. (Spoiler alert: they were.)

“We’re trying to get you back to normal,” my current doctor told me, prescribing a course of pills that would, in theory, restore my hormones to the balance they never quite managed on their own. I had to laugh at that. As if I was “normal” to begin with.

For my entire life, those doctors that chased normalcy for me as if it was some prize, a golden ticket… did me the ultimate disservice.

For my entire life, those doctors that chased normalcy for me as if it was some prize, a golden ticket or even just the light at the end of my body’s really weird tunnel, did me the ultimate disservice. While they threw thousands of dollars and hours at that vague goal, science advanced just far enough to cordially inform me that my cells are broken, my brain is permanently imbalanced and there are holes in my stomach lining and organs that are constantly poisoning me. All of those things, as of now, are unfixable. All of those things, as of now, contribute to my current quality of life.

Every time I ask if there are ways to help me function given all those factors, I am met with resistance. “What?” their eyes seem to ask. “You don’t want to be normal?”

Normal does not equal survival. At this point, I’ll take whatever I can get.

I have many questions about the healthcare and medical industries, but this is the song that always remains the same: Doctors, instead of fixating on some universal standard of “normal,” why don’t you focus on taking care of each patient individually and assisting them in maintaining their quality of life? If “normal” is unattainable for someone with a permanent illness or disability, why not throw that same passion at finding ways to make their lives in that physical, traitorous body bearable?

That obsession with “normal” that every doctor seems to have is in and of itself a stumbling block, something that blinds practitioners to other courses of treatment and care that may be available to patients. Because, let’s face it, short of rewriting my genetic code, there is little to nothing you can do to make me “normal.” I’d rather be able to function to the best of my physical ability than spend even more time, money and energy chasing after something I will never be able to attain.

Most patients want to be normal. Doctors are accustomed to prescribing pills, treatments, surgeries that are all aimed at bringing patients back from the brink of “abnormal.” If only they could shift their attitudes and recognize that the conversations about symptom management and lifestyle maintenance chronically ill and disabled people regularly have with multiple doctors and specialists is a form of “normal.” It’s my normal. It could easily be doctors’ “normal” too, if they truly believe in their mandate to “first, do no harm.”

That obsession with “normal” that every doctor seems to have is in and of itself a stumbling block, something that blinds practitioners to other courses of treatment and care that may be available to patients.

When I saw my doctor last month, I could sense from the moment he walked into the room that he was bracing himself for what I’m sure he thought would be a difficult conversation.

Outwardly, I was calm. Inwardly, I was dancing the most spastic of jigs. Finally! I wanted to shout. Someone understands!

“I know that might be disappointing to you,” he continued, oblivious to my nonverbal hallelujahs, “but I think that’s what we need to do before we can look at trying to get you better.”

“And you’re…okay with that?” he asked, sounding baffled.

“Yup,” I said, smiling in a way that probably left him wondering if I had heard him right. “Just tell me what I need to do.”

Meghan Beaudry
Do you know someone else who would enjoy this story?
You might also like...
Sick Women, Raise Your Fists! How To Fight The Power
Sarah Wilson
Ask Ada: When Is It Too Soon To Worry About My Children Being Depressed?

What Queer Eye Got Wrong About Disability
Don’t miss one more amazing story.
Every week, we’ll send a few of our favorite stories to inspire you.
Send this to a friend
Scroll to top