Kickboxing My Way Through Chemo 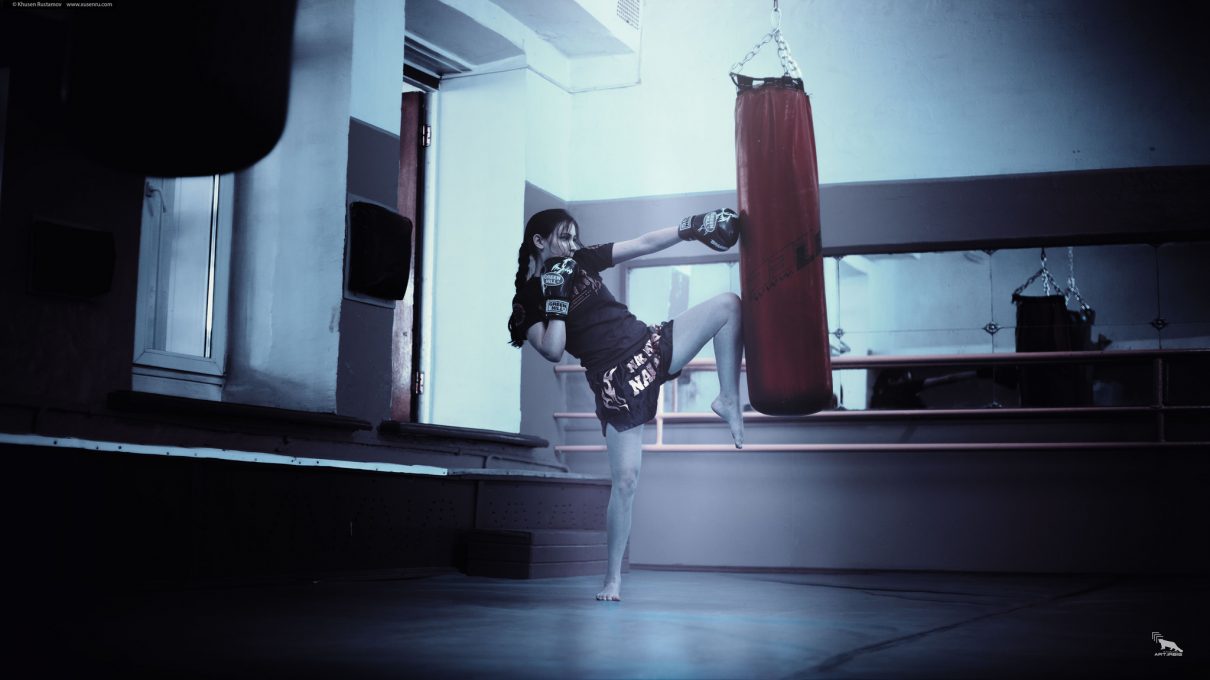 If the gym is your church, like it is mine, you’ll understand. When something goes wrong–whether you need a place to forget, or an outlet to channel what you’re feeling–there is no place like the gym.

CKO Astoria, a kickboxing gym in New York, is my second home, and has been for the past four years. I met the most amazing people there, and most importantly, I found myself there. Lost in a sea of misery and depression, I literally punched and kicked my way to a saner me. So when I was diagnosed with cancer, I vowed that I wouldn’t let it get in the way of going to the gym. I was not about to lose myself again.

I’ll never forget that day, June 29th,2017, when I got the call and was told my opponent was breast cancer. When I spoke to the doctor on the phone in the middle of my workday, I paced like a caged tiger. Once I finally collapsed into a conference room chair, though, it was a different story. I felt like the wind had been knocked out of me. Luckily, through kickboxing, I’d had training on taking big hits: always exhale on contact, it makes the pain bearable.

Have you ever been in a fight and gotten punched so hard you lost your breath? That’s pretty much what being told you have cancer feels like. It’s like a spinning back-kick to the solar plexus. If you don’t know how to take a hit, it knocks you back and makes you beg for air.

Have you ever been in a fight and gotten punched so hard you lost your breath? That’s pretty much what being told you have cancer feels like.

After I started breathing again, I went back to work. There were so many thoughts running through my mind at this point, but I didn’t react. I couldn’t yet. Instead, when work was over, I went to the gym: it had gotten me through so much over the last four years, it would get me through this too.

Upon hearing I had breast cancer the owner of CKO Astoria kindly offered to freeze my account. Yet I was horrified.

“You’ll do no such thing,” I told him. “Your job is to keep me strong. That’s what I need from you.”

And that’s exactly what they’ve done. Like a good trainer, they’ve kept me strong and motivated as I fight my toughest opponent yet.

Chemo isn’t what most people expect; it’s certainly not what the movies show. Everyone’s treatment is different, everyone’s body reacts differently, and so does your mind. So when I started chemo, I didn’t know if I would be able to keep to my four-day-a-week gym routine, but I’d try my best. And the night before my first treatment, there I was, punching and kicking: doing burpees, pushups, laps, squats, thrusts, jab, cross, hook, elbows, roundhouses.

Nothing was going to phase me, because all I could see was the battle ahead of me. 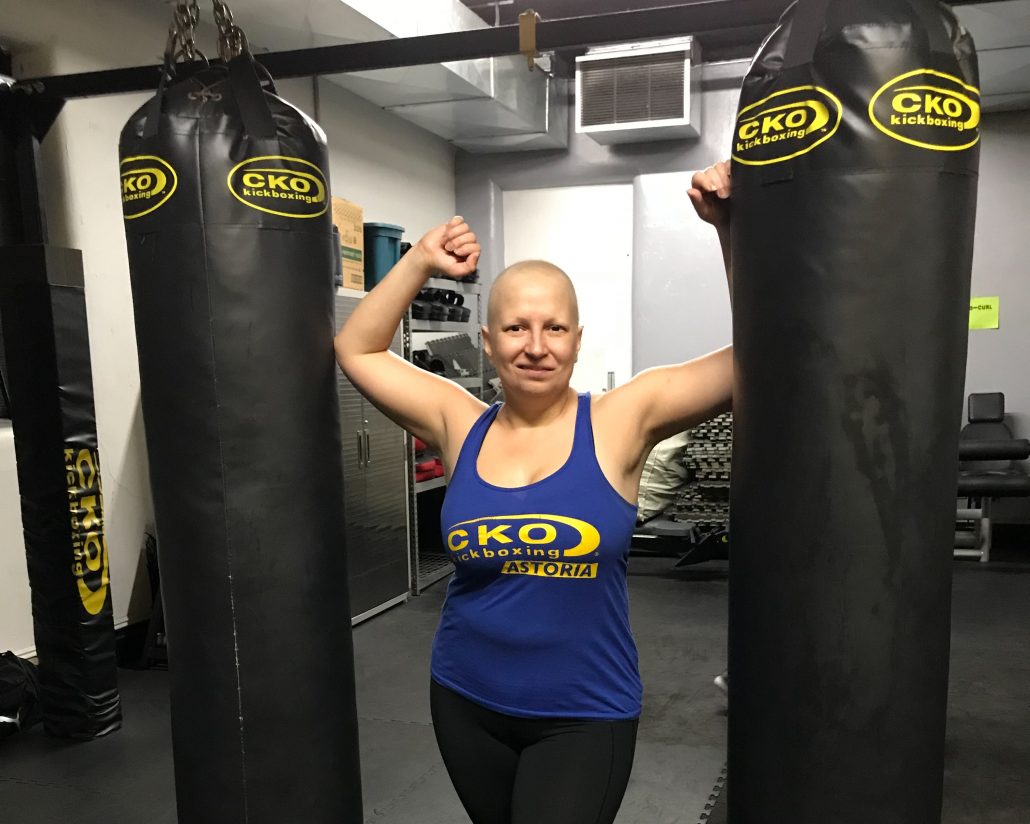 My first treatment came, and I was told I wouldn’t feel it until three days later–Saturday–when the steroids wore off and the poison sank in. I used kickboxing, punching, running, and lifting weights as a way to utilize the otherwise destructive side effect of the steroids on days one and two.

By the time Saturday morning class came, I felt like I was kickboxing in the ocean. My body was heavy and felt like it floated in nothing, and that was the way it continued to feel through my chemo (especially when the neuropathy set in) but I kept going: every week, to every class I could.

Sure, I had to modify my workouts. Running and jumping rope became difficult, so instead, I rowed. The trainer said 10 burpees, my body said 5; some days it said zero, so I squatted instead. This wasn’t about ego; it was about winning. I listened to everything my body told me about what it could and couldn’t do, and I adjusted accordingly, because being at the gym made chemo more tolerable to me, mentally and physically.

I couldn’t have done it alone. Luckily, CKO Astoria has a great community. The owners, the trainers, the friends I’ve made; they’ve all stood by my side. Keeping me focused, coming to treatment with me, reminding me to slow down when I seemed to be pushing a little too hard.

You don’t fully understand what chemo does to a person unless you go through it. It’s like trying to function underwater, wearing weights over your entire body; legs dragging because you aren’t sure if you’re touching the ground. Still, I pushed through at the gym, knowing that if I could get through this class, I could get through the next treatment.

Staying on course with my workouts helped my nausea, and helped me keep up my appetite and water intake: things that are often the first to go during chemo. The doctors were amazed I kept going, and said it clearly was helping my body recover, but what they didn’t understand was the positive effects weren’t just physical. Having cancer can make you angry, but when I felt angry, I pictured a cancer cell on the bag and punched away. It helped.

Cancer is a tough opponent. But I’m tougher, I think.

Until two days before my surgery, I kept taking classes. I went from four classes a week to two, and then down to one, but I never stopped going: working out always helped. And it still helps.

As I recover from surgery and get ready to start radiation, my body, mind, and soul are exhausted, but my determination to keep going is still there. I’m slowly getting back to the gym, doing a little more each time I’m there. Kickboxing helped me to find myself before cancer, it helped prepare my body for the chemical attack it was forced to endure after cancer, and even if I’m left with scars, it will help me beat cancer in the end.

Cancer is a tough opponent. But I’m tougher, I think. 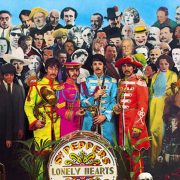 How Sgt. Pepper's Gave Doctors The Ability To Scan For Brain Tumors
Kirk McElhearn
Healing Her Gut Through Bread Baking

Crusading For A More Diverse, Representative Hollywood
Don’t miss one more amazing story.
Every week, we’ll send a few of our favorite stories to inspire you.
Send this to a friend
Scroll to top