Emily Eifler leads a beautiful life. Every morning, she wakes up in San Francisco’s Twin Peaks next to her husband of 12 years, thanks to the caterwauling alarm of their alarm clock cat, who rigorously needs petting at dawn. She lives in a tiny, picturesque little house, with a bright and fragrant garden, where she sits, stroking her other cat. As she does so, she eats toast, butter, and honey, while reading comics — fantasy comics like Kieron Gillen’s The Wicked + The Divine are her favorite. When she’s done, she practices her yoga, and maybe does some dancing on the patio. Then she goes to work. 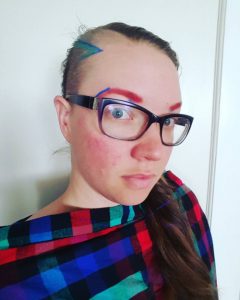 A tatterdemalion of bright textures and clashing colors, Emily bikes to her lab in SoHo. She makes for a morning-brightening sight: her head is half shaved, she wears rainbow wool dresses and silk scarves over leopard print leggings, and her eyebrows are often smeared with streaks of literal magic marker. “I don’t mess with lipstick or foundation, no mascara or traditional applications of eyeliner. No contouring or cover up or highlighter,” Emily says. “I just draw on my head.”

It works. She looks like an awesome video game character, which is sort of appropriate, because Emily is a respected VR researcher, who spends her professional days working on the problem of how people perceive and integrate into the virtual world.

For almost a year, Emily has been posting a spherical 360-degree-video on her personal blog every day. These spherical videos are specifically important to Emily. She lovingly describes them as “little ladlefuls of space-time,” a way for her to externalize a moment into a virtual room she can explore at a later time. “My videos are a way for me to construct memories,” Emily says. That’s important for her. She can’t form memories like other people can. Whether it takes weeks, months or years, Emily’s chronic amnesia always sweeps them away.

On her 10th birthday, Emily’s family and friends went to a local hotel pool for a swim party. Invisible amongst the squealing and splashing–except, perhaps, in the flickering of the candles on her birthday cake–a carbon monoxide and chlorine gas leak unevenly filled the area. Everyone was poisoned, but Emily and her mother, a doctor, were affected worst. Emily’s mother experienced stroke-like side effects that practically paralyzed her with a crippling migraine for the next eight years. As for Emily, she developed what she calls “a grab bag of neurological issues, from Alice in Wonderland syndrome to post-traumatic stress disorder.”

Like her mother, Emily gets chronic migraines, which she treats with magnesium supplements and medical marijuana. (“It’s a miracle drug,” she says. “They say too much pot makes you a slacker, but I only have a full-time job because of medical marijuana.”) She suffers from periodic and debilitating trembling attacks, where her entire body feels set to shake itself apart. Her body’s ability to accurately tell where it is in space, called proprioception, is also severely limited, causing significant balance issues and forcing Emily to walk with a cane. But this condition actually makes Emily uniquely suited to tackling how a person is supposed to physically sense where they are within a virtual world when they can see and hear it, but not feel it. Non-virtually, that’s a problem Emily’s been dealing with ever since she was 10.

Curiously, what many people might find the most horrifying side effect of Emily’s brain injury is the one which bothers her the least: after a few months, she forgets almost everything. “I can’t really remember anything after the age of thirteen,” she says. If what happened was particularly meaningful, Emily will remember the fact of it afterwards, but not the details, or any of the first-person narrative. For example, Emily says that she knows that she once went to China on a trip, but she has no memory of anything that happened there. She doesn’t remember what she wanted to be when she was growing up, or why she went to college.

I miss my brother, even though he died a long time ago. I don’t know what I miss about him, but I do.

Sometimes, not being able to remember is as tragic as people, largely informed by movies like Christopher Nolan’s Memento, might expect. Years ago, Emily’s older brother Ryan died. Emily knows this, it’s a fact, but she can’t remember what Ryan’s face looked like, what happened on the day he died, or really almost anything about him. It’s just not there. The only thing that is there is sadness. “I still cry about it sometimes,” Emily says. “I miss my brother, even though he died a long time ago. I don’t know what I miss about him, but I do. Trauma is sticky. Those emotions are still stored in my body; my body still recognizes the welling of my heart.” 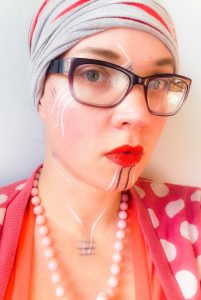 Beautiful with a fashion sense all her own.

But there’s also moments of great beauty in constant forgetting. Emily’s husband, Steve, who remembers things in “Technicolor detail,” is someone she says she is “constantly falling in love with” all over again. Because she can’t remember their life together, he lovingly describes it to her in newsletters, meant just for her. Through Steve, Emily is able to experience, again and again, the moments of passion, friendship, silliness, and tenderness that have intertwined them: their first date, their first kiss, the day they moved in together, the day they adopted their cats, and so on. Steve just never gets old for Emily. “Yesterday, he was in the living room, reheating food, while doing a silly dance and some weird voice,” she says. “I just sat there, thinking: he’s awesome, I love him so much. But I know I’m not going to remember this, which makes me enjoy it so much more in the moment. I can’t be nostalgic in the future. I have to be nostalgic for right now.”

One thing does concern Emily about her future. She and Steve have started talking about adding a baby to their happy household of buttered toast and cats. “We both want to have kids, but what does that mean? I’m going to forget their whole lives.” But ultimately, Emily and Steve don’t think it has to be a deal breaker. Even without a long-term memory, they know that Emily can be a good mother… the same way she is a great wife, a caring lover, a hilarious friend, a talented artist, a dutiful daughter, a respected professional, and more.

“When people first meet me, they’re so aghast that I don’t have a first-person narrative memory,” says Emily. “They think that if it disappeared, they’d disappear with it. But I’m still the same person: I didn’t lose my identity just because I lost my memory.” After all, everyone forgets. Emily just knows better than the rest of us that being good at remembering doesn’t have much to do with the kind of person you ultimately are. 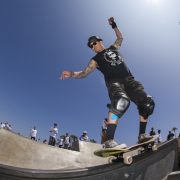 Pinky Fang, The Artist With Different Eyes
Don’t miss one more amazing story.
Every week, we’ll send a few of our favorite stories to inspire you.
Send this to a friend
Scroll to top