Learning The Language Of My Husband’s Parkinson’s

I've immersed myself in a new language three times out of love for my husband, but Parkinson's has been the most challenging.
best ofdegenerative disordersParkinson's Disease 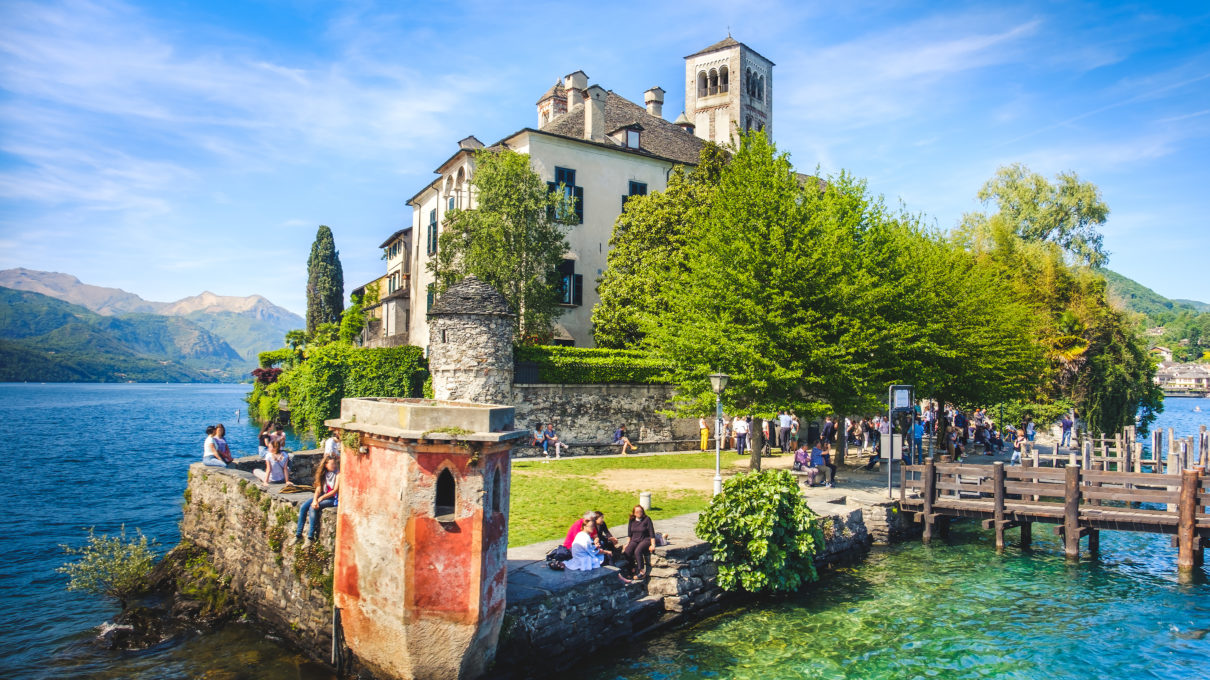 My husband and I were standing in the kitchen, talking, in the weak sunlight of a Midwestern winter. Suddenly I noticed his pale hand, in stark contrast to his dark sweater, moving up and down.

Because my husband is originally from Italy and our conversations weave smoothly in and out of English and Italian, I assumed he was communicating to me with a typical Italian hand gesture that can either mean “wow” or “you are driving me crazy.” I was confused. I didn’t know why he might be upset with me or why he seemed to be hiding his hand in the crook of his elbow.

“Are you moving your hand?” I asked.

His answer, that his hand had been trembling occasionally since Thanksgiving, sent us on a path toward a bigger answer: My husband has Parkinson’s Disease. La malattia di Parkinson.

I love languages. I teach Spanish, speak Italian, understand Catalan and read French and Portuguese fairly well. Perhaps, then, it’s not surprising that understanding Parkinson’s disease (PD)—and gaining a new understanding of my husband with PD—felt like learning yet another language.

Understanding Parkinson’s disease (PD)—and gaining a new understanding of my husband with PD—felt like learning yet another language.

Like all new learners, I first concentrated on vocabulary. I knew the term Parkinson’s, but until then it had only been a word floating in my head, unattached to my immediate world. After my husband’s diagnosis, my mind, like a spider, began weaving a web of connected words with PD in the middle.

Some vocabulary items that I already knew –tremors, dopamine, gait– suddenly flipped around and linked to each other. Mostly, though, I had to introduce new concepts into this web of words for PD, such as the technical terms for symptoms, medicines and chemical functions in the brain.

Grammar is a language’s underlying structure, and like a student racing through lessons on verb tenses, grammatical gender and pronouns, my husband and I sought the rules and patterns for Parkinson’s. We read books, made appointments with doctors and met others who had PD. While we found some helpful, general guidelines, the unknowns seemed to outnumber the rules. There was no way to know how quickly my husband’s PD would progress, which symptoms would emerge or what treatments would work. This tension is familiar ground for anyone who has tried to understand a language’s grammar only to realize that there are just as many exceptions as rules. To top it off, “Parkinson’s is not one disease,” the first specialist we visited told us, “but several,” leaving us unsure of what to expect and how to proceed.

For many people learning a language, whether in school or on an app, that’s it: vocabulary and grammar. Put them together, stir and viola! You might not become fluent, but you can pass the tests.

To really understand Parkinson’s, though, and specifically my husband’s PD, I had to dive deeper. I needed to learn by immersion, like I had done with another language once before.

To really understand Parkinson’s, though, and specifically my husband’s PD, I had to dive deeper. I needed to learn by immersion.

In the northern Italian valley where my husband grew up, people speak both Italian and another language: Bergamasco. In fact, Bergamasco was his parents’ first, preferred language. When we would visit them, I could only understood half of many conversations; my husband spoke in Italian, a language I had studied and practiced, but his parents replied in Bergamasco. One day, though, I heard my husband ask his mother a question, and she answered with one word: nagot. From the context, it dawned on me that she had just said “nothing.” I hadn’t read that word in a book. No teacher had explained it to me. I wasn’t prepping for a vocabulary test. My mind had simply been noticing patterns and forming meaning with no conscious effort on my part.

From then on I began piecing the language together for myself. I heard the difference between the endings of singular and plural words. I could predict the polite phrases my in-laws and their friends always said when they met and said goodbye. I asked for help, too. Once I told my brother-in-law that I knew the word for “good” (bú) but not for “bad.” “Mia bú,” he said, and I laughed at how languages can teach us to see things differently: the word for ‘bad’ was simply “not good.”

I never became fluent in Bergamasco. Although the language fascinated me, it wasn’t a part of my identity like it was for my husband. But by listening carefully and picking up on patterns, I came to understand it.

Now I find myself learning Parkinson’s through immersion, too.

A few weeks ago, we ate dinner on our screened-in back patio. While eating our salads (which Italians eat after the entree), I was startled to see a small, dark, fuzzy creature scurry across the floor, behind my husband’s back. “Look, look!” I cried while I pointed behind him to his left. “There!” I said again, pointing to my husband’s right as it hurried toward the house. He never got a good look at the animal, and I wondered why he hadn’t shown more interest, barely twisting around to look behind him. (Later, a friend recognized my description of it and told me it was a shrew.)

“Look!” I said again the very next evening, in the very same spot. This time, though I pointed up toward the sky and said, “It’s a crane.” My husband loves birds as much as I do, so I couldn’t understand why he was slow to look up and scan the sky.

Then it hit me: this was his PD talking. I had focused so much on his tremors that I hadn’t noticed his rigidity, also typical of Parkinson’s. Both evenings I assumed he had shrugged off my excitement, but without realizing it consciously, my mind had picked up the pattern of his movements and made sense of it. My husband simply couldn’t twist his shoulders and neck as easily as before.

For me, loving my husband has meant learning all his languages: Italian, Bergamasco and now Parkinson’s.

Still, I didn’t mention any of this to my husband because silence is a big part of his Parkinson’s. He has kept the diagnosis mostly to himself and rarely talks about it, even with me. I suspect he feels that to acknowledge it outright would be to capitulate. Instead, he expresses himself through actions. His long bike rides, daily supplements and nightly salad of chopped kale and cabbage (high in sulfur) are his way of talking back to his PD.

Not everyone speaks multiple languages, I know. And thinking back to a high school language class fills some people with dread, unfortunately. But for people who have complex health challenges —and for those who love them— mixing explicit learning about their condition with more intuitive meaning-making can be helpful. For me, loving my husband has meant learning all his languages: Italian, Bergamasco and now Parkinson’s. 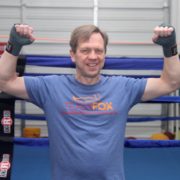 Taking A Swing At Parkinson's With A Boxing Glove
Linda Childers
“I Know I’m Not The Only One”: Disability and Escaping Domestic...

Having A Love Life With An Incurable, Contagious STI
Don’t miss one more amazing story.
Every week, we’ll send a few of our favorite stories to inspire you.
Send this to a friend
Scroll to top