Lessons From A Roller Derby Fall

An accident left me with chronic pain, and a better understanding of how to forgive myself.
back painsacroiliitis 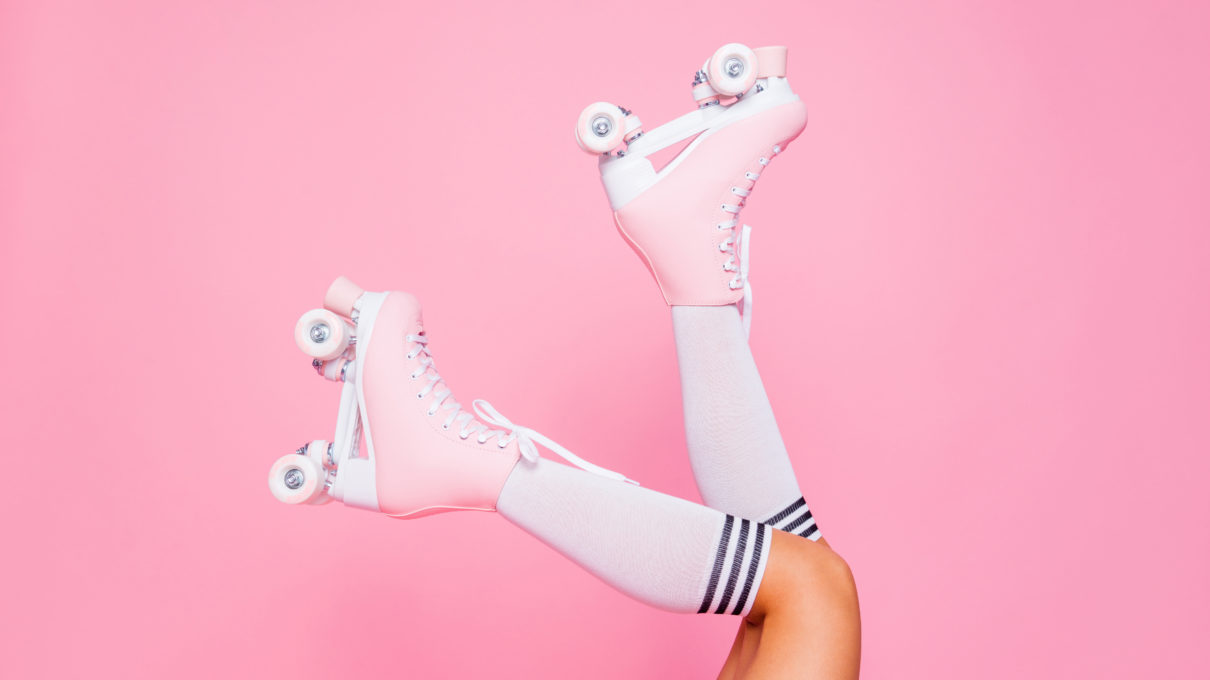 When my son was a baby , I got it into my head that I needed to be the kind of mother he would be really proud of. He gave no indication that he needed more from me aside from snuggles, feedings, and diaper changes, of course. It was more about my need to prove something to myself—that I was strong and capable, despite everything I’d just gone through.

Over the past two years, I’d lost my first baby to prematurity,  and only gave birth to my son after a high-risk pregnancy followed by a complicated, traumatic birth.  After that, I felt dejected as though I could do little more than fail. To try to get myself out of my depressive funk, I joined the local roller derby team—one of the most hardcore activities I could think of—with one of my best friends.

There was only one problem: I’d never actually learned how to roller skate.

“I don’t know how to skate either,” my friend Jenny confessed to me as we drove to the rink. We were both a bit anxious, but the flyers we’d seen promised skating lessons before throwing us into our first match. I’ve never been much of an athlete, but I figured if I’d survived everything else—why not this?

Everyone was extremely welcoming. After gearing up, they gave us these devices that resembled metal walkers, except made out of PVC. “Lean on these till you get your confidence,” they said. I grabbed onto mine for dear life as I made my way onto the track.

The first practice went well enough. They taught us to  fall on our kneepads so as to prevent injury, and I managed to end the hour unscathed. Then I spent the rest of the week trying to come up with a “cool” derby name. Rocking my baby to sleep, I pictured myself playing at matches with my family cheering from the bleachers.

The following week, Jenny and I made our way back. As I practiced skating around the oval track, I felt my confidence grow. Everything was going great…until one of the skaters announced an impromptu game of roller tag for the final 15 minutes of practice.

Suddenly, helmets and hair were all swishing past me in every direction. I did my best to stay on my feet. But just as I neared the exit, I slipped and fell back hard. The wind knocked out of me, everything felt and sounded distant as I lay on the ground, completely dazed.

“You alright?” asked one of the girls. A few others skated my way and helped me up. I could barely form a sentence, my mind spinning like the wheels underneath my feet.

“I…think so,” I finally replied. Jenny rushed toward me and led me back  to her car.

The next day, I woke up in tremendous pain. I could barely sit, and after a visit to the doctor and some scans, discovered I’d fractured one of my vertebrae. There was nothing else to do but wait until it healed, and that meant no more skating.

I was crushed. I’d joined the team to prove how strong I was, and now I could barely walk upright. I could hardly even hold my baby.

I’d joined the team to prove how strong I was, and now I could barely walk upright. I could hardly even hold my baby.

Months went by. The pain subsided, but never fully left. After nearly a year, my doctor said the fracture was healed and there was no reason to be experiencing any pain. A neurosurgeon had no answers, but recommended physical therapy. It helped, but not enough. Another painful year went by. Chasing after my now-toddler was often difficult. The more he grew, the more carrying him hurt. And laying flat on my back to rest was basically impossible.

After numerous tests, I finally got a diagnosis: sacroiliitis, a chronic, painful inflammation of the sacroiliac joint(s) where the low pelvis and spine connect. It’s often caused by a traumatic injury—in my case, the fall—but pregnancy can also exacerbate this condition, so it’s possible I was already prone to it. None of that changes my current reality, which is that there is no cure. This condition is essentially forever.

For a while after my diagnosis, I got pretty down on myself again. Who tries to join a roller derby team when they can’t even skate? And what kind of person does this when their child is still a baby? I’d see other parents at the park running around after their kids, or posting photos of their families rock climbing, ice skating, or jumping on trampolines—and I despaired because I’d never be able to do these things with my son. Would my son grow to resent me for being unable to carry him up on my shoulders the way others did?

The answer is a resounding no. Children are incredibly kind and forgiving, and over the last few years, my son has proven to be just that. When he was smaller, I could still carry him or let him sit in my lap. But as he grew taller and heavier, I had to refuse these forms of affection, or risk tremendous pain. Now at 6, he still occasionally tries to climb up on me.

“I know,” he’ll say, sliding off without complaint, never making me feel worse for it.

On good days, we go on walks or hit the playground. Sometimes he’ll ask if we can play tag or hide-and-go-seek, and I’ll nod and smile and speed walk the best I can after him. But if the pain starts up, I remind him I can’t always move as fast as I’d like. He’ll reply:

I’ve learned that, despite these limitations, my son loves me. He would’ve always been proud of me no matter what, derby or not.

My son knows mommy can’t always keep up, or do things the way some other parents do, especially living in a town full of hikers and skiers. He knows mommy needs medicine on some days just to get by. During a flare up, he’s content to sit and watch cartoons or read books or draw with me. We have regular talks about the ways in which everyone is different, how no matter how or how much we can move, we should all celebrate our bodies.

He knows that some days, mommy can’t play tag or hide-and-go-seek, or go bowling, or go anywhere. He knows she needs medicine on other days just to get by. On my good days, we go on walks or hit the playground. On bad ones, he’s content to sit and watch cartoons or read books with me. I’ve learned that, despite these limitations, my son loves me. He would’ve always been proud of me no matter what, derby or not. I’d always been strong and capable, despite everything. I just needed to re-learn to love and be proud of myself. 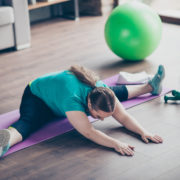 My Problem Wasn't My Size. It Was My Scoliosis.
Rose Bak
“Your Rights Get Parked At The Door”: Life In Prison With A Dis...

Ask Ada: How Do I Explain Coronavirus To My Kids?
Don’t miss one more amazing story.
Every week, we’ll send a few of our favorite stories to inspire you.
Send this to a friend
Scroll to top