Living On Pluto With Dementia

Investigative journalist Greg O'Brien used the codeword 'Pluto' with his anonymous sources for years. Now, he uses it in his writing to refer to his battle with Alzheimer's.
alzheimer'salzheimer's diseasedementia 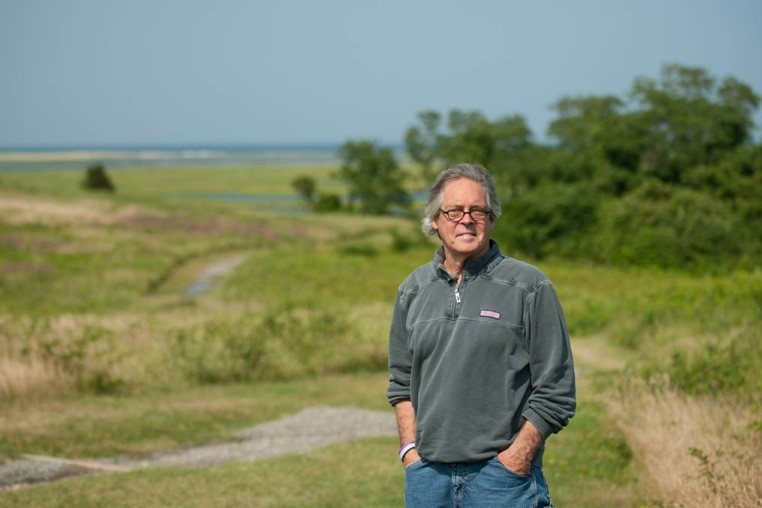 When Greg O’Brien-a longtime journalist, Massachusetts resident, and happily-married father of three—learned at age 59 that he had early-onset Alzheimer’s, he was less shocked than one might assume. After all, there were multiple cases of dementia on both sides of his family tree.

Among the afflicted was his own mother, who was still alive in 2009 when he learned of his diagnosis. In fact, they would soon be taking their Aricept (a common medication for Alzheimer’s patients) pills together. When she was on her deathbed, he promised to her that he would write about the disease.

Honoring the promise to his mother, he composed more than 1,000 pages of notes “as an embedded reporter inside the mind of Alzheimer’s.” This extensive note-taking led to the 2014 publication of On Pluto: Inside the Mind of Alzheimer’s – a book that not only gives an insider’s perspective of a much-feared condition but also focuses on maintaining a meaningful life in spite of declining faculties.

In his post-diagnosis years, “Pluto” is a metaphor for where his mind drifts during periods when the Alzheimer’s engulfs him.

O’Brien’s title has a dual-meaning: In his heyday as an investigative journalist, “Pluto” referred to going “deep off-the-record” with sources. However, in his post-diagnosis years, “Pluto” is a metaphor for where his mind drifts during periods when the Alzheimer’s engulfs him.

O’Brien writes, “there are moments when I don’t recognize people I’ve known most of my life: close friends, business acquaintances, and even my wife on two occasions. Sometimes, my mind plays games and paints other faces on people.”

Hallucinations are a common problem for persons with Alzheimer’s. The hallucinations can be visual, auditory, olfactory, or even tactile. Sometimes, O’Brien’s mother would appear to him like a ghost. A less-comforting visitation involves a bird in his bedroom, circling above him in “ever tighter orbits” before diving to his chest “in a suicide mission.”

Since the publication of On Pluto – which has seen translations into Italian and Chinese Mandarin – hundreds of people with dementia (or their loved ones) have reached out to him from the U.S. and abroad. The year 2018 saw a new, expanded edition of On Pluto, with several additional chapters, along with essays written by his wife and adult children.

These days, O’Brien often contends with 60 percent of his short-term memory vanishing in 30 seconds. Yet he still manages to write for at least two hours per day and frequently contributes dementia-related pieces to newspapers, magazines, and journals. He also co-hosts a National Public Radio (NPR) Alzheimer’s podcast called, The Forgetting, which is currently recording its second season.

O’Brien gets all the mental stimulation he needs from his consistent regimen of writing and reading. But for others not involved with such pursuits, he strongly recommends crossword puzzles and other such “brain games” that demand a similar degree of mental engagement.

As for nutrition, he touts the Mediterranean Diet with its emphasis on fruits, greens, and nuts. And he recommends physical exercise for anyone with the ability to do so. In his case, he goes to the gym almost daily to use the treadmill (for a fast walk, as he can no longer run). He also does some light weightlifting and rides his bike when he can (though he admits his balance is sometimes less than stellar).

Though there is no cure as of yet, the right mix of medications can delay the disease’s progression. Each day, O’Brien takes 23 mg of Aricept (Donepezil) and 28 mg of Namenda (Memantine), which are both the maximum recommended doses. He also takes 30 mg of Celexa (Citalopram), in order to control the depression and anger attacks that accompany the dementia.

“Early detection and diagnosis will open doors for day-to-day strategies and medications for living with Alzheimer’s and other forms of dementia, and possibly slow progressions. It will also give one a sense that they are not alone.”

As with cancer, early detection with dementia is crucial. O’Brien says that when people feel cognitive impairments – such as memory loss and confusion – are interfering with daily work and life, they should seek a cognitive assessment from a clinical specialist. “That’s the best recommendation I can give,” he says, before adding, “Early detection and diagnosis will open doors for day-to-day strategies and medications for living with Alzheimer’s and other forms of dementia, and possibly slow progressions. It will also give one a sense that they are not alone.” Indeed, “dense isolation can be one of the most devastating side effects of the disease.”

Such isolation has not been an issue for O’Brien, who often speaks at locations around the country, though he must travel with a companion. He has served on the Alzheimer’s Association Early-Stage Advisory Group as well as the Board of Directors for UsAgainstAlzheimer’s. Additionally, he has worked as an advocate for the Cure Alzheimer’s Fund and is involved with the Alzheimer’s Family Support Center of Cape Cod, which he credits with providing tremendous assistance to him and his family.

O’Brien is also grateful for having crossed paths with “some of the world’s top” dementia experts, who have provided valuable advice and direction. One regret, however, is that he wishes he had been more patient with himself back when the symptoms first began to appear.

Due to his family history, O’Brien had long known there was a strong chance he would face a disease often viewed as a hopeless vortex of declining ability and death. But upon learning that such was his fate, he drew on his journalistic background “to write about living with Alzheimer’s, not dying from it.” After all, the “journey” can take 25 years or more. “The dying comes later.” 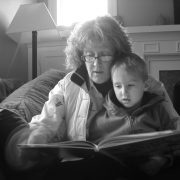 Why Chronically Ill And Disabled People Are Furious About Coronavirus
Don’t miss one more amazing story.
Every week, we’ll send a few of our favorite stories to inspire you.
Send this to a friend
Scroll to top