When he was seven years old, James Rhodes heard classical music for the first time: A live recording of Johann Sebastian Bach’s Chaconne for solo violin in D minor, playing from a beat-up Sony cassette machine in his London home. Rhodes, now an acclaimed concert pianist, believes he would’ve met an early death by suicide or drugs had he not heard that funereal Chaconne as a boy. His first encounter with Bach “felt like being freezing cold and climbing into an ultra-warm and hypnotically comfortable duvet with one of those £3,000 NASA-designed mattresses underneath me,” Rhodes writes in Instrumental: A Memoir of Madness, Medication, and Music. “I had never, ever experienced anything like it before…. Music has, quite literally, saved my life.” 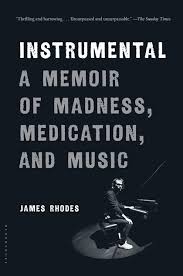 Rhodes’ autobiography frankly discusses the years of trauma that followed his childhood abuse.

Between the ages of five and ten, Rhodes was repeatedly raped by a gym teacher named Peter Lee at his posh London prep school. Bullied into silence by his rapist, Rhodes was thirty when he first spoke of this brutal ongoing trauma—which, by that point, had led to “multiple surgeries, scars (inside and out), tics, OCD, depression, suicidal ideation, vigorous self-harm, alcoholism, drug addiction, the most fucked-up of sexual hang-ups, sexuality confusion, paranoia, compulsive lying, eating disorders, PTSD, [Dissociative Identity Disorder], and on and on,” Rhodes writes. “Child rape is the Everest of trauma.” Polite euphemisms like “abuse” and “molestation” don’t cut it, he says: “Let’s call this what it is.” After Rhodes went public with his story, police tracked down Lee, who was working in Britain a boxing coach for boys; Lee died of a heart attack before he could stand trial.

Told in frankprose, Instrumental is a harrowing testament to the resilience of the human spirit and the redemptive powers of art. It’s also a call to end the culture of silence surrounding sexual abuse. The suppression of Rhodes’ story continued when his ex-wife took him to court in attempt to prevent the publication of Instrumental, arguing that its discussion of rape and mental illness would psychologically damage their son. In 2015, the U.K.’s Supreme Court overturned the ban on the publication of Rhodes’ memoir; a judge argued, in part, that the book could help survivors of sexual abuse.

We spoke to Rhodes about how to listen to survivors of sexual abuse; how mentally ill artists create in spite of, not because of, their mental illness; and which classical compositions might provide momentary relief from today’s politically-induced anxieties.

Your book is about music as salvation. How did music keep you alive?

It showed me that there was something beautiful in the world that, at the time, seemed only hostile and ugly. It provided, continues to provide, proof of something good.

In Instrumental, you write that “Shame is the legacy of all abuse…. I am many things. I am a musician, a man, a father, an asshole, a liar and a fraud. But yes, most of all I am ashamed. And perhaps there is a chance that I am those negative things as a result of being ashamed. That if I can accept, befriend, diffuse that feeling of blame, fault, badness, evil that is inside me, the defects and beliefs that seem to keep the world operating against me will fall away.” How has publicly discussing your abuse shifted your experience of shame, if at all? Has it helped you “accept, befriend, diffuse” feelings of shame?

No. If anything it has increased the feelings of shame because it’s all out there and exposed. But I don’t think that’s a reason to not talk about these things. The more people talk about difficult subjects, the easier it will become for others to talk and the less stigma will be associated with those topics.

[Music] showed me that there was something beautiful in the world that, at the time, seemed only hostile and ugly.

“Composers and mental illness go hand in hand like Catholics and guilt, or America and obesity,” you write; your book offers many examples of genius composers who suffered from various mental illnesses. The contested correlation between creativity and mental illness has long been the subject of much romanticization, research, and debate. In your experience, how has mental illness impacted your creative process (and vice versa)? Do you think you’re an excellent pianist in spite of or, in part, because of your mental illness?

I don’t think I’m an excellent pianist period! But thank you. And I also think we are all quite mad, to a greater or lesser extent. People who create do so despite any mental illness not because of it. They (we) do it because at 4 in the morning when you want to throw yourself out of the window because you’ve had too much to think, you can sit at a piano or a computer or a canvas and find a way through, a distraction, a way to disappear safely.

Your experience at a psychiatric hospital in Britain—which involved being force-fed medications—was like something out of One Flew Over the Cuckoo’s Nest. The laundry list of diagnoses you received within days included “bipolar disorder, acute PTSD, autism, Tourette’s, clinical depression, suicidal ideation, anorexia, DID, borderline personality disorder.” Did any of these diagnoses help you better understand and manage your suffering at the time, and do you find any of these diagnoses helpful now?

No. You can see 10 different psychiatrists and get 10 different diagnoses and multiple different meds. It’s such an inexact science. And we understand so little about the mind. I just accept that I’m not quite ‘right’ in the head and get on with it. 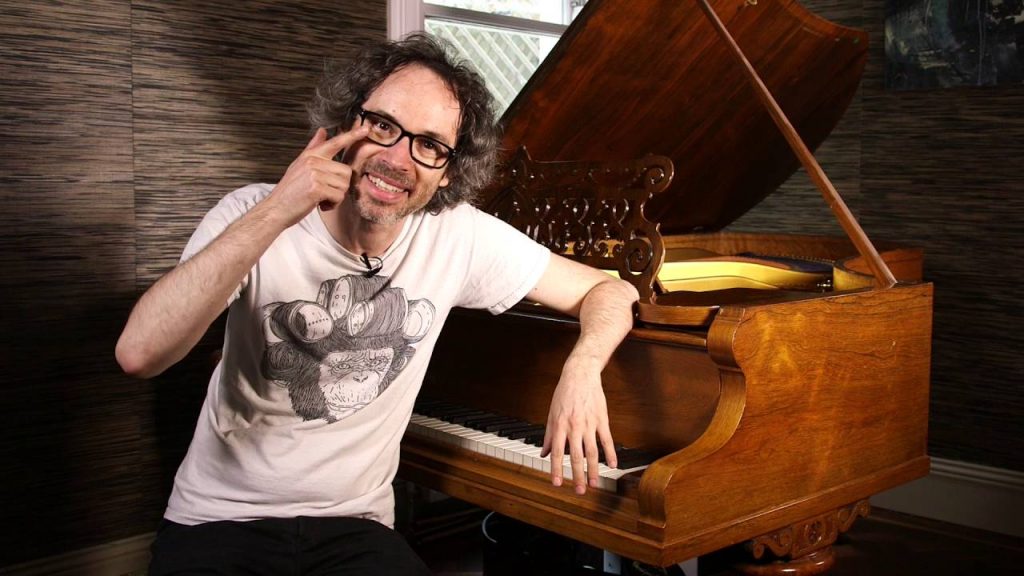 Through his life, James Rhodes has turned to music to help cope with the haunting repercussions of childhood trauma.

The first family friend you told about your abuse responded by saying “Well, James, you were the most beautiful child”—probably one of the least helpful things you could say in that situation. Others have callously suggested that you are “only talking about the abuse that happened as a means of selling albums or getting sympathy.” What are other common wrong ways to respond to stories of sexual abuse? What are some things people have said or done that you have found particularly helpful and healing?

The most helpful things in my experience are belief, empathy, compassion and, most of all, having someone listen. I think perhaps we’ve forgotten how to listen, how to shut up. So often we are speaking to someone and just know they are reloading as we are talking, waiting to spew words at you. Listen, be still and don’t shy away from uncomfortable subjects.

The most helpful things in my experience are belief, empathy, compassion and, most of all, having someone listen.

When a judge ruled to allow you to publish your memoir and communicate publicly about your traumas, he argued that the book could help other victims of abuse. How have rape survivors responded to Instrumental? What are some examples of people who’ve been helped by reading your story?

There’s been an overwhelmingly positive response. Thousands of messages from people who have gone through similar things or those who have loved ones (nieces, nephews, children, exes, etc.) who they now understand a little better. It’s been an astonishing, humbling, amazing response. And reinforces why it’s so important to speak out and also why the UK’s Supreme Court made the right decision in overturning the ban.

What composers are you listening to most so far in 2017?

I’ve listened to a metric ton of Mozart recently. Teodor Currentzis conducting Don Giovanni and Figaro mainly. He’s one of the greatest living musicians in my opinion.

What pieces of music would you prescribe for momentary relief from today’s rampant politically-induced anxiety?

Music isn’t going to fix the Trump disaster, any more than it’ll fix Brexit or mental illness. But it does make things a little bit shinier and it does provide solace and a sense that there is something better in this world than the insanity on display right now. Bach’s keyboard concertos played by Glenn Gould, Rachmaninov’s 2nd piano concerto or any of the pieces on the Instrumental Spotify playlist can only help. 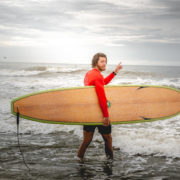 Warrior Surf
Stephanie Burt
The Mom With A Mission To Help Families With Down Syndrome The Neurologist Poet Who Helps Heal Combat Vets
Don’t miss one more amazing story.
Every week, we’ll send a few of our favorite stories to inspire you.
Send this to a friend
Scroll to top