Making A Baby When You’re Queer

My spouse and I had some romantic notions about in vitro fertilization as a same-sex couple. Then it didn't work, and we entered a medical limbo even straight couples know all too well.
ivfpregnancy 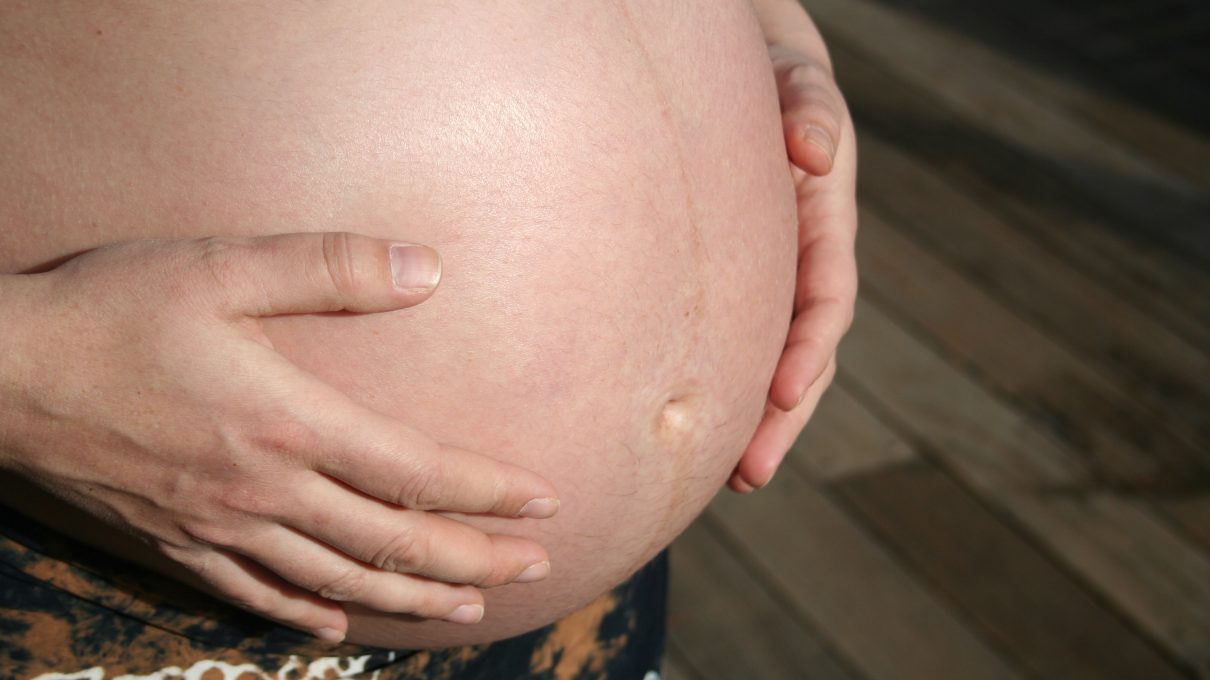 My spouse and I had some romantic notions about trying to have a baby as a same-sex couple. Charlie was going to get pregnant at home, quickly and easily, with a syringe full of fresh sperm from a known donor. His pregnancy (Charlie is genderqueer: he was designated female at birth, but doesn’t identify as either a woman or a man) was going to be healthy and bursting with non-binary Earth deity glow. We were going to have a home birth–a smooth, easy “butter birth,” in the parlance Charlie learned during his unfinished midwifery apprenticeship. Everything was going to be coconut oil and organic vegetables and the Indigo Girls. Everything was going to be natural.

Our first attempt at DIY insemination shook up our rose-colored imaginings a little, but we were ready to incorporate the squeamish reality of siphoning sperm from a jar into a hilarious anecdote about the conception of our child. Then it didn’t work. 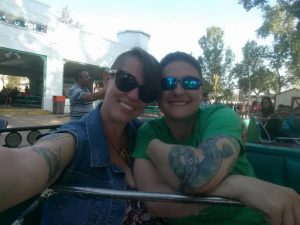 The author, left, and Charlie.

After six months, we started to worry that there was something wrong. Six months, of course, is not an unusual amount of time to spend trying to get pregnant, but we grew anxious, and also really really tired of arranging for jars of sperm to be delivered to our house every month. We made an appointment with a reproductive endocrinologist. Our goal was simply to control some of the variables, and hopefully speed things along. We didn’t expect it to be complicated; Charlie always menstruated like clockwork and has never had any medical issues or treatments that might affect his ability to get pregnant.

But we didn’t understand how fertility treatment works. Once you seek medical help to conceive, the goal is not just to get your pregnant: it’s to fix you, to fix whatever’s wrong with you that has caused you to not be pregnant yet. Your un-pregnant body becomes a condition to be cured.

Although a person under 35 is not generally considered infertile until a full year of unsuccessfully attempting to get pregnant, it turns out that in order to be seen by a doctor to discuss artificial insemination, Charlie had to be diagnosed with infertility. That diagnosis is now part of his file, and anyone who’s ever faced it knows what a hard, heavy word it is. It casts a pall over everything that happens afterward. (Charlie still insists I should be the one with the infertility diagnosis; after all, it’s my failure at making sperm that got us into this situation.)

We thought we were signing up for a little augmentation to our healthy, crunchy pregnancy plan. All of a sudden, we were inundated with adjustments to our lifestyle. Lose weight. Give up alcohol. Change your allergy medication. Tell your sperm donor to stop smoking weed. Assisted reproduction technology is still very much in the developmental stage, and there are too many variables at work to even identify them all. Up to 15% of people with diagnosed infertility have no known medical problems; they just can’t create a viable fetus, and no one knows why. To compensate for all the unknowable factors, doctors try to control absolutely everything they can.

Up to 15% of people with diagnosed infertility have no known medical problems; they just can’t create a viable fetus, and no one knows why.

In the process, they pathologize every facet of your life. Your diet, your medication, your movement, your hormone levels – if you tinker with them enough, maybe no one will have to say out loud “it’s a mystery. We don’t know why it works sometimes and not others.” During a round of ovulation-stimulating drugs, Charlie suddenly broke out in horrible, itchy hives. It was eventually diagnosed as dermatographic urticaria, and has never gone away. “Total coincidence,” said the reproductive endocrinologist. “Definitely caused by all the changes in hormone levels,” said our primary care physician. It’s so hard to draw the line between what’s normal and what’s a symptom, what’s good hard science and what’s superstition. Someone says “losing weight can help,” so you bike to work and cut out carbs. Someone else says lots of patients get pregnant the month after a hysterosalpingogram, so you schedule one and hope it will result in some ineffable improvement, even though it finds nothing irregular.

Meanwhile, as your life and energy and optimism are consumed by the neverending process of treating this illness that you’re not even sure you have, you are visible as something else entirely: a childless married couple. In our society, people assume there must be something wrong with you if you’re in a stable relationship and not having children. They think you must be either selfish and irresponsible, or they think you’re incapable. And in the age of accessible assisted reproduction and inclusive adoption, married, childless queers are hardly immune to this judgement. Within families, the dialogue around queerness has shifted from “How will my genes live on now?” to “When are you going to give me grandkids already?”

Within families, the dialogue around queerness has shifted from “How will my genes live on now?” to “When are you going to give me grandkids already?”

Which is not to say that queer parents or wannabe parents don’t still face homophobia. Most care providers in the field of reproductive endocrinology do not have the first idea how to talk to queer people. One nurse told us that she couldn’t recommend the same procedures for us that she would for a “normal” couple. Another referred to Charlie as “mama” and me as “your friend.” And, of course, whenever I wrote about our conception journey, someone would burst in with opinions blazing, determined to let me know that “people like us” can’t get pregnant because God doesn’t want us to have children.

Even in circles where our queerness is not a problem, our method of conceiving sometimes leads to unexpected disapprobation. A startling number of seeming progressives opine that infertility means “nature doesn’t want you to get pregnant,” which is exactly the same as “God doesn’t want you to” but covered with the thinnest possible veneer of moral neutrality. This is usually linked to the idea that sick people procreating will weaken the gene pool, a misinterpretation of Darwinism that’s not far enough removed from eugenics for my comfort.

Even when you try to tune it out, it hurts to be told that nature is sentient and offended by your desire to be a parent. And it’s hard to tease out where the homophobia shades into the ableism and healthism. Sure, having a baby with a partner who shares your reproductive anatomy isn’t “natural,” but neither are shoes or air conditioning, and nobody’s suggesting that those things make you unfit to reproduce. The drive to procreate is one of our most deeply felt. Using whatever tools are available to make that happen is not an affront to the natural order but simply another way it progresses.

Infertility isn’t a moral judgment, a side effect of queerness, or a personal defect.

Because at the end of the day, infertility isn’t a moral judgment, a side effect of queerness, or a personal defect. In fact, one in eight couples experience some difficulty conceiving. When this happens to you, it doesn’t matter if you’re queer or straight: either way, it’s isolating and terrifying. And as much as I want to overcome that isolation, the fact is that I was terrified to write about infertility while my family was dealing with the possibility of it. Our daughter is about to turn two, and I’m only now ready to be honest about how afraid I was that she would never arrive at all.

Perhaps we could overcome this isolation, if not the fear, by dismantling the social taboos around infertility, and while we’re at it, around queerness and queer parents too. We could acknowledge that there is still so much we don’t know about the human body, but that mystery does not necessarily imply morbidity. We could insist that our bodies are not broken just because they need some extra support. We could talk about needing a doctor’s help to conceive not as a horrifying aberration, a tragedy that derails your beautiful family dreams, but as a detour that many families go through. Maybe we could even believe that detour makes us all no less valid, no less deserving, and, yes, no less natural than anyone else. 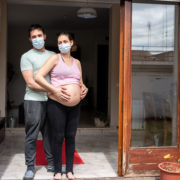 Ask Ada: How Do I Protect My Newborn Baby From COVID?
Ask Ada
Beautiful Girl On A Distant Planet

Finding Out I Had Sleep Apnea Was The Best Thing That Ever Happened To Me
Don’t miss one more amazing story.
Every week, we’ll send a few of our favorite stories to inspire you.
Send this to a friend
Scroll to top