Art That Makes People Think: “This Is How I Feel.” 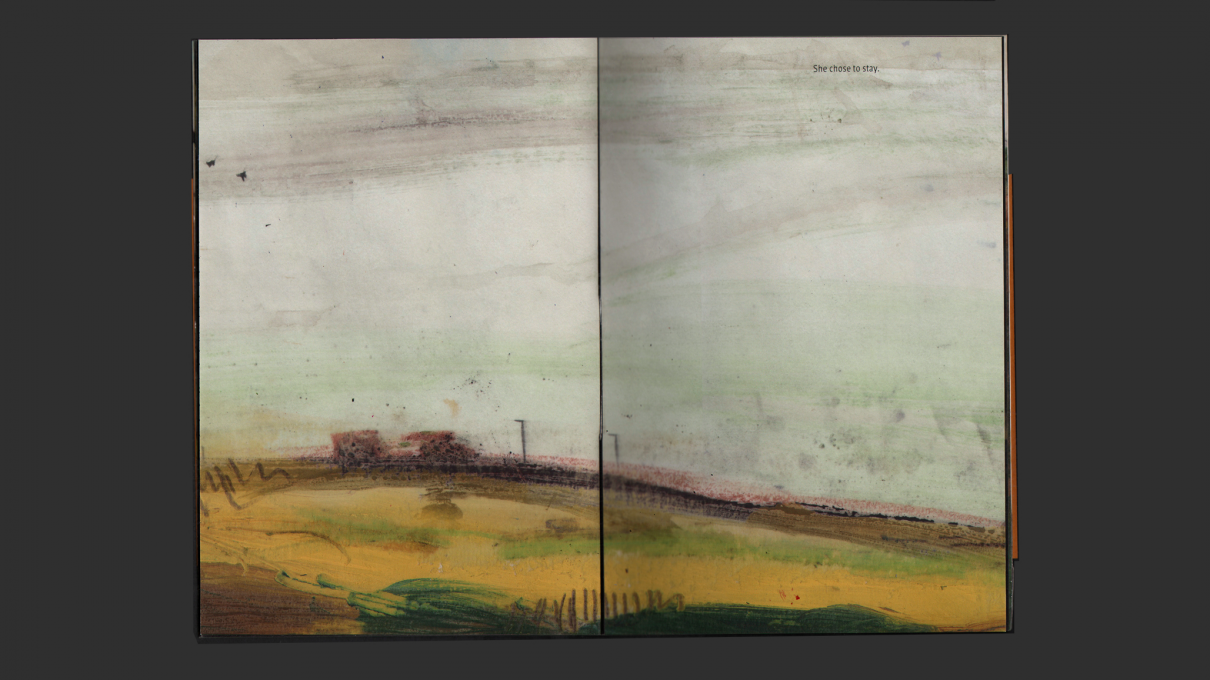 In her third year of medical school, Glaswegian Josie Vallely made a sobering discovery: she didn’t much like medicine.

Vallely was good in science and enjoyed working in big teams with different kinds of people, but she didn’t like the culture of medicine. She didn’t like the unreasonable hours. Most of all, she didn’t feel like she was in a position to be as useful as she could be. 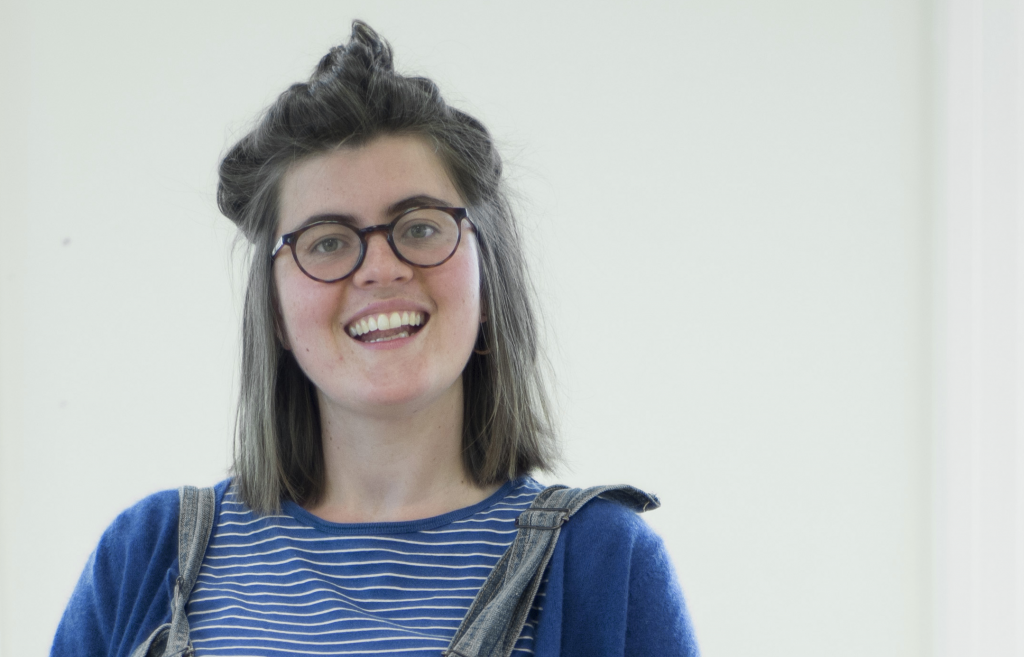 Plus, she adds with a laugh, “I couldn’t do the hierarchy. I just wanted to do my own thing. You definitely can’t do your own thing in medicine.”

Vallely’s desire to do her own thing and achieve impact at scale has resulted in a career and practice uniquely her own. Combining her natural interests in story and social justice with fine-arts methods and commercial art sensibilities, she creates socially motivated visual art focused on illness narratives, blending original production with remixing, autonomy with collaboration, and personal expression with universal experience. At the root of it all lies her desire to combat stigmas associated with health conditions, promote empathy, and make visible people too often overlooked.

But first, she needed to recover from medicine.

“I left medical school in a bit of a crisis,” Vallely says. “I didn’t know what I was going to do. It took me a while to find my feet again.”

I left medical school in a bit of a crisis… It took me a while to find my feet again.

To do so, Vallely turned to her lifelong interest in the arts and enrolled in a foundational arts course, a decision she describes as self-care. “I wanted to do something that would make me feel good,” she says.

That yearlong dose of personal medicine both succeeded and backfired — but in a good way. “At first I really shunned anything to do with health in my work,” she says. “I wanted to move away from medicine and not think about it. But as I started to explore my art practice, I found that what I was interested in was people with [health-related] narratives, and bringing those into the limelight and exploring them visually. People’s health was a narrative that wasn’t being discussed.”

The desire to bring health and arts together led Vallely to pursue formal training at the Glasgow School of Art, where she earned a Master of Design degree specializing in illustration in 2014. As her capstone project, Vallely chose to explore the experiences of people with chronic obstructive pulmonary disease (COPD), a progressive, often fatal lung condition characterized by shortness of breath, fatigue, and a persistent, chesty cough. As someone with asthma, Vallely is particularly passionate about lung health issues and describes COPD and related lung conditions as “a really stigmatized sector of illness,” often rooted in issues of class and poverty. 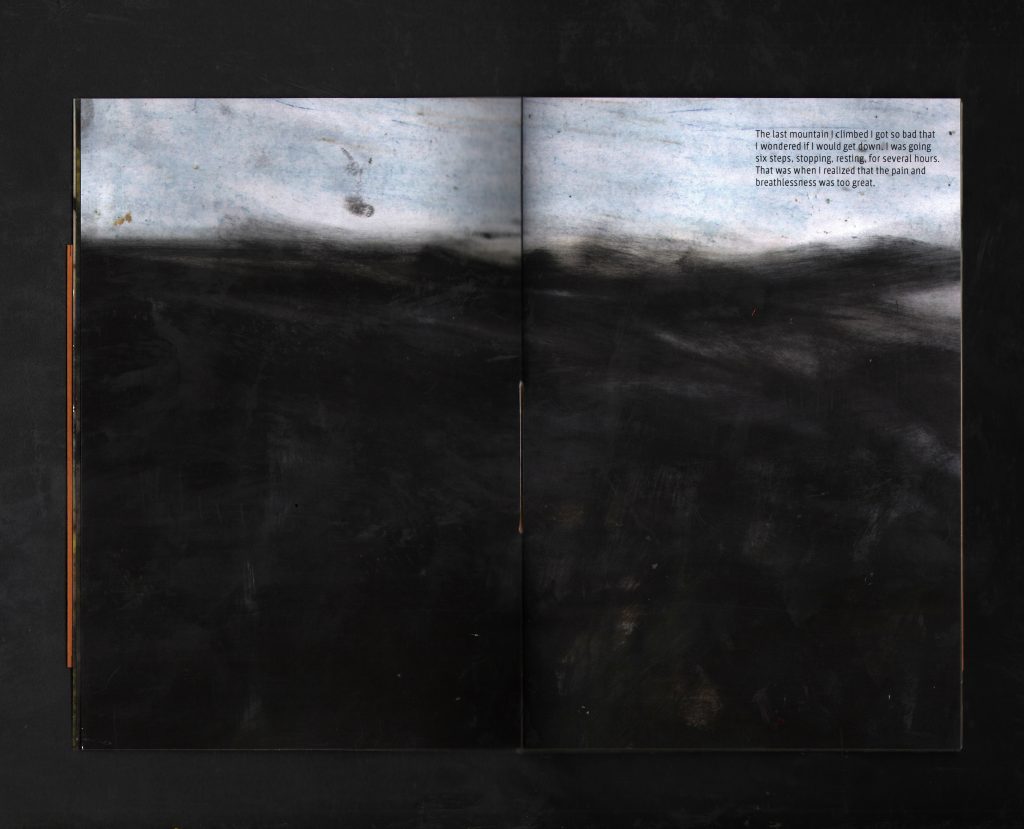 “If you’re somebody that can’t get up a flight of stairs without taking a break, people make really snap decisions about what kind of person you are,” she says. “People aren’t aware of the scale of lung conditions, that there are so many people with really debilitating lung conditions because they’re trapped at home. They’re not out in society at large. You don’t see them.”

Through bold shapes and liberal use of color, Vallely strives to make these hidden people visible, to step away from judgment and the binary categories of illness and wellness toward the universal. “It’s about exploring everybody’s interactions with health and illness, and acknowledging that we all work with both of them at any time in our lives,” she says.

To find this balance, Vallely eschews didactic directives and literal depictions of disease, opting instead to use abstract images to express narratives of health conditions through atmosphere and metaphor. By working through abstractions, she hopes “to tell people’s stories without taking their stories as my own and leaving them behind.”

If you’re somebody that can’t get up a flight of stairs without taking a break, people make snap decisions about what kind of person you are.

“A lot of artists who make work about health work from a very personal place. That’s not something that I’ve ever done,” Vallely says. “But the fact that I have direct experience of chronic conditions, both physical and mental health conditions, means that I have empathy with the people that I’m working with. I don’t reduce people to their conditions. I understand that that’s just a tiny part of your life experience. Even if you have a condition that from the outside might seem to take a lot of your time and energy, it doesn’t mean that that’s the sum of you. So I don’t work from my own personal experience, but I do work from my own viewpoint, which is influenced by my experience.”

By finding that balance between her own viewpoint and others’ experiences, Vallely strives to create visual work that resonates both for people with a particular condition and those without. 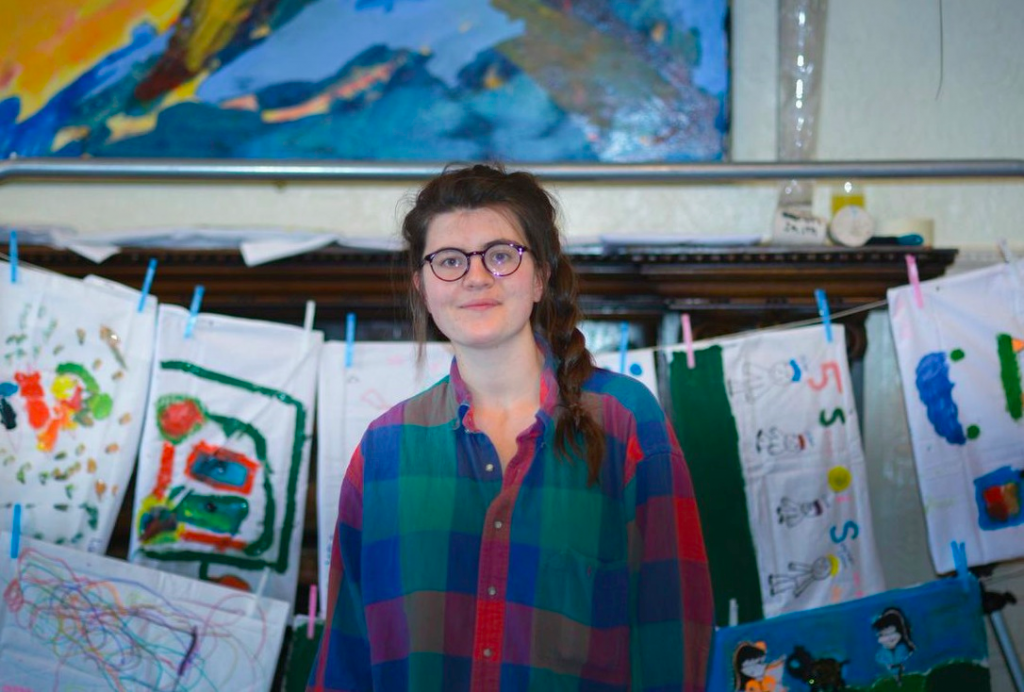 Take the works from her Master’s degree, for example. For those pieces Vallely reached out to people with COPD and assembled a scrapbook of participants’ experiences gathered from emails, interviews, photographs, and journals. She then translated the whole into abstract visual images. The end result was a series of large, dark landscapes, tinted with swaths of color, often with little lightness or relief.

“They’re quite abstracted,” Vallely says. “Lots of people told me that they couldn’t really see how they were related to COPD in any way.”

But then one particular man came to a viewing of the work. “There was a guy from Alloa in Clackmannanshire, which is quite a small, old industrial town in Scotland,” she says. “He’s looking over [a big, spacious, dark landscape], and he’s like, ‘That’s exactly how I feel when I’m having a flare-up. That is how I feel.’”

By prioritizing the experiences of people with particular conditions, Vallely hopes to generate a response that translates for a broader audience. “For someone who’s not experienced what it’s like to be breathless and trying to get up the hill, or not able to get out of your chair because you can’t breathe, it’s hard to put yourself in that place. The idea with some of my work that’s more abstract is to prime you to be open to that experience. The image might not bring up memories of a similar experience, but it might bring up emotions of feeling trapped or anxious or feeling grief. Those are similar emotions that people will go through when they’re dealing with a diagnosis, especially with chronic, long-term conditions that there’s no cure for.”

Her approach is subtle, which is unusual in itself. “A natural route in visual communications with public health is shock tactics or didactic information-giving,” Vallely says. “I’m much more interested in people coming to their own conclusions. [The art] doesn’t tell people to do anything. It gently asks them to consider elements of life that they mightn’t have thought about before.” 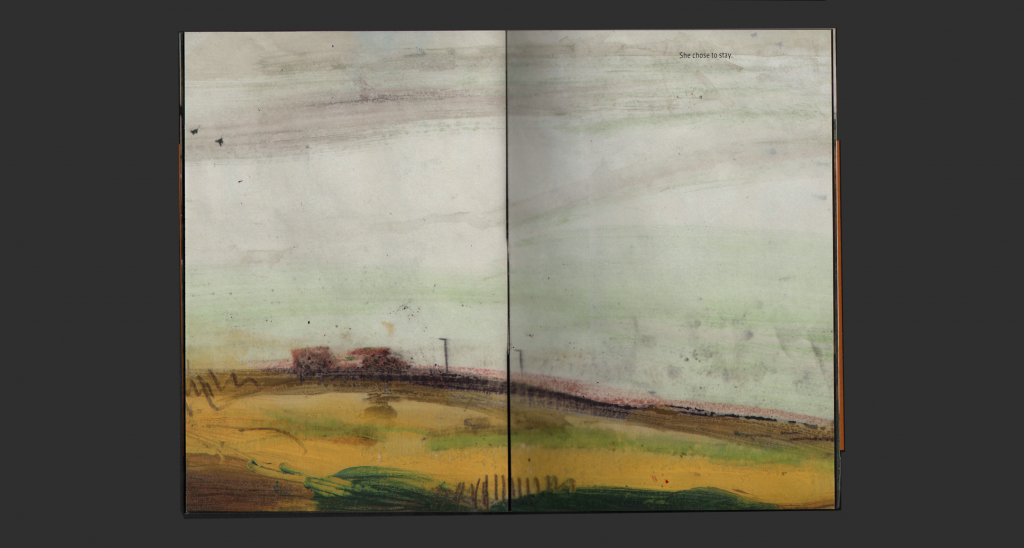 “That’s exactly how I feel during a flare-up. is is how I feel.”

For all her desires for autonomy, Vallely rarely works completely alone. Rather, she works in conjunction with such organizations as Eczema Outreach Scotland, ASCUS Art & Science, the British Lung Foundation, and the Mental Health Foundation, and bases her work off narratives collected through collaborative, participatory experiences that viewers of the final works might never see.

Last year, for example, Vallely and another artist led workshops around Scotland for children and families affected by eczema (which affects her, too). Eczema is an itchy chronic condition that can result in both physical and emotional trauma, affecting both people’s appearance and ability to sleep (and therefore the quality of their waking hours as well). More so than the end result, Vallely’s goal was to bring these children together to explore their lived experiences of eczema by way of fun, messy activities in a safe, social space. The final work was composed of the drawings made by these children and showcased at the Edinburgh International Science Festival this past spring.

Even if you have a condition that from the outside might seem to take a lot of your time and energy, it doesn’t mean that that’s the sum of you.

“I’ve always enjoyed the process of bringing unexpected stuff together,” she says. “I like people to feel like they’ve produced this stuff, and I can bring it together in a way they didn’t expect or believe would be possible.

Medicine may not have been her calling, but Vallely credits her time in medical school for giving her a better understanding of the scale and scope of the structural and cultural inequalities embedded in many health issues. Through her work she hopes to expose people both inside and outside the medical community to a wider variety of patient-side narratives and combat the conscious and unconscious biases that affect both the quality of life of people with long-term conditions and the quality of care and support they receive.

By reaching beyond individual patients, Vallely hopes to find a usefulness both for herself and for her art. Rather than create art for art’s sake, she creates to affect larger change, starting from her own local community outward. 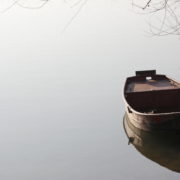 When Alcoholism Killed My Partner, The COVID Shutdown Helped Me Heal.
Robin Kavanaugh
The Scholar With Schizophrenia

A Lion In The Day
Don’t miss one more amazing story.
Every week, we’ll send a few of our favorite stories to inspire you.
Send this to a friend
Scroll to top