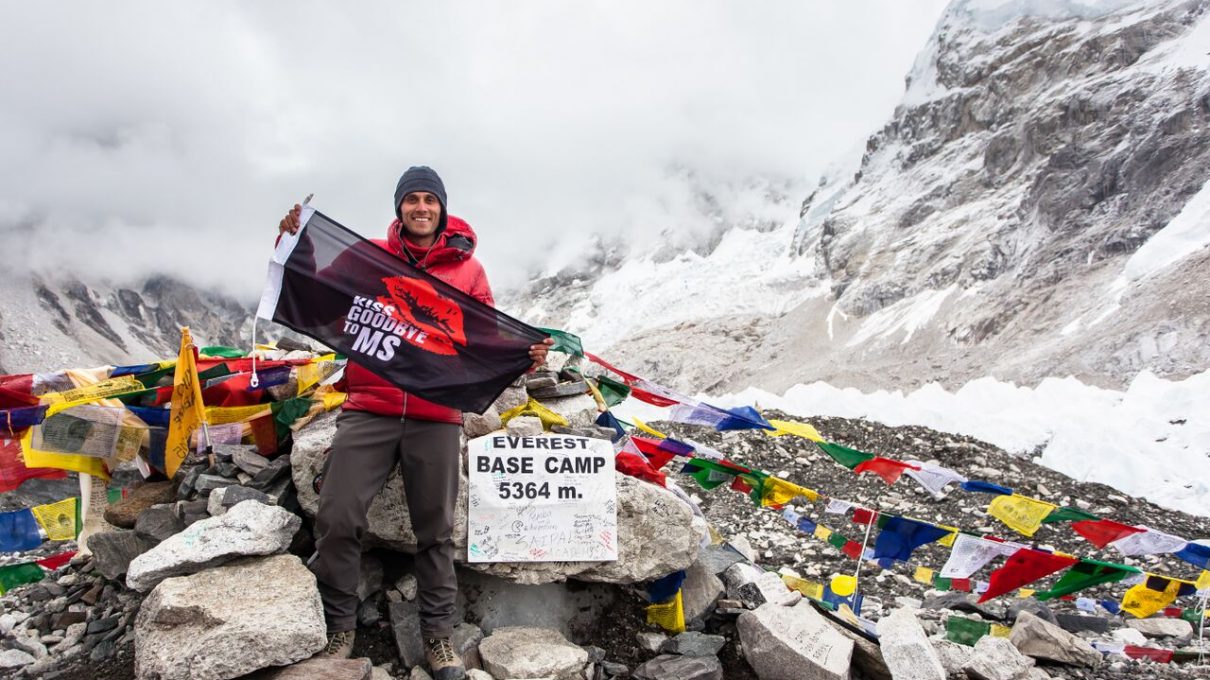 It’s been two years since Nick Allen climbed out of a wheelchair, and up a mountain. It sounds like a textbook success story, but Nick says there’s a lot more to it.

Nick was the kid who dreamed about scaling mountains. His great Uncle was part of the team that taught Sir Edmund Hillary mountaineering, the man who went on to be the first to conquer the world’s highest mountain, Mount Everest.

A map of Everest was pinned to the ceiling above Nick’s bed, and he spent nights planning his own climbs, while getting outdoors with his father at every opportunity.

But, at age 19, Nick hit a wall. He began to lose function in his legs, then bladder. No one could tell him what was wrong. His health steadily declined, and two years later, he dropped out of school in South Carolina and returned to New Zealand to live with his parents.

He says those years, when he had no diagnosis, were some of the hardest.

“Because people keep saying “just harden up,” you start thinking maybe they’re right, maybe this is all in my head. You really have to fight that internalized stigma: it’s a whole other exhausting battle on top of your illness.”

“People keep saying “just harden up,” you start thinking maybe they’re right, maybe this is all in my head.”

Despite being in a wheelchair by the time he was 24, Nick kept fighting the expectation that if he didn’t push, you were less of a person–which he says probably made him worse.

Then, six years after he started getting symptoms, Nick was diagnosed with Multiple Sclerosis (MS).

“It was weird. I had this massive relief at conformation, at having a label. I went into the meeting with my neurologist and I was actually excited. But I came out and burst into tears. I was overcome with the realization of the permanence of this disease.”

MS affects over 2.5 million people worldwide. It has no known cause or cure. Attacking the central nervous system, its symptoms can include loss of balance and mobility through to paralysis, blurred vision, poor coordination, slurred speech, tremors, numbness, problems with memory and concentration, and extreme fatigue. 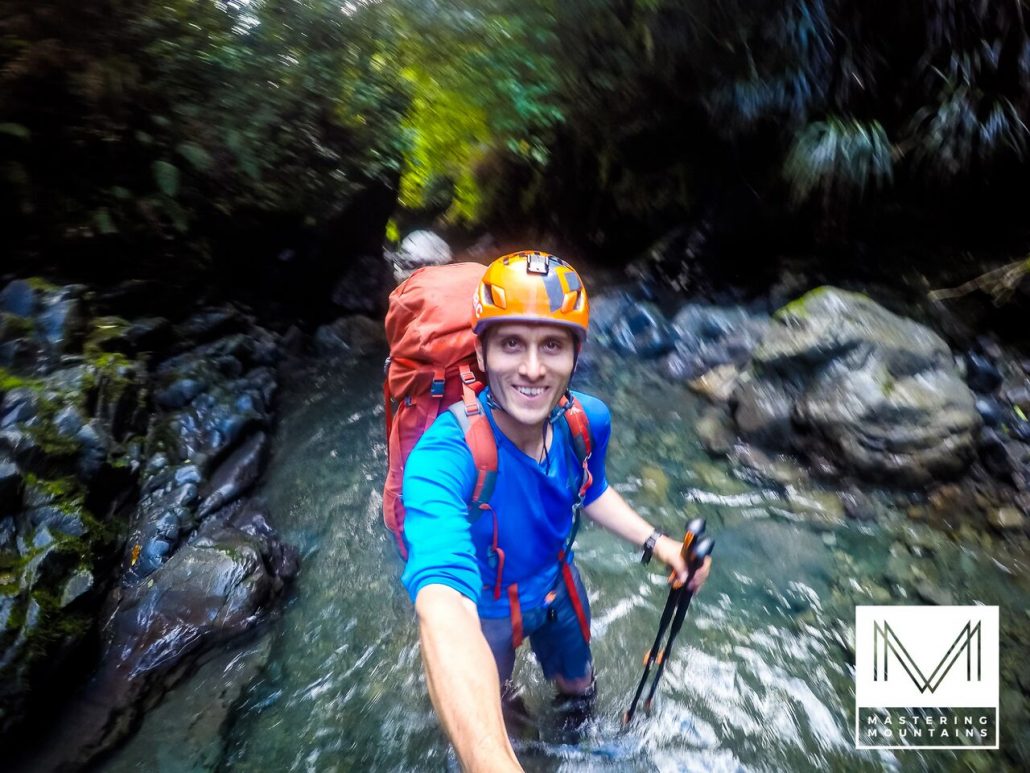 But for Nick, his diagnosis didn’t slow him down for long. Determined to get out of the wheelchair, he started making radical lifestyle changes, which included challenging work in the gym and a strict new diet (the famous Terry Wahls protocol).

He regained the use of his legs, and began training for the climb that would consume his life for the better part of two years.

“I sold the wheelchair and bought a camera,” says Nick, who works as a photographer and writer. He also runs the charitable trust Mastering Mountains, which aims to help people with MS get outdoors, and is studying a PhD.

Nicks says the climb itself was the culmination of six years of work at the gym. He took the last nine months off work to train fulltime.

“Physically, climbing is so brutal. I went to Nepal weighing 187lb (85kg), and came back 143lb (65kg). I have a friend whose husband spends the month following a climb on the couch eating ice cream, and that’s as much about putting weight back on as it is the need to rest.”

But Nick didn’t take a break when he got home. Instead, he started writing a book.

To The Summit, is an autobiography that spans Nick’s life, an the struggle for a diagnosis and the aftermath, as well as the climb itself. Writing it was an unexpectedly emotional chore.

“I had to revisit the day I got diagnosed, the day I got out of the wheelchair… I was writing it in the university library and I’d stop, go out to the car and just sit there and scream and cry, because of how much stuff I hadn’t processed. It was very draining.” 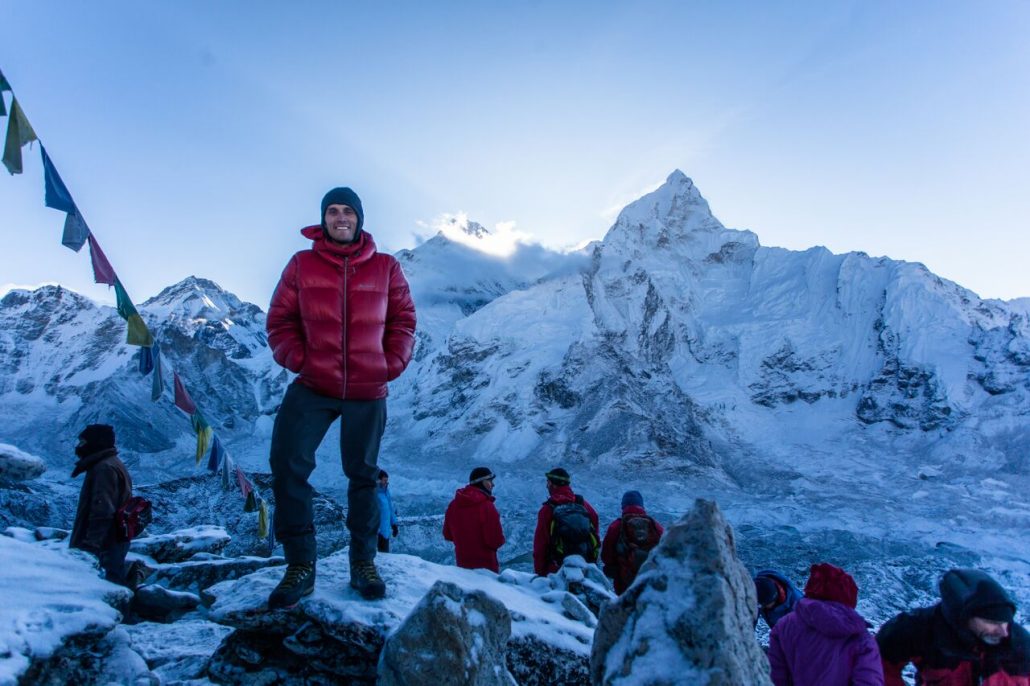 The book was published by last year, and now Nick divides his time between work for the trust, his photography, a day job, and studying. It seems like a very full workload.

“I have a problem with overcommitting,” he laughs. “I went to a course recently about managing fatigue. It reminded me that I need to be better at saying no to things.”

But everyone wants a piece of the man who mastered the mountain, and the Trust alone demands a lot of his energy.

Mastering Mountains, which Nick set up before his climb, raises money for people affected by MS to overcome obstacles, change perceptions surrounding MS, highlight the importance of nutrition and exercise, and provide community.

Nick raised the first $10,000 for the Trust during his climb. Since then they have signed an official partnership with Multiple Sclerosis New Zealand, and awarded their first scholarship to a young woman last year.

“It’s exciting to be able to pass on some of what’s been given to me, to pay it forward.”

“It’s exciting to be able to pass on some of what’s been given to me, to pay it forward.”

He says it’s a privilege to meet other people with MS and hear their stories, but he struggles when anyone says what he’s done is inspiring.

“Sure, I have achieved some stuff. But it wasn’t just me. I’ve had so much help: my parents especially, for example. I lived with them when I got diagnosed, and the diet I do–no red meat, sugar, dairy, or fats–they made the meals and did it too. Dad would massage my legs for 45 minutes every night just so I could sleep.” 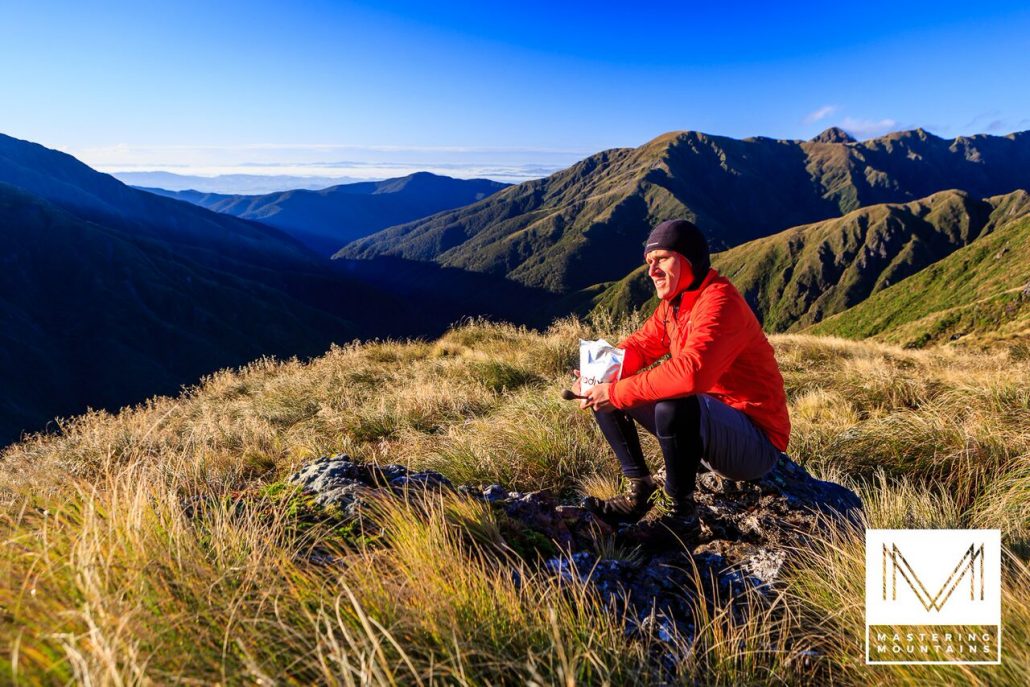 Mastering Mountains is a nonprofit Allen started to help people like him mountaineer.

Meanwhile, he’s working on the PhD exploring 150 years of writing about mountain climbing in New Zealand.

“It’s interesting to see how it’s developed. Now, people write about going climbing not just to conquer the mountains, but their own inner demons.”

He says that he was looking for some of those demons during his own climb, and the study is helping him figure out who he is now.

“My sense of masculinity before I got sick was so tied up in feats of physical prowess, and now I’m unable to do a lot of those things. So what is my identity, as someone with MS?”

As for what’s next, Nick says MS has helped him focus a lot more on the present. He says his biggest challenge is managing everything he wants to do within the confines of MS. He’s already started planning another climb for 2018.

“The future can look daunting, but that just reminds me to stay in the now and make the most of what I have.” 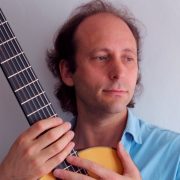 Paralyzed by Multiple Sclerosis, A Writer Dictates His Novels
Carey Dunne
What Rap Taught Me About Diabetes

How This Non-Profit Gets The World’s Hottest Artists To Give Hospitals...
Don’t miss one more amazing story.
Every week, we’ll send a few of our favorite stories to inspire you.
Send this to a friend
Scroll to top