After losing her leg to cancer, Paulina Chavira turned to her passion for grammar to make sense of the world.
amputeecancer

Paulina Chavira, Mexico City’s grammar queen, is sitting in her office, having another fight on Twitter.

“People often get angry with me, saying things like ‘how can you correct me?’” she says. But Paulina feels driven. It’s just one of many interactions she’ll have online on a regular day. But not all are negative – Paulina gets comments and questions from educators, writers and the media, calling on her to advise them on issues of punctuation usage, accents, structure and more.

Being grammar queen is something of a new gig for Chavira. But she’s always had a passion for words. 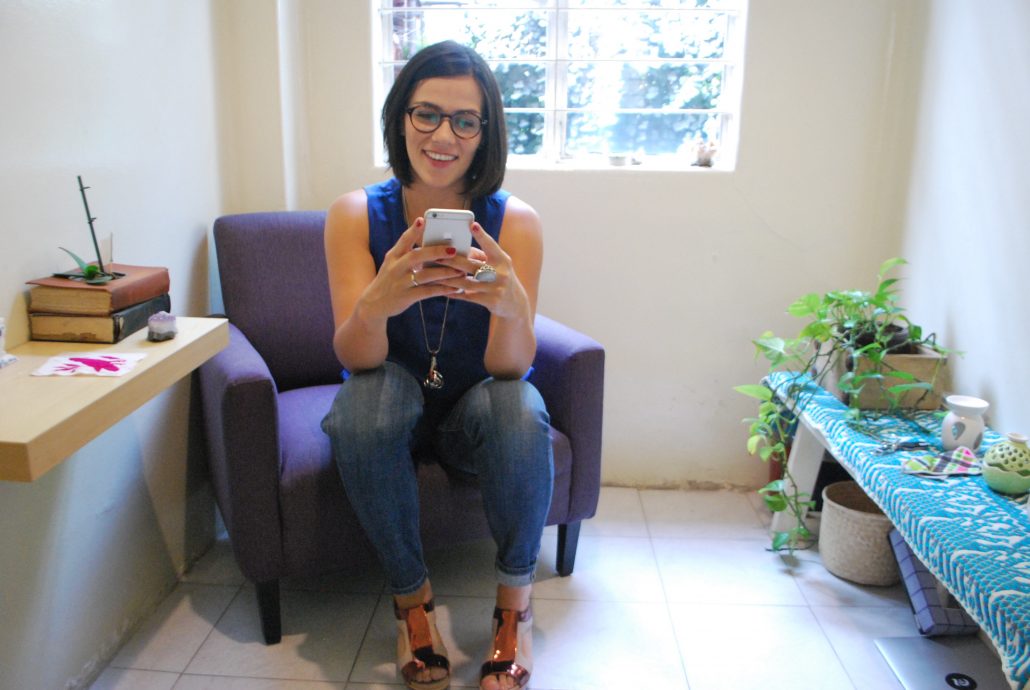 In July 2013, when Paulina was 33 and had her first son began kindergarten, she read a tweet revealing that Mexico’s education ministry was going to accept public school textbooks into the country’s classrooms even though they were riddled with errors – 117 errors, to be exact. She took to Twitter to express her outrage, thinking, “How can this happen?” So she tweeted to her 400 followers.

The following day, major Mexican media outlets picked up on the issue, harshly criticizing the ministry for allowing a textbook with so many mistakes into public schools. But Paulina’s ire towards grammar mistakes isn’t just aimed one way. The day after, Paulina identified another issue, tweeting back to media sources: “Media outraged with 117 spelling errors in the textbooks of the SEP, but indifferent to those they commit daily.”

The sudden attention got Paulina thinking. In Mexico, as elsewhere, Twitter is a big way that people get their news and information. She asked herself how she could use Twitter to promote proper grammar, and came up with the idea of a Twitter database where Spanish speakers could check spelling and grammar. Armed with the @117errores handle, the result was NoMás117errores, or “No more 117 errors”, a direct reference to the 117 grammar errors found in the schoolbooks.

The grammar bug got Paulina in high school. That was also the year she was diagnosed with a cancerous tumor in her right knee. When Paulina started her chemotherapy in May 1997, she was having a hard time thinking of the future at all. Paulina thought it was bad enough that she might lose her hair, but soon, there was talk of amputating leg… talk that became a fearful reality after she woke up from her final leg surgery on September 29th, 1997 to just one foot and the indescribable experience of phantom limb pain.

“More painful than all of the surgeries was trying to stand again for the first time,” Paulina remembers. With the help of a few dedicated teachers, Paulina stayed on top of her schoolwork. Her parents, meanwhile, were an incredible support system. “You are more than just your leg,” they repeated, a constant refrain. “You are an entire human being.” 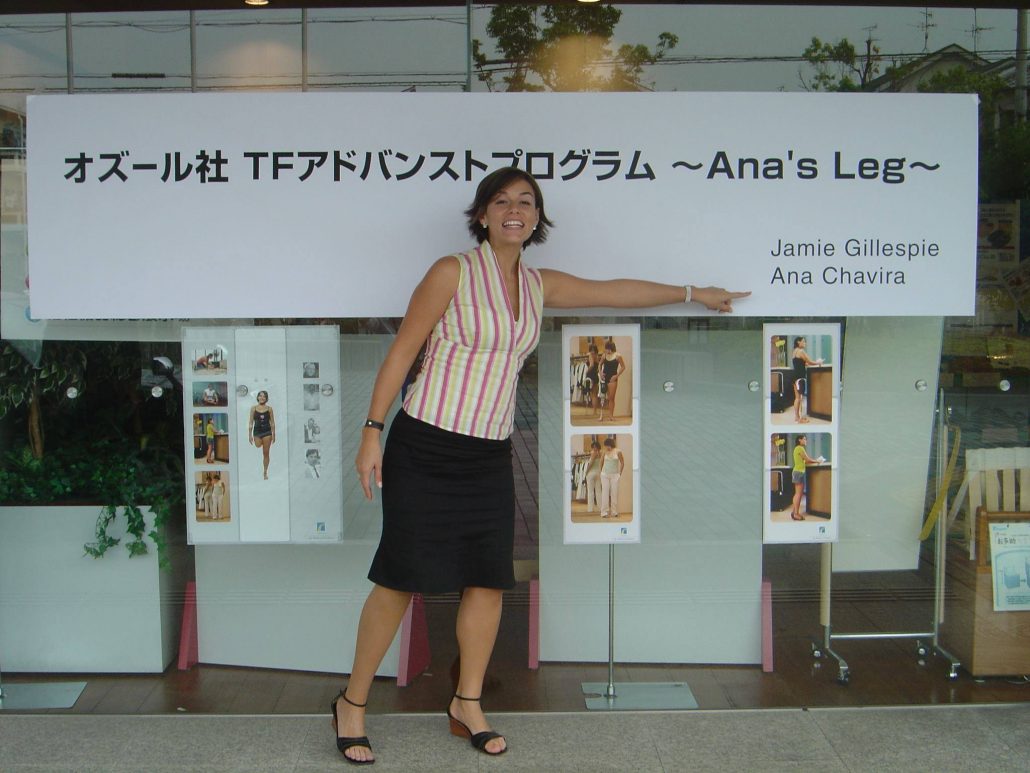 Paulina Chavira in Japan while working for Marlo and his team.

“You are more than just your leg,” they repeated, a constant refrain. “You are an entire human being.”

Over the next few years, Paulina ran the gamut of fears regarding her transition. “How will people look at me? Will I ever get married and have kids? Will I ever dance again?” Making matters worse was her prosthetic leg, a model unchanged since World War II.

When she went to college, she chose journalism as a major, and it was there that her love of writing and grammar became a passion. “Writing was a way I found to pour out all the pain and anger I had after my leg was amputated,” she remembers.

Her father heard about a prosthetic engineer, Marlo Ortiz, over the radio. A man who was revolutionizing the anatomical socket, the interface where the residual limb goes into the prosthetic. The Marlo Anatomical Socket (MAS), was developed with the engineer mindset to provide more skeletal support and be aesthetically more human-like in the gluteal region. Paulina worked closely with his team, testing the new technology, and eventually getting her own advanced prosthetic.

“There was life before Marlo, and life after Marlo,” says Paulina. Not only did he supply her with an advanced prosthetic, but he taught her to use it for the first time. It renewed her confidence. “For the first time I thought, maybe I should try this, while before, I automatically thought: No, I can’t,” she remembers.

This confidence encouraged her to study abroad in Spain, there she finally felt like she really accepted her metamorphosis. “Up until that point, I had never really faced that I had lost a leg.” But abroad, it was was impossible to skirt around the issue. Her new friends asked about it, and as they asked about her missing leg, Paulina stopped being ashamed.

“For the first time I thought, maybe I should try this, while before, I automatically thought: No, I can’t.”

She returned from Spain with newfound independence, and she was asked to join Marlo and his team as a full-time Media Coordinator and Patient Model. Full of unique opportunities, she put her journalism career on hold and she traveled to the Czech Republic, South Africa, Japan and more: visiting the factories where they made the prosthetics, using her journalistic skills to do public relations and talk about her experience. While the experience was extraordinary, after more than a year she felt like she was living inside of her experience losing her leg, and felt like it was time to move forward and reconnect with journalism.

Paulina also found love, something she had previously feared when she first lost her leg. 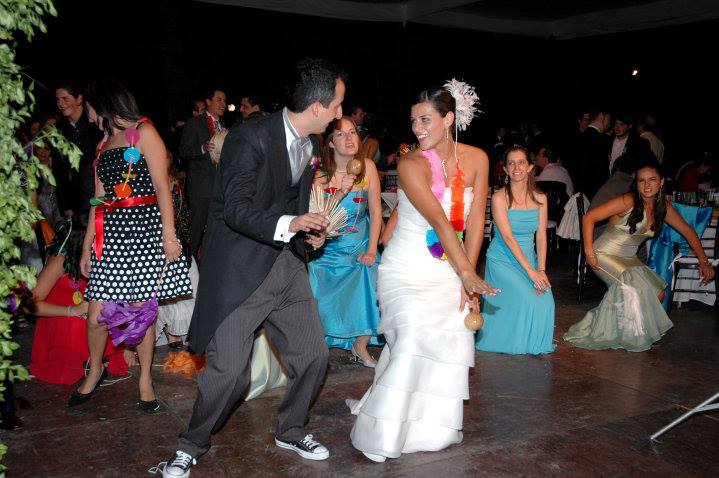 Paulina and her husband Hector dancing at their wedding.

She married Hector, in November of 2006, and they “danced all night.” As for their two young boys, she tries to make the prosthetic leg as normal as possible. “I think the more normal we can be about it the better.” Once her son Mateo even asked, “does everyone’s mom have a prosthetic?”.

Once her son Mateo even asked, “does everyone’s mom have a prosthetic?”

Her influence on Twitter landed her an editorial position with The New York Times en Español and her career goals have grown. She now hopes to finish a Spanish style-guide for news.

Over the years, and despite the trauma experienced during her formative years, Paulina followed her love of language, starting with writing, finding the accessible opportunity of editing in journalism, and ultimately as a grammar force in her editorial position and on Twitter.

Her ultimate pet peeve on Twitter is “when people say ‘it’s not well written but you understand me.’ And I can’t understand why they don’t see the importance that it’s written correctly.” Paulina believes in the power of language and grammar. She says: “I love my language, I love to write it correctly. It’s a weapon. A peaceful weapon.” 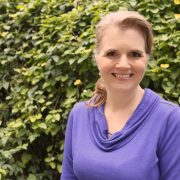 When Health Insurance Is No Assurance At All
Stephanie Weaver
How Migraines Drove Me Out Of The Office, And Into My Dream Job The World’s Only Classical Music Ensemble For The Mentally Ill
Don’t miss one more amazing story.
Every week, we’ll send a few of our favorite stories to inspire you.
Send this to a friend
Scroll to top