Tinker Bell snaps her wand and Pocahontas tears off her necklace in defiance. “This isn’t Disneyland, I’m not a novelty, this is as real as it gets,” chant the Sisters of Invention, a South Australia-based five-person girl band in their 2014 music video. For this upbeat, electro-pop song, the Sisters dress as Snow White, Cinderella and other Disney princesses, but their words urge listeners to look beyond the surface and take them seriously.

The Sisters all have some form of disability and write their own songs drawing from life experiences: rage, anxiety, grief, feeling different. “This Isn’t Disneyland” is a rebuttal of sorts to people who infantilize them. “We’re all grown up, we’re not babies,” Aimee Crathern tells Folks during a Skype interview. “If we’re treated like babies, it’s not our problem, it’s their problem. They don’t know how to treat people. They don’t know how to see us as normal people.”

Each member has first-hand experience with this frustration towards people who want to put them in corners because of their conditions. Annika Hooper, 29, is blind. Michelle Hall, 28, and Caroline Hardy, 31, have cerebral palsy. Jackie Saunders, 27, has Fetal Alcohol Spectrum Disorder. Crathern, 30, has a developmental disorder called Williams Syndrome.

The Sisters met through a choir at Tutti Performing Arts, an Adelaide-based organization that fosters the professional development of artists with disabilities. Producer Michael Ross, 35, (who is not disabled) saw the girls’ potential and helped them form a band. Together, the Sisters wrote and released their  their debut self-titled album in 2015, and are currently working on a second album. Meanwhile, “Pop-Ability,” a 5-part documentary series featuring the Sisters, began airing on Australian TV in March.

If they don’t know how to see us as normal people, it’s not our problem, it’s their problem.

The Sisters are pros all the way: they have a recording contract and get paid for every live performance. Still, Ross says certain attitudes around disability stubbornly persist. He’s observed those who incorrectly assume that “people with disabilities will be children forever and if they’re doing creative work, it must be for purely therapeutic benefits.”

Having worked with the Sisters for six years now, Ross has also noticed some people coddling and sheltering those with disabilities, including the Sisters but also people with disabilities in general. “It could be the wheelchair user on the singing show being told they’re the most inspiring contestant they’ve ever seen,” he says. “Or the 30-year-old learning disabled artist being told they’re not allowed to use swear words in their art by a parent.” 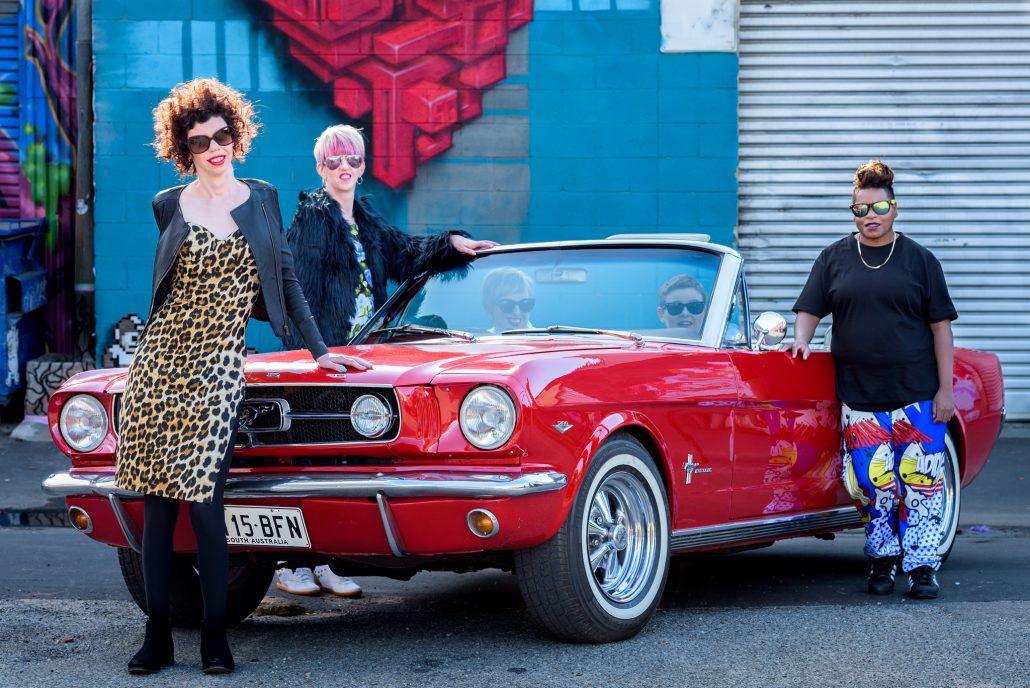 The Sisters of Invention on set for their latest music video.

While women struggle with the glass ceiling, “in this disabled world it’s almost like a cotton wool ceiling,” Ross says. “It’s a low ceiling congratulating people for getting out of bed, congratulating them for not actually achieving anything and giving them very low expectations. If a non-disabled person were given the same treatment their growth would be stunted.”

Ross hopes that the Sisters help challenge these behaviors. “[Some people] never think of them as working artists, as professionals in the field,” he says. “That’s what the sisters actually do. We write original music and release it commercially. Part of the message is that they’re just being working artists.” Ross concedes that some of the attention the Sisters get is due to their backstory but insists their music has merit on its own. “Inevitably there is some bias because the band members are all women living with disability,” he says. “But the group has true, rare talent and that’s reason enough to be media worthy.”

Each song’s creation is a bit different, but the original spark of inspiration comes from real life.

“If someone’s come in and having a bad day, we might sit and talk and write about it and then Michael will get on the piano and start playing random chords,” says Hall.

Like real sisters, they’ve helped each other through heartbreak. When Saunders’ 14-year-old cousin committed suicide, the band wrote a haunting, piano-tinged ballad called “Tsunami of Kites” inspired by the loss.

Ross believes the Sister’s unabashed emotional honesty is part of their songs’ appeal. “It means more because we’ve written it ourselves,” Hall says. “Lots of people going through [different challenges]. It’s nice to know that when people come up to us and say, ‘I felt that in that situation.’” Adds Hooper, “they can relate.” 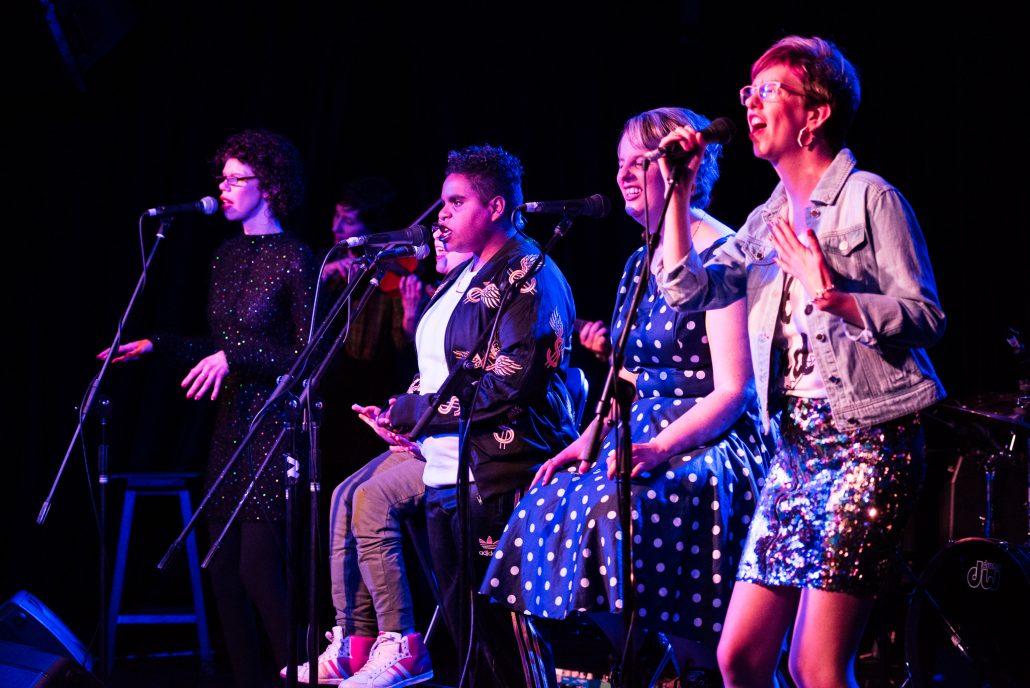 Performing live and on stage.

In fact, during one performance for around 400 teenagers, the crowd went so bananas hysterically screaming and cheering that Ross said he had to check on the Sisters and make sure they weren’t overwhelmed. It wasn’t their first gig, but “the band had never had that volume and duration of an applause before,” he says. Meanwhile, they reveled in the fans’ enthusiastic response. “When I checked in with the Sisters after the show they said it was exciting and they could get used to it,” Ross remembers.

At their album launch Space Theatre at the Adelaide Festival Centre in May 2015, the Sisters had about 200 people crowding the merchandise table, and even their support worker was surprised by the response. “They stuck in there, did it, and afterwards needed to chill out,” Ross says.

Between skeptics, the loss of Saunders’ cousin and other setbacks, it hasn’t been all smooth sailing for the Sisters, but Hall says most people dwell too much on what those with disabilities can’t do rather than seeing all of the other things they can. “If you focus on the can, it’s much better than focusing on the can’t,” she concludes. 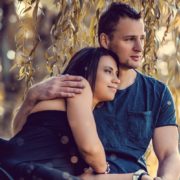 Ask Ada: I'm Disabled. Should I Settle For Less In Love?
Ask Ada
Why I Started “The Huffington Post For Testicles” How Birdwatching Helps Save Me From Chronic Pain
Don’t miss one more amazing story.
Every week, we’ll send a few of our favorite stories to inspire you.
Send this to a friend
Scroll to top