Breast cancer, multiple sclerosis, osteoporosis, scoliosis, and a little disorder colloquially called "the suicide disease." This former educator turned yogi isn't letting any of them get her down
breast cancerostoporosisscoliosis 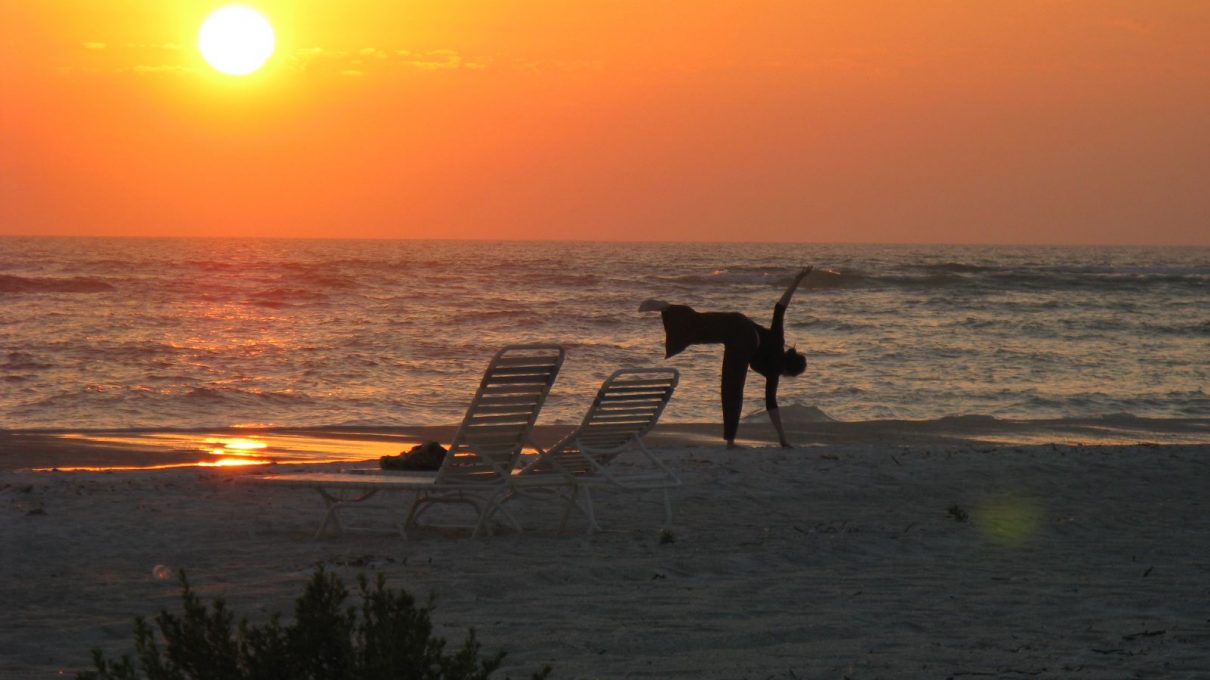 Ilona Thomson was out shopping for rugs when she felt the sensation of electric bolts shooting across her face. She didn’t know it at the time, but the retired middle school principal had trigeminal neuralgia, dubbed “the suicide disease” for its intense, stabbing electric facial pains. It’s been called the most excruciating pain known to humanity. 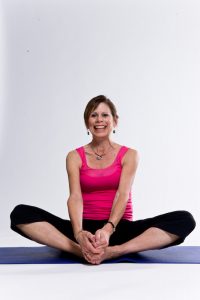 Already, Thomson, 66, had been diagnosed with multiple sclerosis. And over the last 20 years, she’s also faced osteoporosis, scoliosis and breast cancer. To heal, Thomson had to come to terms with major lifestyle changes, including cutting her career short. But she’s embraced a new life, one where she focuses on healing.

Whether it’s yoga, meditation, diet changes, or tapping – a holistic healing technique Thomson believes in, in which you tap on specific points in the body – Thomson dedicates her days to pain management. But she also finds relief and purpose in helping others. Her volunteer work at nursing homes and her local synagogue have helped her forged community connections that have spurred her to push through the pain.

Thomson talked to Folks about what it’s like to live with trigeminal neuralgia, how her conditions impacted her career, her regimen of self-care, and how visiting nursing homes with her dog Maddie to volunteer with Alzheimer’s patients helped give her perspective.

How did your health issues start?

I was in my early forties. One day I was in the shower reaching for some soap, and one of my eyes went dark. I couldn’t see at all. I was frightened. I was supposed to go away for the weekend. I went to my doctor, and he said ‘it’s nothing, it’ll be fine.’ When I got back I went to a different doctor and got an MRI. I remember one of the technicians said it could be MS, and I freaked out, because to me that meant I’d end up in a wheelchair. At the time I was working a very stressful job as an assistant principal at a middle school that had gang and drug problems. I also had three kids of my own. Further testing ended up not showing MS. I took steroids and my vision went back to 20/20. Then after a while, it happened again. I had more testing, saw a new doctor, and he said I definitely had MS.

I remember one of the technicians said it could be MS, and I freaked out, because to me that meant I’d end up in a wheelchair.

How did your diagnosis impact your career?

It wasn’t until I turned 51 that I developed every MS symptom you could imagine. I noticed it when I was writing thank you notes to parents after they gave me gifts for Chanukah. My handwriting wasn’t right. I had trouble walking. I had huge bladder problems. I just felt horrible, and I was crying all the time. I was keeping it a secret because I was very ashamed that I wasn’t functioning.

At that point, I’d worked my way up to principal. My doctor said I’d feel a lot better if I stopped working. That never occurred to me. I broke down and wept. I ignored his advice and continued. Then, that summer we took our son up East to look at colleges, and I just couldn’t keep up. We got back and I decided not to go back to work. That was a very painful chapter. I was devastated about my job and career and health and felt very weak. I dedicated myself to self-care – eating well, exercising – and got my MS symptoms under control. Then, I started having strange pains in my face. It was trigeminal neuralgia.

It’s the worst pain in the world. It started slowly. It felt weird in my mouth. I went to the dentist to see if maybe I had a chipped tooth. He said nothing’s wrong, but sent me to a specialist, and he also didn’t see anything. One day I was out shopping for rugs for my house, and the pain was worse. Then, it became unbearable. My husband took me to the ER because I couldn’t even spit without pain. I couldn’t even move. It’s like electric bolts. It came and went. One weekend, I was visiting one of my children in New Orleans, I was at dinner with her and a friend and I’d periodically have to stop talking. At home, if I was on the phone and it came on, I’d have to hang up. It started to become incredibly invasive. I know people with trigeminal neuralgia who practically have to stop eating. It really is horrible. I don’t know why the body sometimes turns on itself and goes so awry, but it does. It’s hard that there are so few answers.

How have you coped with what’s been called the “suicide disease”?

Medication helped, but eventually, I started looking for an alternative treatment. I tried a treatment where I wore a gigantic device around my head – the doctors said it would cure it, but it didn’t work. Then, I came across a doctor in Cincinnati who performs a procedure called a rhizotomy. They put a little wire through your cheek, locate the source of the pain, and basically fry the nerve. At first I said, “I’m never doing that.” But then I changed my mind. It’s very painful. You have to be awake. It was like being in a torture experiment. I was screaming. But then your face is numb, and you feel a lot better. Half my face is numb now, but you can’t tell. I started to wean myself off medication. I still have residual pain, especially at night, and I take some medication. I also meditate every day. I’ve done tapping. I’m very open to alternative treatments.

How has taking charge of your health and well-being helped?

On top of everything, I was also diagnosed with breast cancer. But, I was lucky. It was stage zero and discovered right away. It was a lot to handle though. I have a lot of motivation to try to be well. I have my children, my grandchildren. I have so much to be grateful for.

I have a lot of motivation to try to be well. I have my children, my grandchildren. I have so much to be grateful for.

I try to make decisions that are healthy for me and I’m open to anything. I started to do a lot of things that made me feel whole again. I started an MS yoga class. I changed my diet. I do yoga. I went to a Buddhist temple to learn meditation. I embraced my new life. I wrote out a schedule for myself: meditate, yoga, practice the piano. I also got bat mitzvahed. I became a board member at my synagogue. My community is very nourishing to me. I read a book about a woman with MS who was in even worse shape than me who found relief in volunteering. So, I decided to volunteer at nursing homes with my dog Maddie. I took her for training and had to take some night classes. It was very healing.

After all these years, everything I’ve been through, and the people I’ve met along the way, I keep coming back to the fact that we all have our issues. You really just have to be a warrior, and you have to learn a lot of self-care. That’s how you can prevail. 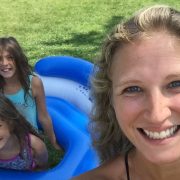 Shelter Dogs Helped This Woman Battle Bulimia
Don’t miss one more amazing story.
Every week, we’ll send a few of our favorite stories to inspire you.
Send this to a friend
Scroll to top