Multi-ethnic patients can have a harder time matching with a bone marrow donor. This nonprofit aims to change that.
leukemialupusSickle Cell Disease 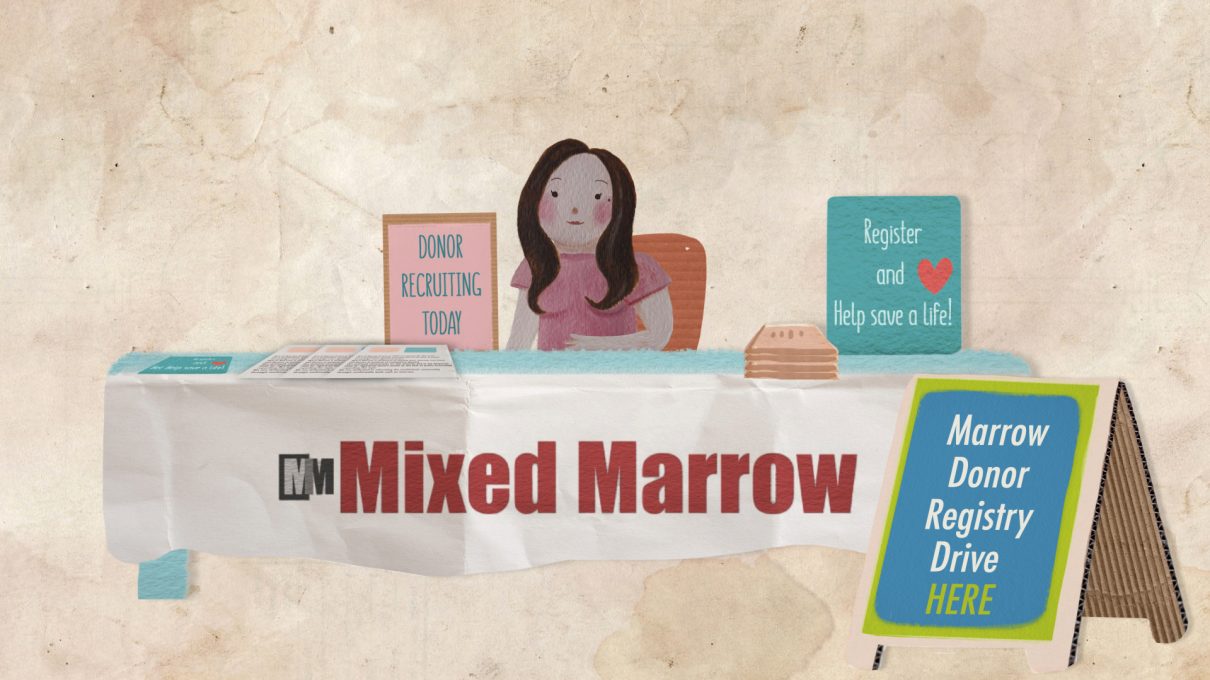 After Athena Asklipiadis, who’s part Japanese, Greek, Italian, Armenian and Egyptian, happened upon a bone marrow drive and learned about this problem, she was inspired to launch Mixed Marrow, a nonprofit that aims to register more diverse donors. She also helped create a documentary around the issue.

Folks talked to Asklipiadis about the importance of bone marrow donation and how Mixed Marrow is spreading the word. The following excerpts have been edited for clarity and brevity.

How did this issue come to your attention?

Blood-related diseases were on my radar because my aunt had battled lymphoma and passed away, so I was searching for some cause to get behind. That was around 2008, about a year after she passed away, and it was kind of serendipitous that I happened to run into a bone marrow drive at a Japanese cultural festival in Los Angeles.

The patient that was being highlighted was Krissy Kobata and this patient was half Japanese like myself. She was in her twenties at the time, so I found a lot of similarities with her story and mine. When I was reading some of the materials they had at this drive, that was the first time I was really aware of the fact that ethnicity played a large role in [bone marrow] matching. I registered try to see if I was a match.

At that time I was involved in a lot of mixed race kind of communities online, and I was really surprised that not a lot of people my age were really talking about it or knew about it. I was just shocked that nobody was really talking about Krissy or other people like her in California. Other mixed people were just kind of rare to get on the registry. I started sharing online, and it kind of compelled me to want to start my own organization. 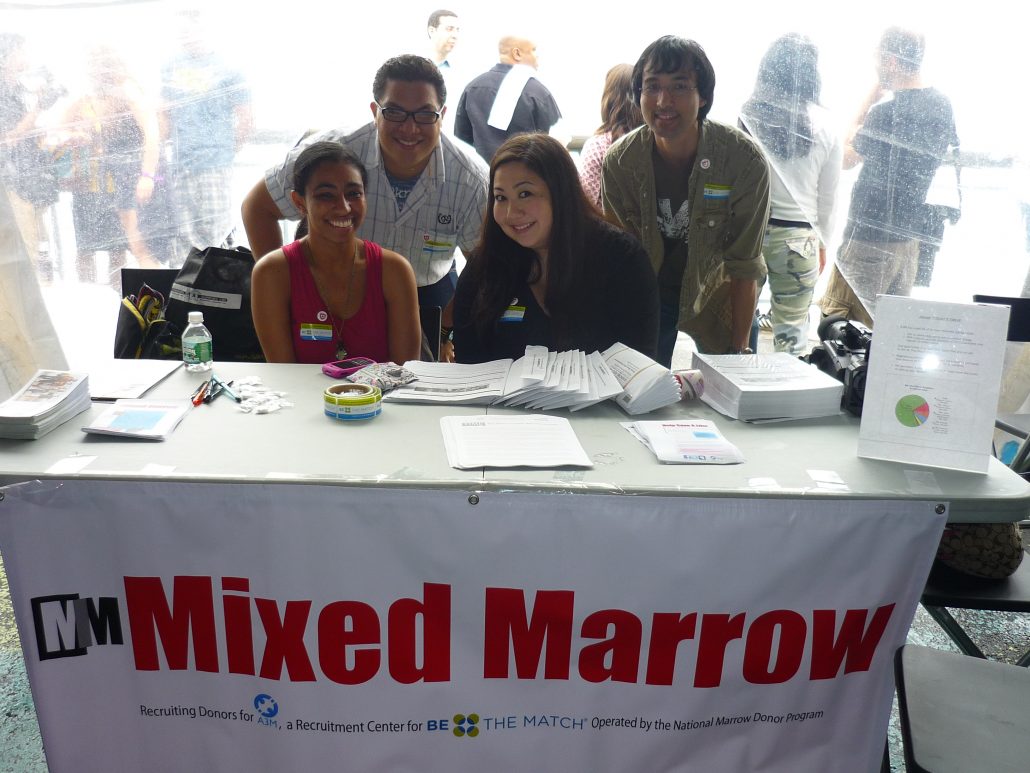 So, how do you register as bone marrow donor?

There are two different ways you can register. You can either go to a live drive that’s happening–most states have a Be The Match recruiter or organizations that do bone marrow drives at public community events. You could also register online. You fill out the application portion on the website and they’ll send you a swab kit. Once you get the kit, you just swab the inside of your cheeks and send it back. The kit will then be processed in a laboratory and you will be added to the donor database.

What was your biggest challenge with Mixed Marrow?

I think our challenges are pretty similar to other recruiters around the world. It’s really difficult sometimes to try to outreach to the public who have no idea what being a donor means. They have a lot of misconceptions that it’s super painful or that you’re awake during the bone marrow operation. We don’t want to coerce or like pressure somebody register if they’re not ready or they’re not educated enough.

We do our best to try to educate people and we’re very honest with them. If you are called to be a matching donor, you will either be donating marrow (a surgical procedure under anesthesia) or non-surgically when stem cells from your blood are taken from your arm called PBSC donation.  In both cases, your body will replenish the donated cells within a couple of weeks.  And most donors are able to return to work and normal activity very quickly. Dispelling myths is probably the biggest challenge and that’s why I created a documentary.

Tell us about your documentary, Mixed Match.

My professional background is actually in entertainment and broadcasting, so I felt that media was a good way to share these stories. I pitched the idea to Canadian filmmaker Jeff Chiba Stearns. I didn’t know him, but I had been familiar with his work. I just sent him a blind message on Facebook. I wanted to create something that educated people but also tapped into the real life stories of the patients that are young and lively. I wanted show that these are everyday people who deal with [blood] disease and it could be curable at the hand of a stranger.

It was about six years to complete the film. So Jeff and I took over 200 hours worth of footage [the finished film is 96 minutes]. Thankfully, last October we were able to release it. It’s screened at over 30 film festivals so far. Every screening has a bone marrow drive, so people have the opportunity to sign up.

How have audiences responded?

We’ve won several awards, audience choice award and jury awards, for the film. The most important thing though above all that, is that we’ve able to register several groups of donors to the registry that have either been compelled at the time of seeing the film or they signed up online later.

Besides from the documentary, are there other ways that you’re performing outreach?

We’re all volunteers completely, so we do a lot of outreach online. We do drives at different events, and then we do a lot of talks where we’ll go to a college campus, and talk about this issue with cultural club or different ethnic groups. We just let them know how important it is and that minorities are really under-represented [on the bone marrow registry]. The film has been the major focus in the last year just because it’s been a really good tool at showing people the stories without having to do so much heavy reading.

Have you matched with anyone?

No. It’s very, very difficult to match with somebody. It’s about a one in 500 chance you’ll be called, and then you would have to go through a series of others test to see if you are a perfect match for somebody. Unfortunately, I’ve never been called. I’ve been registered since 2008, but then there are people that get called two months after being registered. I’d totally be willing, but I’ve not had that opportunity yet.

Is there anything else that you’d like readers to know about registering or about Mixed Marrow?

This type of donation is not at the mercy of just doctors and research and science. It’s really based on humanity, and just being willing to help somebody. So, I just think that there is something really beautiful about that, that we have a cure within ourselves. A lot of people are afraid to do for a stranger or someone they don’t know, but if you put yourself in their shoes or put your mother or your sister or somebody in a patient’s shoes, you would hope that whoever the stranger is in the world would answer that calling and be on the registry. This is just one really unique way of that we as average people can do an extraordinary thing for somebody.

Want to register as a bone marrow donor? Search for an upcoming drive near you or sign up online. 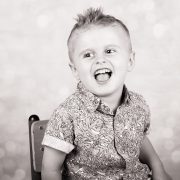 Is Medical Crowdfunding Really The Answer To A Broken Healthcare System?
Fiona Tapp
The Angel With Broken Wings

The Happy Little Life Club
Don’t miss one more amazing story.
Every week, we’ll send a few of our favorite stories to inspire you.
Send this to a friend
Scroll to top