After a stroke at 33 left her with amnesia, Christine Hyung-Oak Lee turned to journals to make sense of her present, her future, and her past.
amnesiaanterograde amnesiaaphasia 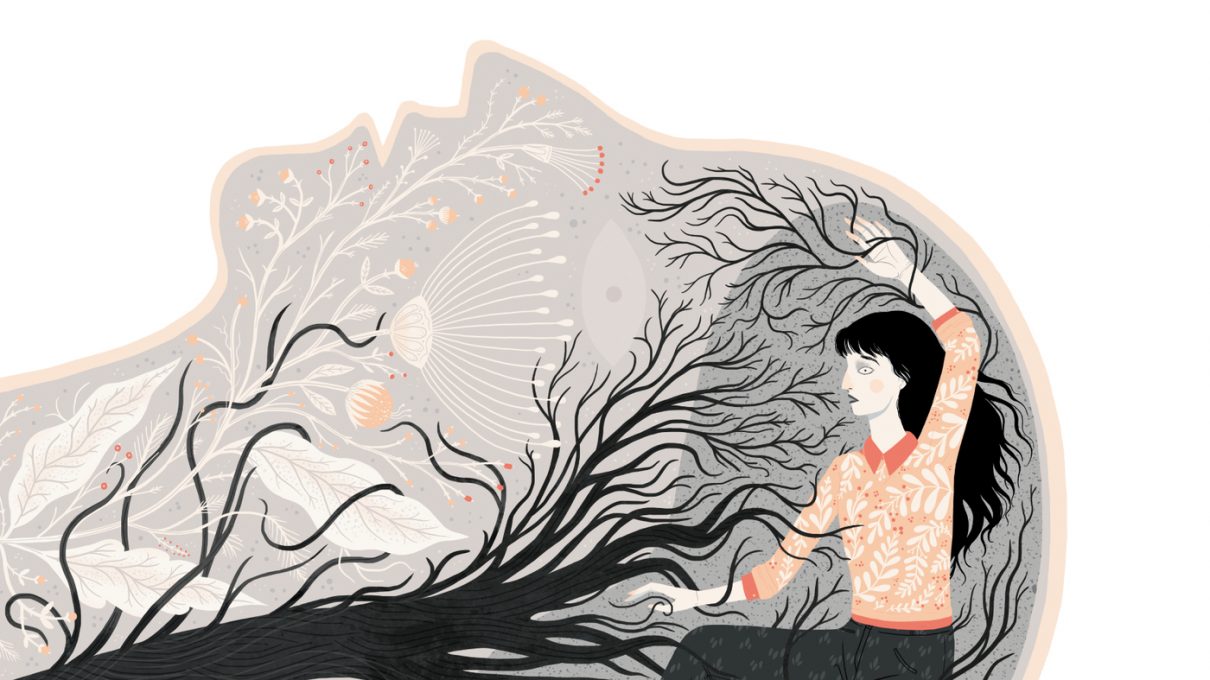 When writer Christine Hyung-Oak Lee woke up with a splitting headache on New Year’s Eve of 2006, she thought it was just another one of the awful migraines that had plagued her for most of her thirty-three years.

As the day wore on, though, more alarming symptoms developed.

On a hike in Tahoe, she saw red snowblowers in a parking lot rotated ninety degrees—her world had literally turned upside-down. Numbers became squiggles; colors lost their names. She suffered from aphasia, substituting forgotten words with nonsense terms (making breakfast with her husband, she called eggs “shell-bells,” for example). But, having been trained as a child to remain stoic in the face of pain, Lee didn’t seek medical help for these symptoms until almost a week later.

Once she finally arrived in the hospital, an MRI revealed Lee had had a stroke. A blood clot had traveled up into her left thalamus, killing part of her brain. She could have died. Instead, she was left with anterograde amnesia, unable to form new memories or to retrieve many old ones. To compensate, she began taking meticulous notes in Moleskine journals. These served as a kind of external hard drive, storing the names of her doctors and new acquaintances, details of conversations she’d had, and records of her daily activities.

Eight years later, once she’d fully recovered, Lee turned to these journals while writing her astonishing new memoir, Tell Me Everything You Don’t Remember: The Stroke That Changed My Life. An expansion of her viral Buzzfeed essay, “I Had a Stroke at 33,” it weaves accessible explanations of neuroscience behind memory with lyrical, moving accounts of her own experience with memory’s fragility.

We talked to Lee about the unexpected perils of living fully in the present moment; how writing about her stroke saved her life; her experience of pre- and post-stroke depression; and why the world could benefit from a virtual reality machine that helps people empathize with the disabled.

Like Billy Pilgrim, the protagonist of Kurt Vonnegut’s Slaughterhouse-Five—the first paragraph of which you read over and over after experiencing memory loss—you became “unstuck in time” after having a stroke at age 33. For those who haven’t read your memoir: What does it feel like to live with the type of memory loss you experienced?

But at the same time, I couldn’t fret about the future and I couldn’t be anguished about the past. So even though I’d normally be frustrated about having to reread something, I didn’t have the mental capacity after my stroke to remember that I used to be able to remember and that I was supposed to remember—so I’d literally just start over again, without a bother in the world.

So in my case, it felt just fine—blissful even, until I’d recovered enough to realize the magnitude of my loss. Sometimes I’m nostalgic for those first few weeks of recovery.

Living fully in the present moment is pretty damn awesome. And there are times I wish I could achieve that state of mind again. I can sometimes touch that serenity when I do yoga, by envisioning the experience in my mind. But it’s elusive. It’s like trying to go back to your childhood; I’ve been able to be childlike, but I’ll never be able to achieve the state of childhood.

Living fully in the present moment is pretty damn awesome.

But here’s the thing: I learned firsthand that living in the present moment is not sustainable; it’s hell on the people around you, who are then burdened with all the planning and foresight.

In many ways, the stroke was a gift: “I was disarmed,” you write. “And because I was disarmed, I had to live life in a new way. I became different. At first I resented this difference. And then I accepted it. And then I loved it.” What do you think your life would be like now if you hadn’t had a stroke?

I’d probably be the same hard-driving, high-energy woman I used to be. Basically, like all the characters Parker Posey plays—you know, the ones where she is described as “making coffee nervous.”

It took you eight years to be ready to write the book that became Tell Me Everything You Don’t Remember. “Writing trauma feels impossible at first,” you write. What was the process of writing the book like? How did writing it help you heal—not just from the stroke, but from the series of traumas that preceded it, including the end of your marriage?

Writing Tell Me Everything You Don’t Remember saved my life. I was frankly going through the worst time of my life while writing the memoir. I’d had a baby after thirteen years of infertility—and had severe postpartum depression for nine months. My husband had an affair and then left me after eighteen years together. He had been the love of my life. I was crushed.

It only became safe to examine my stroke after something else brought me to my knees. It was then that I found it bearable to look at the past.

So being able to step away from my ongoing life into the memoir was an incredible sanctuary, even if I was writing about something terrible that had happened to me. It was a way to make something painful, meaningful.

What are some of your favorite books on the subject of illness and recovery?

Brain on Fire by Susanna Cahalan. Floyd Skloot’s In the Shadow of Memory. The Brand New Catastrophe by Mike Scalise.

You describe people’s eagerness to hear that you were “100% better” after your stroke. Many people get awkward and uncomfortable when talking to those suffering from illness—because they’re afraid of saying the wrong thing, because talking to a sick person reminds them of their own vulnerability and mortality, because they’re more comfortable with pleasantries and surface-level chitchat than difficult conversations about illness. What is the “right thing” to say or do for a friend, colleague, acquaintance going through an illness like yours? What were some of the most helpful things people said to you during your illness and recovery process?

I wish there were one right thing to say—there isn’t a magic line. On the other hand, there are many right things to say, but they require intuition and empathy.

The most helpful thing throughout recovery for me wasn’t what people said, but something they did: they listened.

The most helpful thing throughout recovery for me wasn’t what people said, but something they did: they listened.

Anything helpful friends said was informed by their listening. And by listening, I don’t mean an hour-long therapy session—but honestly, having a real conversation, even if for ten minutes. I think it’s helpful to ask people not “How are you?” but “How are you today?” Because in sickness, each day is so different, but you’re always pretty much sick.

Furthermore, I found it helpful when people didn’t just ask what I needed, but “What do you need today?” Specificity helps.

You write about how frustrating it was, after your stroke, to have to explain to people that you were ill—and for them to not really get it, because your body functioned normally and you looked “fine.” What do you wish more people had automatically understood about your condition? What would it take for us, as a society, to better understand and approach invisible disabilities like yours? 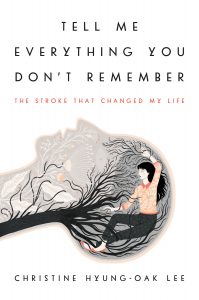 The cover of Tell Me Everything You Don’t Remember, now available on Amazon

When people with Lyme are active and socializing one week, and crippled by Lyme symptoms the next, I understand that illness ebbs and flows. I wouldn’t really understand this had I not had to recover from my stroke and experience firsthand the nature of illness and exhaustion and recovery and relapse.

It would be great to have a virtual reality machine through which we can each personally experience disability and while we’re at it, experience different ethnicities or genders or physicality or economic class. I feel like that would really help people develop empathy.

But to get to your question: I wish people had just accepted what I’d said. And gotten past their own discomfort. And here again, is where that wonderful virtual reality machine could be a solution.

Christine Hyung-Oak Lee’s book, Tell Me Everything You Don’t Remember, can be purchased on Amazon here.

When Diagnosis Leads To Entrepreneurship
Don’t miss one more amazing story.
Every week, we’ll send a few of our favorite stories to inspire you.
Send this to a friend
Scroll to top