They told her she needed a breathing machine. Instead, she got a radiator.
pulmonary fibrosis 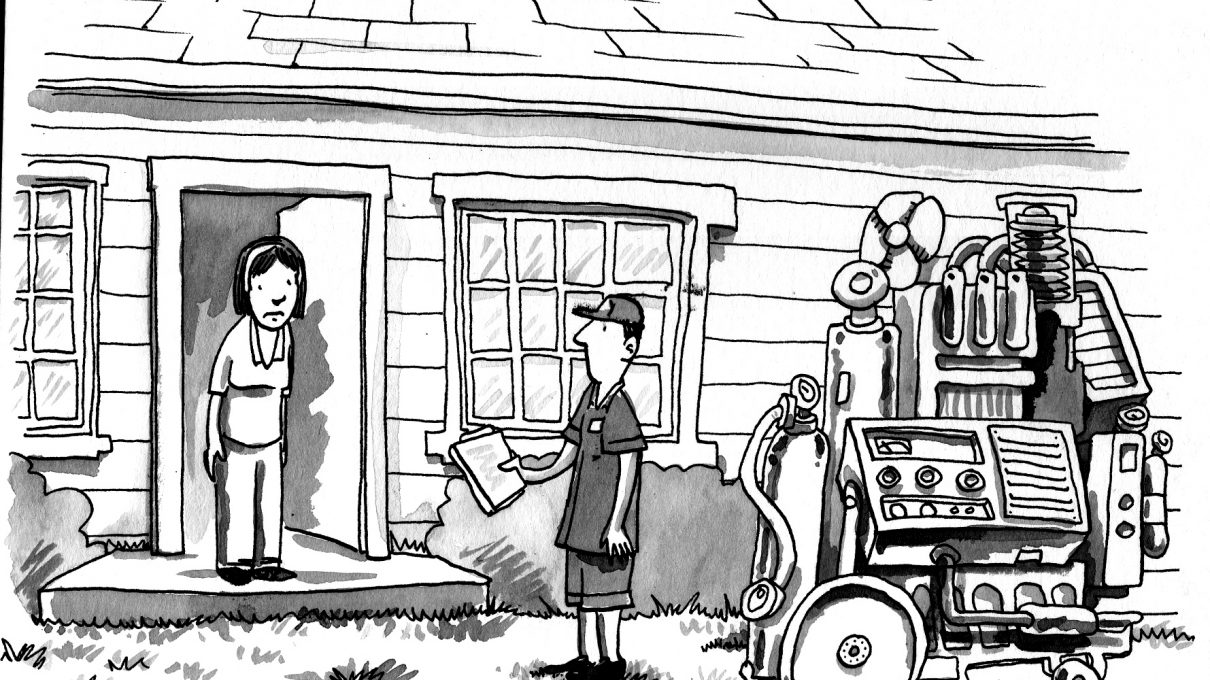 They told her she needed a breathing machine. Instead, she got a radiator.

Kind. The delivery man was preceded by his kindness.

Wheeling the oxygen machines to my house, he rang the doorbell, and as my dogs barked and jumped all over his legs, smiled pleasantly through the whole hair-shedding, slobbering event.

Maybe it was a job requirement, being kind. After all, he brings oxygen to people who need help breathing. If there’s one thing we need as much as oxygen, it’s kindness.

But when I saw what he was delivering, I was not kind.

“You have the wrong order,” I said to the kind man, pointing to the big blue thing he was delivering that looked like the radiator my aunt had in her house circa 1955. “My doctor didn’t order that. And I surely don’t need that tank you have there.”

Kind man: “But you do. This tank is your portable oxygen for when you leave the house”.

My doctor said he’d ordered me a small portable machine. Unobtrusive. Stylish. (“Oh, go on,” I said to that.) Nothing cumbersome.

I trusted him. He’d diagnosed my Pulmonary Fibrosis seven years ago, talking me through my CAT scans, and the periodic episodes that sent me to bed for a few weeks at a time. Nothing I couldn’t handle. But two years ago, my disease got aggressive. Breathing became harder. Then the cough arrived last summer, and so far, shows no sign of leaving.

Except this was not fine.

I wanted that big blue monster and that fucking cylinder tank out of my living room.

“Really,” I insisted. “You have the wrong order. Would you like a glass of water or a cup of coffee?”

Those of us who can’t breathe, we’re all one Airless Nation.

I asked him this, because schlepping to Malibu with the wrong order may have made him thirsty. I wanted to quench his thirst and make him get that shit out of my living room before I started tearing up.

But the kind man refused water or coffee. “You may have been expecting something else, but this is what your insurance approved,” he said. “I’m sorry. I can tell you had something else in mind.”

“My doctor told me he was ordering a small discreet portable machine for me… not these.”” I could feel the wet drops threatening to roll down my cheeks.

“He probably did,” said the kind man, “but insurance never covers those. You’d have to pay for one of those privately.”

“Okay, I will. Can you take these back and bring me one? How much are they, a couple hundred dollars?”

“Ah, afraid not,” said the kind man, looking at me with both amusement at my medical equipment naïveté and a true concern for my emotional well being. “They start at three thousand dollars.”

“Are you sure you don’t want that cup of coffee?” I said, instead of screaming “Fuck!” Which is what I really wanted to do.

In the end, I kept the chunky blue radiator, which fits into my bedroom closet as long as I remove the clothes hamper.

But I sent back the tank. It was a silver cylinder on wheels that I’d seen so many patients carting around the respiratory hospital in Denver. They all looked like they came from the same nation, where the air is thick and brown from cigarette smoke, where the national cuisine is Mickey D’s. They were comfortable dragging around that tank, treating it like a puppy on a leash, in a way that I never could be.

The kind man looked more than slightly appalled when I said I would rather die than drag that tank around behind me. But I’m not from that nation. My tribe takes daily beach walks, is lucky to breathe fresh ocean air, and yes, eats kale — that overrated “It” food — with every meal.

I won’t drag that tank around, because my nation is different from their nation. Or so I tell myself. In my heart, I know the truth. The only thing separating me from them is my fear, and it allows me to stay in denial.

Those of us who can’t breathe, we’re all one Airless Nation. It’s just that right now, I am lost, and searching for the state of Grace.

All illustrations by Shannon Wheeler. 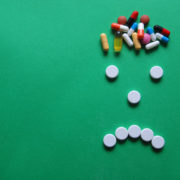 Angry To Be Sick For Life, But Grateful To Be Alive
Annie Stein
To Cope With Chronic Pain? Write Your Heart Out

13 Days, 7 Wonders, And One Case Of Skin Cancer
Don’t miss one more amazing story.
Every week, we’ll send a few of our favorite stories to inspire you.
Send this to a friend
Scroll to top