My Brain Is On Fire: What It’s Like To Live With Misophonia

My own mother's voice causes me agony, but she's not the problem. The real problem lives within me.
misophonia 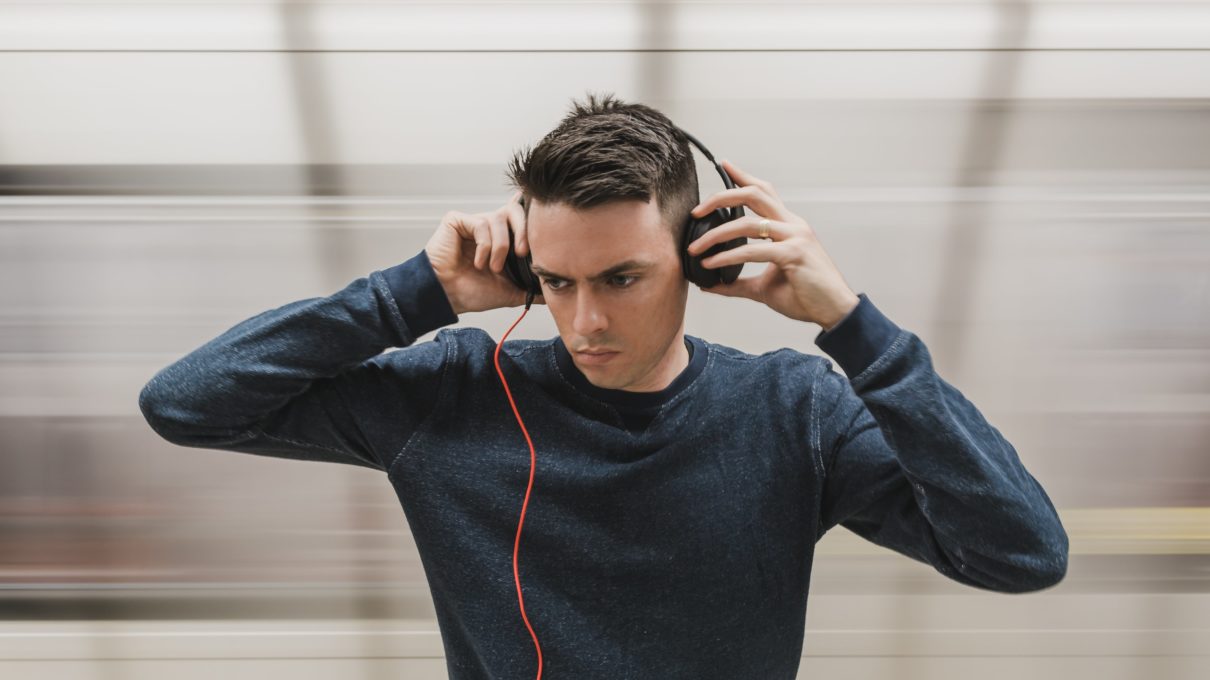 I was 12, and my mother was driving me to the dentist in our family’s old burgundy van, when the sound of her voice first caused flames to melt my mind.

“After the appointment we’ll have to pick up some supplies,” she was saying. “I’m making soup and sandwiches for our guests on Saturday.”

Suddenly, my mind made a connection: for some words, my mother’s voice whistled on her sibilants, like Herbert from Family Guy. As soon as I realized this, my previously normal, knotted knuckle of a brain perceived this sound as a threat, asked for all my cortisol, and then caught fire. I felt like I was burning alive with anxiety.

From that moment on, the sound of my mother’s voice has regularly caused me misery. When I hear her voice, I often find myself feeling almost physical pain, which can externalize itself in the form of cursing, anger, or rude mimicry. Nor is my mother’s voice the only thing that causes these feelings within me: any short, repetitive sound can trigger my misophonia.

Any short, repetitive sound can trigger my misophonia.

Misophonia is a disorder that’s hard to classify. For the misophoniac, clicked pens, loudly chewed gum, sniffled noses, jingled keys, and other innocuous sounds can cause us anxiety, mental anguish, and even physical discomfort. When I hear sounds that trigger my misophonia, I often feel enraged, and compelled to openly mimic the sound that is annoying me, which can come across as mocking.

As a disorder, misophonia has only started attracting thought from psychologists and neurologists over the last decade or so. The consensus? There is none: it’s a perplexing disorder.  The strong emotional response to sensory input in misophonia reminds some researchers to synesthesia, while the involuntary explosive outbreaks and mimickry in response to sounds reminds others of Tourette’s. Some researchers think it might be a neurological disorder; others think it might be wholly psychiatric.

There might be something to that last point… or, at the least, my own misophonia is oftentimes so strong that I feel like I ought to go to see a psychiatrist. Just the sound of my mother whistling the words “Supper’s ready” or my father’s wheezing breath in my ear has historically been enough for me to feel like shearing my ears off with scissors.

But things have gotten better for me as time goes on. When I was younger, I used to view the person who was triggering my misophonia as an object of disgust, a villain, a person who had earned my anger and disdain. But over time, I have come to a different perspective. Certain sounds people make still sound like they’re sparking kindling in my brain, but I have accepted that the fault lies within me, not in others. They don’t mean to hurt me, I remind myself.

Certain sounds people make still sound like they’re sparking kindling in my brain, but… they don’t mean to hurt me, I remind myself.

I find that having let go of my anger and practicing compassion has really helped me come to terms with my misophonia. The sound of, say, my brother smacking his braces or my mother complaining will still often annoy me, but if I find myself inadvertently mimicking them or exploding at them in anger, I try to make amends for the hurt I have caused. I apologize.

Taking Responsibility And Moving On

By taking responsibility for my outbursts, I’ve become better at controlling them. The more I’ve humbled myself and exposed my vulnerability, the easier it has become to not respond at all. These lessons—of humility, vulnerability, and  communication—are, I’d argue, central aspects of the human experience. Oddly enough, learning to manage misophonia has taught me to better love those around me.

If you see me at a local bookstore, shooting looks of hate at you as you loudly click your pen, please know that I don’t really blame you.

Still, I am not cured, and probably never will be. Which means that certain sounds still compel me to curse, pinch myself, and wish harm on the person making the sound that is bothering me. But if you see me at a local bookstore, shooting looks of hate at you as you loudly click your pen, please know that I don’t really blame you. It’s just that my brain feels like it is on fire, and I’m doing everything I can to remind myself that the flames aren’t real.

Renee Brincks
Do you know someone else who would enjoy this story?
Ask Ada: I’m Hiding My Disability At Work. Should I Continue?

Folks Video Story: Painting In Pain
Don’t miss one more amazing story.
Every week, we’ll send a few of our favorite stories to inspire you.
Send this to a friend
Scroll to top