Through her invisible battle with multiple health conditions, including lupus and fibromyalgia, my mother has taught me the meaning of love and sacrifice. 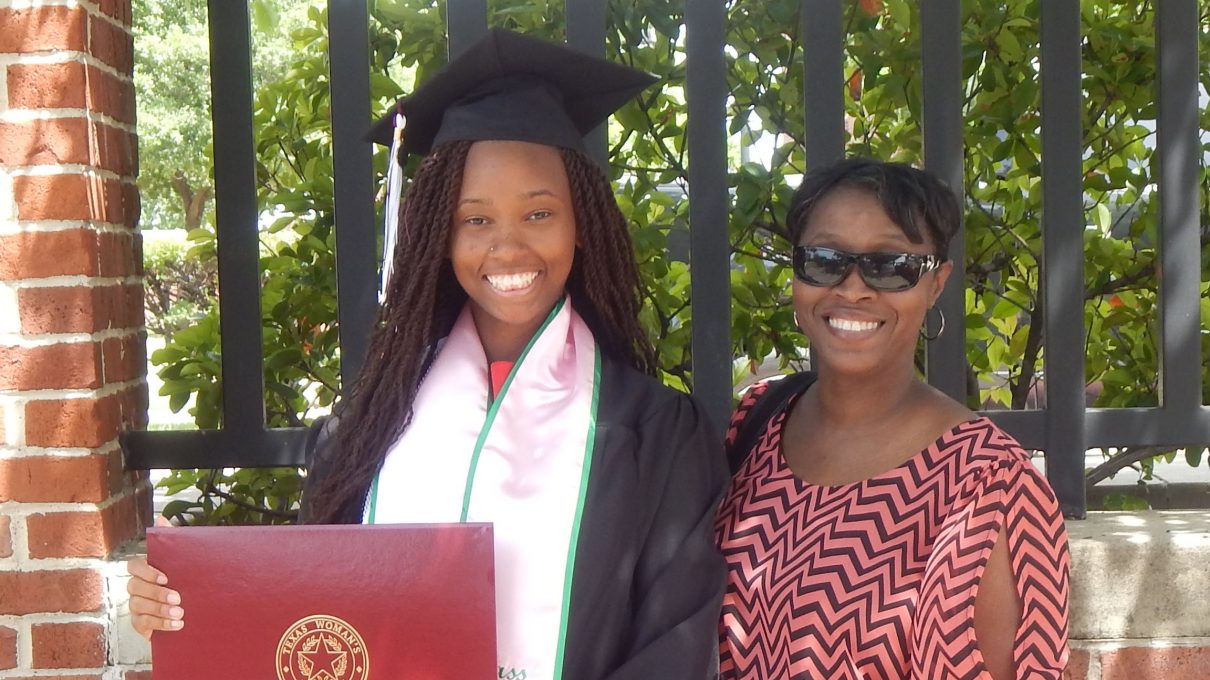 The first time my mother told me that she wanted to replace her teeth, I didn’t understand it. Sure, she has some smile issues, but I didn’t see anything major for her to be worried about. Since she couldn’t really afford the work, I thought she should forget it. But she didn’t. She spent months diligently researching dental grants for those with chronic conditions.

Then, one day, she told me she’d broken a tooth. “Well, if nothing else, I’ll finally lose some weight,” she joked. But not being able to eat didn’t seem very funny to me, so I asked her how it happened. Paraphrased, she told me that in addition to making her skin extremely dry, Sjogren Syndrome–an autoimmune disease that affects the moisture glands of the body, leading to symptoms from dry skin to chronic joint pain–affected her ability to produce saliva and put her at a higher risk for dental hygiene issues.

Suddenly, her obsession with her teeth–and the strictness with which she’d enforced daily brushing when my brother and I were kids–made perfect sense. But it was her next comment that floored me.

“That’s why I think I would feel better if I got my teeth done,” she said. “I can’t control any other part of Sjorgen’s, but if I could find dental help, I could at least control that.”

“I can’t control any other part of Sjorgen’s, but if I could find dental help, I could at least control that.”

And suddenly, I understood something new about my mother. In my whole life, I’d always known her to be a person who gave everything of herself to her job and her children, but I’d never really thought of her sacrifice.

My mother has always been a powerful force of love and compassion. She made sure my brother and I ate, even if it meant she couldn’t. When she passes people begging for money on the corner, she’ll give them her last dollar. I’ve never known her to not provide a listening ear to people in need, even if she never complains herself.

Yet, through all of this, my mother’s body has been eating itself from the inside.Beyond Sjogren Sndrome, her official diagnoses run the gamut from fibromyalgia to lupus to rheumatoid arthritis. On a daily basis, she deals with musculoskeletal pain, digestive issues exhaustion, and soreness. And yet, never once has she complained about it.

“Sometimes it’s easier not to say anything than to try and describe it, ”my mother says. But knowing what my mother is going through gives me new perspective on her vast reserves of inner strength and compassion.

Take hugging. Growing up, my mom’s love was demonstrative, not physical. She’d be more likely to cook us our favorite meal than give us a hug. I never gave it much thought, but now I know that for individuals with connective tissue disorders like hers, an unwanted touch can lead to pain intense enough to cause several days of discomfort. “Even something as light as clothes on my skin can hurt,” my mom tells me.

It explains a lot: hugging causes my mom pain. Even so, now that I live 800 miles away from her, she makes sure to give me a hug every single time I fly back to Dallas. It’s enough to make you cry at her invisible self-sacrifice.

For years, my mother struggled with chronic pain and ailments, but her journey to diagnosis began in 2008, with an unrelenting headache that was “so bad, it hurt to blink.” She struggled for months through the migraines and fatigue, doing her best to push through at work, as her primary care physician said nothing was wrong. It was only in 2014, when she developed nodules on her body from prolonged exposure to pain, that she was finally referred for an ANA test, where she came up positive for an autoimmune disease.

You might ask: why did she suffer silently so long? Why didn’t she go to other doctors? The truth is, she didn’t have much choice. As a working-class Black woman, there are many ways in which her suffering was pushed to the margins. As with anything, your experiences with chronic health conditions are defined by your financial bracket. Race and gender is also a factor: doctors perceive the pain of black women differently than they do white women, or even men.

When I see her, she’s always smiling… And I ask myself: Will I ever know how to be as strong as my mom?

Even if she’d been properly referred and gotten a diagnosis earlier, though, she couldn’t have really afforded the treatments. Although she had insurance through her position in the IRS clerical department, which she’d held for 30 years, the cost of raising two children led to a budget with no room for extra expenses, like co-pays.  And even now that my brother and I have graduated, her diagnosis often leads to sudden expenses she can scarcely afford.

Now that I understand what she goes through, my mom and I now spend a lot of time discussing how money could change her circumstances. How if she had just a little bit more, she could go see a dermatologist for her Sjorgen’s, or a trainer to help her build an illness-friendly workout routine. And above all, she wants those dental implants, which at over 3 grand per tooth might always be beyond her reach,

But still, when I see her, she’s always smiling. Despite the pain, and the lack of control, and the financial suffering. And I ask myself: Will I ever know how to be as strong as my mom? And will I ever make enough money to give her something truly to smile about: a feeling of control over her own health issues, after all she’s done for us?

I hope so. Because that would be the most beautiful smile of all.

Deborah Lynn Blumberg
Useful Resources
Do you know someone else who would enjoy this story?
Space, Time, and Turmeric

From Bone Disorder To NFL Bone Crusher
Don’t miss one more amazing story.
Every week, we’ll send a few of our favorite stories to inspire you.