As veterans have returned from two major post-9/11 conflicts in Iraq and Afghanistan, neurologist and researcher Dr. Dawn McGuire has cared for them. She has also long studied the types of traumatic injuries, including brain trauma, most commonly associated with combat veterans, and the impact of those chronic conditions on their acclimation back into everyday life.

In addition to her work as a researcher and physician, McGuire is also an award-winning poet who draws inspiration from her clinical studies and her patients. Her work emerges from a rich if relatively recent tradition of narrative medicine, in which physicians and caretakers learn and practice the inextricable links between caring for the sick or injured, and telling stories about health, illness, and wellness.

In her latest collection, American Dream with Exit Wound, published in early 2017 by independent publisher IF SF in San Francisco, she explores themes of hazardous materials and bodies as battlegrounds for soldiers returning home, and how, for returning vets, every day can continue to be war. “I use my poems as an act of imagination, to help myself cross the gap into their lives, to be of real use,” McGuire says of how she uses writing to further access the emotions necessary to her work as a clinician.

Her previous collection, The Aphasia Café, which was also published by IF SF and won the 2013 Next Generation Indie Book Award for poetry, similarly explored issues of self-identity, shame and redemption. Celebrated for her work rendering post-combat healing as poetic verse, McGuire will be reading from American Dream with Exit Wound at the 2017 Los Angeles Times Festival of Books in April.

She shared more about her work—her caregiving, as well as her writing—with Folks.

How did you come to work with veterans returning from Iraq and Afghanistan?

I’m a neurologist and researcher. I first started to see vets in my early training at the University of California, San Francisco, at the San Francisco Veterans Administration hospital. After 9/11, I became involved in traumatic brain injury (TBI) research and began to see vets who were referred to my free clinic for complex neurological problems—typically brain injury with post traumatic stress disorder (PTSD) and often addiction. They needed more attention than was possible in the medicine-as-business model. I support myself with research, so I have the blessing of being able to practice medicine without insurer [and other related] constraints.

What do you think those who don’t know veterans personally or aren’t personally impacted by these wars misunderstand about the servicemen and –women returning from battles overseas?

It’s easy to misunderstand silent suffering. Who really lives in their world once they return? Their squads are scattered, and they are expected to assimilate immediately back into a culture for which they have sacrificed more than their bodies.

It’s easy to misunderstand silent suffering. Who really lives in their world once they return?

They also sacrificed, in many instances, the core values and principles they were raised with. They may have committed acts that would be moral atrocities in a civilian context. There is little or no appreciation of the psychic splits that occur because of this, the disintegration of the sense of self. There needs to be, as a given, counseling, training, and ritual—as there was in boot camp to create the warrior mentality. There needs to be a boot camp for their restoration and re-creation, run by healers.

There’s such a rich tradition of medical professionals and healthcare workers—everyone from Walt Whitman to Atul Gawande—writing about their work, their patients, and their perspectives on health, healing, and wellness. Who has inspired your work, and in what ways? 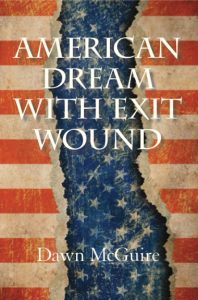 I went to medical school at Columbia University, the birthplace of narrative medicine (albeit a decade after I graduated). But of course, the atmosphere that enabled Dr. Rita Charon to found the first program in narrative medicine was already in place when I was there. Personal involvement, and striving to empower compassionate care, were rewarded.

The program at Columbia, founded in 2000, states: “The care of the sick unfolds in stories. The effective practice of healthcare requires the ability to recognize, absorb, interpret, and act on the stories and plights of others.”

The other visionary of narrative medicine is Dr. Rachel Remen, at UCSF, where I trained in neurology after Columbia. So it has been the validation of my practice, against the grain of medicine-as-business, that has inspired and empowered me.

Is there a specific poem in American Dream with Exit Wound that has an especially evocative backstory?

About a third of the collection has to do with vets, addiction, or both. I don’t have any identifying details in my poems to protect patients whose backstories may have gotten me writing. The most powerful, to me, is the title poem, in which the iconic ancient warrior Achilles is a junkie. His hyper vigilant lover is looking for signs that he is using, as any addict’s loved ones tend, painfully, to do.

In your last poetry collection, The Aphasia Café, you wrote about a different sort of symptom set and how that condition manifests in the mind and body. How did writing about war wounds and PTSD differ, but also, how do you see the two as similar?

The Aphasia Café had many poems concerned with the breakdown of language as a symbol system, after stroke, for example. American Dream with Exit Wound deals with another kind of language disruption. Physical and emotional pain defy language, defeat it. The vets I see speak in monotones and monosyllables. Besides medical treatment for their neurological problems, I try to make a space in which their stories, in their multiple dimensions, can be conveyed and, in the best outcome, their sense of agency restored.  It takes time and trust.

It’s in the literature of vets themselves, their own stories, that I believe there is the greatest hope.

What gives you hope when caring for this generation of veterans? In the same vein, how do you view the role of literature in providing hope?

It’s in the literature of vets themselves, their own stories, that I believe there is the greatest hope. Narrative is strong medicine for these complex and marginalized soldiers. It can break into silence, [what I call] their solitary confinement. It can make real connection imaginable again.

Buy a copy of  American Dream With Exit Wound here. 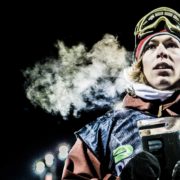 How The 'Tony Hawk' of Snowboarding Learned To Love His Brain Again After Injury
Brooke Knisley
Madness, Medication, And Music Fighting Cancer In A Country Without A Word For It
Don’t miss one more amazing story.
Every week, we’ll send a few of our favorite stories to inspire you.
Send this to a friend
Scroll to top