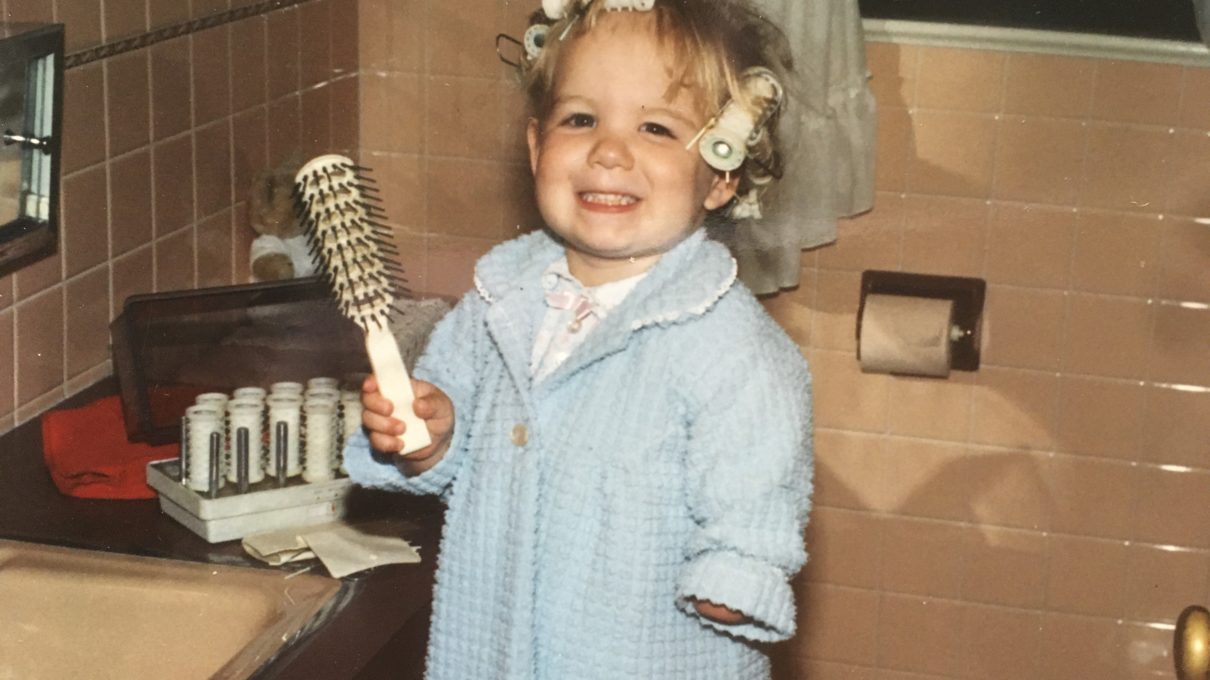 I was a surprise to my parents. While my birth was anticipated, my appearance was not. My left arm had never finished growing, ending in a rounded stump just below my elbow.

Amniotic band syndrome is a condition wherein the amniotic sac can develop strands that then entangle digits, limbs, or other parts of a developing baby. In my case, a strand constricted my left forearm, causing the radius and ulna (forearm bones) to grow into each other, stunting growth. The condition is rare: I was one of only 1500 U.S. babies born with an upper limb difference that year.

From birth, doctors told my parents I should be fitted for a prosthetic as soon as possible. My parents wanted to do what was best for me, so at six months, I began my first of many out-of-state consultations. The process involved going in for an assessment and plaster mold of my arm, then returning a few weeks later to be fitted with the custom prosthesis. Every four to six months I would outgrow my prosthesis, and a new round of visits would ensue.

Though my doctors were adamant I needed a prosthetic so I would grow up thinking of myself as a two-handed person, my parents wanted me to experience life both with and without a prosthesis…

But though my doctors were adamant I needed a prosthetic so I would grow up thinking of myself as a two-handed person, my parents wanted me to experience life both with and without a prosthesis, so that when I was older I could make an informed decision about what benefitted me most. Which was good, because even at a young age, I had opinions. As a baby, I would be happiest crawling without my prosthesis; the second it was fitted to me, I’d sit stock still and allow the weight of the prosthesis to slowly drag me to the floor, lying motionless there until it was taken off.

People who have never had to wear a prosthetic–which is most people–don’t really have a good understanding of how they work. They aren’t just like robot hands. Instead, they work through a series of cables attached to a shoulder strap. To open the hand or hook, you have to reach your arm all the way forward, creating tension in the cables. To close the hand, you retract your arm, releasing the tension.

This system makes prosthetics clunky to use, to say the least. For example, picking up objects close to you is nearly impossible without backing away from the object. The wrist of a prosthetic doesn’t move either, and the fingers are stuck in a “pinching” position, severely limiting dexterity. There’s also the fact that you can’t feel anything through a prosthetic, which may not seem like a big deal, but ask yourself how often you pick up things using only touch? Did you actually watch your hand pick up your mug of coffee, or did you just reach for it blindly?

These are just some of the reasons why, even from an early age, wearing a prosthetic to me just seemed so much clunkier than going au naturale.

Even from an early age, wearing a prosthetic to me just seemed so much clunkier than going au naturale.

By the time I was 7, I had had enough. I fought so hard that my mom made a deal with me. I was a candidate for a study that would let me try a myoelectric prosthetic for the first time. Rather than pulleys and cables, myoelectric prostheses use the muscles of a partial limb to trigger sensors fabricated into the prosthetic socket to control the movement of the prosthesis. My mom told me this was the best prosthetic technology available and I should try it. If I still didn’t like it, I didn’t have to wear prostheses anymore. I agreed.

So in the summer of 1994, I and about seven other kids were fitted with our new myoelectric prostheses and embarked on a week long journey as test subjects. All the tests were cleverly disguised as games, and the only rule was that we had to use our prostheses for every task. But I struggled.

I remember one game where we went to different rooms in the hospital and had to find a hidden teddy bear in each room. Being highly competitive, I remember being annoyed that I was one of the last kids to find a bear. It didn’t dawn on me until later that the bears were all hidden in places that required us to use our prosthetics: behind a door, under a chair, in a cabinet, etc.

It just so happened that my birthday fell during that week, so the therapists threw me a birthday party as part of the study. Thanks to Charlotte’s Web, I was obsessed with pigs at the time, so one therapist painted a pig on a piece of posterboard and we played “Pin the Tail on the Pig.” The therapists did a great job of making everything fun, and after I managed to stick the tail on the pig with my new arm, I begrudgingly admitted that the myoelectric was a huge improvement over my old prosthesis.

At the end of the study, we were taken to an indoor play center like Chuck E. Cheese. We were led through all the different play areas–climbing, exploring, and jumping–and told we could do anything we wanted, as long as we used our prosthesis. The thing I remember most about this day is the zip line. I watched as the other kids grabbed the bar with both “hands” and glided down, but when it was my turn, I just stared at the bar. I didn’t know what to do next. Despite knowing the mechanics, my brain literally could not figure out how to accomplish this with the prosthesis. But I knew exactly how I would do it without one.

In that moment, I knew what I had been feeling all my life: no matter how advanced, prosthetics aren’t for me.

In that moment, I knew what I had been feeling all my life: no matter how advanced, prosthetics aren’t for me. Over and over, in every task, I had to pause and mentally struggle to figure out how to accomplish what I needed using the prosthesis. But the moment the prosthesis came off, I could do tasks quickly and with little thought at all.

At the end of the week, each kid sat down with the therapists for a closing interview. To their complete shock, I said I didn’t want the prosthesis. They said I was one of the most adept with the myoelectric and they couldn’t understand why I didn’t want it. I tried my best to explain, but in retrospect I don’t know if they could understand. After all, they all had two hands.

The myoelectric was my last prosthesis. Since then, I have learned how to knit, shoot a shotgun, play softball and basketball, and play the piano and guitar–all one handed.

For those who love their prosthetics, I’m glad–if I were to lose the arm I have, I would certainly sign up for a prosthetic in a heartbeat. But having ‘just’ one arm was never a problem for me. That is how I see and navigate the world, and I’m proud of it.

I am infinitely grateful to my parents for never trying to make me see myself as something I wasn’t. They never made me wear a prosthesis to look or feel “normal.” Instead they presented it for what it was: a potentially helpful tool that I could choose to use, or not. I’m confident in my ability to navigate the world with one hand because my parents didn’t succumb to “two-handed thinking.” Rather than being hung up on the “right” or “normal” way of doing things, they looked at each scenario with fresh eyes and said, “There has to be another way to do this.”

And they were right. 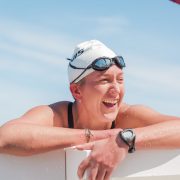 I’m Afraid Of COVID-19. It’s Already Killing People Like Me.
Don’t miss one more amazing story.
Every week, we’ll send a few of our favorite stories to inspire you.
Send this to a friend
Scroll to top