No Shame In Her Scars

After three bouts of cancer, Koco Powell lives her life as an "open book" to help raise awareness in others.
breast cancercancer 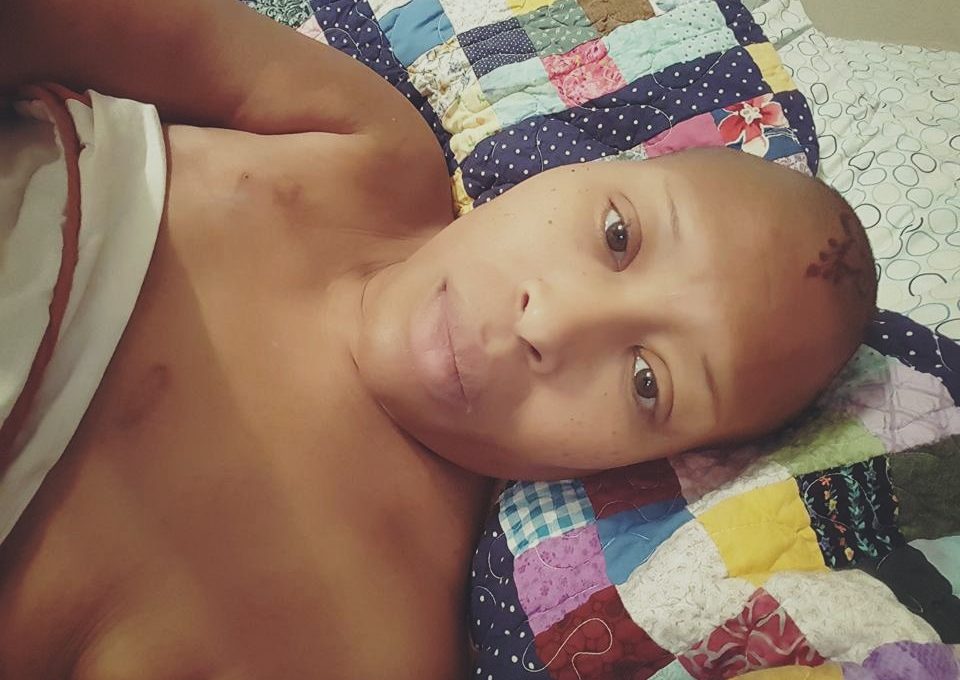 On the morning of my telephone interview, Coqueace “Koco” Powell, couldn’t rev up enough energy to engage in a conversation about her five-year journey with breast cancer. She’d been up all night wrestling in discomfort at her Rockwall, Texas home. In addition to insomnia, she is riddled with the pain of neuropathy in her limbs, a side effect of cancer drugs.  Getting out of bed is draining.

About four hours later, we reconnect, but she’s still not feeling well. She can’t focus, so she asks for more time.

“I’m not myself, right now,” she says with a raspy voice.

A few more hours later, she is back to doing what she does best: speaking openly about the trials and triumphs of going through a vigorous cancer treatment regimen. 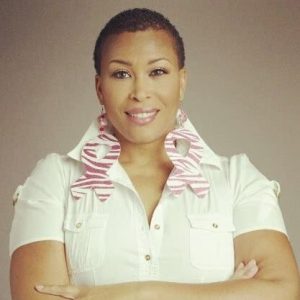 She shares every detail about her journey via social media and to whomever wants to listen. She talks about, and even shows photos, of her disfigured chest and burned skin—a permanent remnant of cancer.

Her chest has been a battlefield. She refers to the scars there as “tracks of war.”

Cancer first invaded her left breast in 2011 when she was 36. She had a double mastectomy, doctors removed 19 lymph nodes, and reconstruction implants were placed.

Thousands of followers on Facebook prompted her to inspire them to take charge of their health before problems get out of hand. When doctors discovered her cancer, it was at stage 3.

She garnered the following after advocating for early detection Susan G. Komen ads and as a panelist at various breast cancer awareness conferences. Komen is a global organization charged with advocating breast health and screenings, community outreach, cancer research, and bringing financial support to women with breast cancer.

Powell glows and professes to continue beating cancer, all while wearing a bright smile, flawless makeup, her signature big ribbon-shaped earrings and a nearly bald head.

The former makeup artist and TV personality doesn’t wear makeup everyday, but when she’s feeling well, she likes to glam up and snap a selfie. Other times, she posts professional photos, most of which display a breast cancer awareness theme.

She also offers up inspiration to her audience to get a mammogram and not take their health for granted. Powell is loving and kind in her approach—never bitter. She’s joyous and thankful when she announces she’s in remission.

But she admits there have been times when she wanted to give up.

Last year, the cancer returned for the second time. It was at stage 4.

She’s in remission again, but said she understands the survival rate at this stage is much lower. The chances of recurrence is likely.

Powell first found a lump at 36 during a self exam. 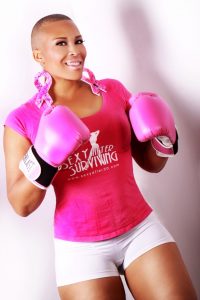 “I kind of freaked out by the lump,” she recalls in a testimonial. I don’t have any money. I don’t have insurance. I don’t know what to do.”

But a doctor referred her to a resource that would ensure she received care through a Komen grant– a program that funds low income and uninsured women’s diagnostic testing and treatment.

This began a long arduous journey that rocked her both physically and emotionally. She started a very aggressive chemotherapy regimen. In addition to the surgeries to remove her breasts and lymph nodes, she’s also had a complete hysterectomy–a result of the cancer drug Tamoxifen, which aggravated past gynecological issues.

This surgery was another blow to Powell, who is not married and has no children. While she regrets nothing, she admits she wishes she had the opportunity to have a family.

Powell takes eight pills a day and will undergo chemotherapy indefinitely. It’s a daily routine for 14 days, and then she gets a break for seven days. The cycle repeats.

Her treatments has riddled her hands with neuropathy. She keeps paper cups and plates to avoid breaking dishes, since she drops them because she loses a grip. She avoids driving, because her feet also are affected. The pain and swelling of neuropathy make her size 11 shoes too tight.

Her energy level is low and she experiences nausea and insomnia. Putting sentences together or holding a conversation without pauses is commonplace.

“It’s different everyday,” she says. “It just depends if I’m on chemo that week. I don’t like laying around, but sometimes I just can’t get up. I push myself to do it as much as possibly can. Believe me, I do.”

Powell, who used to live in a gym, is up to about 230 pounds, thanks to being sedentary and on steroids. She’s developed high blood pressure–a condition she’d never had to deal with before. For accountability, said she’ll  talk about this struggle on social media to push her into becoming a fitness enthusiast again.

In the meantime, she’s unemployed and was declined for disability payments, so she relies on the help of family and generous friends. Powell, a military veteran and self-described strong woman, still exudes confidence through the pain. She focuses on her survival daily, not getting distracted by petty things she feels do not matter. 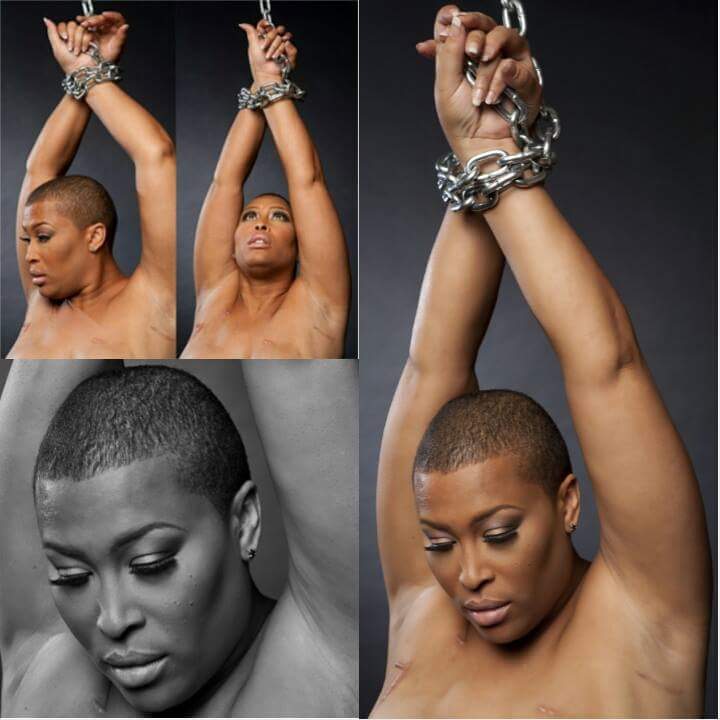 No shame in these stars.

Powell doesn’t go on speaking engagements as often these days. Her treatments usually keep her from being as active, but she continues to update followers on Facebook, usually with updates about her condition and reminders to take charge of their health. She speaks about her religious faith often, which she attributes to her survival.

She gets feedback, prayers, and notes about how she helped followers take control of their health. When women are diagnosed with breast cancer, they confide in her.

She loves playing the role of a virtual cheerleader. However, it sometimes bears a heavy weight on her shoulders.

“Now other people are basically living because I’m living,” she says. “They fight hard because I fight hard.”

She adds, “At first I didn’t think I was motivating people and I became more selfish with it. I wasn’t sharing as much. But after a while, I realized many women are going through the same thing and they need (the motivation) just as well.”

Not all of her outreach is sugar-coated or cloaked in pink rhetoric. Sometimes, she is blunt and to the point. Her goal is to get women to the doctor for annual checkups and mammograms as soon as it is recommended. She reminds them to stay in tune with their bodies. After describing the ugliness of cancer, she sometimes adds “you hear me?” or “cancer ain’t cute” to her posts.

“There are a lot of women who will buy make up, get tummy tucks, extensions and lace front (wigs), but they won’t go to the doctor,” she says. “To me that’s a little weird. You’ll spend money on that but not the doctor–so busy making sure the outside is looking good.”

Being uninsured is no excuse, she says, referring to the Komen grants, other programs, and free annual checkups. 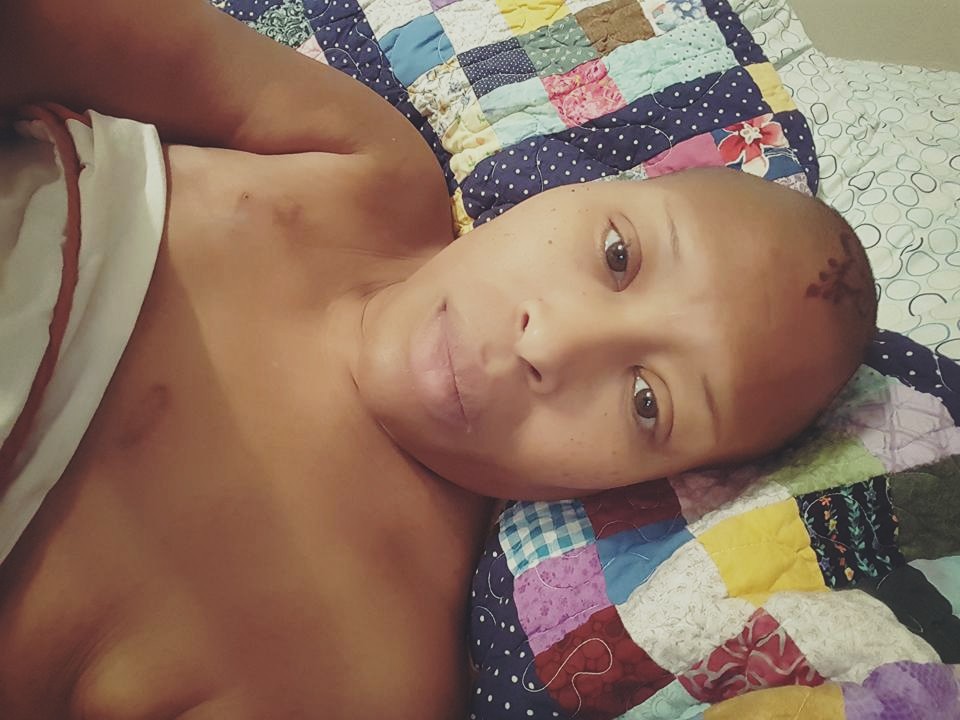 “African American women under 40 are at a high rate right now,” Powell says. “Some of them are dying because it’s (diagnosed) so late.”

Regardless of her health status, Powell wants to continue educating women. She wants them to be more open about their experiences so they may compare notes and potentially help doctors improve treatment or even find a cure.

Powell is overwhelmed by the support from her family, friends and followers. She tries to pay it forward each day. She feels blessed to be a vessel of hope, love and kindness.

“Everyday is not perfect but I have to keep thinking about my purpose,” she says. “God put me on this Earth to give to people, period.” 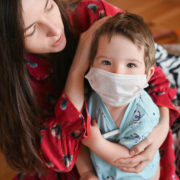 Ask Ada: My Friend Has Been Lying About Exposing Us To Coronavirus
Ask Ada
Breaking The Cone Of HIV Silence

The Human Faces Of Mothers Coping With Addiction
Don’t miss one more amazing story.
Every week, we’ll send a few of our favorite stories to inspire you.
Send this to a friend
Scroll to top