At Common Roots Farm, the vision is simple: to create an inclusive, accessible community where anyone can find meaningful, purposeful work, no matter their abilities.
autismceberal palsydisability 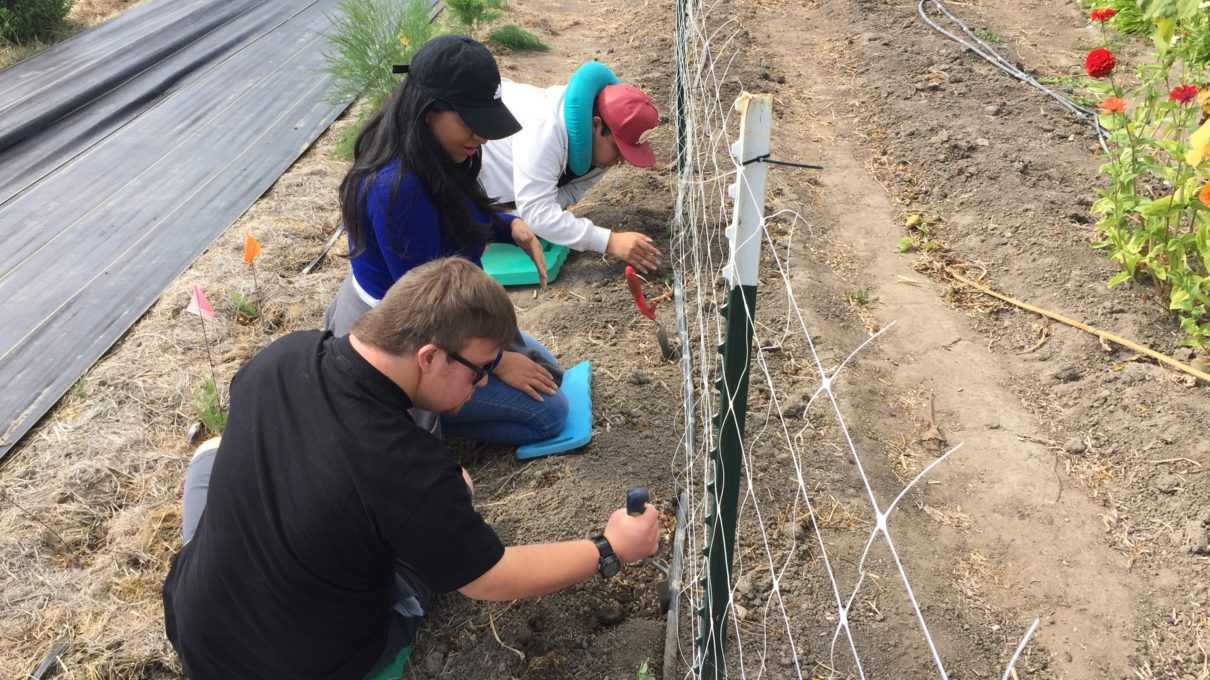 Heidi Cartan knows what it feels like to teeter on the precipice, to peer into a dark unknown. It’s a familiar sensation for parents of grown children with disabilities.

“Parents refer to it as falling off a cliff because the structure of your child’s life—their education, their social life, friends, all of that—is built around attending school,” Cartan says. “And when school stops, all of that ends.”

Cartan’s oldest son, 24-year-old Noah Habib, has cerebral palsy. He’s legally blind, nonverbal, and requires a feeding tube for nutrition. As he neared California’s cutoff age of 22, Cartan and her husband, Philippe Habib, knew they wanted something better for him than the limited and underwhelming options that were available. They saw this juncture as an opportunity to create the long-term future they wanted for him.

“The question as a parent is always, ‘How is a child who is going to have some degree of dependence his whole life going to manage without you?’” Cartan explains. “I knew a lot about what I didn’t want for him and had an emerging idea of what I did want for him.” That vision entailed a lifelong home where he could age in place, an inclusive community where he’d build relationships, and the opportunity to contribute to society in a meaningful way.

The solution? Teaming up with nine other families in California’s Bay Area to create a sustainable farm that offered work and volunteer opportunities for people of all abilities, alongside a small development of houses—a “pocket neighborhood”—where their disabled children could live permanently.

A Farm For People With Disabilities, Started From Nothing

The spot they chose was right outside of Santa Cruz, where they bought  a farm that is just one mile from the bustling downtown but feels worlds away. Bordered on one side by sprawling forest and on another by a lush creek, the parcel had been farmland of one sort or another for more than 100 years, but its fields were fallow when Cartan and the others arrived. There was no irrigation system, no fencing to keep out the plentiful deer population. All that remained on this historic farmland were thickets of tall weeds.

But when the parents looked out at the dormant parcel, they saw a place where their children could thrive for the rest of their lives; a place that would embody inclusivity. They named it Common Roots Farm.

“We started from nothing,” says Cartan, who took the helm as the director of the nonprofit farm.

Equipped with a master gardener’s knowhow but no real farming experience, Cartan transformed the neglected plot into a small, thriving farm. Across three acres, Common Roots now grows a dozen different vegetables, strawberries, raspberries and 25 varieties of colorful cut flowers—all while adhering to strict ecological practices like cover cropping, low- and no-till farming, soil building and biodiversity enhancement. She does it all with the help of her dedicated farm manager, Nina Vukicevic, whose first year with the farm has required navigating a pandemic and historic wildfires.

Unlike some of the special needs farms that Cartan admires, Common Roots is a real, working farm—one that happens to accommodate and welcome farmers of all abilities.

“This approach means people with and without disabilities are working the land side-by-side to grow healthy products for our community,” says Cartan. “We think of people with disabilities, like my son, as the recipient of other people’s charity exclusively but I really believed strongly that if the circumstances and environment were right, that he could make a contribution and he could have purposeful work and do something that matters to everyone else.”

Finding Purposeful Work For Everyone

There are a variety of ways individuals with disabilities can be a part of the farm, from employment and paid internships, to volunteer work and visitation. As Common Roots puts it, it’s a farm not just for everybody, but every body.

Culturally and physically accessible, its hydroponic greenhouse is fully usable via wheelchair, with a raised-bed system so folks with physical impairments can propagate seeds or harvest greens and herbs. The furrows between the garden beds out in the fields are wider than usual, to help everyone stay off of the crops. And those with more severe disabilities can work with the same plants in the “Seed to Salad” outdoor garden, which has raised roll-under garden beds and a wheelchair-accessible surface.

Even the planting plan keeps everyone’s wide range of abilities in mind: nearly half of the farm’s production is in cut flowers, which—in addition to being high in value and pollinator friendly—are a natural fit for farmers with intellectual disabilities, who may have a harder time learning the food safety rules required to handle edible crops.

The goal is to “have people with disabilities be increasingly responsible for participating in meaningful ways—not token ways—that get the endless work of a farm done,” Cartan says, “Because there is a lot of it.”

Whether it’s washing cell trays in the greenhouse, adding compost to planting beds, harvesting tomatoes, or making flower bouquets, she sees every step as equally important. Part of her job is matching everyone’s skills, interests and abilities to the farm. Her son, Noah, enjoys filling seed trays for sowing and pots for transplants, for example, and has lately been helping pack up tomatoes and peppers for CSA boxes. His friend Ryan Navarro Russ, who has Down syndrome, prefers collecting eggs, watering the hedgerow and washing buckets and tote bags. The farm’s intern, Matthew Shumaker, who has a developmental disability, loves power tools and has a special penchant for weed whacking.

There is still more to be done before Cartan and the partner families realize all of their ambitions: an accessible perimeter pathway is in the works, and there are hopes for a barn in the near future. But their vision is quickly taking shape. Construction is nearly complete on the 10 homes that make up the pocket neighborhood, which has been named Coastal Haven. Nineteen of the available rooms will house individuals with disabilities, and the rest will be available for rent by the Santa Cruz community. Residents are scheduled to move in come spring, bringing the dream of a truly inclusive farm neighborhood to fruition. 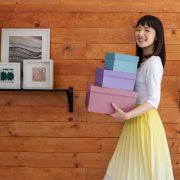 Is Marie Kondo and KonMari Compatible With Chronic Illness?
Angie Ebba
Immigrants In Health Care Get The Job Done

Ask Ada: Quitting Smoking Again During COVID
Don’t miss one more amazing story.
Every week, we’ll send a few of our favorite stories to inspire you.
Send this to a friend
Scroll to top