When one person in a relationship struggles with their mental health, their partner suffers too.
OCDpregnancy 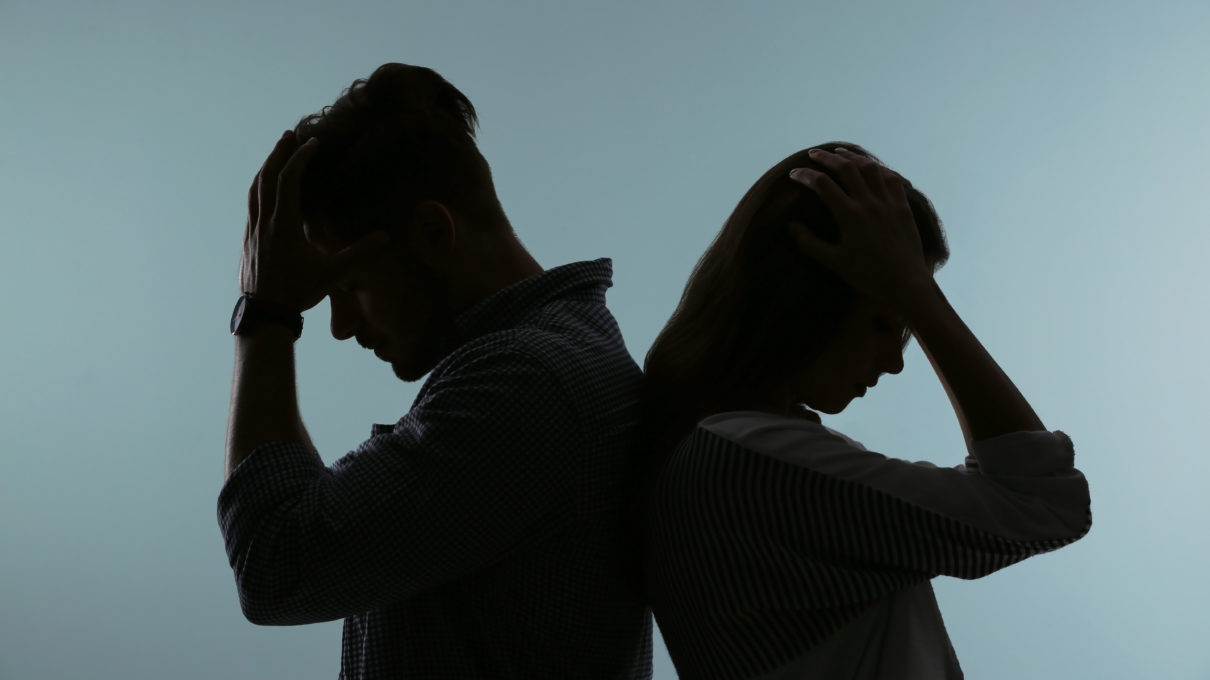 A week before I gave birth to our daughter, my husband watched me kneel on the floor, heavily pregnant, and clean two bathrooms with a timer. I could barely breathe. He could barely conceal his worry. When I finally put away the half-empty bottle of Lysol and threw the last paper napkin into the trash, he told me gently: “This is not normal.”

I said nothing. Even as he talked, my thoughts drifted to our footprints on the wet tiles where we stood. I imagined germs crawling out from the toilet bowl. With each passing moment, my heart beat faster.

My relationship with cleaning is what a friend called a madness. In Indian homes, cleanliness was spiritual. Floors were regularly swept and swabbed. Everything came with a code; hands were to be washed before and after eating, no shoes while indoors, bathroom waste never found its way to the kitchen. By the time I turned twenty, the rituals of my childhood became a part of me. And although my friends constantly poked fun of my fear of dirt, no one confronted me the way my husband did.

By the time I turned twenty, the rituals of my childhood became a part of me. And although my friends constantly poked fun of my fear of dirt, no one confronted me the way my husband did.

No one voiced concern.

I saw cleaning as discipline, a comfort. I carried bottles of sanitizer in all my bags, rubbed elevator buttons and railings with wipes, and frequently cleaned our phones, remotes, iPads, and computers. The day our toilets overflowed, I couldn’t breathe. I’d used half a bottle of Lysol to spray down two whole toilets—switches, handles, tiles, shower heads, commodes, faucets—and I frantically scrubbed our hard-wood floors where the plumbers had walked in when they came to fix the leak. When I sat opposite my husband that evening, promising that I’d talk to a psychiatrist, I felt I’d been exposed.

Until then, my life was a museum of things I did not touch. Suddenly, the museum had an intruder.

A week before I gave birth, we sat down at the psychiatrist’s office. I’d been here many times before, slumping into the black chair, staring blankly at the cabinet behind her. Nothing moved. The air always felt heavy with tension. She asked him about my behavior, my moods, my routine. Finally, she asked him the one question I dreaded.

“Do you think she obsesses over things?”

I forgot what he said but I remember the look on his face as we sat opposite each other at the dinner table, his eyes searching mine. I spent a few minutes googling and looking up the many definitions of Obsessive-Compulsive Disorder (OCD) and then rattled off the symptoms and defending myself against the diagnosis. My husband sat back, exhausted. “I don’t know why you’re fighting this. You’re in denial.”

My husband sat back, exhausted. “I don’t know why you’re fighting this. You’re in denial.”

I was referred to a talk therapist, someone that, my psychiatrist explained, who would be able to talk me through this. Even as she muttered the words, I could sense her unease. I hadn’t told my husband what she had told me the many times I sat in her office. I repeated stuff, I fiddled, I went over details over and over again.

Trivialities, she called it. The little things.

I wanted to tell her these words reminded me of another time and place. Fifteen years ago, when I was an undergraduate majoring in art and graphic design, the class was assigned a task to ‘steady’ our hands. On sheets of paper, we were to draw 2mm lines and paint in-between them with Indian ink. Every mismatched, uneven painted line would warrant a re-do. The tough part was repetition, my professor explained, but doing it over and over again helps with perfection. I’d sat in my dorm room for days sketching, painting thin lines in black ink, tearing sheet after sheet until I got it right.

I aced the exam.

A decade later, I began to find comfort in the constant. The invariable. My husband was the opposite. He loved the challenge, the untangling of chaos. A job in finance suited him perfectly. I spent a good part of the ten years reporting stories. I loved details. The Little Things. When we married, I didn’t feel like I did anything out of the ordinary.

The talk therapist would later refer to this an addiction. When I scoffed saying that it was a bit of an exaggeration, she leaned forward and said calmly, “That’s what addicts say.”

Her words played in my head over and over again, a movie reel of memories. When I gave birth, I’d dragged myself in and out of bed, battling severe postpartum pain, to shower. I couldn’t wash my hands without gripping the sides of the sink. My husband insisted he help me. That it was okay. “You just gave birth, bleeding is normal.” But I hated the feeling of blood staining my sheets. The constant diaper changes. We argued, throwing words at each other in frustration, sleeping out of exhaustion.

The talk therapist recommended a book called Brain Lock, the bedside bible written by Jeffery Schwartz for the millions of Americans with the disorder.

I ordered it off Amazon and ripped open the package as soon as I saw in my mail. It was a book that meant to help people with OCD alter their brain chemistry. But I began to flip through and find a chapter on relationships.

Surely, other couples found a way through this.

My husband and I met in India, surviving long-distance, international visa troubles, and fought against all odds to be together. We had no secrets. Thinking about cleaning is what I considered a quirk. The way he disliked using two different brands of shower gels at the same time, or the way he played on cell-phone to de-stress. Rubbing things down was mything.

The book called it a shared sickness, an anomaly that can become burdensome to both partners. I didn’t find this revealing—surely self-help books say all sorts of things.

The therapist offered an idea. “How about we start with something small?” She sounded like a politician, trying to win my vote. I imagined her saying the same words to others like me, who sit in her office confused, defiant, distressed.

We agreed. I would stop sanitizing one item.

No sooner had I told my husband this in the elevator than he lunged forward, holding my finger down on the elevator button. Touch the whole damn button with your fingers! I yelped and pulled away horrified. Later, I stood in the bathroom washing my hands over and over again, hoping to scrub off the burning feeling I felt at the tip of my index finger.

Where do obsessions begin? Or end? I didn’t know. What I knew, even as we sat on the couch flipping channels, was that an obsessive mind can feel like a cauldron of despair, frothing, bubbling, overflowing. I emptied my mind in our home; wiping away my fears constantly. This one time, I ignored it and held his hand tight, and the anxiety ebbed.

“You know. When it affects you, it affects me too.” He said, his tone defeated. “You are not in this alone.”

“You know. When it affects you, it affects me too.” He said, his tone defeated. “You are not in this alone.”

Those words would come back to me whenever I held our baby girl, watching her drool at the sides of her mouth. Or when he spilt coffee on the floor.

When he left for Costa Rica a week ago, I began a new ritual. I told myself that I’d sit still until the voice in my head calmed down, till the screaming inside fizzled into a whimper. For two days, I sat in front of the TV remote. It sat there, this blissful black object. I ached to sanitize it. The anti-bacterial wipes were in the cabinet beneath the sink.

I stared at the markings on its side. The fingerprints on the polycarbonate. My husband’s, and mine.

I sat back in the couch and stared until the panic ebbed and my lungs filled with air again. It took a whole hour. But hey, I told myself, I’ll start with the little things. 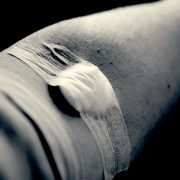 Girl’s Got Guts
Don’t miss one more amazing story.
Every week, we’ll send a few of our favorite stories to inspire you.
Send this to a friend
Scroll to top