Paintings Everyone Can See, From An Artist Who Can’t

When Japanese-Mexican artist Shino Watabe lost her sight, she thought her career was over. But then she realized there were other ways to see.
blindblindness 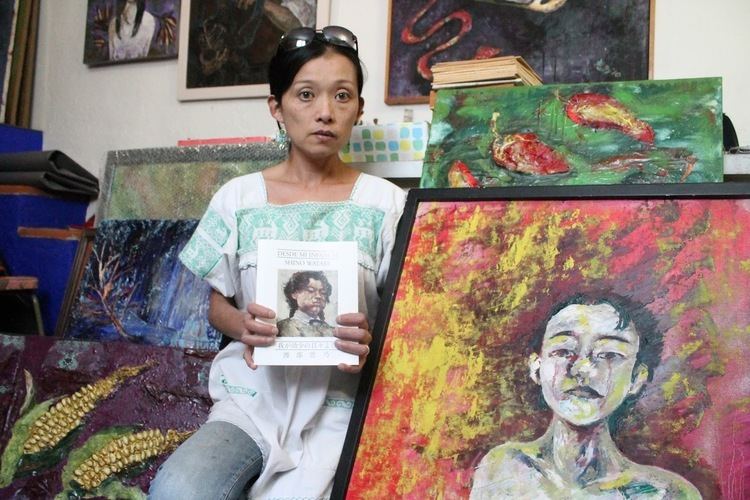 Most museums have a strict rule: Stand back from the paintings.

But a new Mexico City exposition entitled ‘Journey of Dreams’ challenges viewers to do just the opposite.

The exposition by Japanese-Mexican artist Shino Watabe, which will be held this weekend April 6th and 7th, invites visitors to explore a series of paintings with their senses alone, coming to know trees, plants, bicycles and other objects through the raised texture of the bold-colored works.

“We impose limits on our own selves,” says Watabe. “If we get rid of limits on ourselves, (unexpected things) can become reality.”

Watabe’s objective is twofold: To allow visitors to experience what it’s like not to see, and to enable them to develop their sensory capabilities.

Watabe’s objective is twofold: To allow visitors to experience what it’s like not to see, and to enable them to develop their sensory capabilities. Some paintings are infused with mandarin peel and flower aromas, and visitors have the option of using a blindfold as they make their way around the roughly 50-piece collection.

But while the exposition helps reimagine the interaction between onlookers and art, its provenance also comes from a more personal experience: Watabe’s own struggles going nearly blind.

Attracted by Mexico’s muralist tradition, the now 49-year-old artist left Tokyo when she was 17 and began studying oil painting at the National Autonomous University of Mexico’s school of plastic arts.

Years later, however, she lost her vision “from one day to the next.”

“I had no knowledge about disabilities,” she recalled. “I was paralyzed by shock.”

Around 2008, Watabe was interned at various hospitals, received a misdiagnosis, and underwent an unsuccessful operation before later finding out her lack of sight was the result of optic nerve atrophy, which is the degeneration of the cluster of nerves that carry information from the eye to the brain. A neurologist also revealed a hard truth: The condition has no effective treatment.

“I couldn’t even go to the corner store near my house, or take out the trash when the garbage truck came,” she recalls. “I said, ‘how do I survive?'”

Beset by anger and “total denial,” she also refused to use a walking stick and constantly crashed into objects around her.

“I said, ‘Someday I will see again, I have no disability,'” she said.

It was around that time, however, that two separate events inspired her to accept the circumstances and become a source of inspiration for others.

First, she returned to painting. Beginning with relatively simple crafts, she discovered she was still capable of making art by relying on the use of textures: One of her first projects, for example, involved flowers made out of paper, which she then glued to wood and painted over.

“I do not want to call it therapy, but it was a therapy,” Watabe said, adding that she is still able to distinguish primary colors. “I think art was a key to being able to get all that out.”

During her first exhibition after she lost sight, she also sold two works.

“I said, `I think this is a message from destiny because I had already left painting behind,'” she noted, saying that for many years prior she had been working in an office to make ends meet.

Then, as Watabe began to navigate the world of the blind, another moment gave her hope. She was invited to participate in a bike ride held by the Mexican nonprofit Journey for the Blind, which takes people with disabilities on bike rides through the capital.

When she eventually mounted a bike and felt the fresh air though, she knew she was not dreaming.

“All the things that I thought were impossible, are highly possible, even bike riding,” she said. “That was when my life changed a lot. I said to myself, `the people who can’t see do so much,’ and I can see still see some things and I’m killing myself over this.”

It was that revelation that gave Watabe inspiration for her current exhibit, `Journey of Dreams.’

After the artist found out the nonprofit was in financial straits, she volunteered to paint works and donate funds from the works, which often depict improbable scenarios such as a dinosaur on a bicycle.

“Within art, even a dinosaur can ride a bike,” she said, noting that her own life experience wasn’t too different.

The message, Watabe says, is that disability is not a barrier.

Watabe says that disability is not a barrier. “I think it’s an engine that makes us stronger.”

“We can become disabled at any time, like I did, so (this exhibit) is to help society become more sensitive not only toward disabilities, but also with diseases, syndromes,” she said.

“I think art is a tool to unite us and help us think about another person, not only me, me, me.”

‘Journey of Dreams’ will be on display at the Japanese-Mexican Association in Mexico City on April 6 to 7th. 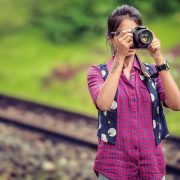 Ask Ada: Will I Ever Feel Normal Again, Post Illness?
Don’t miss one more amazing story.
Every week, we’ll send a few of our favorite stories to inspire you.
Send this to a friend
Scroll to top