Paralyzed by Multiple Sclerosis, A Writer Dictates His Novels

Acclaimed writer and guitarist Anthony Weller has been paralyzed from the neck down since 2010, but continues to pen novels by dictating to a live typist.
multiple sclerosis 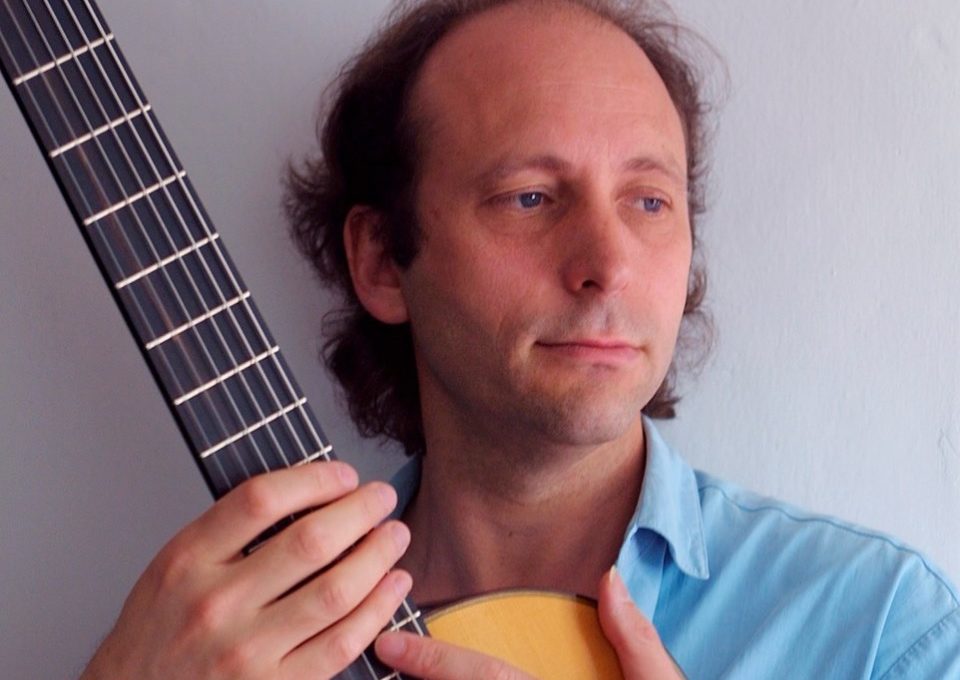 For two hours a day, Massachusetts-based writer Anthony Weller lies on his back, stares at the ceiling, and dictates to a typist the fictional “memoir” of Lorenzo Da Ponte, an 18th-century Italian librettist who collaborated with Mozart. Stricken with a rare and vicious form of Multiple Sclerosis a dozen years ago, Weller is paralyzed from the neck down. “Writing is the only thing I can still‘do,’” he says, though he can no longer type nor write by hand. Like many beloved authors before him—including Henry James, John Milton, Mark Twain, and Jorge Luis Borges—Weller dictates his work. Superhumanly prolific, Weller’s Da Ponte “memoir” will be his fourth book written using dictation.

Born in 1957 in Macon, Georgia, Weller learned to read at four. Entranced by Peter Pan and The Wind in the Willows, he started writing little stories by age six. “I have a solid memory of lying on my stomach on the wooden floor of my room, scribbling away at a story on unlined paper, and of the satisfaction it gave me to put quotation marks around dialogue, because they made it look like the real thing,” he says. “I soon began clacketing away at my mother’s black portable typewriter from the 1940s. It took all the strength I had.” 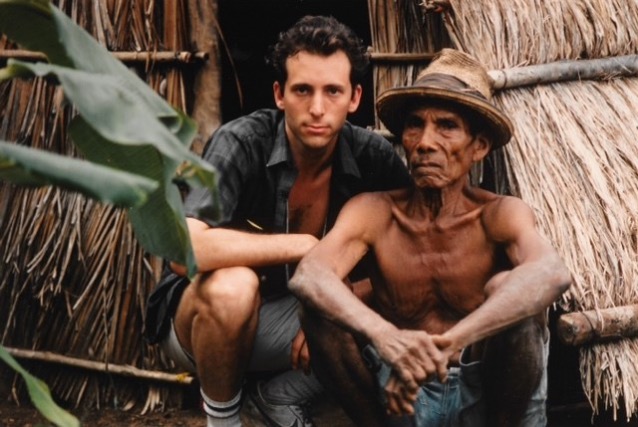 Anthony Weller on assignment during his journalism years, pre-diagnosis.

At thirteen, he published a poem in an anthology of science fiction. Postcards from his globetrotting father, the American novelist and Pulitzer Prize-winning foreign correspondent George Weller, stoked his desire to become a writer. His mother, a British classical ballet teacher, nurtured a love of music. Instead of settling for one passion, he would go on to dazzling careers in both music and writing. After studying jazz and classical guitar at Yale and moving to New York, he recorded with the likes of Stéphane Grappelli. Writing for magazines like The Paris Review, Forbes, and The New York Times Magazine took him to five continents.

In 2002, Weller began to experience the first symptoms of Primary Progressive Multiple Sclerosis, a severe, non-episodic form of the disease that never goes into remission. It moved from his feet to his legs, leading him to require a cane, then a wheelchair. It spread to his arms and hands, destroying his guitar technique. By 2010, he was unable to walk or play music. His wife, Kylée Smith, left her profession as a yoga therapist at the Boston Ballet to manage his constant care. Their resources were soon depleted. Now, a crowdfunding campaign on YouCaring.com, called “Hands for Anthony,” financially sustains the couple. It’s through this campaign that Weller has been able to continue writing.

Here, Weller discusses the perpetual fear that accompanies chronic illness, why no one ever asks him what it’s like to be paralyzed, how the dictation process affects his writing, and dreams about playing guitar.

How do you separate your physical illness from your sense of self? How do you keep a condition that’s ravaged your body from affecting your mind and your ability to write?

Determination. It’s better than watching TV until I die.

I suppose I’m “lucky” to have the more severe, rarer version of MS, which seems to leave the mind fairly intact amid a mercilessness toward the body.

How did you become a writer and a musician? 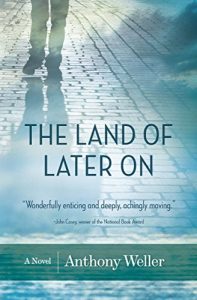 The cover to Anthony Weller’s latest novel, The Land Of Later On.

The primary source of my writing was that I loved books from a young age. If I could devour [books] with the healthful gluttony and remorseless speed of boyhood, I might be able to at last consider myself well-read.  I used to wake through some internal pressure by five in the morning and read in bed until it was time to get up; and because schoolwork came easily, my main memory of early years in Macon, Georgia, is of lugging heavy piles of books home from the library every couple of days.  It didn’t matter to me, much, what I was reading; I could grind up anything and swallow it by sunrise.

My mother, a Londoner, was a teacher of classical ballet and also knew an immense amount about classical music and music around the world. She was interested in all musics and always favorable to whatever I brought home. This open-mindedness was a great gift to me, and kept my ears open to finding the music that was “right” for me. When I found the guitar, it seemed to attack me and therefore I wanted to attack back.

Many famous authors — like Henry James, Richard Powers, Milton, Mark Twain, Borges — dictated their work. What have you learned from these authors’ approaches?

In those cases, the writers (geniuses all) were able to rely on their memories when they had to. The chief drawback is you’re not able to control your sense of the whole; you have to rely on other people to turn pages for you, even if they’re only reading aloud a few lines of a sonnet.

The lesson? Not to give up. I have no excuse. They did fine, so can I.

How does dictating feel different from typing or writing by hand? Are there any aspects of the writing process that you think dictating improves?

For me, dictating hasn’t improved anything. I miss terribly writing by hand, which is a sensuous as well as a creative experience. Dictating doesn’t feel like anything else. Words can no longer dance in the hand, and if you don’t have your book’s voice, I can’t imagine that speaking them aloud will help you find it. I could be wrong, of course.

The lesson? Not to give up. I have no excuse. They did fine, so can I.

I tried dictating using software on three books, and switched for my most recent novel to a live typist, who’s much more efficient. No doubt it helped that this novel is a first-person narrative.  Unfortunately, whether you’re using dictation software or a live typist, there doesn’t seem any way around the problem of instantly having to verify what you’ve written, so the objective mind is always threatening the subjective mind.

How has your writing process changed since shifting from typing or writing by hand to dictating, both with software and with a live typist?

The problem with dictation software is if, like me, you have an unreliable voice, then you’re in a constant state of frustration and anger, and those aren’t fruitful even if you’re trying to compose a laundry list.

Writing for me was always a solitary activity, even when I did it in a crowded laundromat in New York to keep warmer than in my badly-heated flat. It’s no longer solitary. It’s important to get over any sense of shame or violated privacy if you’re using a live typist. Anyway, when you write you mustn’t worry about what other people think. Dictation to a typist rubs your face in that.

How does the revision process work when dictating novels?

You’re constantly revising, alas, because you’re constantly checking what’s just been typed. It’s much easier to catch errors immediately, when you still remember what you thought you said.

Because it’s so difficult to look backward because I’m totally paralyzed, I’m at the mercy of my memory more than I’d like. Many nights I’d lie awake and think back on prior chapters and try to seize what I’d inadvertently left out, then remember these lapses so I could correct them.

What are some of your favorite books?

Within the 20th century, I suppose my favorite fiction includes Mister Johnson (Joyce Cary), and just about anything by Cary. Anything by Chekhov, of course. His Monkey Wife (John Collier) and “Pale Fire” (Nabokov). A House for Mr. Biswas (Naipaul). Anything by Flannery O’Connor, who wrote about the Georgia where I grew up. Anything by V.S. Pritchett. The Swell Season (Josef Skvorecky).

I try never to complain, because complaining doesn’t improve anything.

I don’t keep up with what’s out there. I mainly look at favorite passages in books I’ve already read, novels and poetry and travel. In the last five years, for example, I’ve only read three superb contemporary novels—The Old Turk’s Load (Gregory Gibson), The Gold Eaters (Ronald Wright), and My Notorious Life (Kate Manning).

What do you wish more people understood about MS and your experience with it that they tend not to understand?

I don’t think people understand the torment you live with constantly. I try never to complain, because complaining doesn’t improve anything. In my own case, there’s the added certainty that I’ll never get better, today’s always better than tomorrow, and so on. Anybody who waits for a miracle cure is an imbecile. This is psychologically very tough on me, and of course on my wife. 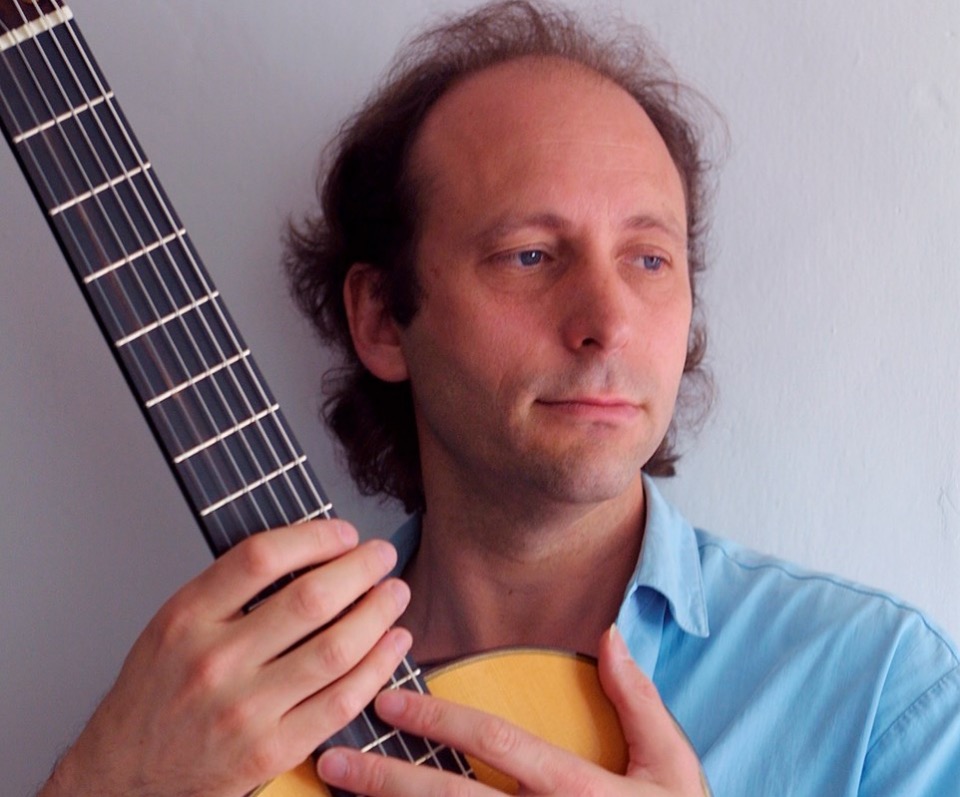 Anthony Weller was an accomplished guitarist.

In an op-ed for the Wall Street Journal, you write about how nobody ever asks you what it’s like to be paralyzed, and that this may stem from concern about hurting your feelings. Is this concern unfounded? Why are so many people uncomfortable with openly discussing illness?

I don’t know why people are so uncomfortable. Guilt, I suppose, at having dodged the bullet. Or worry that they’re next. Yes, this concern is unfounded, because if you’re paralyzed you’re forced to very rapidly get used to your situation and come face-to-face with it. It’s not as if somebody’s going to surprise you by pointing out the obvious. There’s not an instant in the day when you’re not fully aware of your limitations. If your elbow itches, you’ve got to get somebody else to scratch it. That implies there’s somebody else willing to do it, and it’s worth their time.

How do you still engage with music?
I still listen enthusiastically, and every night I imagine I’m still playing the guitar while trying to sleep. Beautiful dreams. 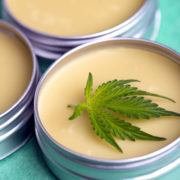 The Brain Injury That Helped End Slavery
Don’t miss one more amazing story.
Every week, we’ll send a few of our favorite stories to inspire you.
Send this to a friend
Scroll to top