Parenting In Public With Love And Lots Of Insulin

The Dale family is using the power of YouTube to shine the light on type 1 diabetes.
diabetesType 1 Diabetes 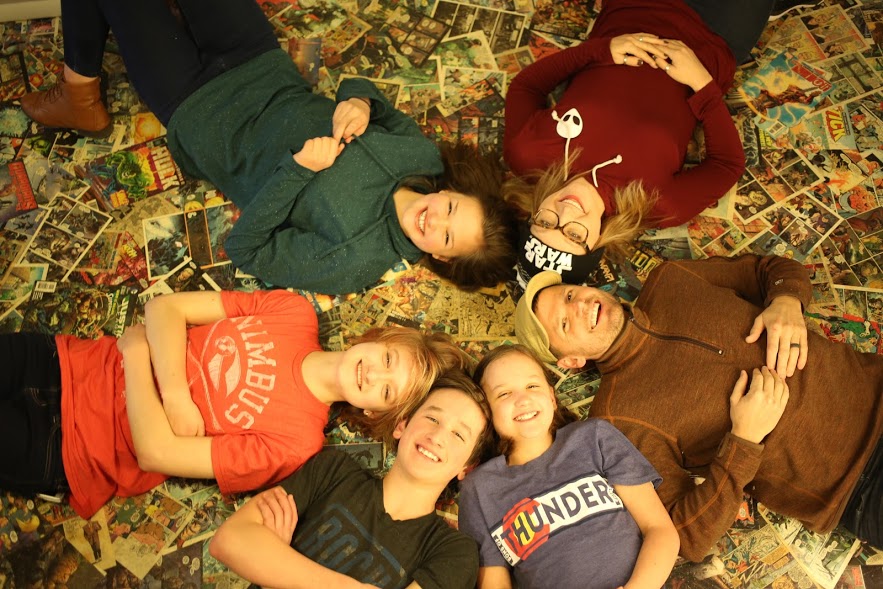 Family vlogging has changed the way the world parents, and no one better shows how than the Dale Tribe. The Dales–Amy, Jon, and kids Anna, Eli, Shae and Aspen– have enjoyed a groundswell of popularity since they started uploading little pieces of their lives to YouTube in 2013. Today, they have almost 100,000 subscribers… a platform the Dales use to try to raise awareness for type 1 diabetes.

No one in the Dale family had grand aspirations of YouTube fame when they started posting their family videos online. For Amy, in fact, the decision to upload videos of her kids to YouTube was purely practical. She laughs: “I thought ‘I suck at scrapbooking, maybe this is a way to keep my family memories.'”

Amy’s first videos are endearingly primitive: the first one’s even shot with a vertical iPhone camera. As they go on, though, she gets better and better at putting them together, showing the individual personalities of each of her kids in a charming and comforting way. Anna’s artwork, Eli’s freerunning, Shae’s love of acting: they all get equal space to express themselves. 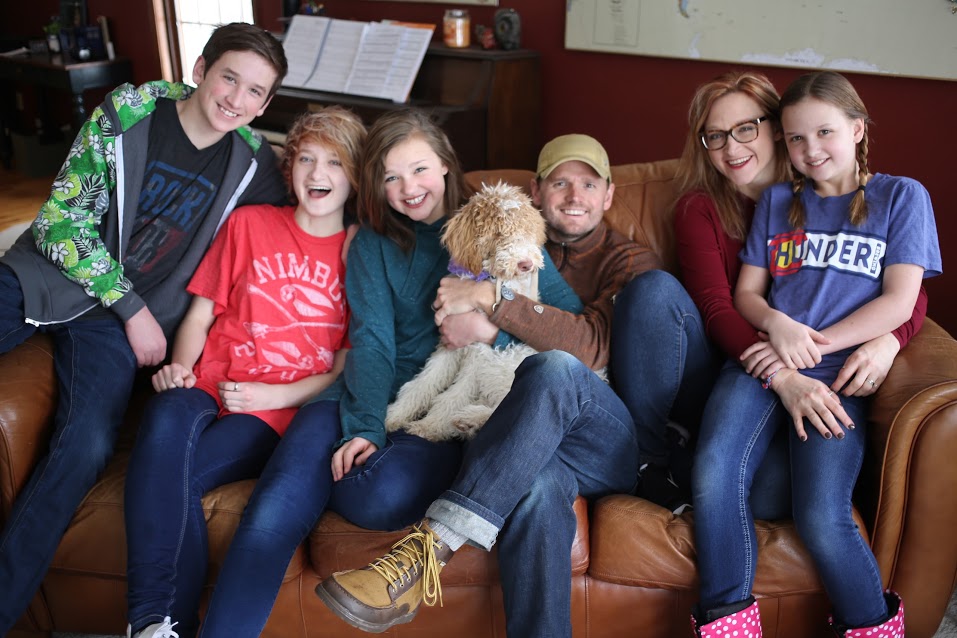 The love between family members is obvious in these clips. The Dales aren’t doing anything special–carving pumpkins, going camping–but there’s already something compelling there. Unlike other YouTubers, the family seems really present and in the moment. They’re not performing, just living, and in an era of hyper-calculated social media, it’s refreshing.

Although Jon was supportive of what Amy was doing on YouTube, he was a little too standoffish. “My initial reaction was ‘this is fine for you to do, just so long as I don’t have to be too involved,” he remembers. Complicating matters was his career in social media strategy for big brands. “I wasn’t sure being goofy with my family was good for my personal brand,” he says. “A couple of years in I sort of saw that vlogs were having a positive influence and I decided to become more supportive and get involved.”

“It was a real difference after he got involved,” Amy says. “Before it was me on my iPhone and it was… not awesome.” 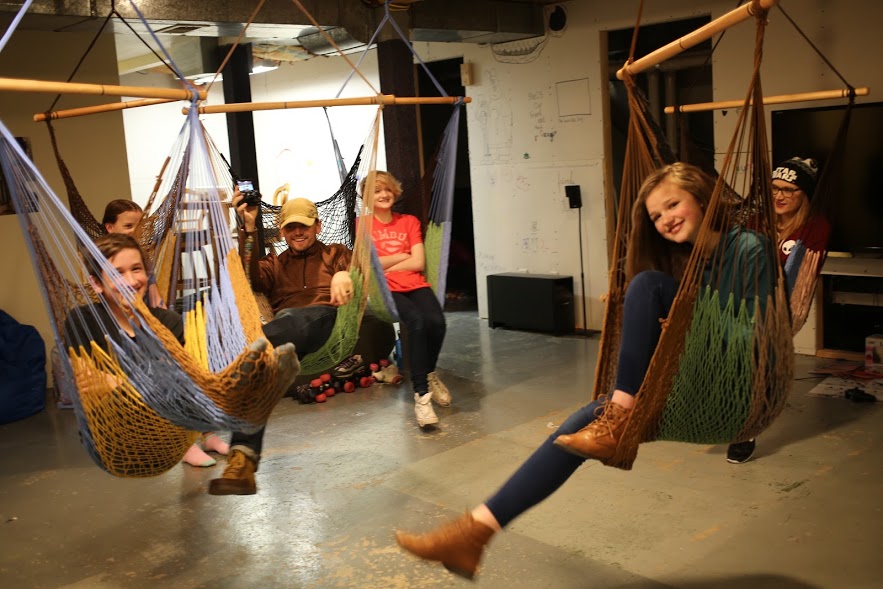 A candid moment with the kids.

Jon brought a little professionalism to the project, making the editing tighter and the narratives a little clearer. The honesty and authenticity was still there, it was just easier to digest.

The turning point for the family came with the diagnosis of their daughter Aspen with type 1 diabetes in January of 2016. She had been feeling sick and losing weight, and the family brought her in for some tests. Amy filmed the day, taking the kids to the mall and BuildABear Workshop while they waited for Aspen’s blood tests to come in.

After the tests, an ambulance came to pick up Aspen and hooked her up to an IV drip for insulin to bring her elevated blood sugar down. It’s a tough watch, but the little girl takes it like a champ. They learn about all of the parts of managing diabetes – checking blood sugar, injecting insulin, learning the signs of highs and lows – and we watch them do it.

The family didn’t upload a video that week, until Aspen came home.

“(Working on the video) was almost therapeutic to me,” Jon says. “It was my birthday when she was diagnosed and we went to the ER that night. It was 4 days later that we got back home. I sat down the next day, we had this footage and I almost in a daze sat down and edited that episode. We had this whole world of people that were trying to understand what had just happened to us, and I thought if we put a vlog up, I don’t have to have this same conversation with fifty different people about what type 1 is.”

As the father of a type 1 diabetic myself, that video brings me back with whiplash speed to my son’s diagnosis: the feeling of panic and confusion as you learn that your lives will never be the same. Amy’s emotions in the moment are hard for me to watch, but the honesty with which she reacts to it is really inspiring. The Dales’ video struck a chord, and Aspen’s diagnosis became their second most popular video to date.

When your kid is first diagnosed, you’re left totally adrift. But the interesting thing about type 1 diabetes is that there’s a powerful community around the world reaching out to support each other. My son Henry didn’t start making videos to help other kids until two or three years after his diagnosis, but having Aspen’s very first moments captured on video is incredibly powerful for other kids experiencing that panic and confusion. She’s a strong kid, and her strength can help other people.

The diabetes community is a powerful one…

It’s expanded their world in multiple ways. The diabetes community is a powerful one, with families and friends supporting each other through the ups and downs of the disease. The success of Aspen’s diagnosis video bolstered their channel, massively increasing their subscriber numbers. Her diabetes is treated with the honesty and openness that they bring to all of their videos, and while it’s a major part of the family’s life it’s not the sole focus.

In a world that’s becoming increasingly concerned about the ethics of YouTube parenting, uploading your children’s most intimate moments for all the world to see can be a controversial decision. In particular, the recent drama with a Maryland family who had children removed after abusive prank videos  they’d been making came to light has painted family vlogging in a pretty bad light.

But the Dales have a strict policy of what makes their YouTube channel a safe space, both for their children and the people who visit them. “We basically have the approach that any time our kids don’t want to be included in anything they don’t have to give a reason why, they just say ‘Hey, we don’t want this filmed.’” Jon says. “For any reason they can ask at any time, or ask during post if there’s something. And we know it works, because the kids will exercise that. Whether our son feels like he has a zit or our daughter has a bad hair day, we don’t push back. It’s not a negotiation.”

Yet bad hair days aside, one thing Aspen has continued to be comfortable sharing with the world is details of her Type 1 diagnosis. Diabetes isn’t the goal of the channel–the Dales say the only real goal is to show the world how they get along, because they believe it’s “good for people to see how a healthy family operates”–but it’s not something Aspen is afraid to show the world.

The end of Aspen’s diagnosis video has her facing the camera with Jon. “We’re excited about this new journey, and Aspen has been super, super brave, haven’t you?”

She nods. The video ends, and another day begins. 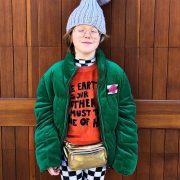 Ending The End-Of-Life Conveyer Belt
Don’t miss one more amazing story.
Every week, we’ll send a few of our favorite stories to inspire you.
Send this to a friend
Scroll to top