Phoebe Ryan On Being A Pop Star With Depression And Anxiety

It's not always easy being green (haired)... but it sure can be fun.
anxietybipolar depressionbipolar disorder 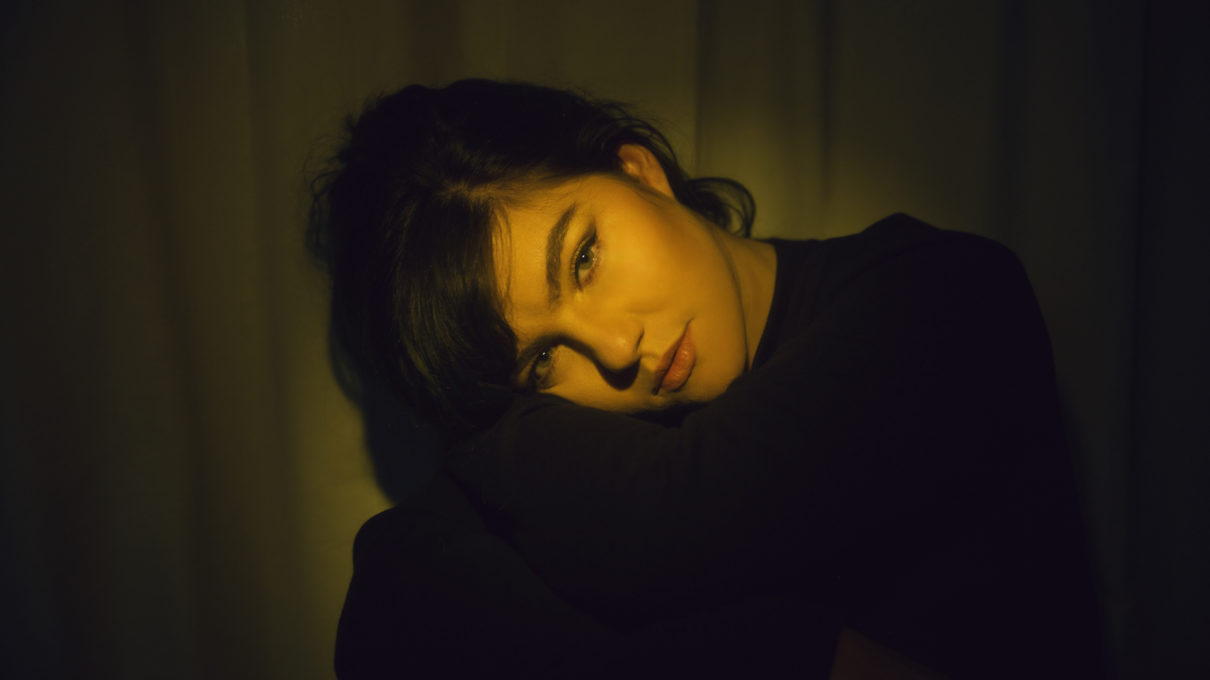 If you’ve never heard of Phoebe Ryan before, there’s something you need to know — her songs are infectious. With a handful of EPs, singles, and collaborations released over the past four years, Ryan has been carving out a sound all of her own. While her new music covers heavy topics inspired by real-life, such as sobriety and mental health, Ryan’s songs are always infused with a bubblegum pop sound and an unmistakable wit.

Ahead of the release of her debut album, Folks spoke to Ryan about creating her first full-length record, her unexpected obsession with birds, the story behind that trademark green hair, and what life is like as a pop star living with bi-polar and anxiety.

What’s the story behind your forthcoming single, “ICIMY”?
It was one of the first songs that I wrote where I was heading in the direction of like, “I want to do something that gets me back to these, like, folky roots.” You know, I grew up in that scene, playing in coffee shops, and my band in college was an experimental folk band. I’m also just a super helpless romantic, so when I miss somebody, it tends to consume my life. When I was writing that song, I was definitely thinking of a specific person who just wasn’t in my life anymore and I was constantly overwhelmed by how much I missed them. It’s a weird thing when you break up with somebody, to go from lovers to strangers, as Katy Perry would say.

I’m also just a super helpless romantic, so when I miss somebody, it tends to consume my life.

Some of the lyrics in your recent single “Build Me Up” are pretty stark (“I wish I was a new person/ I wish it’d happen overnight”). Were you trying to write a darker record this time round?

That one was definitely coming from a darker place. I was in a place where I was a little bit of a mess in life. Usually when I’m in those kinds of places, I tend to write songs that are upbeat and try to make myself feel better. Kind of like the opposite — when I’m really happy, I will channel something really dark. I feel like your mid-twenties are very transformative and I don’t know that many people around my age that have their lives completely together. Some days you just think, “Wouldn’t it be great to be a new person by the time I wake up?”

In several of your new songs you talk about changing your lifestyle and leaving your party days behind. Is this something you’ve done in real life?

I was completely sober for two years, and I was reflecting on, “Am I still fun?” I know that’s a struggle that a lot of people go through when they’re trying to clean up their act a little bit. Even now, I definitely struggle with finding a balance and I think that it’s probably one of the more difficult things. Hopefully I’m not alone, hopefully other people experience it too. Just finding a balance of self-care, but living your life. Trying to take care of yourself but not push it. And I struggle with the limit of that. Self-care feels great, but it’s also, “What am I missing out on right now?”

Hopefully I’m not alone, hopefully other people experience it too. Just finding a balance of self-care, but living your life.

You’ve been open about being diagnosed with bipolar and anxiety. Does either condition influence your songwriting?

I don’t know if I’ve written any songs that are specific to being bipolar, but I feel that if you’re listening to the nature of the songs and the lyrics, I’d be surprised if people were absolutely shocked that I didn’t have something going on. I think a lot of my songs are dramatic, and I do talk about wanting to change constantly. It’s always very happy or very sad; I feel like there’s no middle ground.

All of the songs [on my forthcoming album] were written in a place where I felt good. I took ten months off from writing and from music, and I was just getting adjusted to new medications. I was doing therapy and trying to get a really long depressive spell under control. I didn’t work at all during that time, but when I came out of it, I started writing songs. So I think that the songs on the record are a much more functional me, a much happier me. Because if I’m really not feeling well, I’m not able to be productive at all.

I went into it expecting to take a month off, and the next thing I knew it was ten months later and I was still trying to make sure I was able to just function in everyday life, because there was probably a year of my life where I was not able to do that. Time flies by. I have an incredibly supportive family and they just knew that something was not right. They had my back for the longest time, so I’m very, very lucky that I have them in my support system.

Do you think there are any misconceptions about what it’s like living with an invisible health condition?

If you have anxiety and you’re not able to function in your day-to-day life, it’s a sign that you need to slow down and take time off and heal yourself.

Maybe it’s cliche to say, but if any of my friends are asking I’ll say, “If you have a sprained ankle, you take time off and you don’t use that foot, and you do physical therapy, you get surgery, you take time for yourself to heal. It’s the exact same thing with the brain. If you have anxiety and you’re not able to function in your day-to-day life, it’s a sign that you need to slow down and take time off and heal yourself. I think that, especially in a business where everything is so fast-paced and pretty competitive and you don’t want to feel like you’re falling behind, it’s really tough to take time for yourself. But in the long run, it’s the most important thing you can do. For somebody who doesn’t understand or experience those things, they have no idea how painful it can be sometimes to just get up in the mornings.

Who inspires you right now?

I have a really silly answer. I got really sick of listening to the radio when I was on tour in July with Carly Rae Jepsen, so I started listening to a lot of music from the ‘70s and ‘80s — it’s called Yacht Rock. It’s kind of smooth, a lot of beautiful harmonies. I just started listening to Michael McDonald, Fleetwood Mac, Steely Dan. For some reason, I’m so in that world right now of just listening to music from the ‘70s that I don’t even really know what’s going on on the radio. I think I’m on a little bit of a cleanse, but it’s so fun, and there’s so much music that I haven’t heard that’s so good.

What do you do when you’re not making music?

I love being outside, and I love being in nature. I think hiking is probably my favorite activity to do everyday. And I also love birds. I’m weirdly just obsessed with birds. I have a parakeet. I wouldn’t say I’m a bird-watcher. I’ve gone bird-watching, but I’m mostly into reading about birds, learning about them, and thinking about them. I really love coastal birds, so even if I’m at the beach, I’m looking at the seagulls, I’m looking at the sandpipers, I’m trying to see the way they act. I think it’s really fascinating. It’s just another little weird thing that I do. My dream one day is to have an aviary where I can rescue birds and just have a little flock of my own. I think that would be so fabulous. And I want to have ducks more than anything.

So… why the green hair?

When I first was dying it, it was a subconscious thing. I was like, “I’m really attracted to the color green,” and “green is just what I feel in my soul.” I had wanted it for so long. But then I was looking back, and for the first fifteen years of my life, I grew up with a dusky conure [also known as a dusky-headed parakeet] which is a dark green, spicy little bird. I had Greenbean for fifteen years, and when Greenbean passed away, two years later I was like, “Okay, I need to dye my hair the exact shade of green as Greenbean.” That’s really weird, but ultimately that’s why I love that color and associate it with my personality. I’m going on seven years with green hair, which is always pointed out to me by TSA agents when I show them my passport.

I’m living, and I’m going through a bunch of sh*t, and I’m able to process it.

What do you hope people get from your new music?
I feel like it’s a little bit more mature than the other stuff I’ve put out. In my head it’s light years away from the Mine EP and “Chronic” and those earlier songs. I feel like a different person in a lot of ways, and I hope maybe that comes across. That people get excited that there’s some growth happening, that I’m not just standing in one place in life, that I’m human. I’m living, and I’m going through a bunch of sh*t, and I’m able to process it. 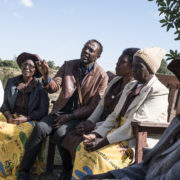 Ask Ada: My Mother With Dementia Thinks I Abandoned Her
Don’t miss one more amazing story.
Every week, we’ll send a few of our favorite stories to inspire you.
Send this to a friend
Scroll to top