The Kick-Ass Yogi Who Fights Lyme Disease With Swear Words

Jyll Hubbard-Salk might be the feistiest yoga instructor in the Five Boroughs, and her students wouldn't have it any other way.
lymelyme disease 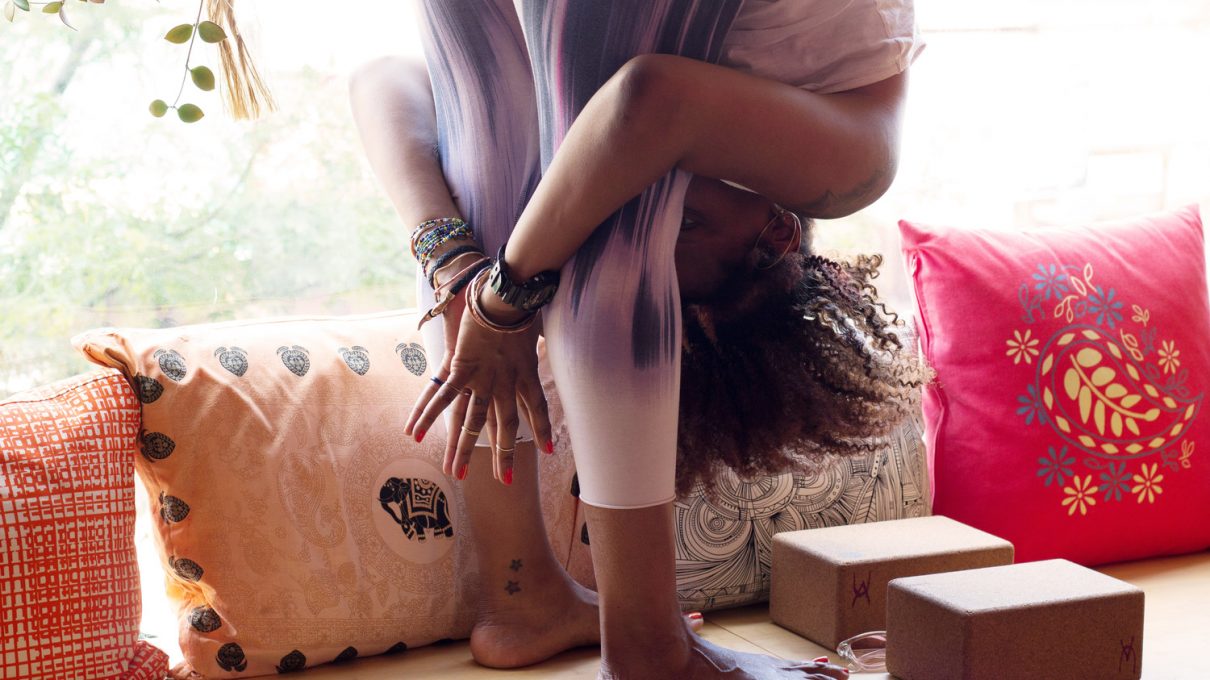 “Ass up! Ass up!” shouts Jyll Hubbard-Salk, a 50-year-old yoga teacher, to a crowd of sweaty students in downward-facing dog position. Wearing tinted aviator glasses and gold bangles up her arms, she stands before a shrine decorated with amethyst crystals, bundles of sage, and a bronze statue of the Hindu goddess Shakti—as well as an empty Jack Daniels bottle and an upturned Zoo York skateboard. 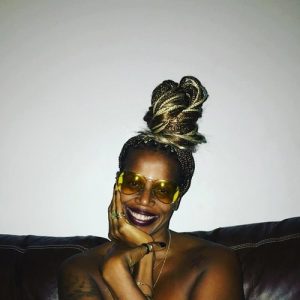 “I’m not your typical yoga teacher,” says Jyll, who founded Urban Asanas, a magenta- and orange-painted yoga studio in Crown Heights, Brooklyn. During the 30 classes she teaches weekly—from “Breath and Beats,” a vinyasa class with a live DJ, to the restorative “Urban Unwind” class—she tends to say “fuck” at least twice as much as she says “namaste.” It’s part of what keeps people coming back. “I cuss when I teach, and some other teachers are like, ‘Oh my god! Blasphemy!’” But for her cultish following of students, this tough-love, real human approach is a refreshing break from a wellness culture with its fair share of the holier-than-thou. (“Jyll snapped me back into reality, forced me to face myself,” wrote one student in a Yelp review.)

When she opened Urban Asanas in 2012, after saving up $20,000 over a five-year period, Jyll’s mission was to make yoga classes more accessible, diverse, and affordable for all. This felt especially crucial in the gentrifying neighborhoods of central Brooklyn, where some new yoga studios charge $8 for a coconut water and $3 to use a mat. (Urban Asanas offers donation-based “community” classes and complimentary use of all props.) The studio’s opening also coincided with Jyll’s diagnosis of lyme disease, an autoimmune disease transmitted to humans via tick bites. The joint pain, lethargy, and stress it caused called for her to double down on her commitment to self-care via yoga and meditation.

Here, Jyll discusses why striving for goodness might be a better bet than striving for greatness and how to stay sane even amid the insanity of 2017.

Why did you start Urban Asanas? Why not just teach at an existing yoga studio?

I kept going to yoga studios where I was the only black girl. I wanted to have space where everyone wasn’t a size two, like [cheeks sucked in]. Eat a piece of meat! Enough of those bitches.

In class you’re always telling your students to “sit in your shit,” and to “get uncomfortable to get comfortable.” What does this mean to you?

When I say “sit in your shit,” for me, it’s about needing to get into a place where I can feel what I need to feel, let it come to the surface, and purge through it. It doesn’t feel good. But if I stay busy all the time, if I don’t have to stop and think about anything, then it hits the fan. 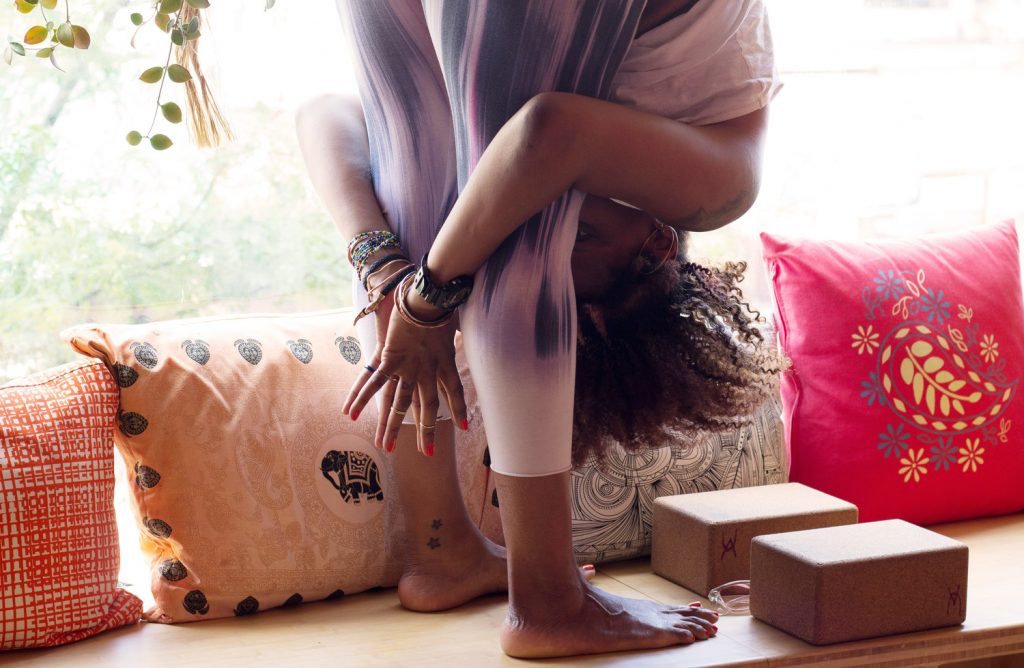 Hubbard-Salk opened her studio as a positive space for people of all body types.

You make your students laugh all the time, which is kind of rare in yoga classes. Why do so many yoga people seem to take yoga so seriously?

They’re tightasses and they’re not living their yoga. A yoga teacher I know recently had plastic surgery and changed her face — I’m like, who’d believe that? Who’d study with you? That’s not real. That’s not what yoga’s about. Yoga’s about life, living. I can’t pull it out of a book. I cuss when I teach, and some teachers are like, “Oh my god! Blasphemy!” But I’m a proponent of real yoga. Yoga is every day. I’m consistent in how I am at my house, with family, friends, and at the studio. It’s all me. I’m not putting on different hats. I’m not like, “This is my soft yoga voice.” There’s people I know who are like, “I wanna be in Yoga Journal!” I don’t need to be on a magazine cover. My aspiration is to just change people’s outlooks and make them feel good. It’s not something I’m doing myself—it’s something I’m helping people find on their own. I’m sitting in the pews, like, “You got it! you got it!”

How do you use yoga and meditation to help manage lyme disease?

I’ve had lyme disease for four years. It’s an autoimmune disease. She comes and goes as she pleases. It makes me super lethargic, so I have to keep my stress level down with yoga and meditation. I eat no gluten, no sugar. I gotta stretch, get acupuncture, got to specialists, smoke a lot of weed, medicinally. But I have to say, I’m living with it. I’ve heard some horror stories.

You’re someone people turn to for guidance, and in the wake of the recent election, many people have been really needing guidance. How do you help your students cope with politically-induced stress?

People are still reeling from the election. Yesterday, in class, half the class was crying, and I was crying with them. The day after the election, all three of my kids were in tears. I told them, you gotta be the change. My two oldest daughters will be able to vote in the next election. Go out and talk, get active, go speak. And they are. My oldest, Sierra, is speaking about race relations at the 2016 NAIS People of Color Conference in Atlanta.

And I’m an advocate of self-care. You have to take care of yourself.  If you’re not doing work to take care of yourself—resting, meditation, good food, good company—especially in winter, the darkest time of year, you’ll get moody and depressed. And we have to get to know each other. When was the last time you said hi to someone on the street? Just say ‘Hi, how you doing?’ That softens people. Everyone’s rigid. I’ll have my students introduce themselves to people in class. And when was the last time you picked up the phone to call someone? An aunty, a grandma, a friend? Don’t text me. I wanna hear your voice.

Who taught you this attitude? Who are your “role models?”

My kids are my role models. Honestly, I don’t look at people like that, as role models. I have mentors, and women who just inspire me, but I’m not looking at people like Oprah as role models. They’re working it out, just like I do. A homeless person who’s out there trying to survive has as much to teach me as some star. The people I admire, they’ve lived. They have stories to tell. There’s nothing a little 25-year-old white girl who just got certified can teach me in a yoga class. I need someone who’s been in the game for a minute. 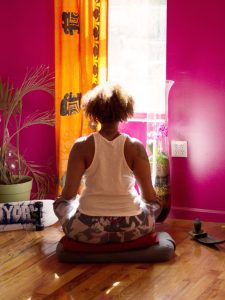 I’m not the Mother Teresa, and I’m not the raggediest [expletive] out there. I don’t wanna be great, I wanna be good. Great’s cute too, but I wanna be good. When you always trying to be great, there’s an expectation of failure. But I can get that balance. I wanna live in the pause, the space between breaths. I’m my problem, and I’m also my solution.

At 50, I’m clearer and more present than I’ve ever been in my life. I got there through yoga and meditation—and not giving a fuck. I don’t [care] about Kim Kardashian. I don’t [care] if Kanye’s crazy. I don’t [care] People are like, “Are you thinking about plastic surgery?”  Never in my life have I thought about altering anything on my body. I like me. I love me. I like being with me, and I think I’m cool. I don’t [care]. My life’s complete. If I died today, I’d miss my kids, but I’m good. I’ve had love—I’ve had a little bit of heartache—but I’m complete.

What advice would you give the many people who really don’t feel that way?

You gotta get to know you. You gotta slow down. You gotta take the time to be like, okay, that’s not cute, but that is. We’re so superficial, only looking at [our faces] in the mirror. I’m always telling my students, Get to know your back body. Get to know your kidneys. What does the back of your heart look like? I didn’t wake up like this. I’m always working on myself. Always trying to get better. It’s  work. It’s not easy. But I think I’m worth the work. 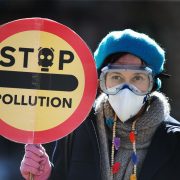 Wheels Of Change
Don’t miss one more amazing story.
Every week, we’ll send a few of our favorite stories to inspire you.
Send this to a friend
Scroll to top