I never thought I was photogenic. Then I started chemo, and learned to appreciate how precious photos of me and my family really were.
breast cancerchemochemotherapy 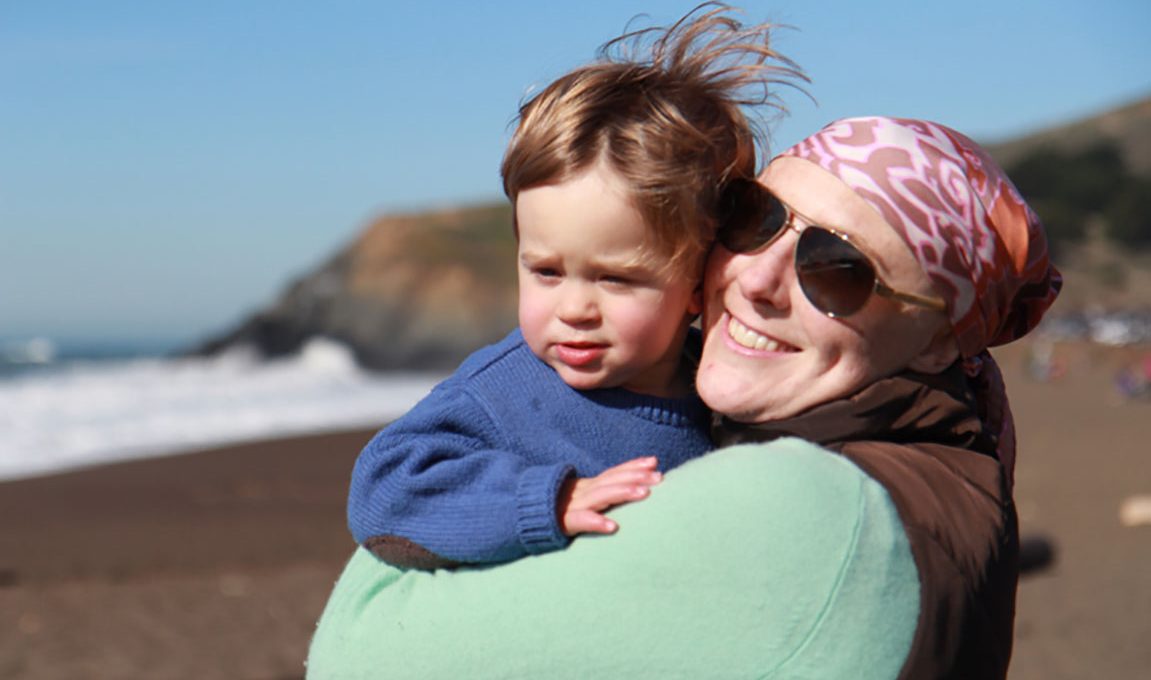 I never liked having my picture taken.

As a kid I smiled for the camera, but as I hit my teens I secretly hoped that when the photos got back from the film lab they would show a different me, one with wider lips and a smaller nose. I never felt photogenic, unlike my older sister whose face seemed to light up the camera. I studied image after image: the length of my chin, the length of my brows, the color of my hair (an unacceptable mousey brown, I thought).

This continued through college (bad hair), my twenties (adult acne), and even to my wedding day. What I thought I looked like when I glanced in the mirror never reconciled with the image in the photo. (This was well before digital photography was the norm; there were plenty of photos to look through, with free double-prints—and no delete button.) 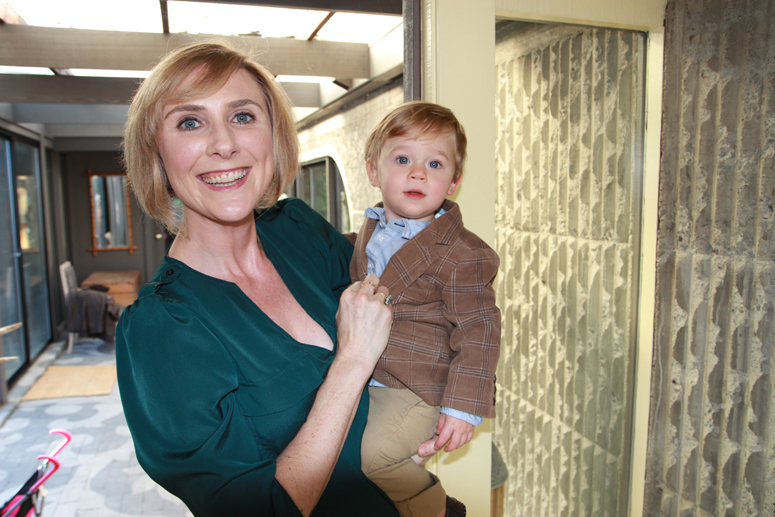 Laura Holmes Haddad and her son Roman, the day before her diagnosis.

When I got pregnant I got more comfortable behind the camera, figuring I would want memories of my expanding belly, my firstborn. Capturing a baby belly seemed worth it. And then I set out photographing my daughter, Penelope; with a new iPhone and a smiling baby girl there was nothing stopping me. I had hundreds of images. Children literally change overnight, and the impulse to record the moment is automatic. And then I got pregnant again, and when our son Roman was born there were endless moments to capture: smiles, tears, laughter.But while I wanted photos of the kids, I didn’t particularly want to be in them. I remember so clearly when I hired a photographer to take a few photos of me and the kids when Roman was 9 months old. In most of them, I’m turning my head, or nuzzling Roman’s head, or hiding behind my two children.

But two months after those photos were taken I was diagnosed with Stage IV inflammatory breast cancer. Penelope was 4½ years old, Roman was 14 months, and I had an 11-centimeter growth in my left breast and was given about 2 years to live if the treatment didn’t work. 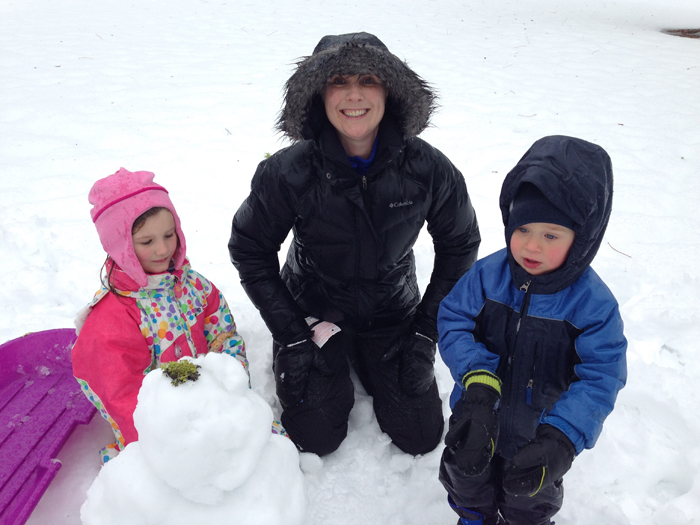 Laura plays with her two children in the snow, after chemo.

Something switched inside me. Perhaps it was the giant clock I felt ticking above my head, perhaps it was a maternal instinct that kicked into high gear the moment I got the news. All I know is that I suddenly wanted photos. Lots and lots of photos. Every day, at least twice a day, and sometimes more. Photos of me, the kids, our family, our outings. I wanted photos of my cancer “journey” and I wanted them now.

Something switched inside me. Perhaps it was the giant clock I felt ticking above my head…All I know is that I suddenly wanted photos.

I have a photo of me and the family picking out a Christmas tree the day before I started chemo; a photo of me hamming it up in a horse saddle at a restaurant in Houston, on a break from a doctor’s visit at MD Anderson. I have a photo of my head shaving, stunned and sad; I have a photo of me singing karaoke on Christmas Eve, in a red dress and a headscarf, just off my first round of chemo. I have photos of my daughter’s 5th birthday party, which I practically crawled to; I was determined to make it happen, cancer or not. I wince when I see those images, see the suffering in my eyes. And I cry when I see the joy on Penelope’s face as she is blowing out the candles on her cake. It was worth every excruciating moment. 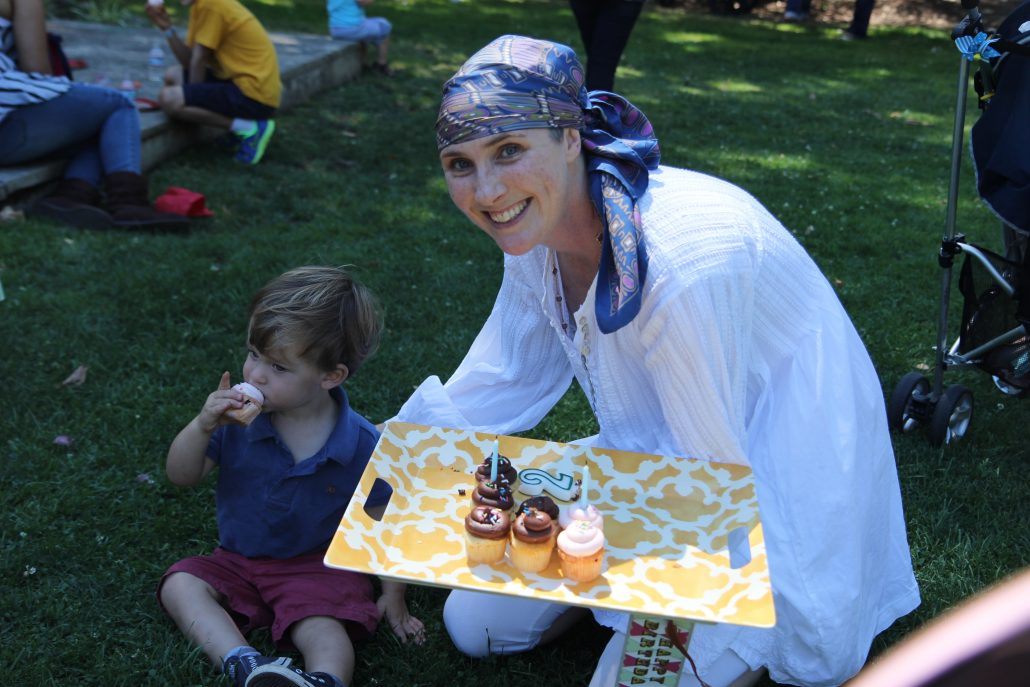 Taking photos felt—and still feels–like a way to stop time. I needed proof I’m still here. I’m on this Earth, still. Seeing the images, holding a print in my hands, feels like the most physical way to say I am living this life. 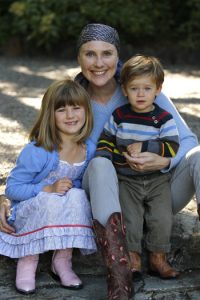 When I got derailed in my treatment—the chemo wasn’t working, I was waiting to get into a clinical drug trial–my sister’s friend, a photographer, offered to photograph me, my sister, and the kids. We met in a local park on a cold morning in February, the kids in sweaters and me in my favorite blue headscarf. My daughter and I are wearing pink cowboy boots. The photographer took photo after photo of me and the kids and me and my sister. They were and are spectacular. As I write this I can hardly stop crying, thinking of that day. Those photos froze my kids in a moment I barely remember. I was often in bed, or traveling by plane for treatment, hardly ever with them and struggling through overwhelming pain. My daughter looks blissful, and then serious, and then wistful. My son sits with my sister, who essentially helped raise him for almost two years while I had treatment. My husband had to go to work every day to keep the health insurance and the paycheck coming, so my sister folded my kids in with her three daughters.

And then there is the photo of me and my sister, laughing—laughing despite the darkness. We were laughing, even though we had no idea what that month would bring, no idea whether I would gain access to the clinical trial. We didn’t know that a week later I would start traveling from San Francisco to Los Angeles every week for six months to receive chemo. That surgery and 40 days of radiation would eventually follow, with years of chemo still to come. That the heavy praying would start then.

I’ve been off chemo for two years and I appear in almost every photo. There are no bad hair days anymore, really no bad days at all. Some photos are great, some terrible, some show the bags under my eyes, my “bad side.” I want to capture life. Some photos have an arm through my face, the result of my son’s temper tantrum at that moment; some have my daughter’s scowl if I’ve forced her to stand still; others show my husband’s exasperated “another photo?” look. But they are moments that happened, and that is good enough for me. And the photos show me, and everyone I love, that I am living life the best that I can; that I’m not squandering this gift I have been given. 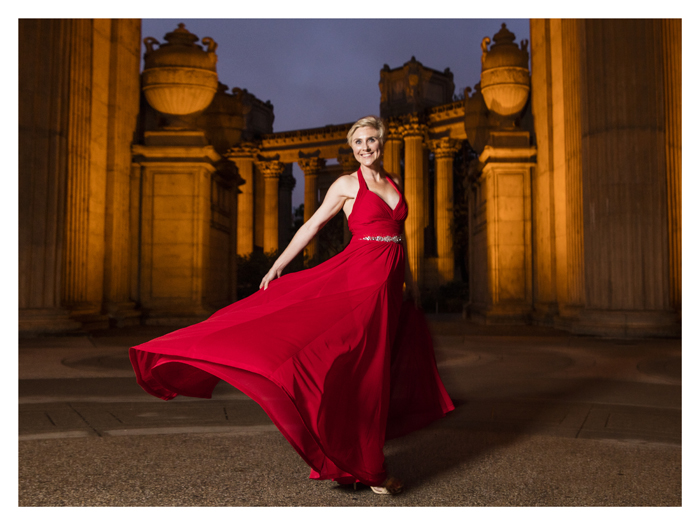 And although I am NED (no evidence of disease) and remain optimistic about a healthy future, there is always a tiny cancer voice in the back of my head that keeps me vigilant. The voice that says, “just in case something bad happens, leave a memory. Leave something memorable.” My daughter now has her own camera and I love flipping through the images, seeing the world from her eyes. My son takes photos with the iPad, and even the feet and half a tree images make me laugh.

I create photo books for the kids almost every month. It’s this insatiable urge to leave them with memories, to leave them with photographs that tell them, “I loved every minute as much as I could. I loved you every second. We did this. I was here with you.”

Jennifer Furner
Useful Resources
Do you know someone else who would enjoy this story?
You might also like...
The Tale Of The Long Island Mariner
Amy Ridout
The Illustrated World Of An Autistic Superhero-Artist

How Sgt. Pepper’s Gave Doctors The Ability To Scan For Brain Tumors
Don’t miss one more amazing story.
Every week, we’ll send a few of our favorite stories to inspire you.
Send this to a friend
Scroll to top