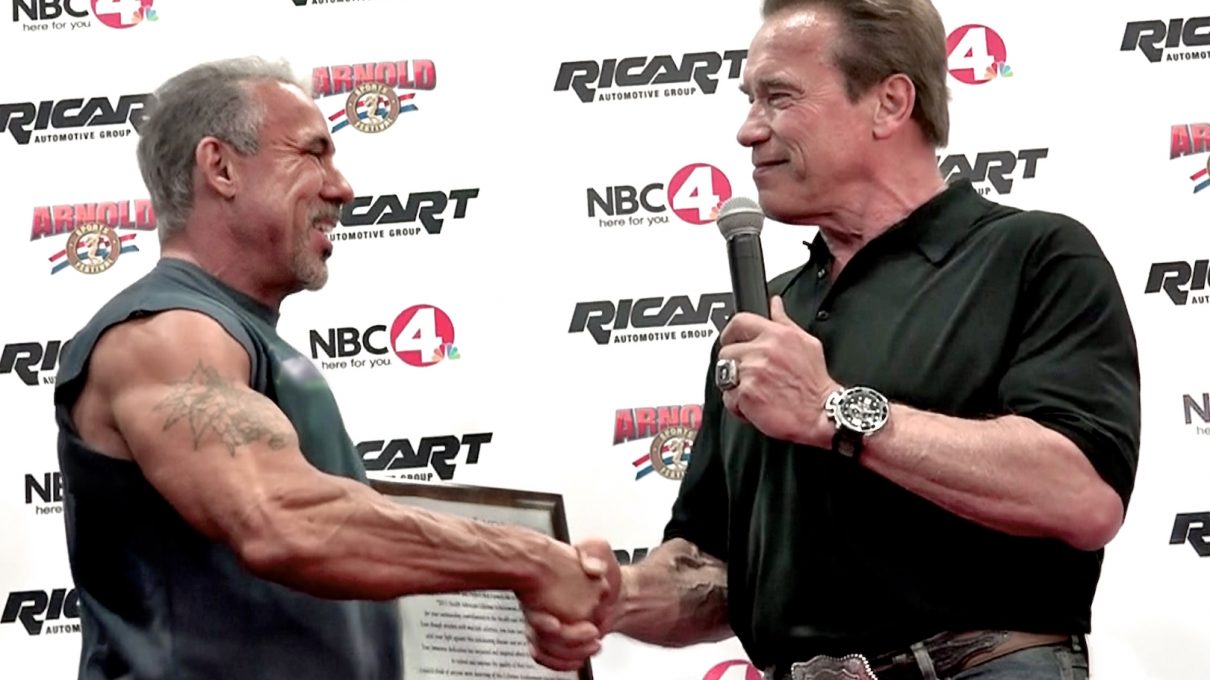 For bodybuilders, the ultimate reward is the chance to compete and win. That’s a reward Dave Lyon knows well.

Although he started at 50, Lyons, a California bodybuilder and personal trainer, has stood on the victor’s podium many times. Yet ask Dave what his greatest achievements have been, and he won’t talk about the highs of pumping iron, or the thrill of competition: he’ll cite his contributions to fitness advocacy for the disabled, which led to him winning the Lifetime Fitness Inspiration Award from the Global Bodybuilding Organization in 2016. (His second proudest moment? Meeting Arnold Schwarzenegger when he was presented with the Health Advocate Lifetime Achievement Award in 2015).

Initially misdiagnosed with brain cancer, Dave Lyons found out that he had muliple sclerosis late in life after experiencing pain and numbness through his whole body. Rejecting doctors’ claims that he would be confined to a wheelchair for the rest of his life, Dave pushed himself into his training, eventually leading him to develop his MS Fitness & Wellness Specialist course, which teaches personal trainers how to work with clients who have MS, and even support them as they enter the fitness competition circuit.

Folks spoke with Dave about fitness, positive thinking and living with MS. Dave’s answers have been edited for length and clarity.

Tell us about life before your diagnosis. 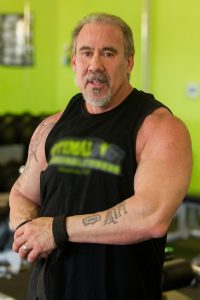 Bodybuilder Dave Lyon competes despite his diagnosis with MS.

Before I was diagnosed with MS, I was a healthy and very active fitness professional who owned gyms and trained clients in California. I trained as a boxer and martial artist, and later, I entered the competitive bodybuilding circuit. I also pursued the entrepreneurial life with a TV and film production company, called Bishop-Lyons Entertainment. Between that role and bodybuilding training, my days were packed from early morning until evening. I had endless energy, slept very little and was always looking for my next accomplishment.

Tell us about the day of your diagnosis.

Initially, I was admitted to a cancer hospital, due to a major physical attack on my nervous system that left me paralyzed from the chest down. On the fifth day of tests, including MRIs and a spinal tap, I was informed that I didn’t have cancer after all, but multiple sclerosis. The information would have knocked me off my feet, but I was already sitting down! I took in all my doctor had to tell me, and tried to process this outline of my new life, but I couldn’t. I looked the doctor in the eyes and told him: “You may say I will be wheelchair bound within a few months but my faith and my will is stronger than your diagnosis.”

What were some of your initial concerns or fears?

Initially, I had no fears. I am a fighter and I face every opponent with the confidence I would win. MS was no different. But that changed quite rapidly. As I surfed the Internet and read so many horror stories about healthy people like me who were now in wheelchairs or bedridden, my fighter mentality took its first devastating punch. The odds were against me: I began to worry that I wouldn’t be able to beat MS like I thought. I started to fear that the numbness, pain, and other symptoms would end my athletic dreams, including bodybuilding. I became depressed [for about a year] until I said: enough with the pity party! I still had to try to fight.. So I set my mind on the Rocky theme, and got to work.

How did exercise help you to adjust to your diagnosis?

I knew, from my years as a trainer and athlete, that if I could strengthen my body, I could beat MS. Exercising and bodybuilding made me feel like I could connect my mind to my extremities, despite the nerve damage standing in the way. And it seems to have worked. Once I started training again, I regained all the muscle I had lost during the year-plus I spent wallowing in my diagnosis. I was now headed to a bodybuilding competition at 50 years old with MS. No one had done that before.

What have been your greatest challenges?

The hardest part of bodybuilding with MS is coordinating the weights without injuring myself. I’ve torn muscles because I couldn’t feel I was pushing too hard. Despite those challenges, though, I’ve learned to listen more carefully to what my body is telling me, and never try to ego lift: only ever lift what I know I can do without hurting myself.

How important is mental strength when learning to live with a chronic condition?

Your mind must be mentally fit before the body can follow. In my book, Everyday Health and Fitness with Multiple Sclerosis and my fitness trainers’ course MS Fitness Essentials, I speak extensively on this topic. Mental Fitness is the core of being able to conquer any obstacle in life. Set your mind in a positive, goal-driven place and all else will fall right behind it.

What are some of your biggest fitness accomplishments, after your diagnosis? 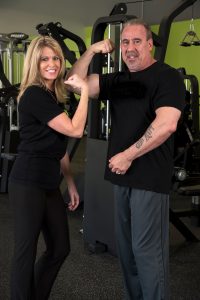 Dave and his wife, Kendra, cofounded the MS Fitness Challenge charity to raise awareness about the importance of fitness to people with multiple sclerosis.

At first, my goal wasn’t to compete, I just wanted to work out again. Then, almost two years after the diagnosis, I realized I could do it. That year, I won the Most Inspirational Bodybuilder award at the 2009 Flordia State Championships. After that, my wife Kendra and I founded the MS Fitness Challenge (MSFC) charity to raise awareness on the importance of mindset, fitness, and nutrition in the battle against MS. I was honored by Arnold Schwarzenegger with the Health Advocate Lifetime Achievement Award, and have stood on stages at the National Fitness Hall of Fame with the Special Recognition Award; the Global Bodybuilding Organization with the Lifetime Fitness Inspiration Award; and also received other accolades. It’s been a humbling but extremely rewarding journey.

What lessons have you learned during this time?

The most important lesson I have and still am learning is I may be strong, but I am not Superman! There is a time I need to say to myself: STOP! I have a tendency to push too hard and too long at everything I do. So the importance of slowing down and recharging my body is a lesson I have had to learn after being diagnosed with MS. I have also learned that MS is not who I am, but it’s what I have. I control it, it does not control me. And I hope to instill this same mindset into others, inspiring them to do what I did, and turn the worst day of my life into a reason to achieve better fitness.

What do you want people to know about MS?

MS is just two letters… period! It does not define your life or limit your goals unless you let it. Yes, MS has some terrible symptoms, and it may be incurable, but there are many ways to manage it. Stay active, stay motivated, and focus on winning, because replacing negative inaction with positive action can make a tremendous impact in your life with MS. 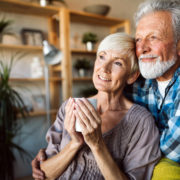 Community Roundup: What’s The Best Advice You’ve Ever Received About...
Don’t miss one more amazing story.
Every week, we’ll send a few of our favorite stories to inspire you.
Send this to a friend
Scroll to top