Putting A Face To America’s Ableism

Born with facial paralysis, the work of author, feminist, and public speaker Sarah Hollenbeck strives to get America to address the uncomfortable truth of its prejudices.
facial paralysisMöbius disorder 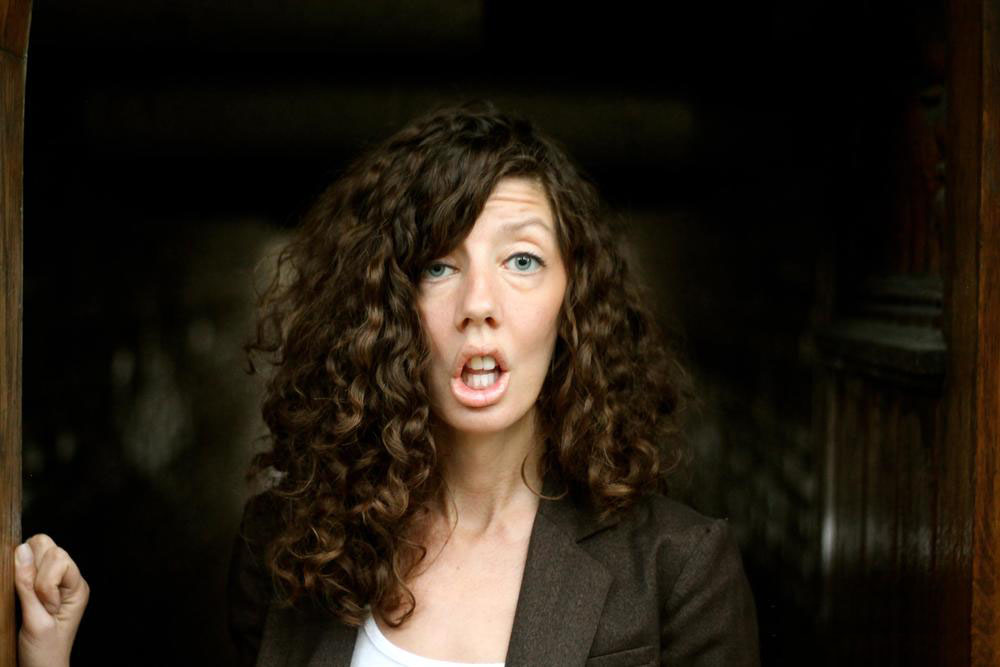 Sarah Hollenbeck, the 33-year-old co-owner of the Women and Children First feminist bookstore in Chicago, has facial paralysis. Born with the congenital neurological disorder Möbius, she describes her face in the essay “As Long As It’s Healthy”: “I have two flat plains where cheekbones should be. My eyes naturally drift to half-mast, but do not completely close. My mouth doesn’t close either. My lips hang loose like fabric on an uncinched drawstring, framing my permanently exposed teeth.” The essay was published this month in the new essay collection Nasty Women: Feminism, Resistance, and Revolution in Trump’s America, in which Hollenbeck meditates on how her disability—and the current state of politics—has informed her choices in starting a family.

Folks caught up with Sarah to ask her more about life with facial paralysis, today’s political climate for people with conditions, and more.

Were you explicitly asked to write about your disability in Nasty Women? 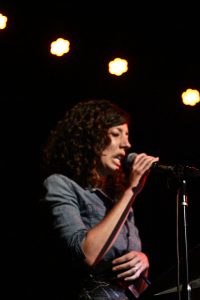 My editor told me, “We are asking you to contribute because you have a physical disability.” Some of my friends who totally mean well were like “Why are you always asked to only write about this thing?” But that’s what I’m contributing to the community, especially because [Women and Children First] is so focused on celebrating marginalized voices that I see the power in that more and more every day.

I don’t see it as limiting to be asked about this identity, but it’s hard for people who love me to understand that. As a culture we are encouraged to have this very bland idea, of, ‘We’re all the same and we’re all equal!” But then that we are taught to believe that’s empowering to be erased in some way.

As a culture we are encouraged to have this very bland idea, of, ‘We’re all the same and we’re all equal!”

You have written about the ignorant or thoughtless things people say to you daily when they interact with you at the bookstore. Do you ever feel like, “It’s not my job to teach people how to react to my face”?


At this point, it is largely my responsibility: that’s why I choose to be in this position of relative power. This is why I choose to do live [literature shows in Chicago]: every opportunity I can take to tell my story from my perspective shatters all the misconceptions that surround me about my appearance and my abilities. No one else is really going to do that for me—my condition is so rare—and I don’t even necessarily agree with my diagnosis. I was given a diagnosis that checked most of the boxes. I feel outside of the community that I identified as mine. So telling my story feels even more on my shoulders. But a lot of people don’t know better. I’m not what they expect. Most people don’t maintain eye contract with me. They’ll look at anyone else in the store besides me when I’m talking.

Most people don’t maintain eye contract with me. They’ll look at anyone else in the store besides me when I’m talking.

In Nasty Women you refer to the current political era as “top-down unkindness.”  Have people felt freer to be insensitive to you after the election?

I’ve only had the opposite reaction in my bubble which is inside a bubble which is inside another bubble: I own a feminist bookstore in Andersonville in Chicago, and I’ve received nothing but support from the community [this year.] I have largely not experienced as much bullying as I was before, but that makes me even more concerned, because then my reality is so much different than what I see on the news. The divisiveness is so solidified that I feel I have no concept of what’s happening beyond the city limits.

You read at live literary events in Chicago. Because of your condition, how much work have you had to do to work on speaking and emoting?

I did a little bit of speech therapy when I was younger in middle school and grade school but that was kind of it—I do breathing exercises and I practice in my iPhone’s recorder a lot. I note to myself where I need to speak more slowly and clearly.  I practice in front of the mirror probably more than most people do. When I read [live], I gravitate towards having at least one laugh, one joke early in whatever I’m reading so that I can see if people respond to it— if they laugh, I feel 100% better. If they get that, they follow me from there.

You dress well, onstage and off. How do you make your style choices?

My ideal has always been effortlessly cool—most women want to be “effortless.” I think that has a lot to do with my disability. When I was dating and making friends, I’ve always felt like “It’s more work to be friends with me, it’s harder to understand me. So the way I dress myself is attacking this—I’m effortless! I’m cool! It’s fine!”  But also, I’ve been told that I dress in a way that’s more sexual than is safe. I’ve always wanted to challenge this idea that disabled bodies are not sexual bodies. Part of the way I dress reflects that I am always conscious of my body, and I like my body—people assume that I don’t.

I’ve always wanted to challenge this idea that disabled bodies are not sexual bodies… I like my body–people assume that I don’t.

I feel bad calling out people, but [after a recent reading] a lot of really well intentioned people told me I was beautiful, which I thought was so weird. They’re not saying that to anyone else there. The only reason they’re saying that is because they are saying I assume I’m ugly. I don’t—I think I’m pretty.

I think that it’s important to note that I’ve only in the last five years identified as disabled and begun identifying and challenging ableism not only within the culture but also within myself. It’s taken most of my life to let go of striving to fit into a society that routinely lets me know that I never will. Through owning the bookstore and becoming a more intersectional feminist through that role, I’ve begun to let myself see the imbalance in the amount of work that I do to make people around me feel comfortable, compared to what they offer in return.  I still feel that it is my job to tell my story, but I do think its past time for the able-bodied world to step up and do the work of recognizing the parts of life that are inaccessible to people with disabilities, and make efforts to rectify that.

Priti Salian
Do you know someone else who would enjoy this story?
The Mom Who Refused To Give Up

Reconstructing Dad
Don’t miss one more amazing story.
Every week, we’ll send a few of our favorite stories to inspire you.
Send this to a friend
Scroll to top