Racing From Pain To Passion

When she was diagnosed with ulcerative colitis, Sarah McPherson thought she might never do sports again. Now an indomitable triathlete, they call her the Fearless Warrior.
ulcerative colitis 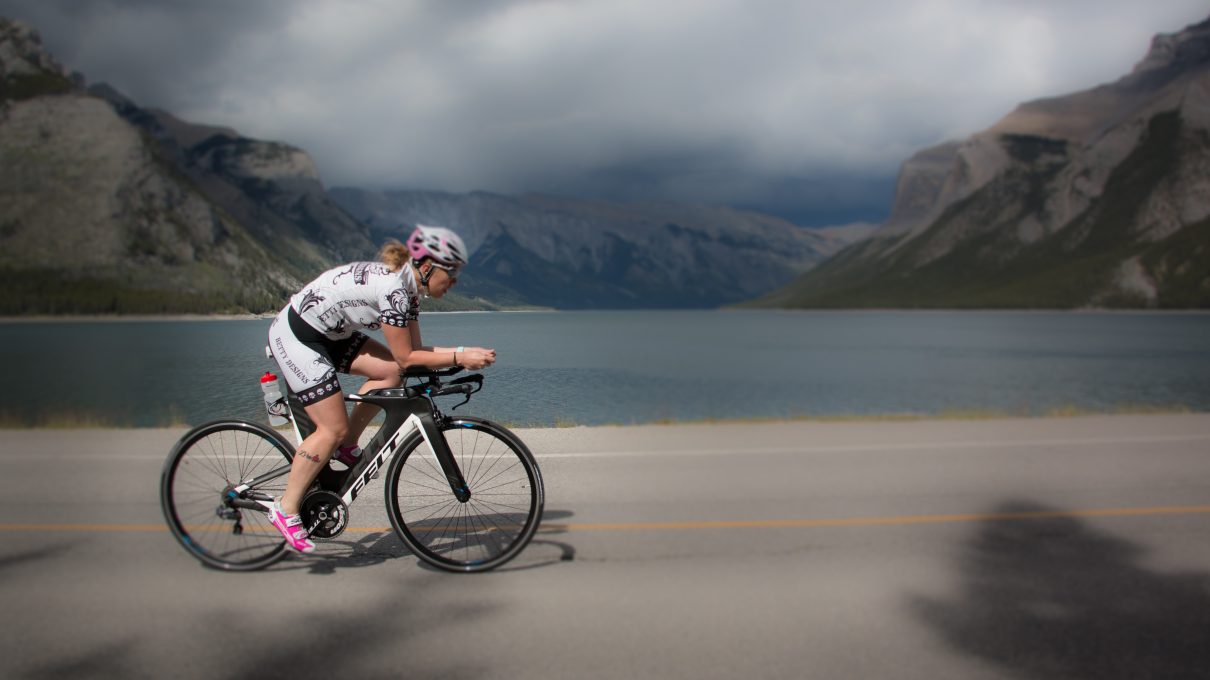 The day before the Ironman 70.3 Hawaii, triathlete Sarah McPherson’s ulcerative colitis flared up after months in remission.

She had been training for this event for half a year and had traveled more than 3,000 miles from Banff, Alberta, Canada, to Kona, to compete in the grueling race — a 1.2-mile swim, 56-mile bike, and 13.1-mile run.

Now, the day before the event in 2013, she was doubled over in pain, her bowels and colon on fire, not sure if she’d be able to race, let alone leave her hotel room. 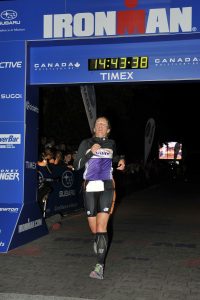 “When (the ulcerative colitis) is really bad, it’s so painful it’s like you’re getting a knife stabbed into your stomach,” says McPherson, 39. “It’s like someone scraping your insides. You (feel) gassy, but all that passes through you is blood.”

Almost as bad as the pain is the emotional kickback from a recurrence, the last thing McPherson needed before the physically and emotionally demanding race.

“You get scared (the disease is) starting again,” she says.

For years, fear, born after her diagnosis, had kept her from things she loved.

Her symptoms began in 2003 when she was in her early 20s, although the illness took a few years to diagnose. It started with digestive difficulties and evolved into excruciating abdominal pain. Then, she started bleeding from her colon.

“I didn’t know what was happening to me,” she says. “I was so sick, and I was in so much pain… It progressively got a lot worse.”

An inflammatory bowel disease, ulcerative colitis is without a cure. If a patient is lucky, it can be regulated with the right medication. Numerous ulcers form in the digestive tract, affecting the inside lining of the large intestine and rectum. The sores often swell and bleed, causing debilitating pain.

“It was so hard to get going in the morning,” McPherson says. “I was in so much pain, and by the time you get through the pain, you’re exhausted.”

To prevent flare-ups, she adjusted her diet and lifestyle and tried different medications. It took nearly seven years to find a combination that worked.

In 2010, the medication Infliximab showed promise to regulate ulcerative colitis. It worked for McPherson. She went into remission and, as her health became more stable, she began the process of overcoming her fear and learning to trust her body again. 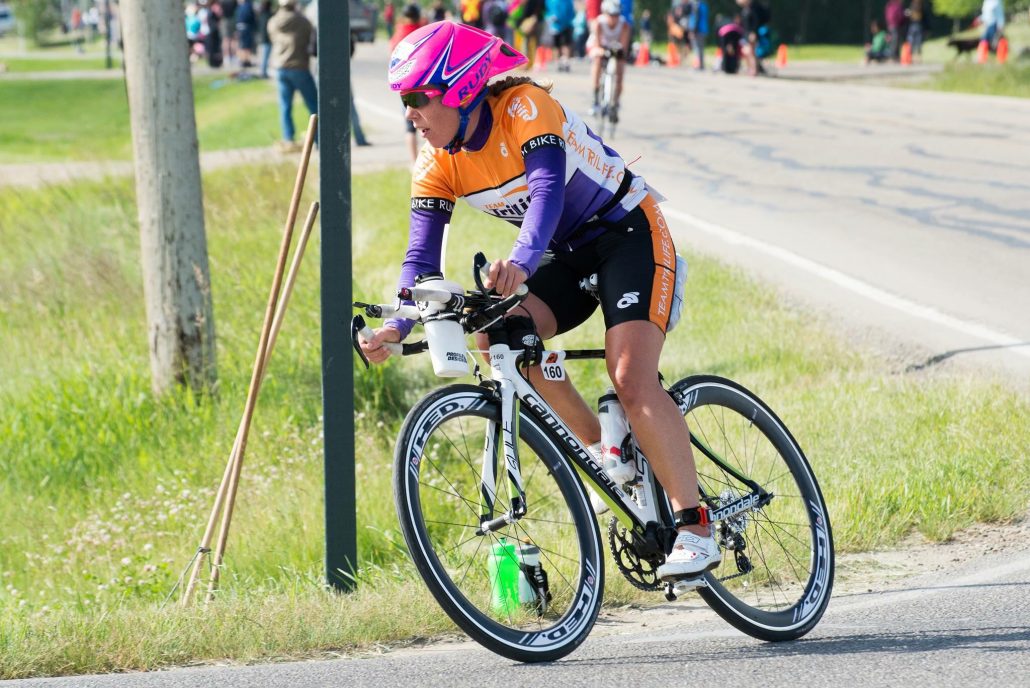 Initially, McPherson was scared to race with her condition. “I was so scared that if I pushed my body too hard I’d go out of remission, and I’d get a flare up. I was always nervous about that, so I’d hold myself back,” she says. Photo: Ken Anderson.

She also started rebuilding her identity. Around the time she went into remission, a colleague of McPherson’s at an arts organization participated in a short triathlon. McPherson’s curiosity was piqued. She’d been a competitive swimmer when she was younger, and she could bike and run. She wondered if her body could handle the strain of doing a triathlon, could handle being pushed to new limits.

She decided to give it a try and enrolled in a short race in Calgary, the largest city in the province of Alberta, 80 miles east of her home in the Canadian Rocky Mountains.

She finished the race and was hooked. She amped up her training.

Because training means “putting your body through stress…I was so scared that if I pushed my body too hard I’d go out of remission, and I’d get a flare up. I was always nervous about that, so I’d hold myself back,” she says.

But, week after week, as her body proved it was able to withstand the physical training, McPherson turned to training her mind.

The support of her partner, family and loved ones was imperative throughout the training and during races and was a key source of strength for her.

“Just seeing my family out there (on the sidelines), all these people who support you for a year while you’re training, is amazing.”

Since her first triathlon in 2007, McPherson has completed 11 Half Ironmans and is a two-time finisher of the Ironman 140.6 Whistler in British Columbia — a 2.4-mile swim, 112-mile bicycle ride, and a full marathon, a 26.2 mile run that took McPherson just under 15 hours to complete.

When it comes to doing an Ironman, everyone has their own story, she says. “Everybody’s going through something, or someone in their family is. They are doing it for some reason.” 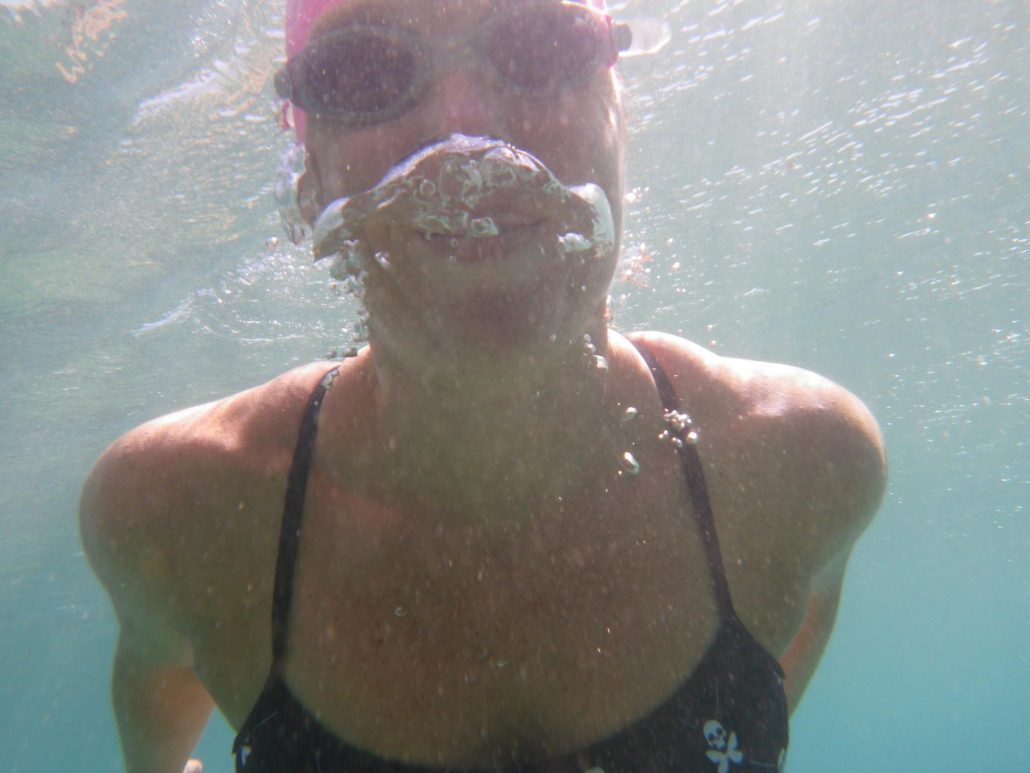 A swimmer in college, McPherson is a natural in the water.

Her story is not letting ulcerative colitis hold her back.

“I wanted to prove to myself that I could complete (these events) and not get sick. It was a way to empower other people… to not let a disease run your life.”

McPherson calls herself a Fearless Warrior; the words are tattooed on her left forearm. It’s also the name of her business. Through her journey to becoming a triathlete, McPherson discovered her vocation: she is now a certified triathlon coach and a personal coach, helping people find the mental strength to reach their goals.

She coaches everyone from ordinary people looking to do their first triathlons and “age-groupers” — people training to achieve top times in their age categories.

“I love seeing people do something for themselves, create changes in their lives.”

“I wanted to prove to myself that I could complete (these events) and not get sick.”

Her reputation for being fearless and courageous in the face of her disease has drawn others with health challenges to work with her.

“They relate to me,” she says, noting that their faith in her was an unexpected bonus to the joy of discovering her passion for coaching. “You never know who you’re inspiring.”

Reflecting on her disease, McPherson traces a path from past to present that shows how ulcerative colitis led her to achieve more than she ever dreamed. She doesn’t romanticize the disease or think she’s only achieved her success because of it, but she recognizes — and respects — the role it played in helping propel her forward, prompting her to decide who she wanted to be and what kind of life she wanted to live. In other words, she turned a painful problem into a passion. She found a bright and shiny silver lining that she keeps polished with every stroke, pedal, stride. 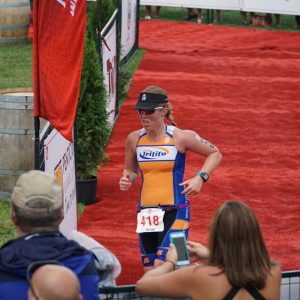 “If there are people out there who have dreams and things they want to do in life, just do it,” McPherson says. “What do you have to lose?”

“I was a very shy and timid person who didn’t have this audacious dream of what she wanted to do. But doing a triathlon, it built that confidence, determination, tenacity and courage to pursue other things in my life… to follow what I wanted to do in life, follow my dreams.”

This kind of personal transformation is what she desires for her clients — for them to overcome fear and become warriors of their own choosing.

“If there are people out there who have dreams and things they want to do in life, just do it. What do you have to lose?”

Before the Ironman 70.3 Hawai’i, when her ulcerative colitis reared its ugly face at the most inopportune time, it was McPherson’s mental training, the work she’d done on her inner life, that got her to the race’s start line. And what is more, it got her to the finish.

That day, she proved to herself every moment of that gruelling, seven-hour race, every inch she moved forward, every pang of pain she fought through, that she was a warrior.

“I worked through the fear,” she says. “It was really hard. But I did it.” 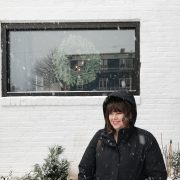 When Embarrassment Can Kill
Molly Williams
Fighting Diabetes, One Water Bottle At A Time

What It’s Like Going Deaf In Your Thirties
Don’t miss one more amazing story.
Every week, we’ll send a few of our favorite stories to inspire you.
Send this to a friend
Scroll to top