Raising Children When You Have ADHD

Does having ADHD yourself affect the way you parent your own kids? Author Timothy Denevi had first-hand knowledge with both.
adhd 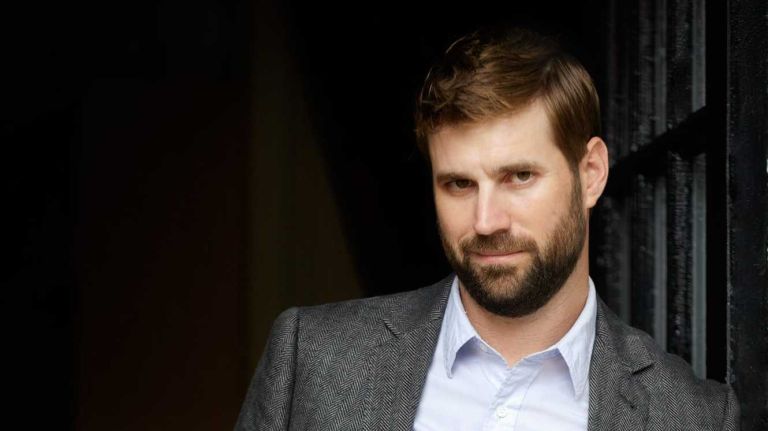 Diagnosed with ADHD when he was six years old, Timothy Denevi was the kid who couldn’t sit still, who spoke out of turn in class, who was humiliated by teachers who didn’t have the training or temperament to manage his issues constructively. He saw therapists and once threatened to kill himself in front of his mother after being put on Ritalin. Yet underneath all the madness was a sweet, vulnerable boy with an unusually high degree of self-awareness who was struggling to gain control over his life.

Denevi chronicles that fight in Hyper, a moving and thoughtful memoir that tells parallel stories of his own personal experience of ADHD alongside a clear but critical exploration of the medical history of ADHD, and the psychological theories, drug treatments, mistaken beliefs and advances surrounding it.

The kid who was ejected repeatedly from his third-grade classroom and made to sit by himself in the hallway is now a 39-year-old assistant professor at George Mason University. Married and the father of an 11-year-old son and a 4-year-old daughter, he is also the author of Freak Kingdom, a recently-published book on Hunter Thompson. We wondered about the legacy of ADHD on his life and how it influenced his role as a parent.

What form does your ADHD take now as an adult?

What are some consequences these days of that restlessness or putting too much energy into a sport? What’s the effect on you?

With a sport, it’s fine, because as long as I don’t get hurt while I’m doing it, it tends to burn off the restlessness. [Other times,] it can throw me out of whack, like either trying to complete or finish a work of art I’m struggling with or by overreacting to and having a tough time planning out my work schedule at the university I teach at. I just [went through] a situation where for almost every instant of the day I felt overwhelmed and at the end of my abilities to be able to achieve all the different tasks I had to, because of poor planning and of overextending myself.

You’ve said that you believed that members of your family, particularly your grandfathers, struggled with ADHD-related issues. Do you see any of those traits in your own children?

I don’t see the need to burn off this excess restlessness in my children that I see in my family tree.

My son is a sweet boy. Like anyone his age, he can get distracted. He can play a video game for like 12 hours. I think he’s a normal kid. My daughter—she’s [more like me]. She’s like many of the women in my family. Her personality is very vibrant. She’s brilliant, but she is very fierce and determined and willful and exuberant. I think there’s a chance she may have some conflict because of her personality within the strictures of school, but it’s hard to say. Sixth grade was a nightmare for me, but my son is halfway through it and he’s doing great. My daughter is brilliant. She’s different than I ever was, she can sit and color a full book. She did blocks the other day. I always had to be active. I would make, like, sports games. My son is not like that. My son likes video games or he just likes to chill out. So I don’t see the overactivity. I don’t see the need to burn off this excess restlessness in my children that I see in my family tree.

You wrote a candid and revealing essay for Time magazine called “ADHD in Adulthood: To Prepare for a New Baby, I Had to Prepare My Mental Health.” You said that you thought ADHD was part of your past, but that understanding changed when your first child was born. How so?

You want to serve yourself in terms of rhythm and you’re afraid that people around you will suffer. It was a really hard time when my daughter was born. I had a new job. I was suddenly working more than I ever had. I didn’t have time to write. My wife was busier. We suddenly were strapped financially because we just bought a house, which was lovely but was difficult. It’s finally only gotten better in the last six months because my daughter’s over four years old now, we can just talk and engage, where she would just scream in the past and I would get really upset by that. I’d never been so overwhelmed as I was these past four years, working as much as I was, having a job that I didn’t understand that I’d be so busy and having that take away from my writing time.

You’re afraid that people around you will suffer.

Yet you took on another book project on Hunter Thompson. How did you manage all your responsibilities without super stressing out?

To finish the Thompson book from November 15 to March 15 of last year, I put myself on a nighttime schedule. I woke up at 5 PM and worked until 10 AM and went back to sleep. It was good because I saw the family from 5 to 7 in the evening and saw the family from 7 to 9 in the morning, but I didn’t see anybody else. I was close with them, but it was a way to avoid email distraction and politics and Internet distraction. I didn’t think I was going to make the deadline, and I was glad when I got it done. 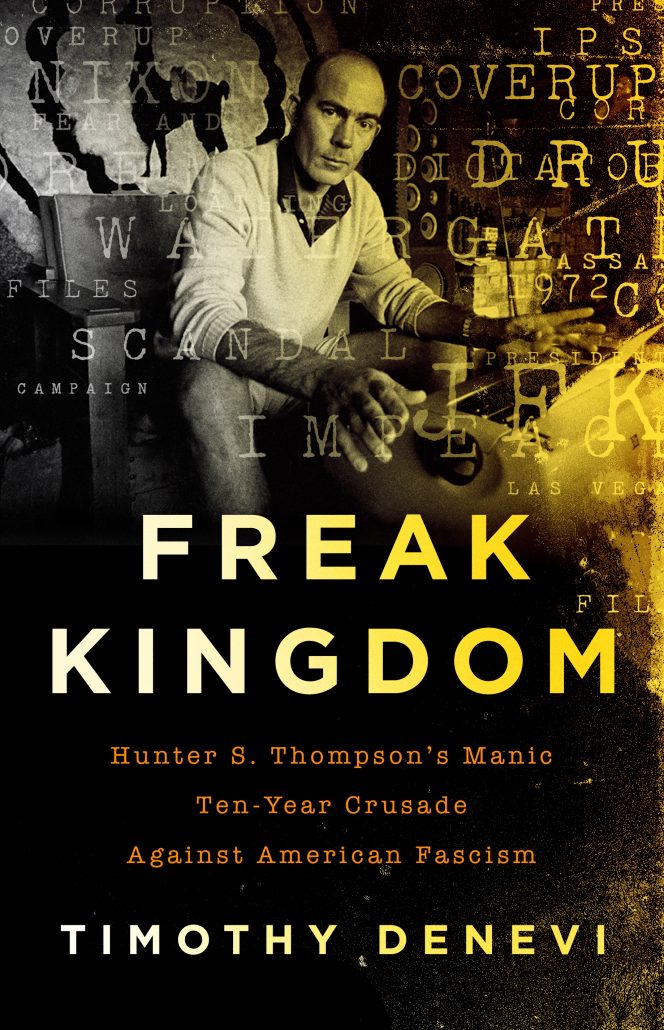 To finish Freak Kingdom while managing his family and ADHD, Denevi had to put himself on a night schedule for six months.

After taking a deep dive in your life in Hyper and trying to make sense of your early years, how did that knowledge influence you as a parent or the way that you parent?

You start to see yourself as older versions of your children.

It helped with my son Jack. I think I was aware at the moment during which you stop seeing younger children or even 18-year-olds that you’re teaching as younger versions of yourself, but you start to see yourself as older versions of your children. And that gave me a lot more empathy toward students that I was interacting with. My son and I have a very nice relationship. [Because my wife traveled so much for her job, I spent a lot of time alone with Jack after he was born.] I spend a lot of time with [my daughter now], but I have to go to Virginia three days a week to teach, so I don’t have that luxury of time I had with my son. I have to manage things better.

In Hyper, you write about the time you were on Ritalin and threatened to kill yourself in front of your mother with a butter knife. You go on to write: “How would you respond if your own son, in the midst of taking a stimulant for hyperactivity, told you he was going to kill himself?” As a parent yourself now, how would YOU answer that question?

I would just try to do whatever I could to be there for them. The brain is often at its worst when the child is between 11 and 18 or between 9 and 20. Those are difficult times. The brain is the most complicated thing we’ve ever studied. The problem with the brain is that the variables are as many as the atoms in the universe. What’s fascinating when writing about ADHD is to see doctors really struggle to understand how to interact with these young men and women who are having such a tough time. There’s no right answer. 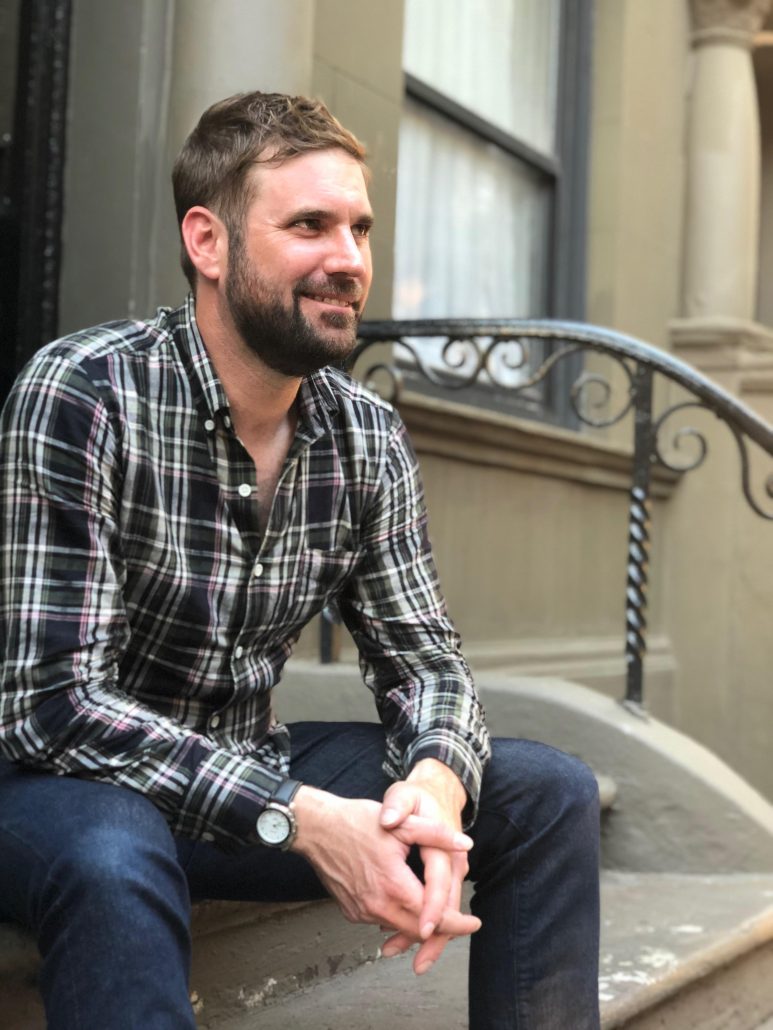 Whether they inherited his ADHD or not, Timothy Denevi just wants to parent his kids with understanding.

For parents who don’t have children with ADHD, what should they know about parents who are raising a child with ADHD?

The behavior is variable. Just because someone comes over to your house and has a tough time and might cause a scene or might be difficult doesn’t mean that that’s the version of the child that always exists. I think it’s pretty easy if you don’t have kids to be like, “Oh, your child is the child who can’t sit still,” when in fact it’s all about environment. There are moments when a child who is deeply overactive can be very still and engaged in a way that would surprise those parents.

It always gets better. It really does.

What advice would you give to parents of a child with ADHD-related issues?

It always gets better. It really does. The effort that’s put out by the parents will pay off exponentially down the line. If you’re a parent who can minimize the conflict that comes from ADHD in order to help your child through the conflict or to get perspective on the conflict, that’s the best way. Here’s a parent that the child knows will always be there and is not going away. I think that’s the best thing because it’s going to get better later. 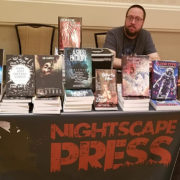 Everday Carry: Type 1 Diabetes
Don’t miss one more amazing story.
Every week, we’ll send a few of our favorite stories to inspire you.
Send this to a friend
Scroll to top