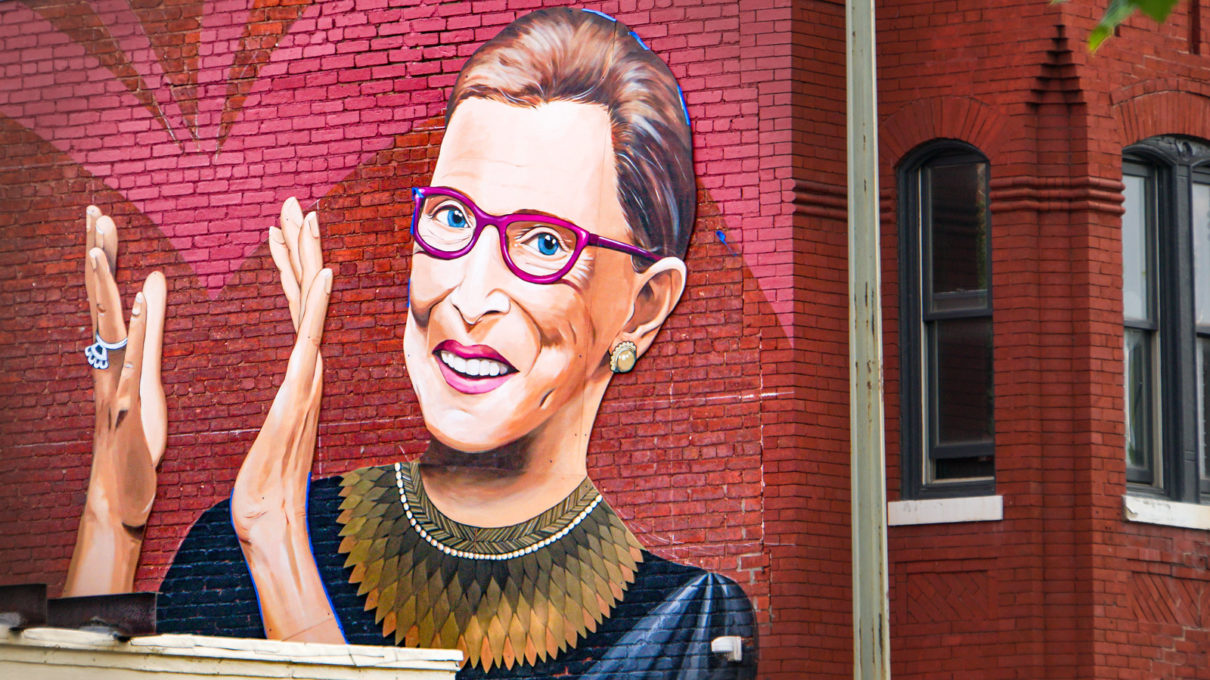 On Friday, the country was rocked by the news that Supreme Court Justice Ruth Bader Ginsburg had died, opening up yet another seat on the highest court in the land for Donald Trump to fill.

And like millions of Americans, the news filled my heart with dread. Because, on a personal level, I know how much we have to lose with her replacement.

I remember exactly where I was when I heard the Affordable Care Act was enacted. I was sitting in a meeting with my boss at a Boston hospital. We were chatting about a project, when she glanced down at her phone, and a huge grin spread across her face. “It’s passed!” she yelled.

My colleagues crowded in the doorway to hear her read the first few paragraphs of an article on CNN. They cheered and applauded.

Working in health care, I was surrounded by people who understood the gravity of the bill’s passage, at least in the abstract. But for me, it was personal. I live with not one, but two pre-existing conditions.

As I walked back to my cubicle, tears of joy streamed down my face.

The ACA Shielded Me From The Unknown

I was diagnosed with rare spine and spinal cord defects at the age of 14. At the time, I had no symptoms. But my doctors told me that could change as I got older. They didn’t know when exactly symptoms would start, or how bad they’d be. They urged me to brace myself for what lay ahead.

It seemed like nothing stood between me and the cold, hard arithmetic of an underwriter deciding my life wasn’t worth the price tag of my treatment.

When the ACA passed, I was 24, and still healthy. Even so, because of my conditions, I couldn’t help but feel terrified of being abruptly dropped by my insurer or suddenly charged a premium I couldn’t afford. It seemed like nothing stood between me and the cold, hard arithmetic of an underwriter deciding my life wasn’t worth the price tag of my treatment.

With the ACA in place, it felt like someone had put up a shield around me.

I had no idea just how much the law would protect me. Within only a year’s time, in March of 2011, my spine issues erupted. With them came debilitating neck, back, and nerve pain.

In one moment, I was working long hours at the job I loved, going to the gym nightly, volunteering weekly, and hosting dinner parties for friends on weekends. In the next, I couldn’t stand up for more than 15 minutes at a time, lift a bag of groceries, or even turn my head to look at the person next to me without excruciating pain.

I didn’t bother looking at the ACA because, for some prideful reason, I thought it was meant for people worse off than me.

For almost a year after the onset of symptoms, I struggled to keep up with work. But the harder I pushed myself, the worse I got. I could barely drag myself to and from the office daily. As soon as I arrived home, I’d collapse into bed, in tears and unable to move from the intense pain.

I realized something had to give. Eventually, I decided to stop working full-time and move back home to Connecticut.

Desperately searching for treatment and therapies that might help, I needed high-quality insurance more than ever. I didn’t bother looking at the ACA because, for some prideful reason, I thought it was meant for people worse off than me. I also assumed it wouldn’t provide the level of coverage I needed or be as affordable as people said.

Instead, I decided to purchase insurance through COBRA, which allows you up to 18 months of coverage through your former employer.

The cost of my premium?

With me working sparingly as a freelancer, and my husband in law school, the bills—both my premium and the copays—quickly piled up.

The only reason we could afford the astronomical out-of-pocket costs was that we had gotten married earlier that year. Over the first six months after I stopped full-time work, we spent almost the entirety of the money we received from family and friends on my health care.

With our bank accounts inching toward empty, I finally decided to go on to the ACA health exchange and look at the plans.

I was horrified to see what I had been missing out on: high-quality, inexpensive insurance. I could continue to access most of the doctors I needed for my care. And because of our financial circumstances, it only cost a couple hundred dollars each month.

I finally decided to go on to the ACA health exchange and look at the plans. I was horrified to see what I had been missing out on: high-quality, inexpensive insurance.

My relief at finding affordable insurance outweighed my shame for not enrolling earlier. I remained on the ACA for two years, until my husband graduated from school and we could get insurance through his employer.

Today, we remain well-covered through private insurance—and my health has improved dramatically.

But without the safety net of the ACA during those precarious two years, I truly don’t know what we would’ve done: How we would’ve paid for insurance. How it would’ve affected our ability to pay for other basics, like food and utilities. What kind of strain it would’ve put on our relationship. How helpless and burdensome I would’ve felt—all on top of the heartache of a sudden disability.

Even though my health has stabilized, I still sleep better at night knowing that if that ever changes, the ACA will be there to help.

What RGB’s Death Means To Me

Years from now, I know I’ll recall the news of Supreme Court Justice Ruth Bader Ginsburg’s death in the same vivid detail as I do the ACA becoming law.

My husband and I were sitting at my parents’ dinner table, celebrating my dad’s 68th birthday. We had just finished a pasta dinner, when I looked down to see a text.

I knew, immediately, what had happened, and within a few seconds, what it meant for health policy.

We not only lost a tremendous champion for human rights, especially women’s rights; we also lost an advocate for affordable access to health care for all Americans.

The Future Of The ACA Is In Jeopardy

The Supreme Court is scheduled to hear a case about the ACA’s validity in November, just a week after the election.

It’s not the ACA’s first trip to the highest court in the land; it was challenged and upheld in 2012 and again in 2015.

In this most recent case, a coalition of Republican state attorney generals, supported by the Trump Administration, has brought forth a suit contending that because the tax penalty on Americans without health insurance—a key part of the original ACA—was eliminated by a 2017 law, the entire ACA is invalid.

I and millions of others with chronic health issues are hopeful the law will survive, again.

But for now, there is one less judge to protect it.

Lupus Prepared Me To Survive COVID, But Society Wants To Sacrifice Me Anyway
Meghan Beaudry
Ask Ada: Remote Schooling Might Be Hurting My Son’s Mental Health

The Explorer Proving Travel Can Be Accessible To Everyone
Don’t miss one more amazing story.
Every week, we’ll send a few of our favorite stories to inspire you.
Send this to a friend
Scroll to top