Rosa Parks and the Hard Cost of Activism

Civil rights activist Rosa Parks' seemingly simple decision to keep her seat on the bus took on a life of its own. But it also largely overtook her life... and her health.
dementiaulcers 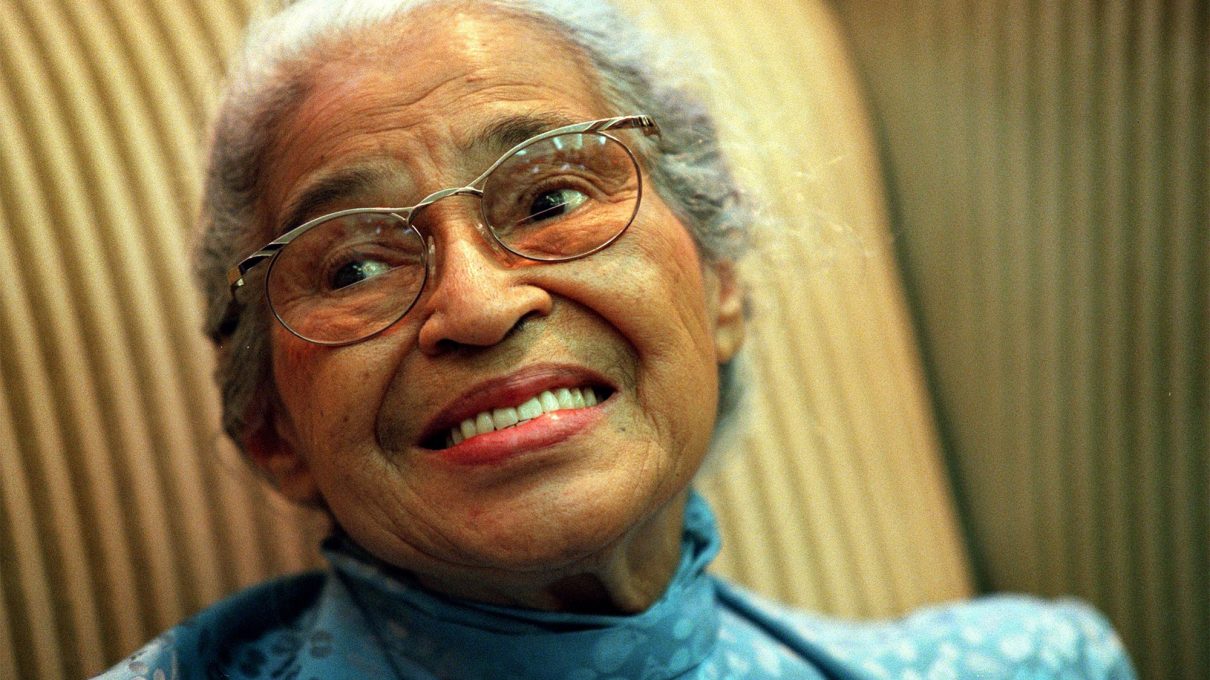 Happy Martin Luther King Jr. Day! As we pause to acknowledge the great men and women who have pursued civil rights reform in this country, let us not also forget that they often did so while simultaneously managing health conditions. This story from our archives, originally published on July 13, 2017, shows how chronic illness and civil rights intersected in the life of one of Reverend King’s personal heroes, Rosa Parks.

When she refused to give up her seat on a segregated bus in Montgomery, Alabama on December 1st, 1955, Rosa Parks became a civil rights icon. But it wasn’t without cost. The personal aftermath of Parks’ courageous one-woman sit-in was a bumpy ride, though, a road marked by potholes related to the young leader’s physical and financial health.

Parks’ refusal to give up her seat kicked off the yearlong Montgomery Bus Boycott, one of the first major milestones of the Civil Rights Movement. Other activists had refused to give into the racist seating system before Parks, then the secretary of the Montgomery chapter of the National Association for the Advancement of Colored People (NAACP). But it was the mild-mannered department store clerk whose case ultimately led to the desegregation of the Alabama city’s public transit system. Parks later stated that to stay focused on her purpose, she often thought of Emmett Till, the African American teenager from Mississippi who had been lynched only months prior for whistling at a white woman. 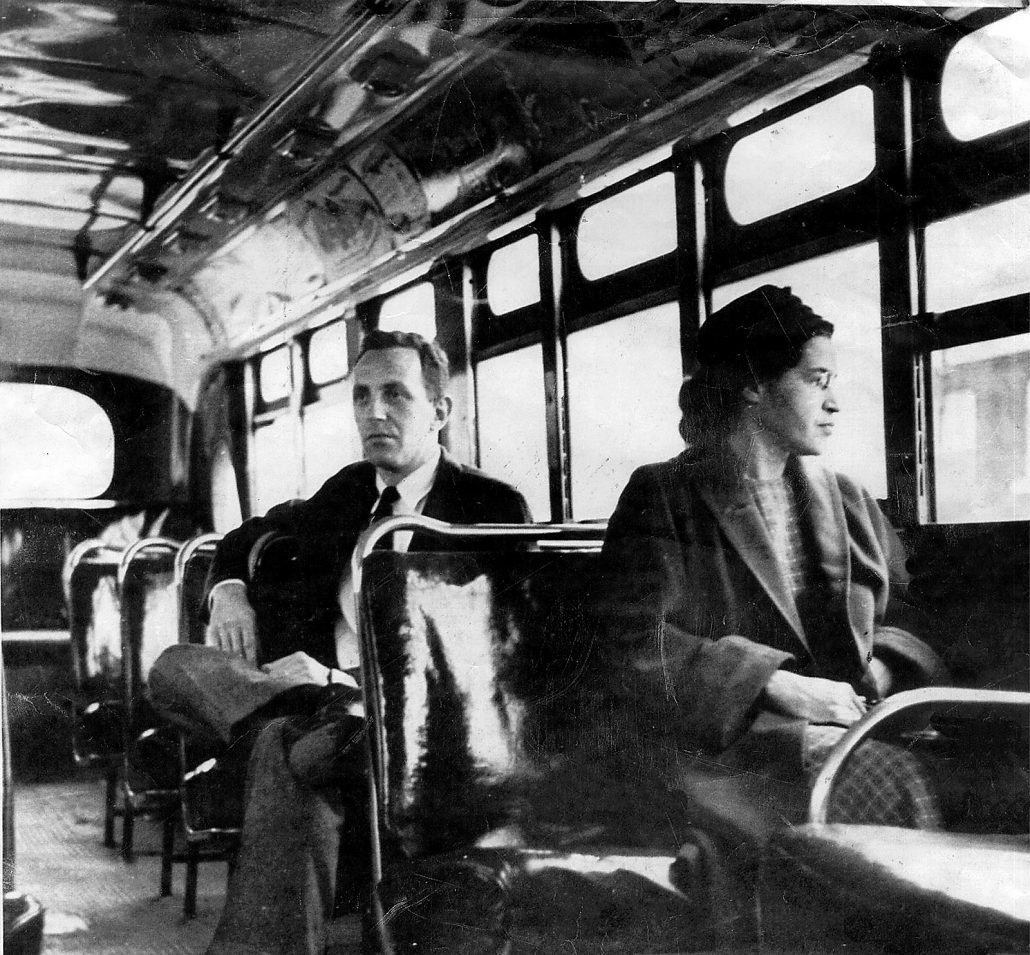 This  undated photo shows Rosa Parks riding on the Montgomery Area Transit System bus. Parks refused to give up her seat on a Montgomery bus on Dec. 1, 1955, and ignited the boycott that led to a federal court ruling against segregation in public transportation.

Activism is rarely simple or straightforward. For Parks, though she was a longtime activist, her pivotal place in history was somewhat accidental. She has said repeatedly that she did not mean to get arrested that particular day, only that she was worn down by one too many indignities of existing in public space and simply didn’t immediately move to her assigned place.

Several days after she was arrested for refusing to give up her seat, Parks went to trial. That day, the Women’s Political Council–a local activist organization–distributed 35,000 leaflets encouraging other African Americans to stay off public transit. Activists coordinated carpool systems; an alternative public transportation system–one that was by and for African Americans–sprang up overnight.

Naturally, Parks volunteered as a dispatcher, urging riders and drivers:“Remember how long some of us had to wait when the buses passed us without stopping in the morning and evening.” Soon, tens of thousands of Montgomery residents–not just African Americans–took to walking everywhere as a show of support.

Parks’ seemingly simple decision to keep her seat on the bus had taken on a life of its own. But it also largely overtook her life… and her health.

In her award-winning book, The Rebellious Life of Mrs. Rosa Parks, historian Jeanne Theoharis writes that during the bus boycotts, Parks developed ulcers. Her physician put her on a milk diet, which was very expensive; later that year, she underwent some gynecological-related surgery, adding to her mounting medical bills. Her health issues were exacerbated by burning the candle at both ends: letters that Parks wrote home detailed how much she enjoyed traveling to give speeches and radio interviews, even as it wore her out. 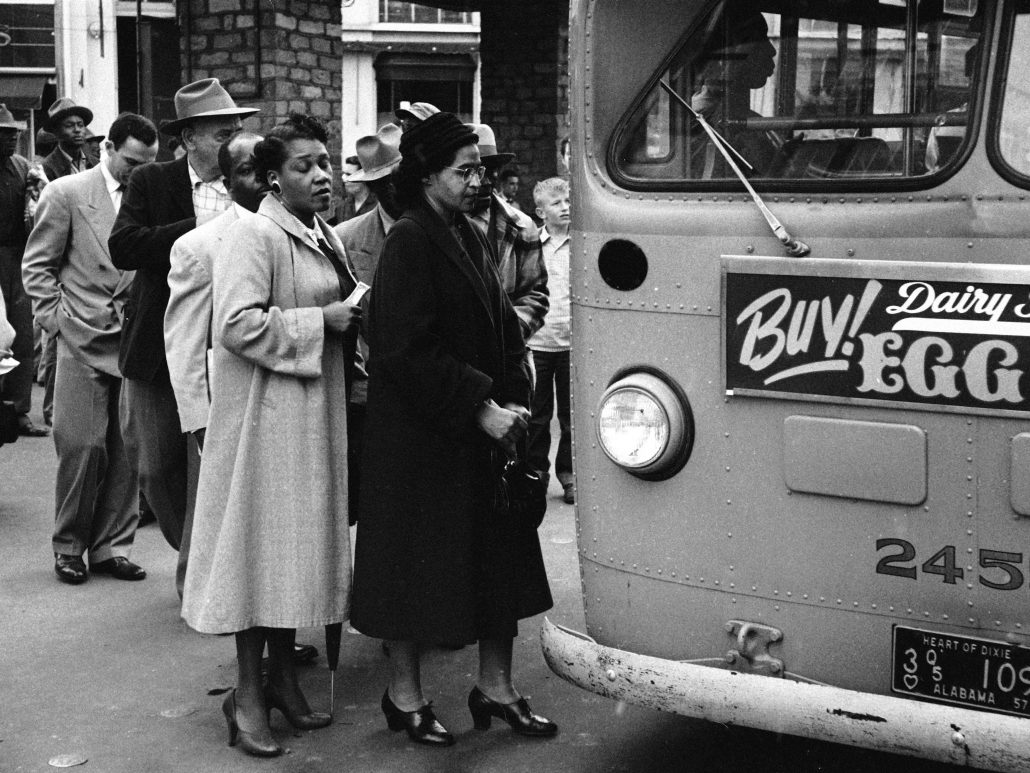 Rosa Parks waits to board a bus at the end of her boycott. Photo: Don Cravens

Eight months after the  bus boycotts ended, Parks, her husband, Raymond, and her mother, Leona, remained unable to find work. Harassed constantly by hate calls, the family chose to move north to Detroit, but soon, Rosa left her family and temporarily  moved to Virginia to take a job she’d been offered as a hostess at an inn at a historically black college. Parks wrote to her mother that she felt she needed to stay in Virginia to make money “but I can never tell when I will get sick or be upset about something.”

At the end of 1959, a brutal year for the family, ulcers put Parks in the hospital. The hospital bill was over $500, the same year that the family’s income tax returns show a total annual income of $661. Like today, where crowdfunding sites like Indiegogo are all too often expected to pick up the slack of a broken insurance system, Parks’ friends and family came together to raise money on the family’s behalf. Even so, the financial burden of Parks’ illnesses remained heavy.

Finally, Parks–long nearly unemployable due to her notoriety–was able to find a well-paying job. In 1965, after volunteering for his campaign, Parks secured a position with newly elected Michigan congressman John Conyers, a job that paid several thousand dollars and provided health insurance. Parks stayed on as an assistant to congressman Conyers, who is currently the longest-serving member of the U.S. House of Representatives, until her retirement more than 20 years later.

Even with stable work, she continued to struggle. In the late 1970s, Parks experienced more setbacks when she fell on an icy sidewalk and broke two bones that subsequently caused her serious chronic pain. Her husband, Raymond, died in 1977, and Parks cared for her aging mother, Leona, who eventually succumbed to cancer and geriatric dementia in 1979. 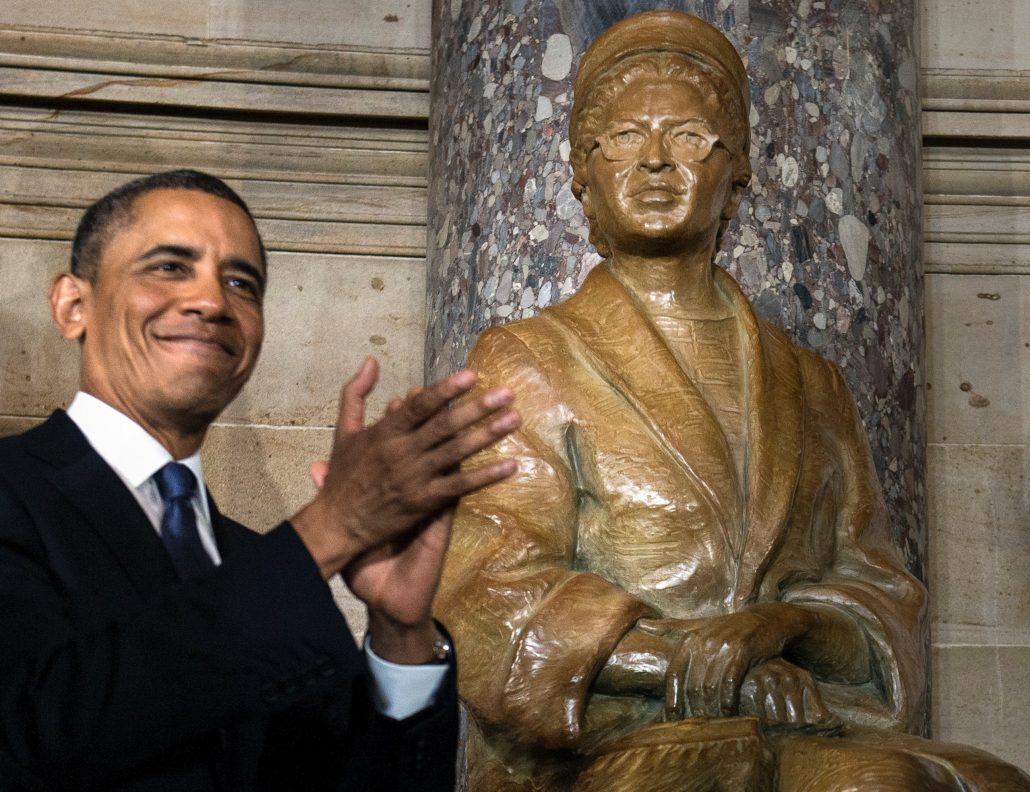 Despite needing the income for medical bills and basic needs, Parks continued to donate the money she earned from speaking fees. A longtime supporter of political prisoners and an anti-apartheid activist, she helped greet South African president Nelson Mandela upon his release from prison in 1990. Her activism continued unabated, with awards and honors too numerous to name, even as she eventually succumbed to dementia. Scholarships in her name for Detroit-area youth have totaled over a million dollars, and her name has been placed on too many roadways, public buildings and public transit-related structures to count.

Rosa Parks was 92 when she passed away in October, 2005. More than a decade later, her legacy of standing for desegregation and prisoner rights continues to loom large in an era when Black Lives Matter activists put their bodies on the line, staging die-ins and filling city streets during marches to protest police shootings of young, often unarmed black men and women like Trayvon Martin, Michael Brown, and Eric Garner. Fighting for basic human rights has never been a simple or straightforward endeavor, and Parks’ legacy is enduring proof that struggles for equality are not uncomplicated acts without great if necessary personal sacrifice. Parks often worked harder than her body seemed to want to allow, but as she once told a fellow activist, “Freedom fighters never retire.” 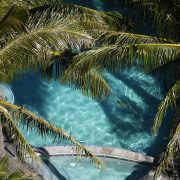 Spider Hands
Don’t miss one more amazing story.
Every week, we’ll send a few of our favorite stories to inspire you.
Send this to a friend
Scroll to top